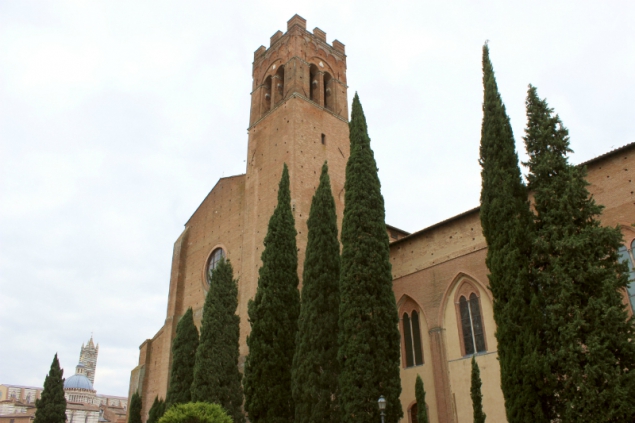 She is one of the two patron saints of Italy – together with Saint Francis of Assisi – and one of the six European patron saints: Saint Catherine of Siena. In her life she was a theologian, a scholastic philosopher and a tertiary of the Dominican Order.

She was born in March 1347 as Caterina di Giacomo di Benincasa as a child of a cloth dyer. Her grandfather has been a poet. Catherine had a twin sister who died in early life and she lost her mother as well at only two years age.

Siena is her birthplace and the house of her early life is still here, incorporated into the sanctuary. 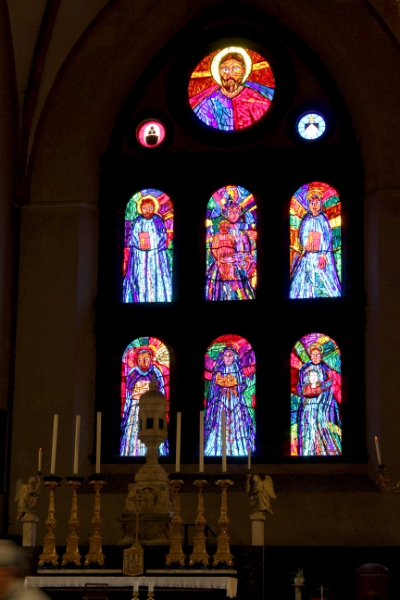 Saint Catherine had her first vision of Christ when she was around six years old. It was then she voted herself to give her life to God. Those times the Christian religion and believe were much stronger than today.

At only sixteen she lost her sister in childbirth and had to marry her sister’s widower. She didn’t want this marriage because of her dedication to God and after a massive fasting her father gave up and let her live the live as she wanted. She wanted an active life out of a convent but following the model of Dominicans. She joined the order of the Third Order of St. Dominic and continued to live her live at home as a tertiary, most in silence and solitude.

After a mystical marriage and talk with Christ’ she became again a normal family member and helped the poor and ill in hospitals and homes, also continuing giving food and clothes to them.

Later she began also to travel, to take influence in political questions and more. She founded a women’s monastery in Siena later. But because of eating less and less she got sick over the years ans eventually died in 1380 in the age of only 33 years after a stroke. 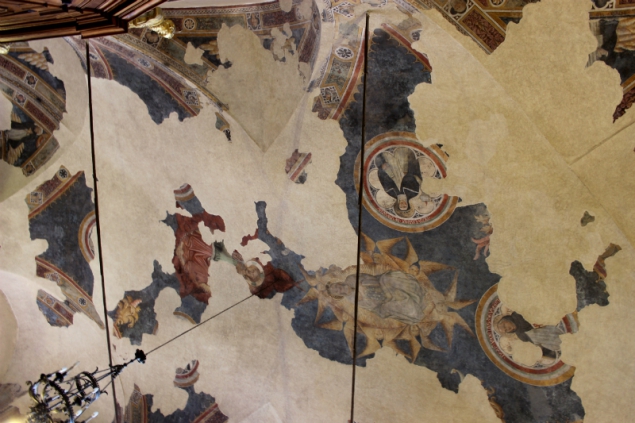 Saint Catherine’s body lies in the Basilica of Santa Maria sopra Minerva in Siena, but her head is inserted in a gilt bust of bronze. Her feast is on 29th/30th April.

The Sanctuary of Saint Catherine is just in the center of Siena not too far away from the cathedral. I loved the calm and not at all over crowded church which gives a lot of peace and not that kind of ‘sensation-feeling’ that comes in others, also beautiful churches but very much visited. Going to Siena the sanctuary is a ‘must go’ where to take some relaxing moments from the bustle of the streets. 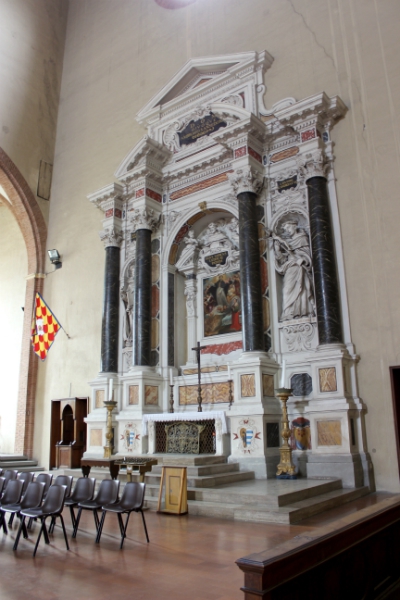 Sanctuary of Saint Catherine in Siena:

For further information:
About Siena
About Tuscany

An Unfinished Masterpiece of Architecture – the Cathedral of Siena
Small Medieval City with a Great History - Siena
This entry was posted in Italy, ON TRAVEL, Tuscany and tagged Siena. Bookmark the permalink.

2 Responses to Saint Catherine of Siena