Sailing with the “Mare Frisium”

It’s the second attempt this year to go with a schooner. Sailing boats are so impressive, wonderful and one of the most attractive transportation – to me. I am no sailor, I have been a few times on sailing boats but I don’t have many occasions to live those moments.

A couple of weeks ago a friend of mine asked me to go with her on the “Mare Frisium” which would be in Travemünde for the famous international sailing competition week “Travemünder Woche”. I agreed immediately and she bought the tickets. 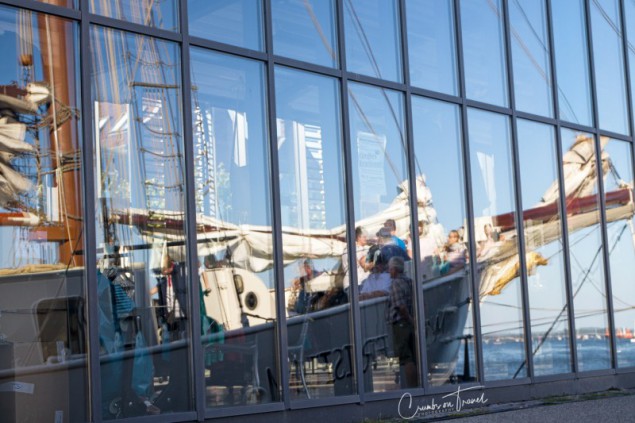 The weather currently is super summer weather, sunny and warm temperatures, perfect for all events. Especially for an evening on a 3-masted topsail schooner.

There were waiting already a lot of people when we arrived to check-in. 90 people can go, but the boat doesn’t look that big. The ship is nearly 50 meters long and a little more than 6.5 meters large, has space inside and outside and the people very soon found a place to sit. It didn’t feel to be overcrowded at all.

A little bit about the history of the schooner: She was built in 1916 in Weert (NL) as a ketch rigged lugger – a traditional fishing boat with lug sails on two masts and a lug topsail, mainly used at the British islands and in France. At that time her name was “Petronella”.

After WW II she was sold to Germany and renamed to the more German name “Helmuth”. She was transformed into a trading motor coaster without masts. In addition, it was modified in the length and her hull became the current length.

In 1960, she changed again nationality and name: Sweden and “Sunbeam”.

33 years later some Dutch brothers brought the lady back and during the following two years she was stripped down naked and redressed completely new to become the beauty of today: a 3-masted topsail schooner with the name “Mare Frisium”. I guess the name refers to the Frisian Sea as the coast of the North Sea from the Netherlands up to Denmark is Frisian land. She has 634 m² of sail area. The main mast is incredible 31 meters high and in case of no wind there is a motor with 359 hp. There is also a possibility to stay overnight, the “Mare Frisium” has 15 cabins en suite.

Her port of registry is Harlingen (NL) but it’s the Nord Event agency that has the young lady laying in Hamburg. Nord Event organizes all sorts of events on the ship – like our evening tour. 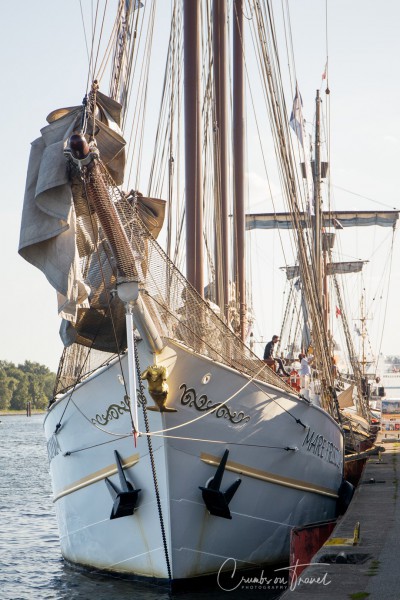 We had a wonderful evening in the sun out of Travemünde. We were also lucky enough that there was wind to put up the sails. Still, the sea was calm and no problem for my friend who normally is not really happy on ships (and especially when thy move).

Following you can see some of the many photos I shot from the ship, towards the land, on the water but also and mainly on the ship. I enjoyed our stay very much and would recommend a tour on a schooner if you have any possibility.

I was also very glad about the really good service on board. In the price there was a welcome drink (water, juice or sparkling wine) and later there was the possibility to have snacks and drinks (Schnaps, Bailey’s(!), wine and much more). In addition, for a little money there was the possibility to go out on a speed-boat. Passengers could also help in putting up/down or maneuvering the sails and the guys and girls were always there when someone had a question or a wish. It was a wonderful experience on the “Mare Frisium”! 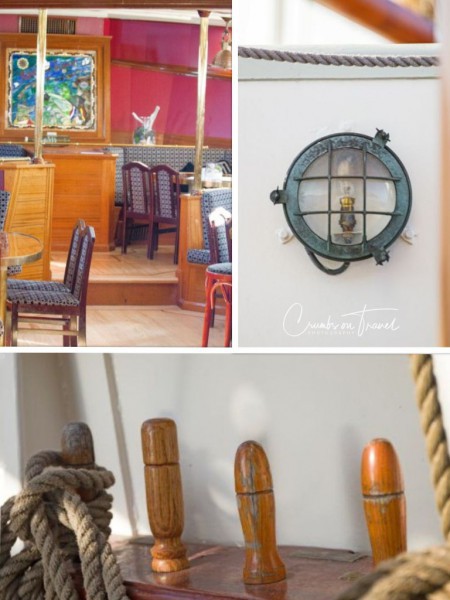 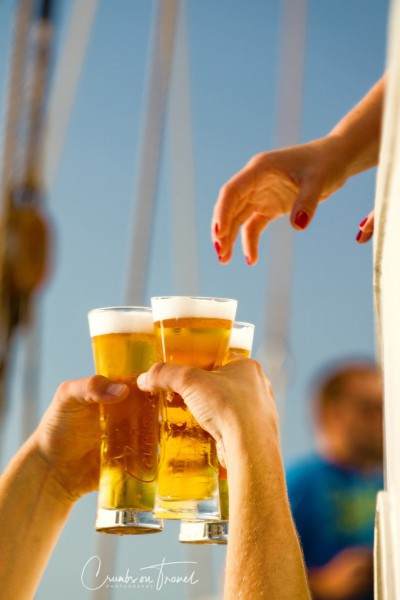 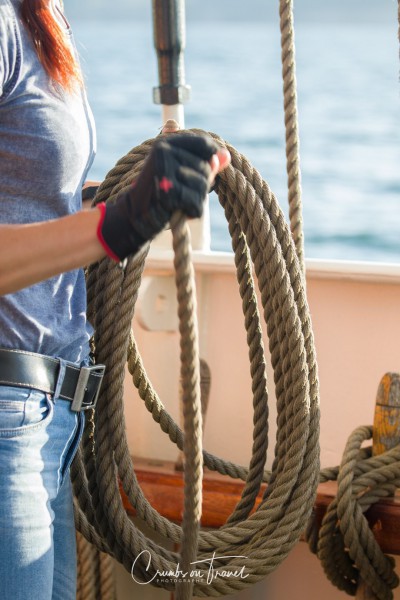 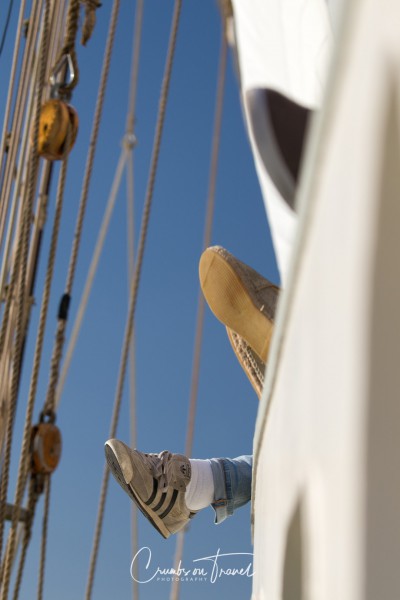 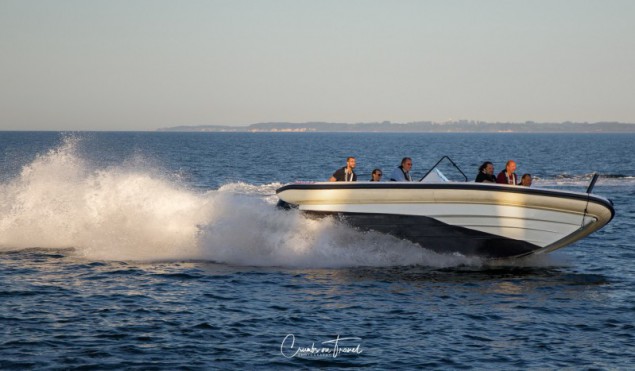 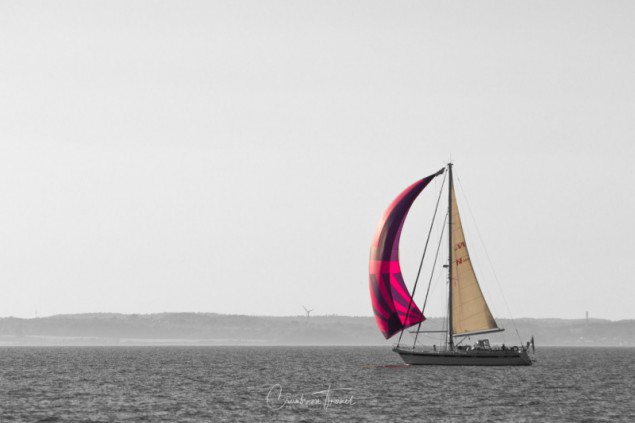 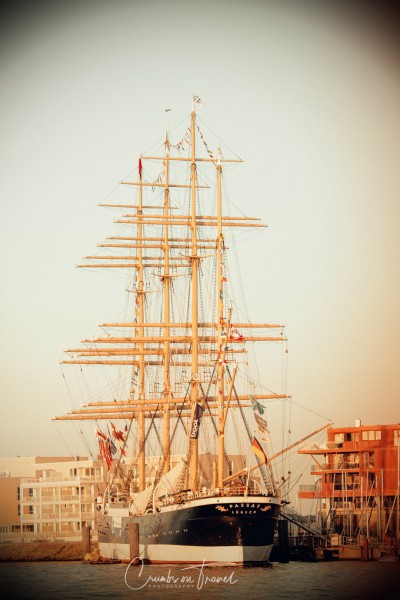 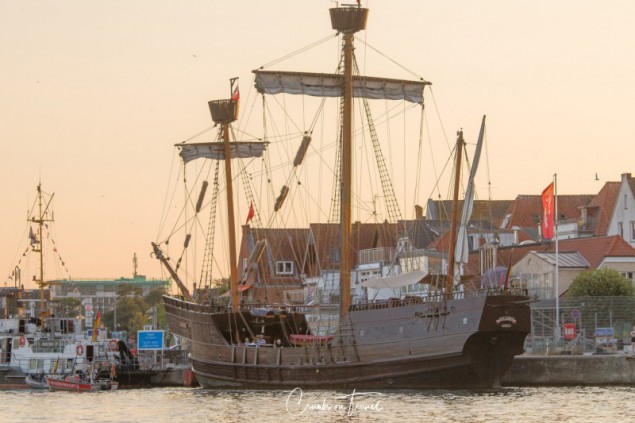 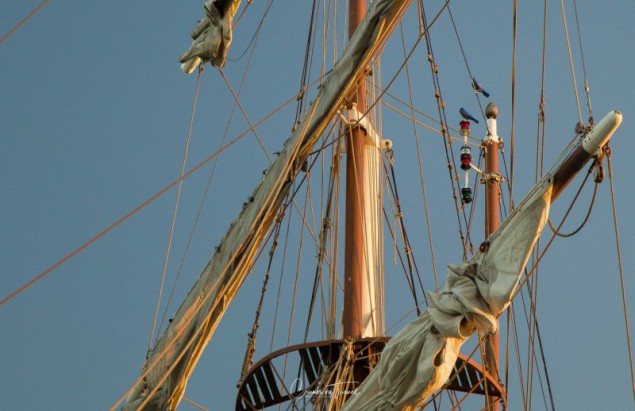 For further information:
More about Travemünde
If you want to have alook at the programm of Nord Event
And they have a page on Facebook
Here is a photo of the previous ‘look’ as “Helmut”

The Place my Mom Used to Live - Travemünde
A Cozy Cafeteria And Home Accessories
A Walk in the Clouds... in Travemünde
This entry was posted in Europe, Germany, ON TRAVEL, Schleswig-Holstein and tagged travemunde. Bookmark the permalink.