River of Times (A Mystery Story) 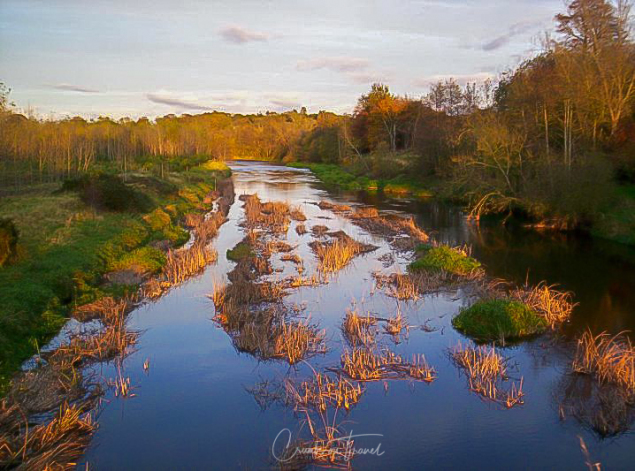 The weather was beautiful. The sun was shining, the air felt velvety soft, butterflies danced through the air and Adelais could hardly believe that it was already October. A perfect day to go swimming. Should she? Why not.

There was a river just outside the village. She had never been there before. Young people sometimes meet along the banks in secret. But nobody ever has taken a bathe in the clean waters of the River of Times. There was a pretty strange legend about. It was said that if you would swim under water you would reappear in a different age. Adelais did not believe in such things. Nonsense, there is no such thing! So why not? At least she could sunbathe in peace and read her book.

She looked for her bag, made some sandwiches, packed a Thermos with tea, took a towel and her book. She put on light clothes, but took a sweater with her to be on the safe side. Then she got on her bike with verve and drove to the river.

The trip alone was wonderful. The trees had already put on their red and gold dress everywhere, almost shining more golden than the sun’s rays. After some time she found a place where a meadow, a little hidden, went directly to the water’s edge. The ruins of the monastery were nearby.

She leant the bike against a lime tree, spread out her towel and sat on it. Oh, what a beautiful view that was! The mountain slopes shimmered golden on the opposite side, the river flowed slowly past her with its crystal clear water. A red kite screamed flying in circles in the sky. He was looking for his lunch. A light wind was blowing, but the air was warm and gentle. 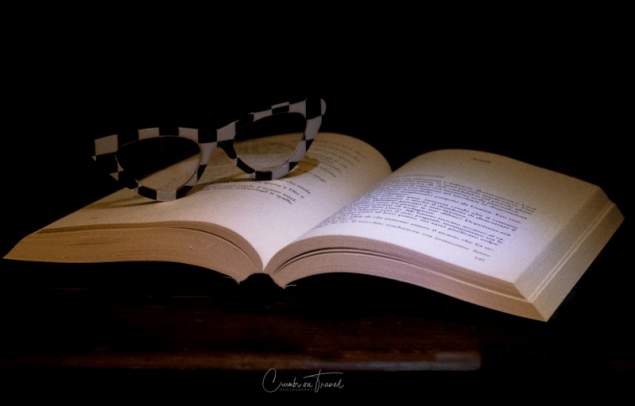 She lay down and immersed herself in her book. A thriller from the Middle Ages. It took place in the nearby monastery. Exciting, every side. Her favorite author. The protagonist was a girl whose name was just like hers. She seemed to be far ahead of her time and knew about herbs and their healing powers. Adelais identified with her well, and not just because of the name. She also knew about medicinal plants. In the novel, the girl had a monk as a friend, whom she helped to solve mysterious events and murders.

She was very absorbed in her novel when a gust of wind suddenly almost tore the book from her hand. She looked up, puzzled, but the flowers swayed only slightly under the insects approaching them. The lime tree didn’t move a branch. There was no wind. Only the river babbled. Strange.

She sat and watched the flow of water for a while. Then Adelais decided to test the temperature with her feet. Hey, that wasn’t that cold at all! Without further ado she took off her shorts and went into the water, dressed only in underwear. Whoa … that was pretty brisk, but she got used to it quickly. She swam a few strokes, turned and looked at her bike. Before she got too cold, she’d better go back. Without thinking about it she submerged the last bit and did a few swimming strokes underwater. She reappeared a little further away and looked at the lime tree Something was different. Where was her bike? She got out of the water, trembling slightly, when a voice said: “Adelais, why are you bathing in the forbidden river?” And suddenly a monk was standing in front of her.