Castles are always such a great fascination as they tell stories within their thick walls. Ajloun itself is a small village but the castle is such an attraction to get more into local history.

On our way to explore more and more the history of the country and at least the history of all of us of course we had a stop at Ajloun castle. It is an Ayyubid castle that was strong enough to defeat the Crusaders eight centuries ago. 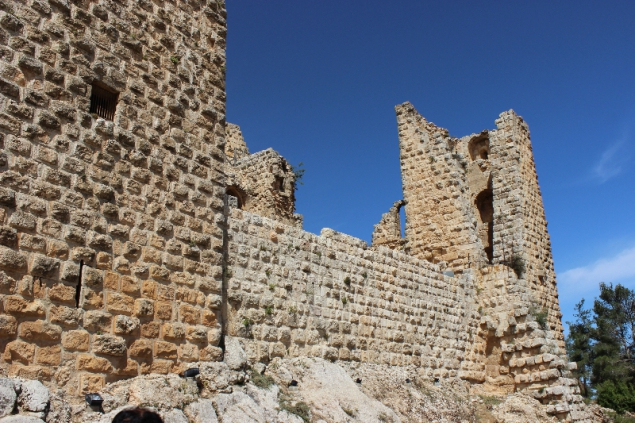 Qal’at Ar-Rabad was the original Arabic name and was built by one of the generals of Saladin around 1184 AD. It was thought to protect the iron mines which were active in this area and the same to control better the trade routes. The Franks were trying for decades to get the situation in their own hand but without success. 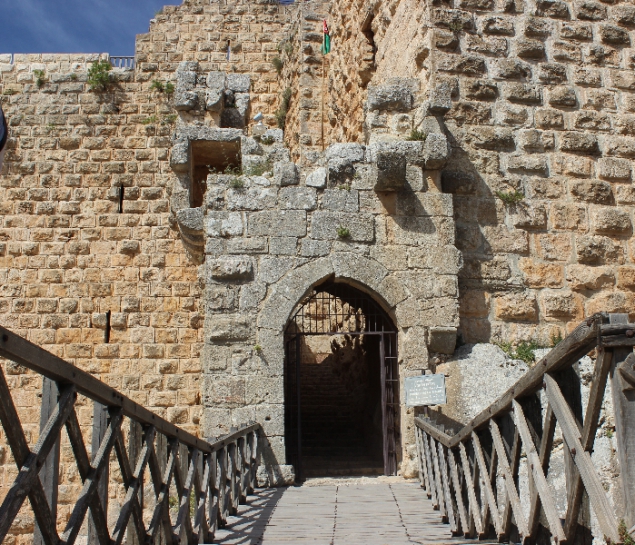 Four towers, arrow slits and incredibly thick walls were a great defense against any enemy. A deep and wide moat was a great challenge as well for attackers.

In 1215 the castle was expanded with a another tower and a bridge, still be seen today and decorated with pigeon reliefs.

Another expansion was made some years later but in 1260 Mongol invaders took the castle and destroyed it partly. Nearly immediately after this a Marmeluk Sultan, Baybars, re-conquered and rebuilt the strategically important place. But it was more in use as storehouse for provisions. Later it was renovated in its original way as it was found an inscription in one of the castle’s towers.

The castle was/is dominating a wide part of the Jordan valley and controlled once three main passages between Syria and Jordan, important for trade and communication. 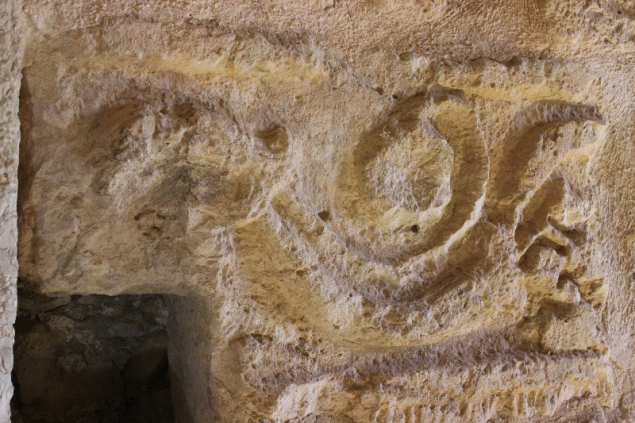 In the beginning of the 19th century a Swiss traveler, J. L. Burckhardt, re-discovered the castle inhabited than by 40 persons only.

Two major earthquakes destroyed a part of the castle in the 19th and 20th century but today it is fixed as much as possible and open to the public.

Ajloun castle is an impressive building which immediately gives the right impression: a place of defense. The street leading today to the castle has a huge Tree of Life on its ground and another on a wall, symbol of the land. The wooden bridge is a perfect way to get into the massive structure.

The view from the castle onto the surrounding lands is amazing. It is so easy to see invaders in an early stage that there was even plenty of time to prepare a defense. 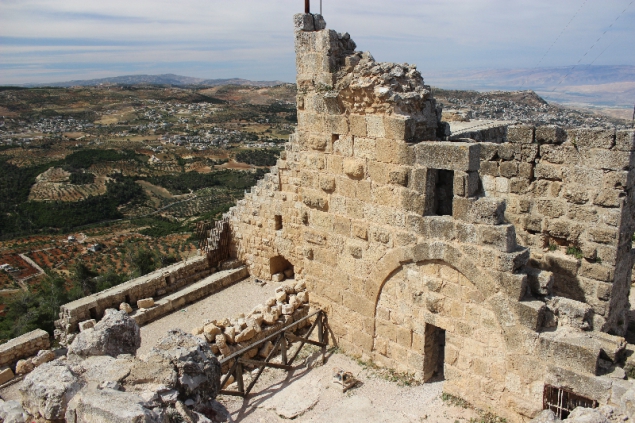 Inside the castle and the thick walls there is a labyrinth of rooms and halls, stairs and high ceilings. It gave me a protective feeling and with all the artificial lights (and once torches that give an even warmer light) it looks so cozy.

Beautiful details on the walls let think about people who had a great sense for beauty and liked the place nice as well as secure.

Imaginations about hundreds of soldiers living here as well is not difficult. 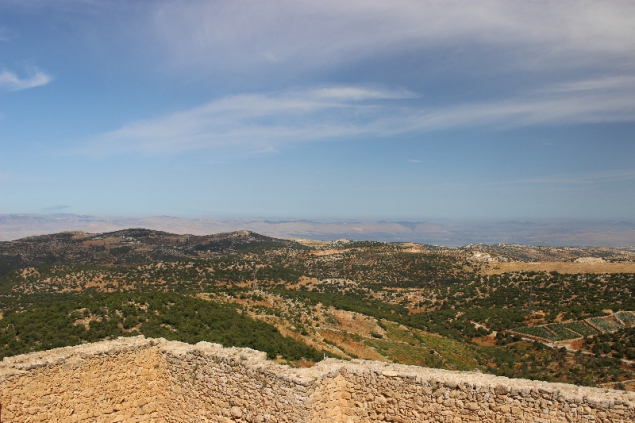 After a walk in the castle’s living places we had a short look in the museum as well. Beautiful and very interesting artifacts, huge bowls, tiny kitchen helpers, super light glass vases, mosaics and ancient inscriptions give a really good idea of what life once was.

Ajloun castle is a revelation about a very great culture giving a good idea of what was life during the Crusaders’ and Saladin’s times. Although the castle is a very massive construction it gives a light feeling, the same protective and strong. Ajloun castle is definitely a ‘must visit’ in Jordan!

Have you ever been there? Or even heart about it? Would you like to learn more about that period? 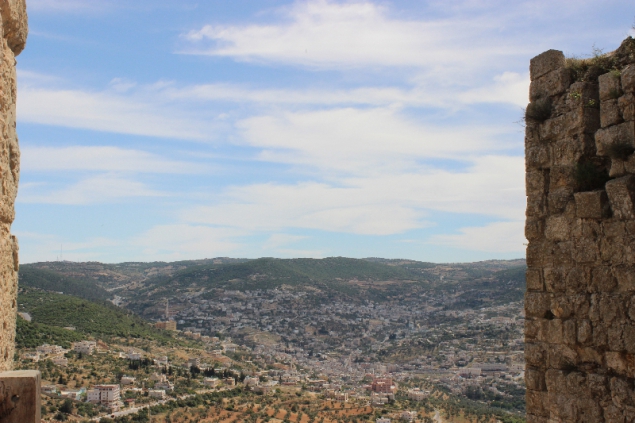