Have you seen ‘Indiana Jones and the Last Crusade’? Or maybe ‘The Mummy returns’? ‘Transformers: Revenge of the Fallen’? Or maybe you read ‘Married to a Bedouin’? All these have something in common: they are situated in Petra.

It was always my dream to go and see Petra in Jordan one day. And this happened lately thanks to a friend of mine who decided to go on a week-trip to Jordan with me. 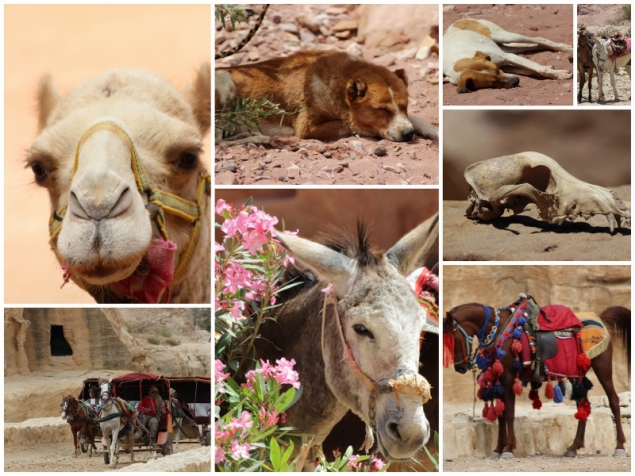 We woke up early to have breakfast in the hotel before our guide took us to the most intriguing, mystic, beautiful city I can imagine: Petra.

The original Greek word Petra means ‘rock’ and the city is situated in the south of today Jordan. The also called ‘rose city’ is famous for its rock-cut architecture in multicolored sandstone.

The once capital city of the Nabataeans today is uninhabited but for a few Bedouins which are doing commerce in the most visited place in Jordan.

On the slope of Jebel al-Madhbah or Mount Hor the UNESCO World Heritage site was re-discovered by a Swiss explorer in the 19th century and excavations are still going on. 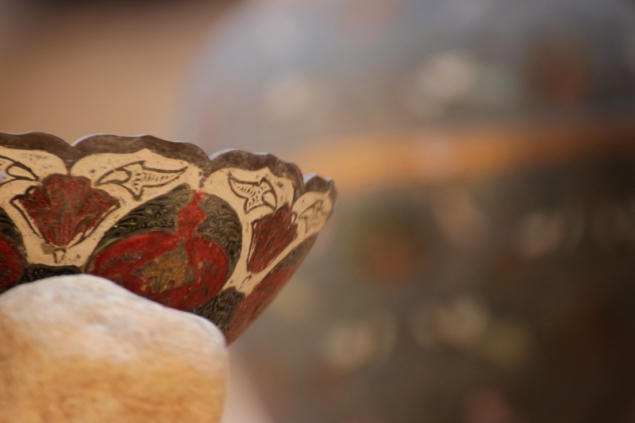 So this day was fully dedicated to Petra. We entered from the main gate a long way down into the valley and along the so called Siq. This walls are nearly 200 meters high and we could admire the clever water system the Nabataeans had for bringing water into the desert city. We could see as well a few religious niches, ancient housings and temples.

The most ‘WOW’ was expecting at the end of the Siq: the Treasury. Al Khazneh is a temple and has nothing to do with wealth in sense of money. It is carved entirely out of the colorful, rose-red sandstone and was once a mausoleum. The beauty of this architecture is nothing to put in words. Just amazing – even with hundreds of tourists – not less colorful – in front of it. 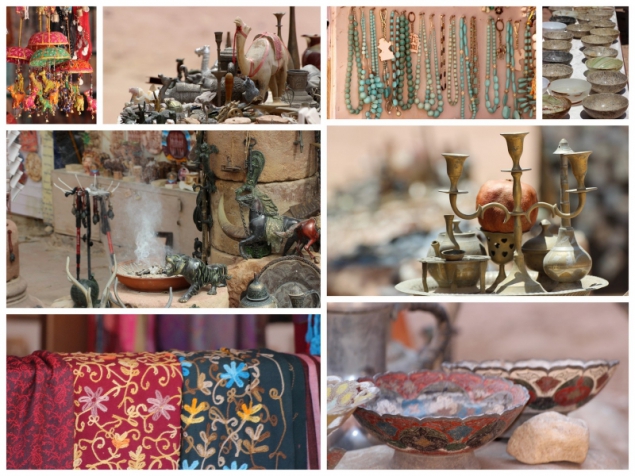 We passed the monastery – Ad Deir – which is also carved out of the soft sandstone and measures 50 meters long and 45 meters high.

Later the still narrow path opened to a wide open space. Here we found the theater like a Roman theater but carved out of the rocks with only one side built up. This gave place up to 7.000 spectators.

In the end of this wide valley the Hadrian gate opens to the Cardo Maximus, a street lined by enormous columns and where once were shops, houses and a busy street.

To the many amazing buildings are counting the street of facades, the Obelisk and the Silk Tomb and the Great Temple of Petra. 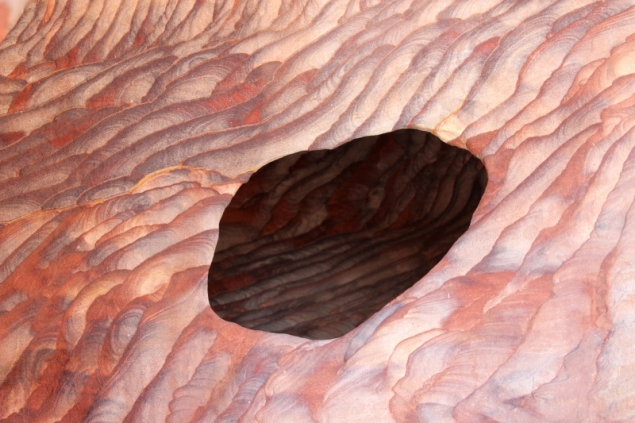 We had tea, tried the acoustic of the theater and walked through the Hadrian’s Gate. We visited a palace of a princess, Qasr al-Bint – the only building built with stones – and we had a mega long walk in the back mountains on multicolored stairs. Here we saw a lot of other buildings as well like the Soldiers Tomb, the Colored Triclinum and more. The view when reaching a high point is breath-taking!

When we came back to the main entrance in the early evening – sun still high in the sky and no chance to see Petra at sunset – we were so tired, our feet boiling and the head red from sun-heat and the many, many impressions – we only thought about fresh shower, feet high and not one more move today. 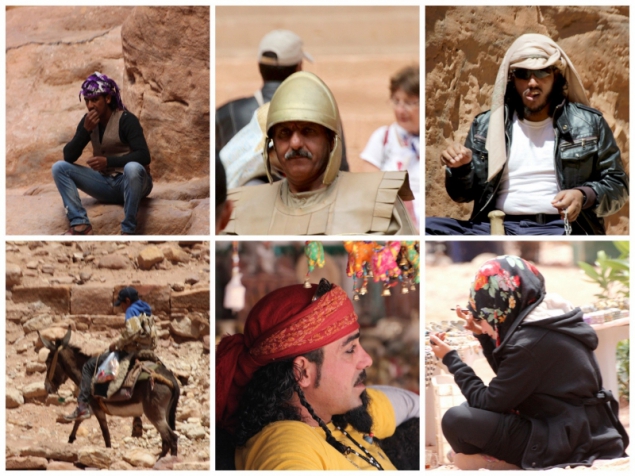 But this place is so worth to experience, and it’s definitely one of the places you have to see once in your life. It ‘s so full of history that you can let go your imaginations in all directions, there is so much beauty that you get inspired in all kinds of arts, if you are a painter, a writer, a photographer… just dive into the colors, the sounds and the great architecture. The Bedouins do the rest with their wonderful and ancient culture, still alive and felt at every corner of Petra.

I was fascinated by men with black-rimmed eyes and long, black curls under the headscarf, the many handcrafts they exposed, the incredible sand paintings in jars and the calm camels sitting in the middle of an over-crowded yard in front of the Treasury.

Have you ever been in this magic place? What do you think and what was the most impressive moment for you? Let me know in a comment below! 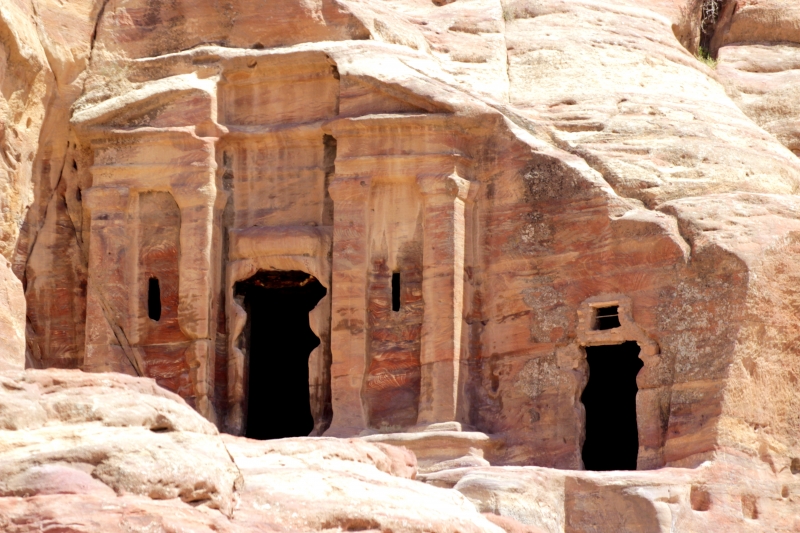 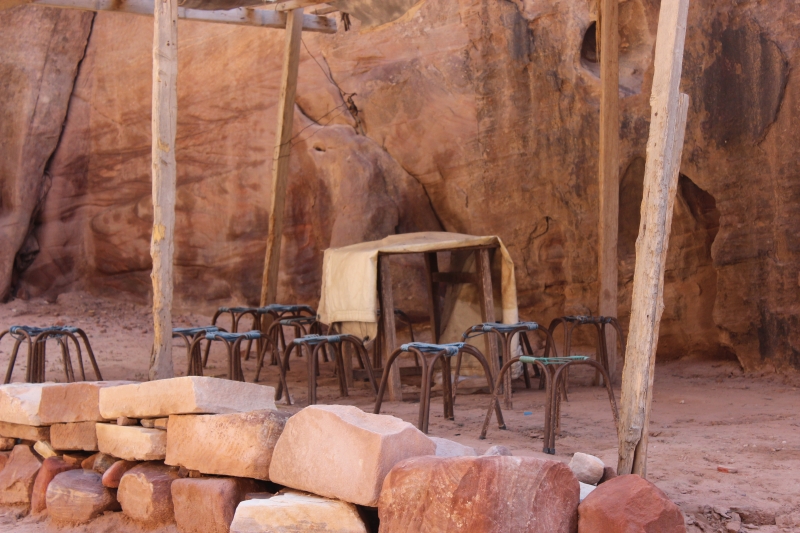 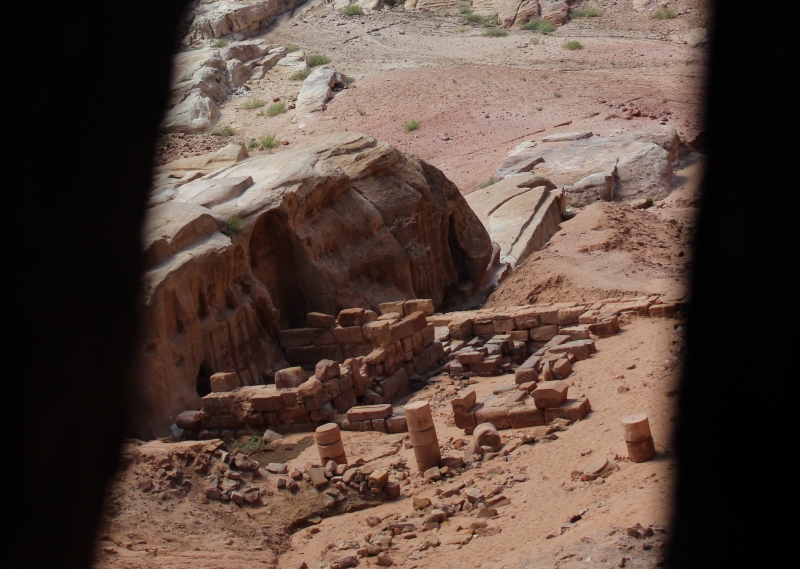 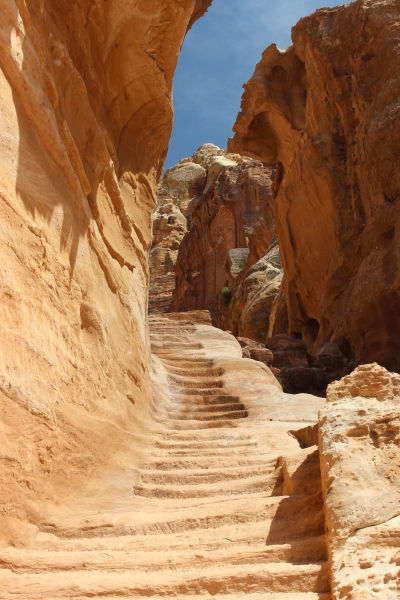 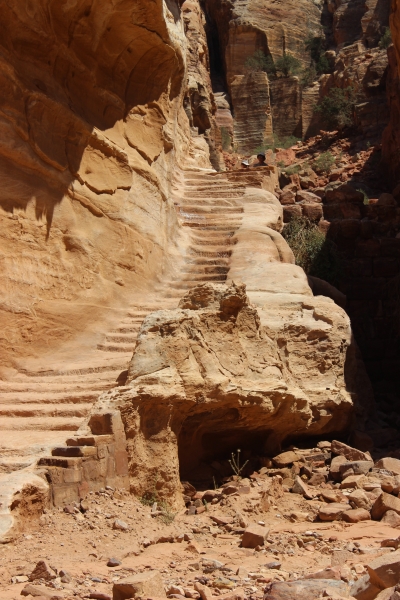 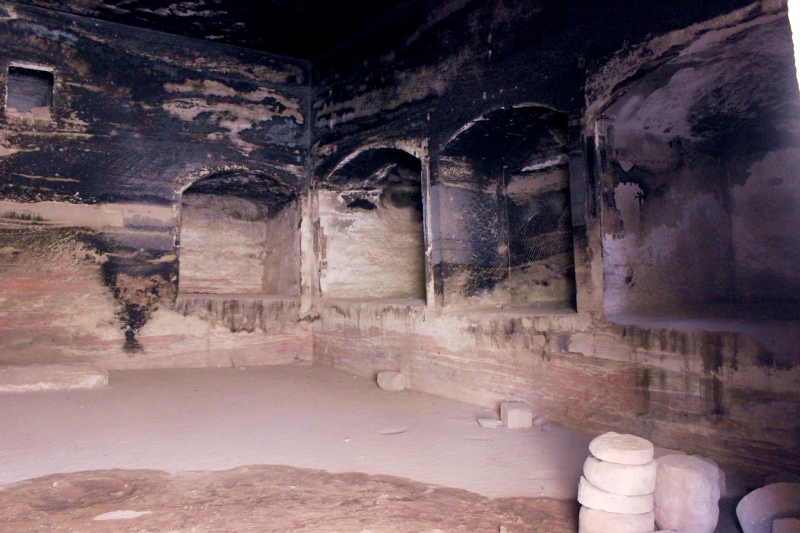 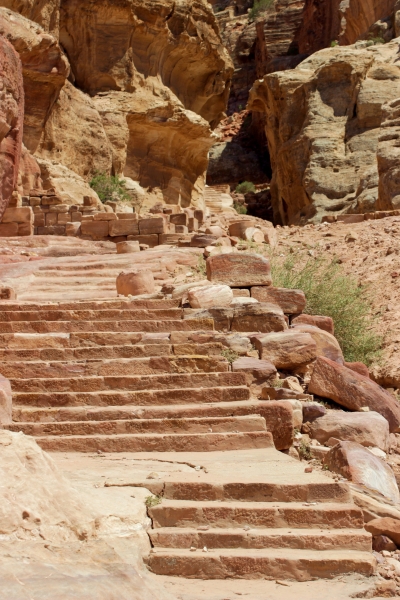 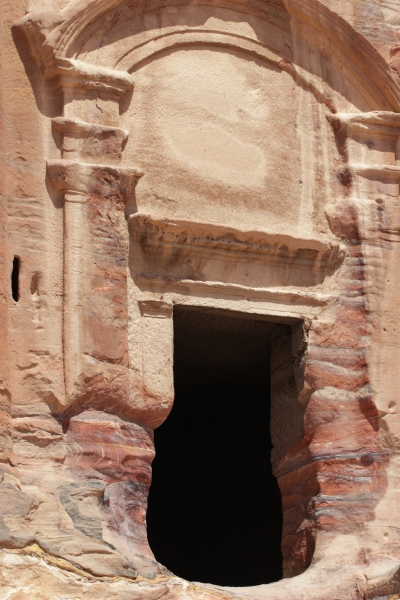 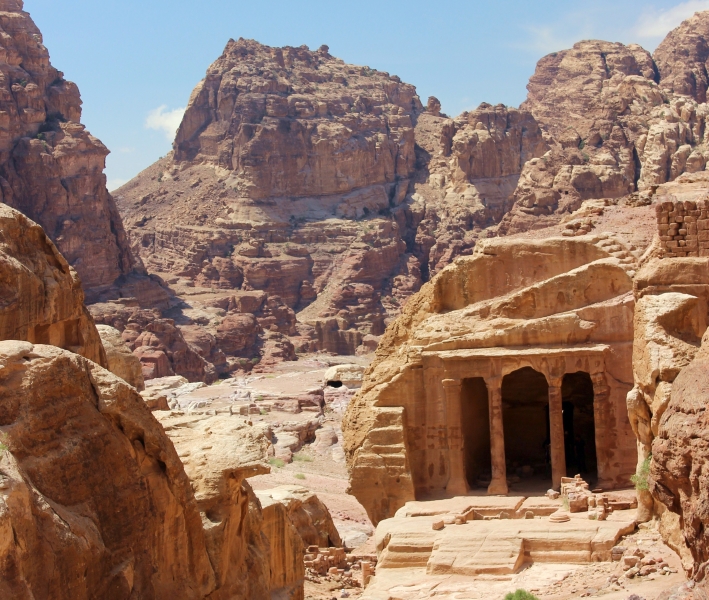 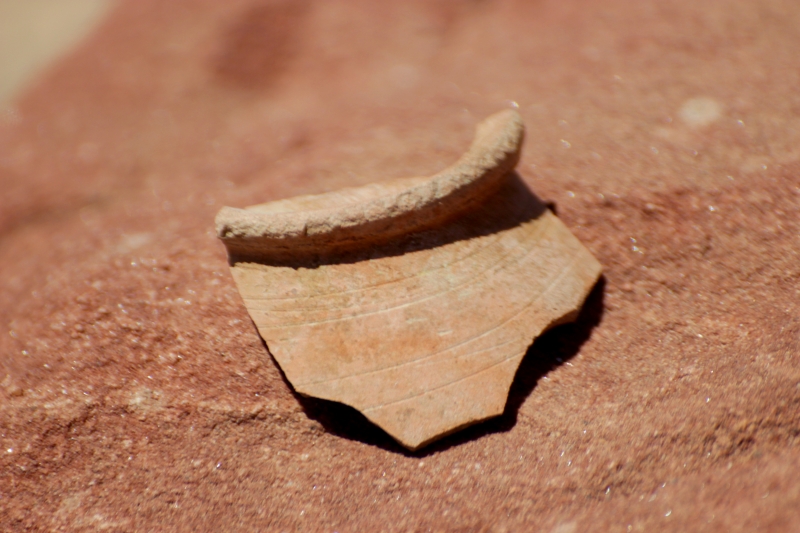 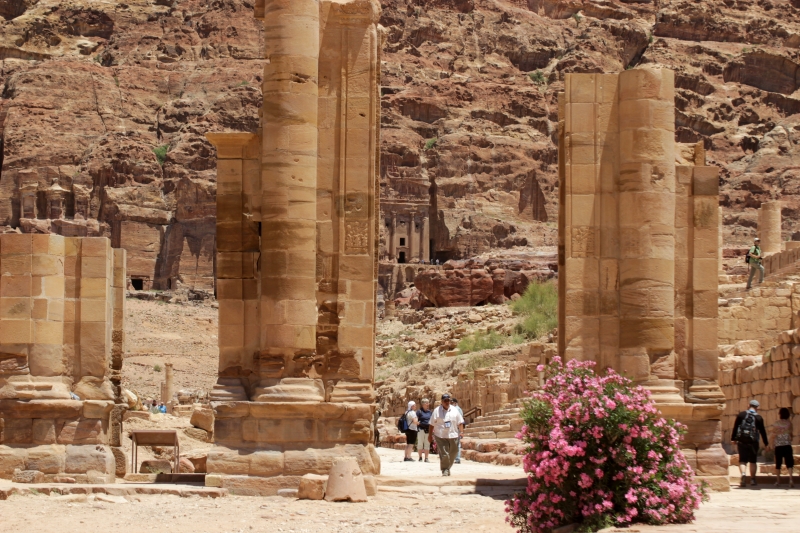 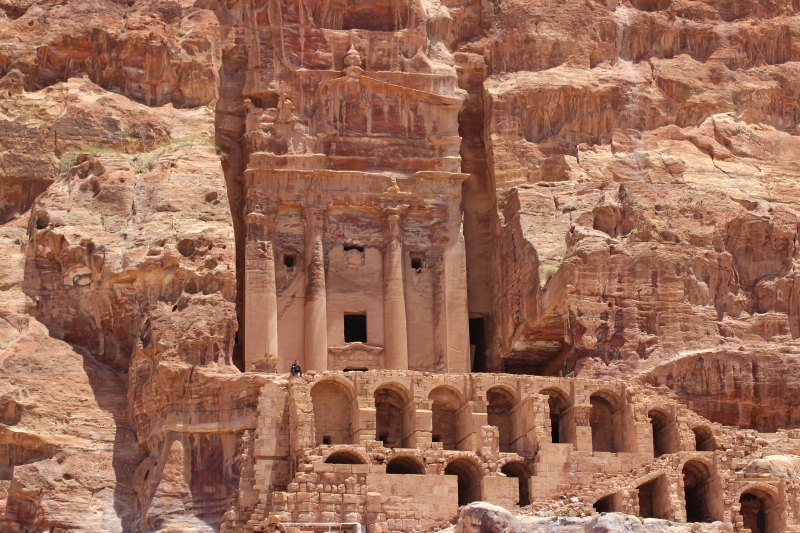 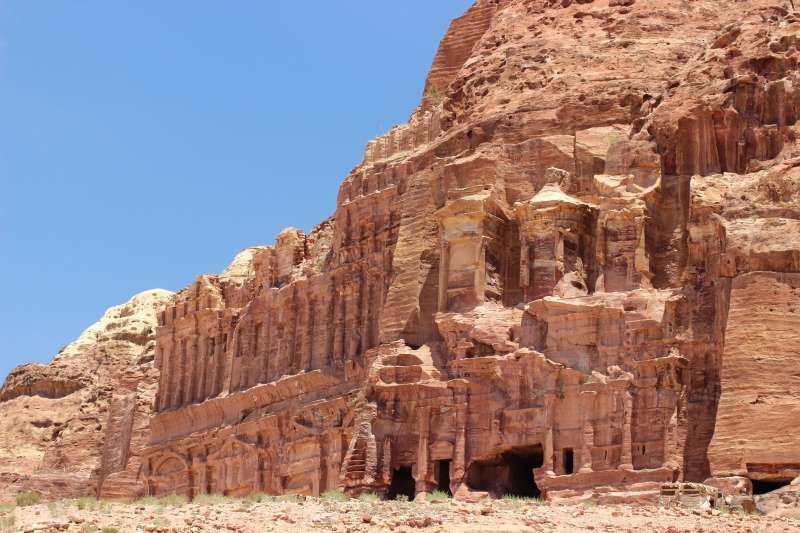 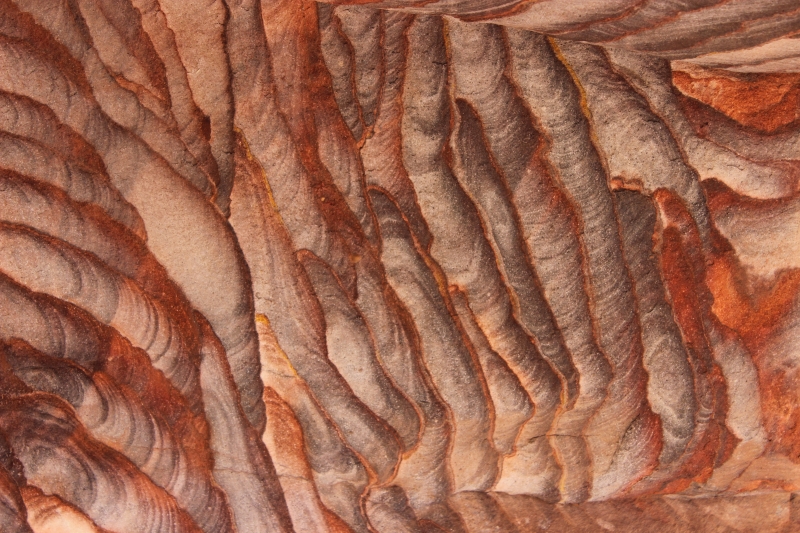 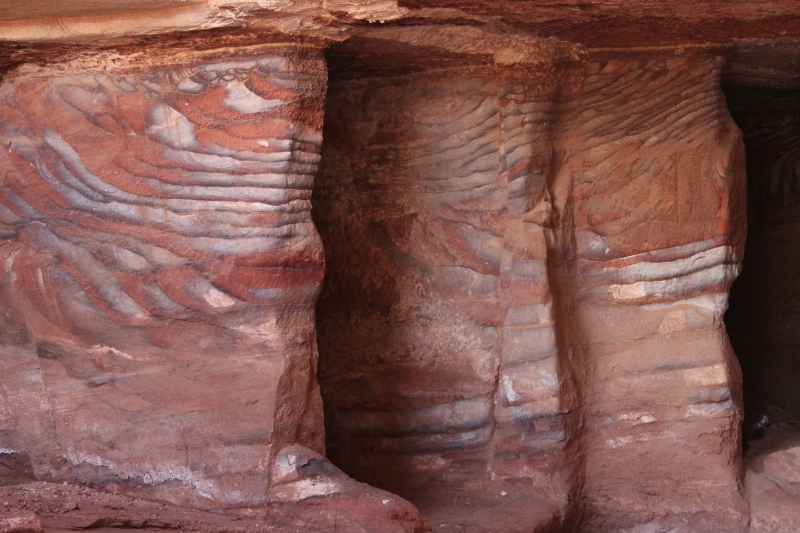 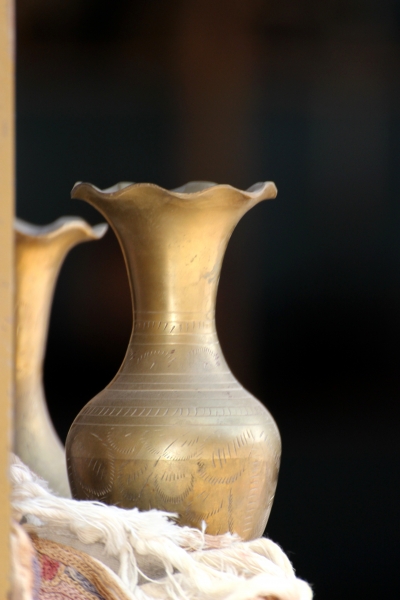 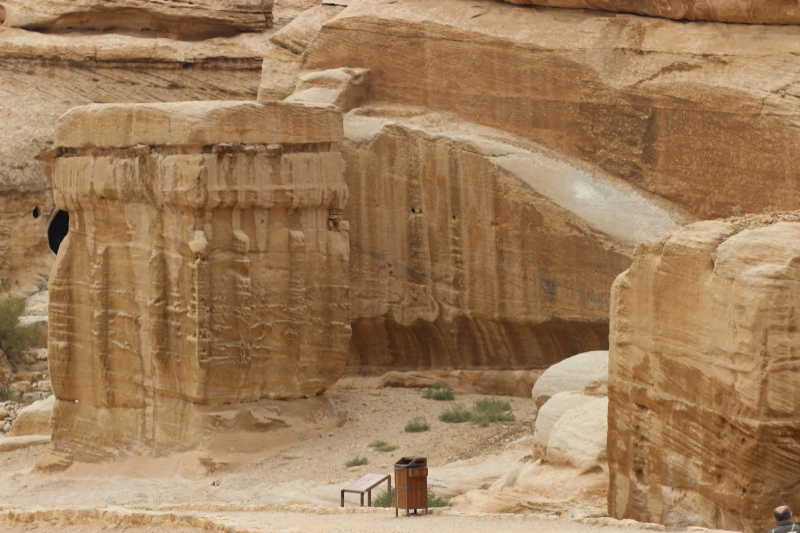 The Blue Fortress or Azraq
Crusaders Stone-Vaulted Halls at Karak Castle
The Valley of the Moon with Sunshine
Be sociable, tell others!