Pescasseroli – Bavarian Village in the Middle of Italy

A village in the middle of Italy’s Abruzzo mountains in the style of a Bavarian village. Narrow roads with flower pots and the high mountain range around. Somewhere the music of an accordion. Welcome to Pescasseroli!

I didn’t know where this village is located but later I saw it is right in the center of the Abruzzo mountains, half way to Rome already. It is about 1.160 m high and has little more than 2.200 inhabitants. Looking up to the super blue sky I notice a very old stone structure which could be the fortress of ancient times. 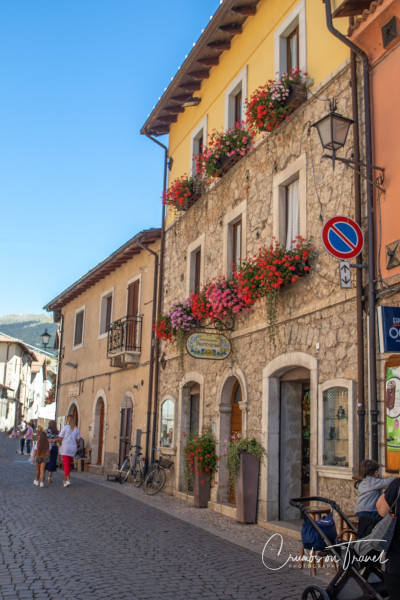 It is a summer and winter resort, touristic, it’s very clear to see. A little ‘mercatino’ (market) with stands of handmade goods, local honey and more tries to steal my interest away from the houses, balconies with lots of flowers, flower pots hanging on the walls and little inner yards you can peak in through an open gate.

We walked through the little town, had a little lunch – one had a typical sandwich and I had a mixed antipasto with lots of local cold meat and some cheese. Sooo good! – and explored a little the center. 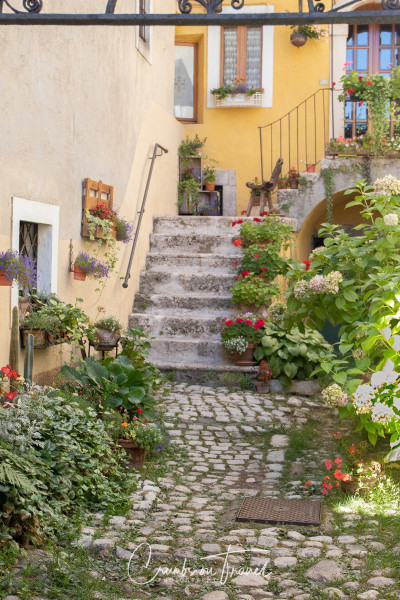 Pescasseroli you find in the Abruzzo National Park in the heart of the Monti Marsicani. That indicates also the Italic people that lived here in ancient Italy, before they became part of the Roman Empire. During the centuries it had a lot of different owners like many other mountain villages. Today it is the center for nature excursions and winter sports.

I like this little story that explains why the village has this name. There was once the son of the owner of the castle. His name was Serolo. He was gone to fight in the first crusade. In the far away land he met a young, beautiful girl with the name Pesca. He fell in love with her and married her. He sent her home to the castle where his father lived and left her safe waiting for him to come back. But the father liked her more than he should and tried to get her. She didn’t want him and ran away. He killed her nearby. When the son came back Serolo was so disappointed that he died from grief. His father buried him where already Pesca was lying. Later he founded, full of sorrow for what he had done, a village on their tomb and called the place after the both of them: Pescasseroli.

We came here because there should be an event with wine tasting, popular music and typical products. We were right, but it would be only in the evening. And we didn’t want to stay that long. 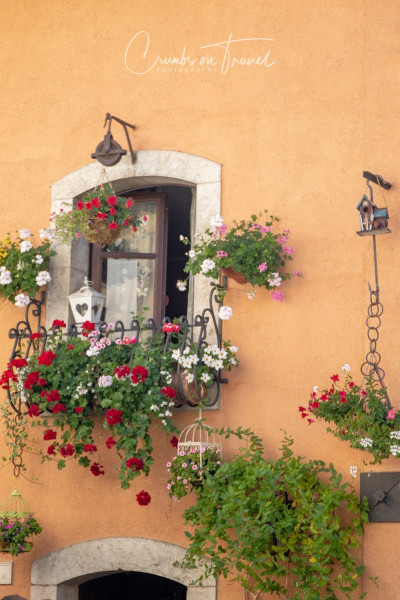 We walked around, had a look here and there in the shops, the stands, and in the end we decided to sit in the piazza to have a snack for lunch. I was very surprised that it was still as warm as it was down near the beach. We listened to the accordion players (several) and the many tourists, nearly all Italians.

We left early to explore more of the mountains that are full of surprises to me. 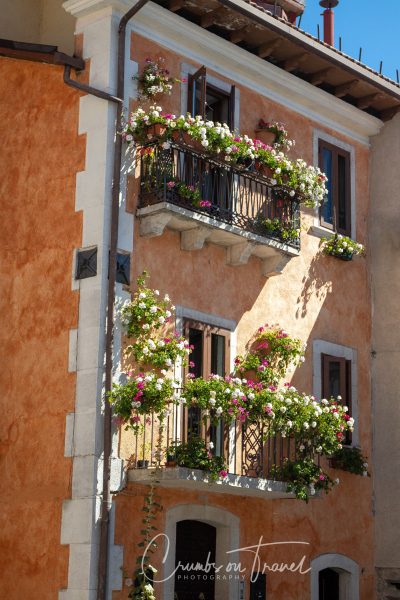 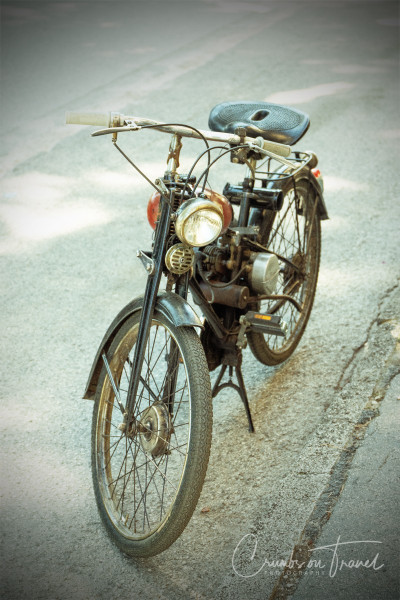 For further information:
Abruzzo Tourism
If you want to visit the Park take some information before