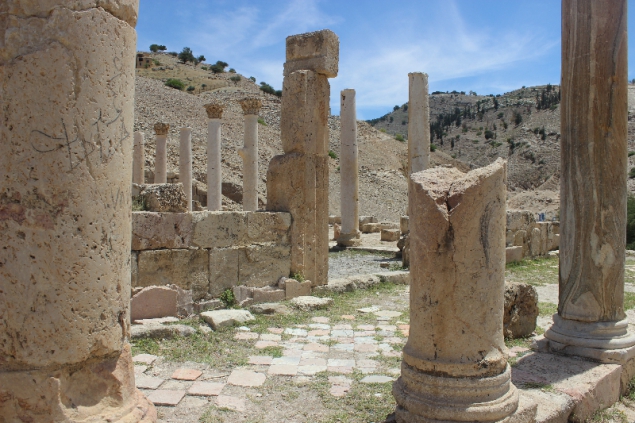 I didn’t expect anything great but was very surprised when getting to Pella. A Roman city, very small and not too much remains to see.

Pella has a very long history to tell. It was already in the Neolithic period when the first people settled in this place. Later it grew as a city and was inhabited also around the period of Jesus. 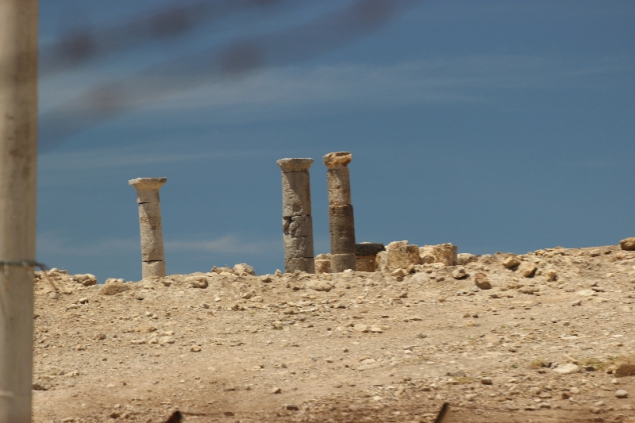 First excavations were to see if early Christians fled during the Jewish-Roman wars in the first century to Pella to hide. But excavations seem to tell that at that period Pella was even uninhabited.

More sure is that it was first mentioned in the 19th century BC in an Egyptian inscriptions and already with the Greek name Pella. It has the same name as the birthplace of Alexander the Great – maybe a reference of honor? 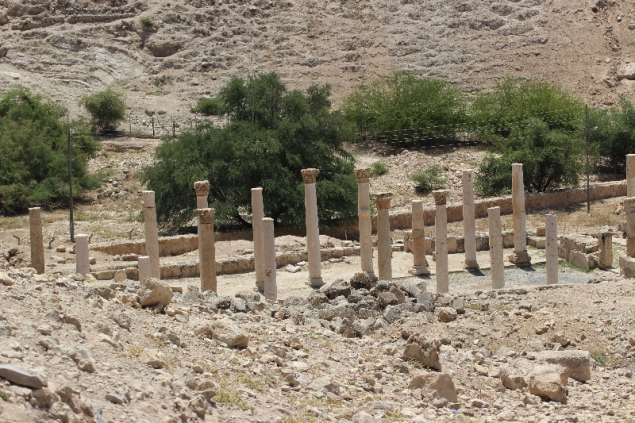 Pella was part of the Decapolis – 10 cities at the eastern frontier of the Roman empire in Syria, Jordan and Israel like Gerasa, Gadara, today Amman, Damascus and others. But there were found a Christian church as it was place of Christians in the first century AD.

In the famous battle of Fahl – Tabaqar Fahl the original name in Arabic – a companion of the prophet Mohamed died here in Pella. 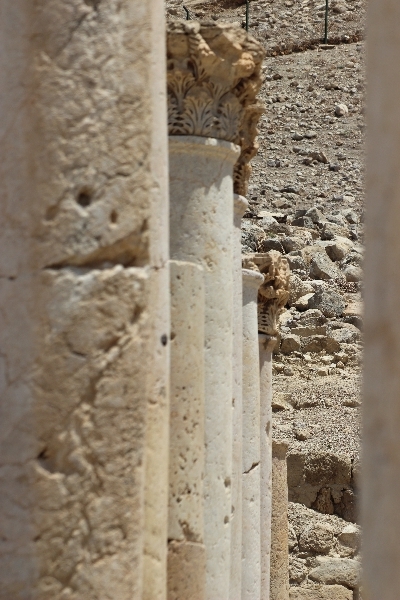 In 749 there were the Golan earthquakes which destroyed most of the city. The remains today are from that disaster.

An Australian archaeologist is actually excavating in the area and discovering temples and administrative buildings from the Bronze and Iron age. As the city has an eight thousand years long history there is still a lot to discover. 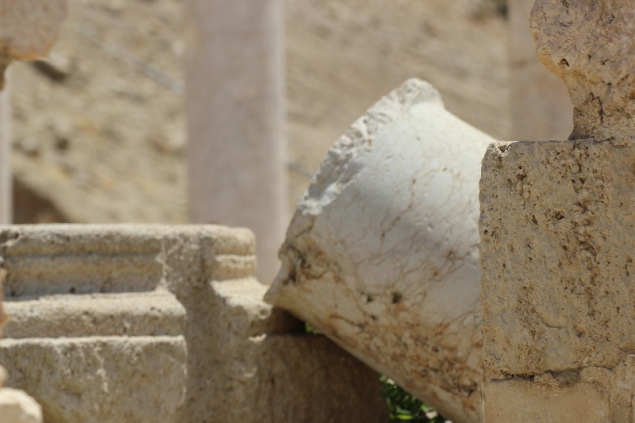 That is the history. A lot undiscovered and not really a lot to see.

We entered the place from a small iron gate – not ancient at all. The city center is lying lightly in a valley and the first things to see are a lot of columns lying around. All is sand and stones, a few trees giving some color in the landscape. I liked the floors of tiles, like huge mosaics.

I was really impressed by the beauty of the material the columns are made of. Marble like, with red and yellow they give a luxury feeling. 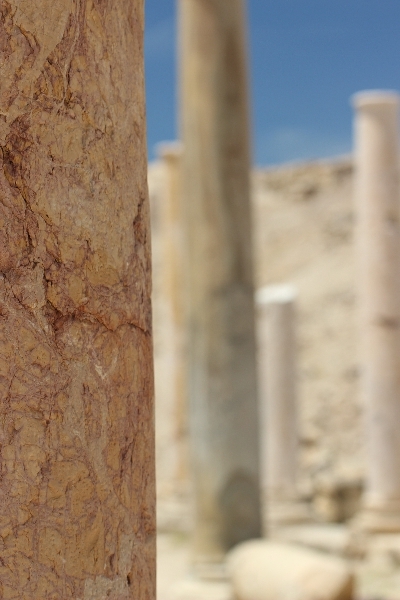 In the background of Pella is a hill with on its top a restaurant. Bus groups are coming here and the view is amazing on the surrounding lands full of trees, fields and smaller cities.

We had something to eat in the restaurant and were sitting just in a way to have our look on ancient Pella. 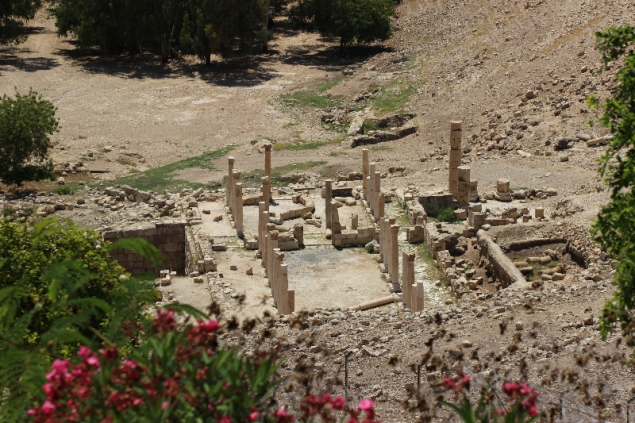 Pella is not what I expected but is anyway a visit worth if you are in the area. It gives a glimpse to really old history and the same one can enjoy a beautiful place as the restaurant is amazing. Also the food is great: we had salads and meze from a buffet and as main dish a Tilapia fish. Coffee with cardamom as dessert. Yummy… 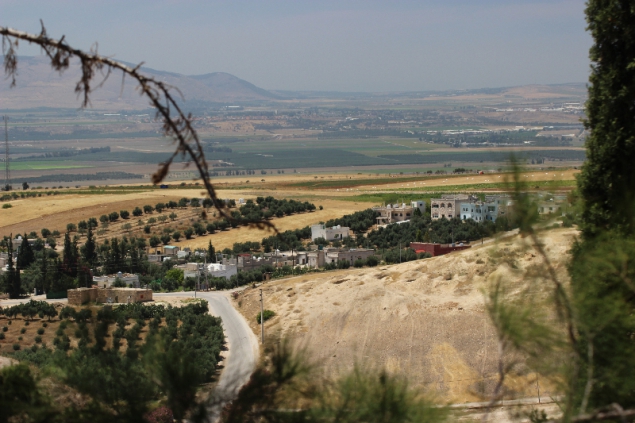