Past and Future seen by Pang Maokun 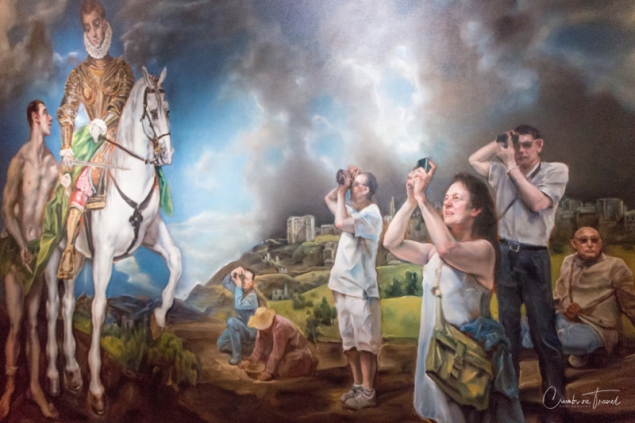 When I was in Florence this summer, I visited also the Palazzo Medici Riccardi. As it turned out there was an interesting exhibition of a famous Chinese artist: Pang Maokun.

The Palazzo Medici Riccardi is originally from the Medici family but was later acquired by the Riccardi family. It is a Renaissance style palace in the heart of Florence in one of the many streets around the main attractions.

Designed by Michelozzo di Bartolomeo for the head of the famous Medici family that ruled Florence and the Tuscany area for long time, Cosimo de’ Medici, was built during the years 1444 to 1484, 40 years. The walls have two different surfaces: the more rustic style (rustication) and the very finely leveled style (ashlar). In this case it is a symbol for order, elaborate and down-to-earth, human. The palace is also decorated from inside and should be visited. Shame on me, I didn’t, because of lack of time and tiredness of a whole day walking through Florence and sight-seeing. The palazzo was used as a museum for the may artifacts the de’ Medici collected, and they have been famous for.

In the 17th century the banker family Riccardi bought the palace from the Great Duke Ferdinando II. For 200 years it was in the family, and they made numerous changes inside the building, leaving the outside untouched. In the beginning of the 19th century they sold it due to their economic problems. The government was now the new owner and it is still in their possession.

The building is still used by the officials but it also often houses exhibitions of artists. I had the opportunity to see one of Peng Maokun, a Chinese artist, I didn’t know before. 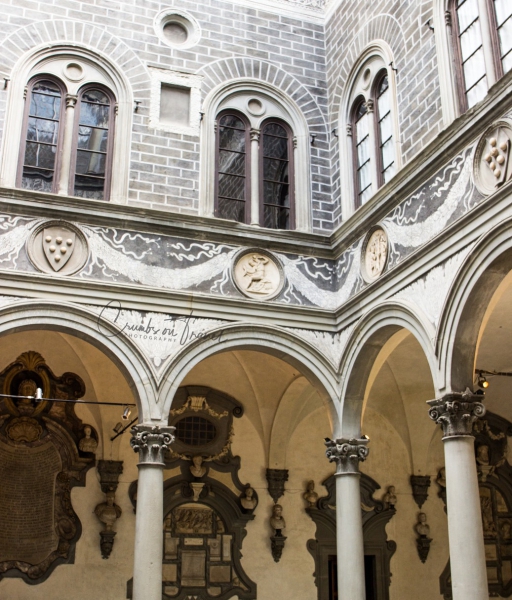 Pang Maokun was born in 1963 in Sechuan in the Chinese republic. He is an artist since a very young age and had his first exhibition already at 16 years old. He studied art in the Sichuan Arts Institute and received the MA in 1988. His exhibitions are worldwide like in New York, London, Berlin, Brussels, St Petersburg or Beijing. He is one of the main artists for Chinese contemporary art.

The exhibition in Florence’s Palazzo d’ Medici Riccardi was from 8th June to the 28th July 2018 under the name “Attualità del Passato – La Pittura colta di Pang Maokun”. I was there in the end of July.

I like his interpretation of old, famous paintings like Da Vinci’s “Lady with an ermine”. Or also the “Saint Martin and the Beggar” from El Greco. He puts all these people around with a smartphone to register the moment he gives his coat to a beggar. Or Jesus with the heavy wooden cross on his shoulder and the girl with the earplugs of a smartphone. Very symbolic and a great way to put these important, historic events into a modern context. He is a great painter and I enjoyed a lot the many faces of women he depicted.

I definitely will keep an eye on him! 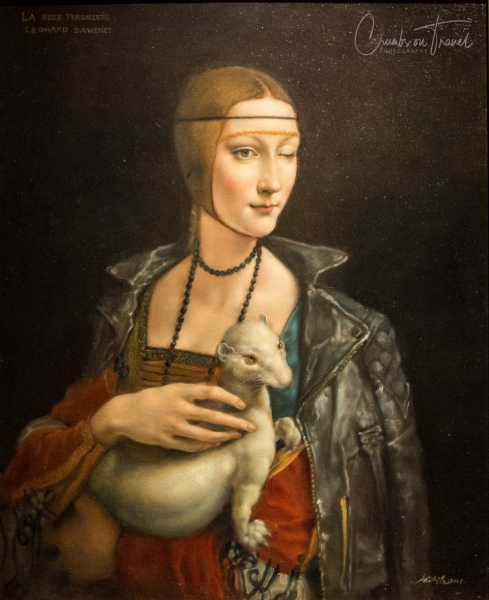 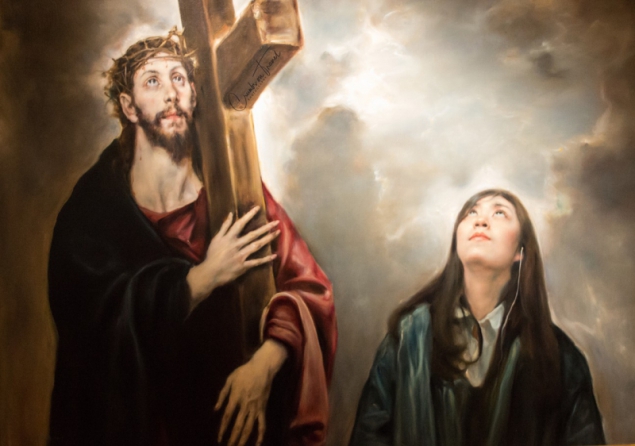 For further information:
About Pang Maokun

At the 4th Ancona Art Salon with Italian Artist LuBerti
This entry was posted in Europe, events, Italy, ON TRAVEL, Tuscany and tagged art italy. Bookmark the permalink.