Milk&Co – Are Dairy Products Healthy for an Adult? 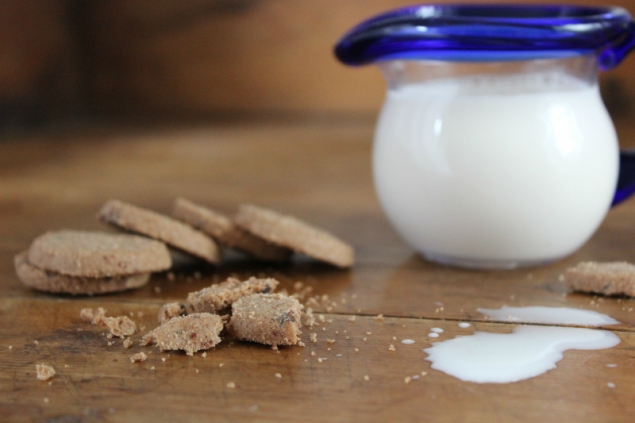 We all learn one thing about milk: we need to eat dairy and drink fresh milk as much as we can because it’s the best source for calcium. I remember well my mother who said at a certain point that she is getting shorter because she never liked milk and dairy and so has no calcium at all in her bones. And I was happy that I could live only with bread and cheese. Fact is that now I don’t eat anymore bread and I stopped also with milk and dairy. So were do I get enough calcium? And why I don’t take anymore milk and similar?

Well, the story is short: two years ago I had a deep depression and was fully convinced I have to change my life. One of the things I had to change was my habit of foods. I loved bread, cakes, cookies, milk, cheese and I am still convinced I needed all that stuff in that period. But now I changed all and eat what many would say healthy: salads, veggies, fruits, nuts and no grain, no meat, no sugar (processed) and no dairy anymore. And I feel as good as I never did before.

So, let’s return to the milk. I read a lot of opinions, scientist and private ones, and I am not really convinced about it but think at least I have to see if I really feel so much different without. But here are some points to think about.

We all need milk, without a doubt. BUT: only in the first months. And we need it from out similar. No baby cow would survive with wolf milk. Because in the milk of the mother there are all anti corps we need for a healthy future. That sounds very reasonable.

Cow milk is not made for humans. Definitely not. The milk has completely different hormones. And the milk has also hormones given by the farmer to let the cow produce more milk than she normally would. A normal milk production of a cow is about 3-4 liters. With farmers ‘help’ they produce to 60 liters a day!

As we know out body needs to be alkaline, not acid. Milk and dairy are acid forming. Our blood should have a ph at 7,365. Good to know: calcium is a mineral that combats acidity. So milk gives us the calcium to combat the acidity of the milk. That sounds stupid!

Did you know that countries with a high consume of dairy has the most problems with osteoporosis?

Dairy products can cause a lot of disorders like forming too much mucous witch can have a great effect on the respiratory ways. Hay fever and seasonal allergies could come by the consumption of milk! Research found out that dairy causes also arthritis, an inflammation.

Milk normally is homogenized ti kill germs and to have it longer available. That kills even more ‘good’ things in milk and make it harder to digest.

At least think about the cows. They are constantly pregnant, all life long. Their babies are often taken away and killed just by starving, beaten or thrown away. 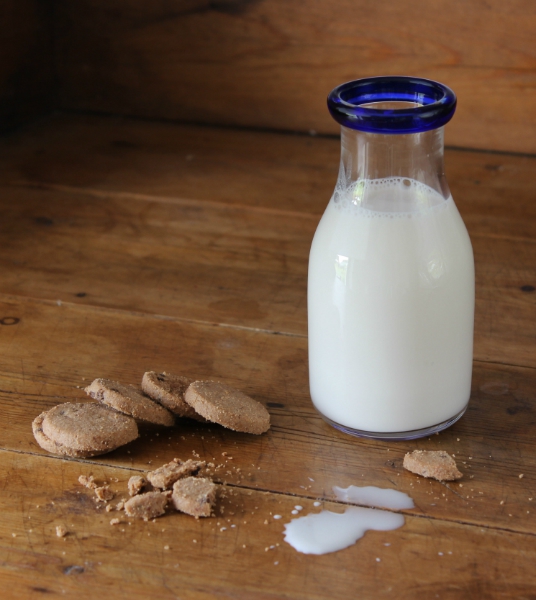 OK, these are the bad things about dairy and milk. In case people suffer from lactose intolerance, people want to eat paleo diet or have another reason for living without this ingredient the world tells us is one of the most important alimentary how do they get the calcium?

Fact is that for example a vegan never eats anything that takes away the calcium and so the calcium intake with veggies and green food is high enough to storage what the bones need. One gets enough of the mineral from green leafy veggies such as broccoli, kale, salads, spinach parsley and the list is never ending. Dried fruits like dates, apricots, nuts and particularly almonds are full of calcium. And no milk robbers to see! Try cookies with Tahini paste, sesame has also a lot of it.

Take care that you get enough sunlight a day (half an hour with out sun cream) in order to get enough Vitamin D. If not possible than get Vitamin D supplements. Great for calcium is also something else: eggshell powder. It’s a way without increasing blood calcium levels because will be absorbed straight away and stored in the bones and teeth. Don’t take more that half a tsp a time, 3 times daily in all foods or water.

What really makes me think is that no animal ever drinks milk after childhood. And wild animals are all healthy, have no cancer, hay fever or other diseases.

Well, after this one can get his/her own opinion on milk and dairy products. I still love cheese but will resist as long I need to say: yes, now and then I will have a piece but not daily anymore.

Here are some interesting books:

Turmeric - A Yellow Remedy for Nearly Everything
To Be or Not To Be - Vitamin B 17
How to Avoid Spring Tiredness - and many other Issues
Be sociable, tell others!

This entry was posted in CRUMBS, food glossary and tagged supplements. Bookmark the permalink.