Marksmen Festival – At a Traditional German Festival in Lauenburg

Germany, like all European and worldwide countries, has a lot of traditions. One of these is the Marksmen Festival which features a target shooting competition and a parade. I remember that traditional festival in my childhood when my grandmother was still alive and my mother lived with me in her birth-town of Lauenburg at the Elba. It was a huge festival with carousels, a lot of stands with food and crafts, huge parades and a crowded audience. The shooting I don’t remember of course as that is a marksmen competition only, but the crowning of the marksmen king I remember well.

I still have a wonderful friend in Lauenburg, my longest childhood friend, and her husband is an active member of the marksmen guild. So when I told her this year that I would like to see the festival together with my sweetie (who happened to be in northern Germany those days), her husband offered to let him march within the parade. What a unique experience that would be for my American sweet pie! So we organized everything… 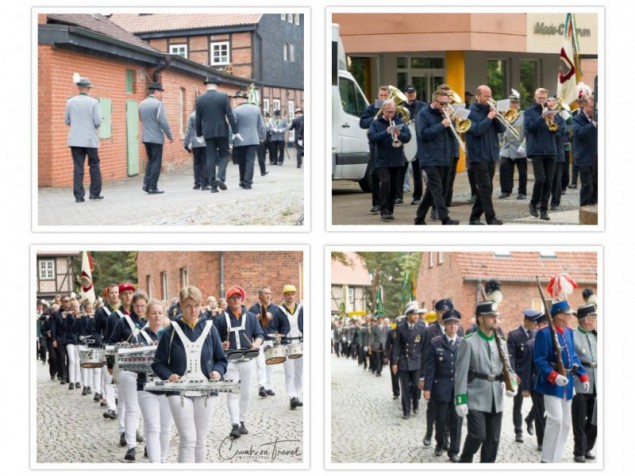 The Schützenfest or Marksmen Festival is a competition in shooting skills essentially. But of course there is much more around like the parade before and after, the beer tents with ‘good German food’, and the many entertaining events around plus many stands with crafts, more food and for children fun places. The biggest one is held in Hanover with more than 5.000 marksmen, 10.000’s of participants and more than a hundred marching bands, from all over the world. The parade is 12 kilometers long.

The origin of the festival lies in the Middle Ages. Towns needed to defend themselves from marauding bands and founded a kind of paramilitary associations. Of course, they had the usual training but also festivities with competitions with ‘next door’ towns. Who has the better shooters/defenders? And there the festivals came in, making the competitions between paramilitary groups to a town’s celebration. Over the centuries there were built country defenses, but the Schützenfest continued to be a patriotic tradition. 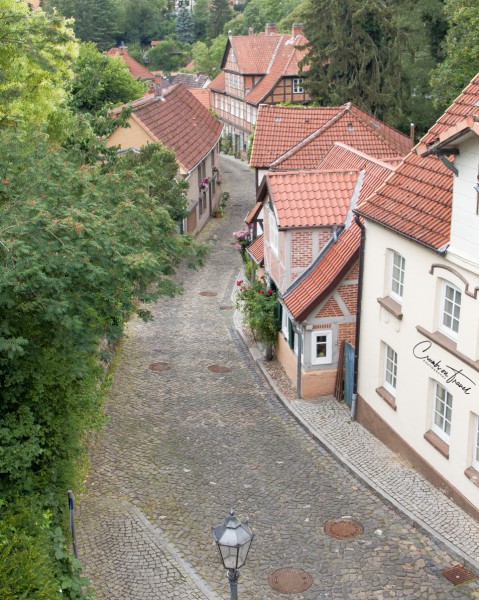 The Lauenburg Schützenfest is not anymore what I remember from my childhood. But still was interesting to see. Especially the one very unusual looking man with the long locks trying to get into the marching path of the rest of the group. He started with just walking in the morning, the afternoon he was fully in the marching trot.

The audience was not that big, but it was also cold and cloudy, nothing that would think about a summer day in July.

We, as audience were waiting for the bands and the highly decorated marksmen to parade through the little town of old Lauenburg, which is so beautiful with the old brick-and-timber houses, cobbled streets and beautiful front-yards. High stags with the fluttering flags were carried by strong men, men in uniforms and medals, hats decorated with feathers and oak leaves, young women and men with trombone and xylophone were all marching with the same rhythm. In the market place they stopped and saluted before continuing through the streets.

We all met later in the beer tent in the Schlossgarten, men and women, and not only members. A lot of drinking was going on, eating German sausages and other typical dishes, talking between women and men, while the members (first time also a female group) ‘disappeared’ for the shooting competition in a highly technological underground shooting range (we had a short look in that area). Later in the early evening all came back (who walking, who marching like my sweet half) to the Schlosshof, where the court house is situated. Here the kings and Queens were crowned (young shooters, female and male groups, ‘old’ members) and all closed with a Zapfenstreich (Grand Tattoo) 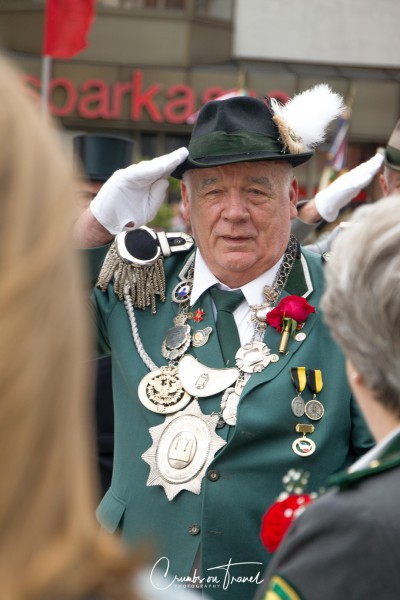 I was cold the whole day as I didn’t expect that low temperature on a July day, but the ceremony was interesting. For myself I think I enjoyed most that my wonderful half had a unique experience, something that will last for a long time in his mind. He had a lot of good talks he told me later, as many of them spoke English well, he loved the German food and to see all these traditions. I enjoyed additionally being the whole day together with my longtime friend, and I am very thankful she and her husband made this happen.
Thank you so much to both of you! 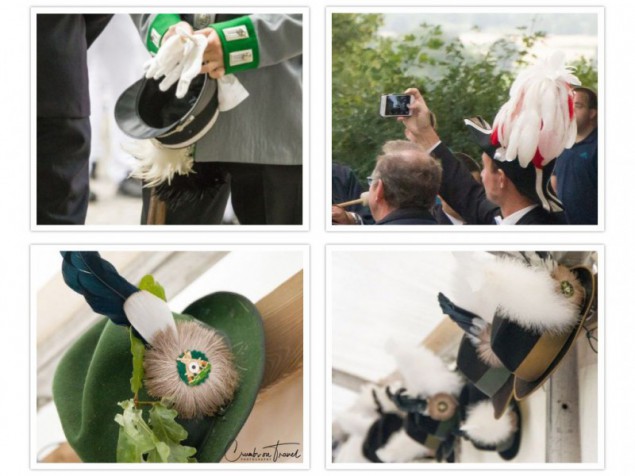 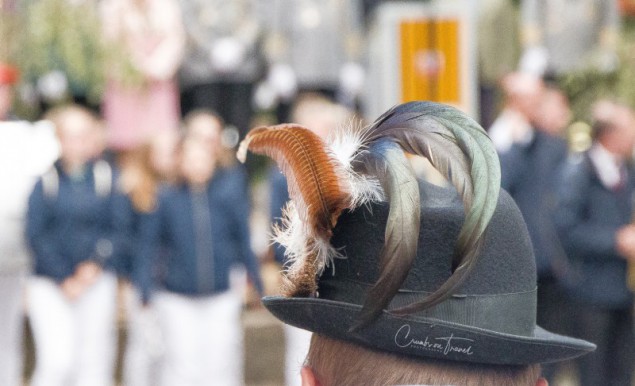 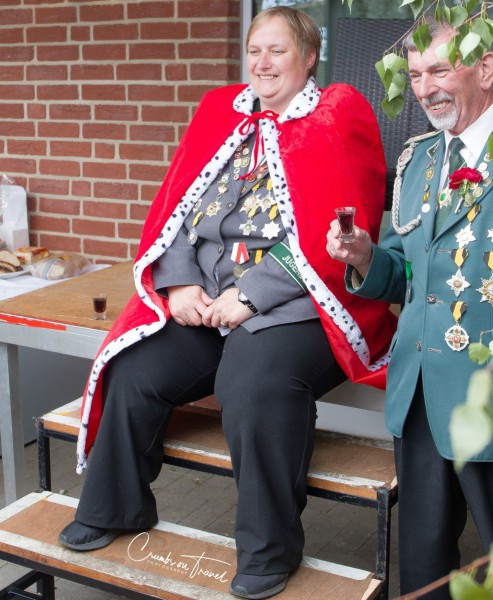 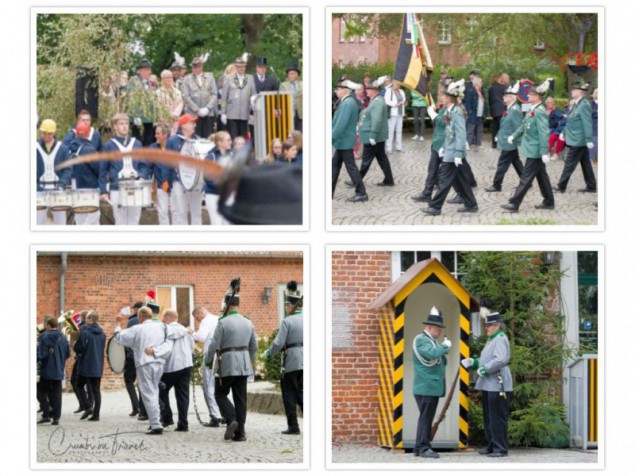 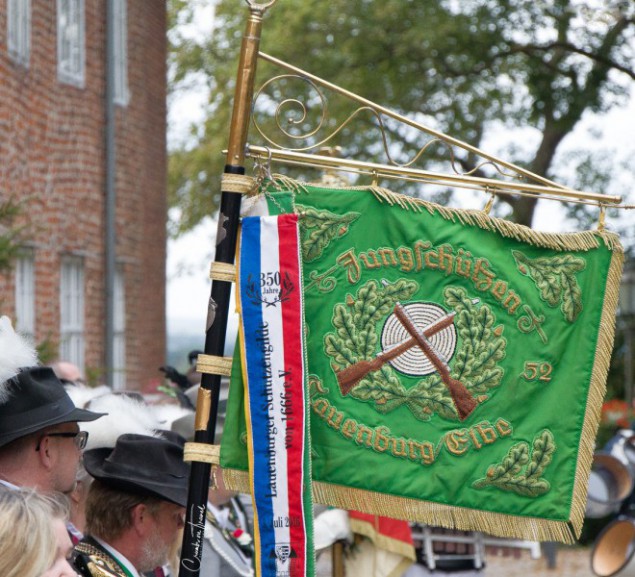 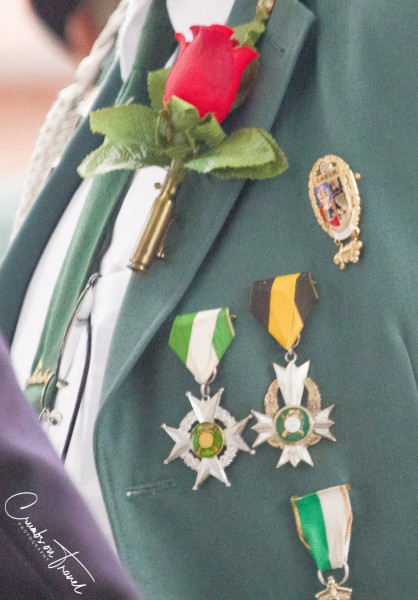 For further information:
Lauenburg
Marksmen Guild of Lauenburg (in German)

A Meeting with my Past - Lauenburg and the Basedow Family
This entry was posted in Europe, Germany, ON TRAVEL, Schleswig-Holstein and tagged Lauenburg. Bookmark the permalink.