The Roman Empire lost its power long time ago but there are still many places where you can see the greatness and influence of that ancient time. Alba Fucens near to Avezzano is a good example.

There are two peoples you can’t escape: Germans and Romans. I am very much interested in Roman history and there is no better country to explore everything Roman than Italy. In the Apennine mountains near to Avezzano there is a little place called Alba Fucens and I visited there. 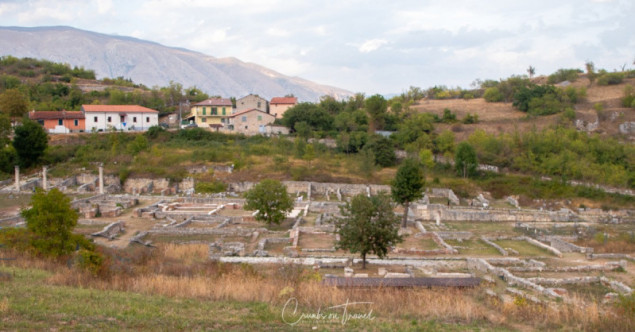 Alba Fucens is located at the feet of the Monte Velino, just outside the city of Avezzano in the Abruzzo mountains and at 950 meters altitude. The access is free, a little information center is nearby but was closed when I was there. There are a few info boards, also in English.

In 304 BC the Romans occupied the land of the Aequi, an Italic tribe, and founded Alba Fucens. The location was of strategic importance for the upcoming empire. The Via Valeria passes nearby and the little city played an important role during the second Punic wars. Because of the difficult situation with the Aequi Alba Fucens soon became the place where to send exclusive prisoners like kings.

The Roman city was nominated the last time in 537 by Procopius the Cesarean. During the medieval period it was ruled by the counts of Marsia who had their peak of glory between the 10th and the 12th century. The city later was completely destroyed by the Saracens. 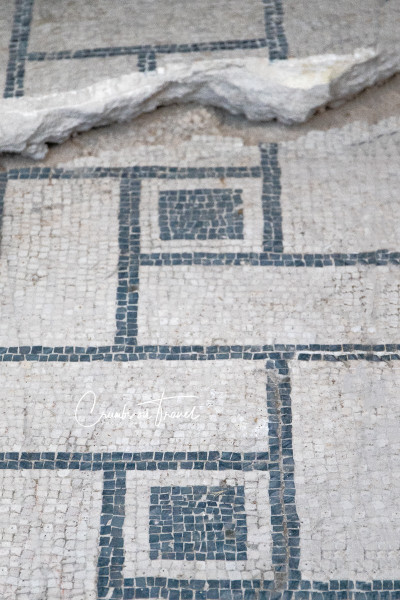 In the middle of the last century Joseph Mertens started excavations at the site. The city has nearly three kilometers of city walls. How high they were is not to see. The city itself shows roads, buildings, I saw a floor heating system (thermal bath?), stairs maybe public and the forum. There was a Macellum (market) as well. I saw some Cosmatesque mosaic work (Cosmati).

Better to imagine how it was once is the amphitheater. Oval 96 meters long and 79 meters large, you can see clearly the rows of seats for the people.

Unfortunately it was already too late for a look in the church of saint Peter Massa d’Albe which is located right above the amphitheater. It was part of a Benedictine monastery and built in 866 in the place of a Roman temple dedicated to Apollo.

On the other side of Alba Fucens there is the Orsini castle from the 15th century. Many of the buildings were still in good conditions before the huge earthquake in 1915.

Originally we wanted to go to see the tunnels of Claudio (a water-system built between 41 and 52 AD by Emperor Claudius). But they were closed. So Alba Fucens became the next try. And I think it was more than worth of. It was also the right time for the camera light. I think the sunsets were spectacular with the high mountains.

Do you like Roman history? Have you ever seen anything of that period? 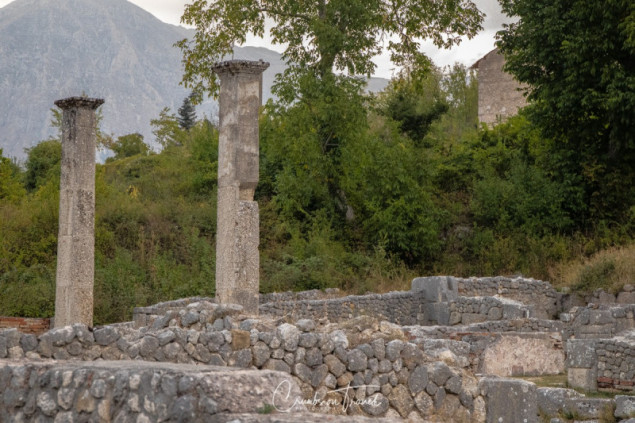 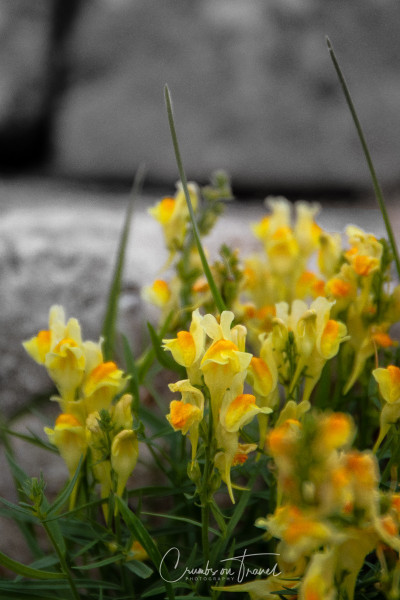 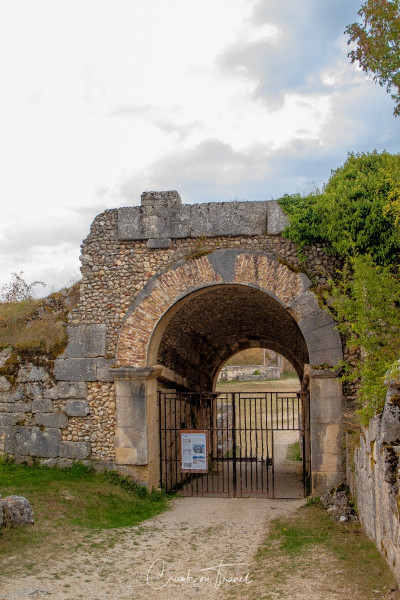 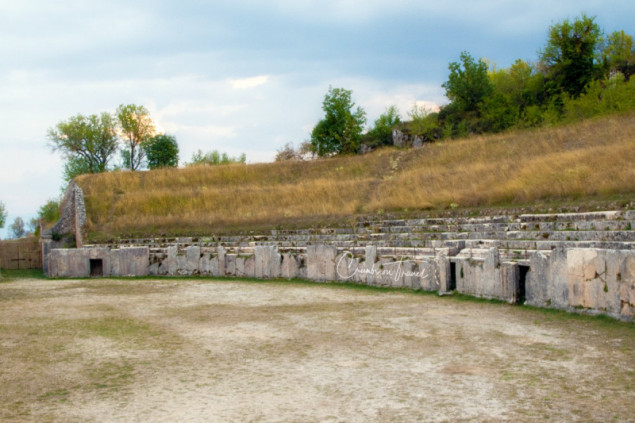 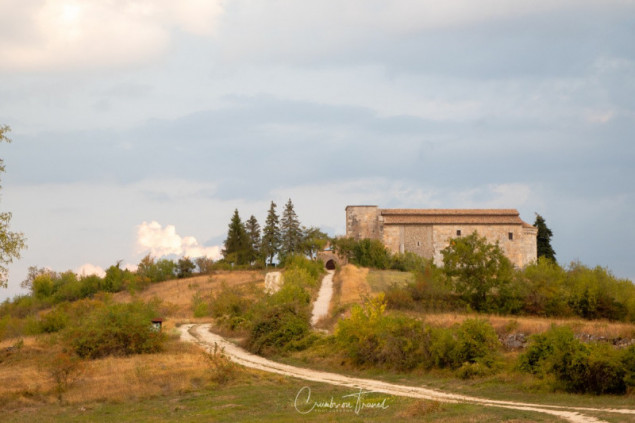 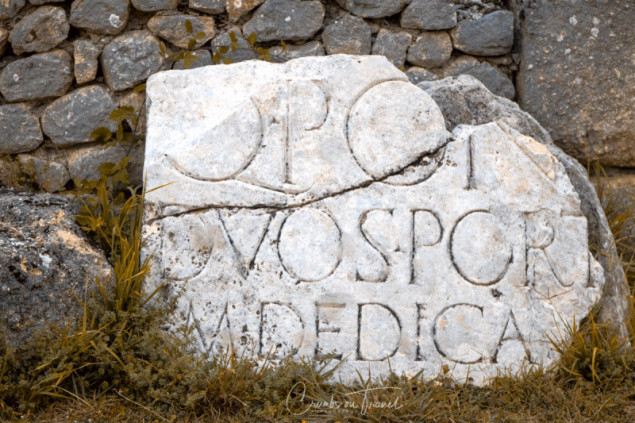 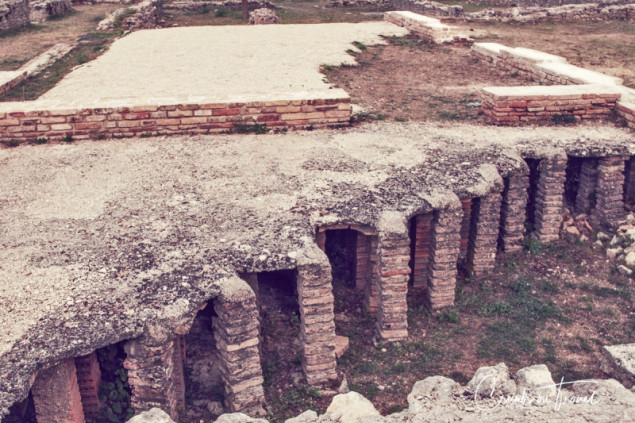 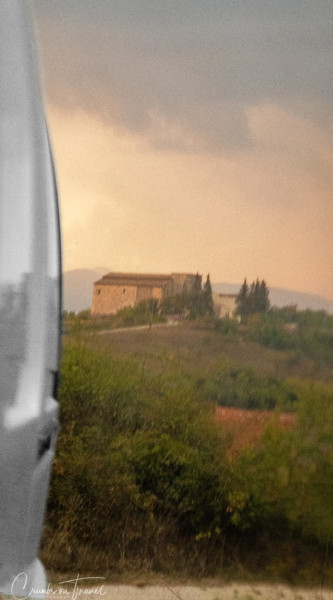 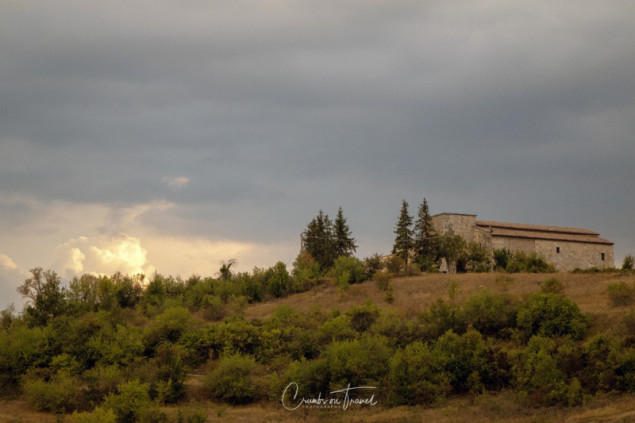 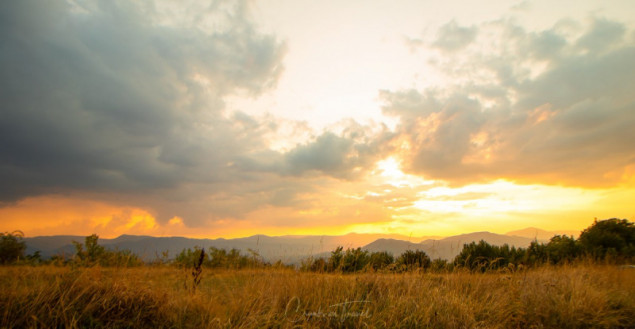 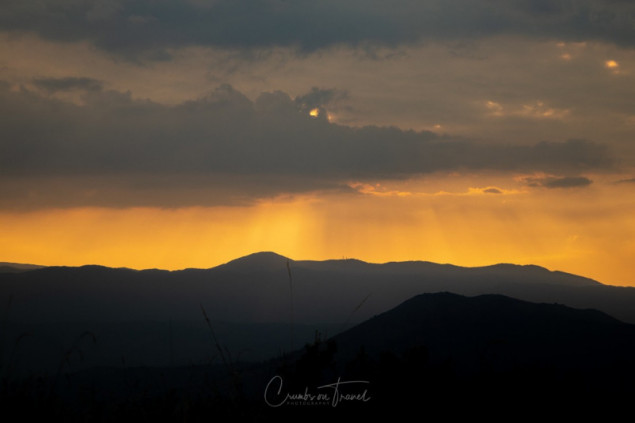 For further information:
Abruzzo Tourism
And here the Website of Alba Fucens