Lakes and Waterfalls in the Caves of Stiffe 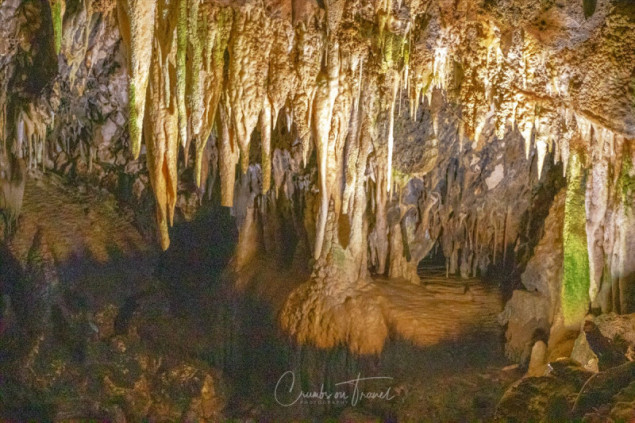 Dripstone or limestone caves formed in millions of years. They can be amazingly huge. Some of them became show caves, open to public. The caves of Stiffe are one of them, with waterfalls and little lakes. A ‘must see’ in the Abruzzo region.

Clearly the mountains in the Abruzzo region in Italy are full of caves. Small caves, large caves, used by humans for storage or even living, caves open to public and caves where animals get shelter during the winter time. One of the most interesting show caves in the area are the Grotte di Stiffe caverns. 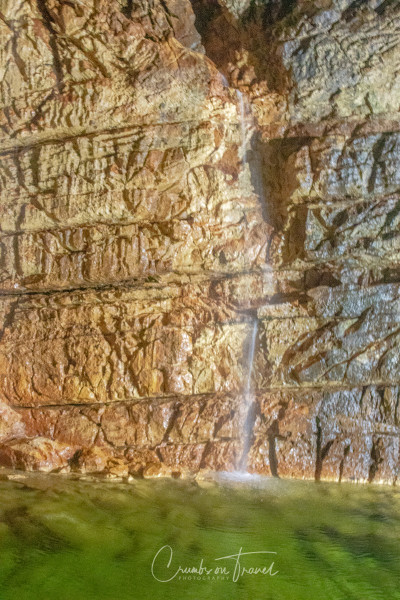 Caves are natural voids in the ground. I think they should not be mixed with grotto, which would be smaller, often behind waterfalls or even artificial. People who are studying caves are known as speleologists. There are many different caves formed by glaciers, wave work, erosional caves, by fracture and many more. The Grotte di Stiffe are called karst caves and are the most common here in Italy. They are formed in millions of years. Exploring the cave they found evidence that already in the Neolithic period people were living here.

The caves, located right above the little homonymous village, are the resurgence of a little underground river. It has so much power that in the beginning of last century a hydroelectric plant was constructed right where the river comes up to the surface. You can still see some remains as it was destroyed during the WWII.

Inside the cave is a constant temperature of 10°C/50°F. The guided tour will take 1 hour, maybe 45 minutes going in with around 6 stops, two points only where you are allowed to take photos, 15 minutes of fast walk out. There are two cascades, the last one has even in late summer a lot of water. 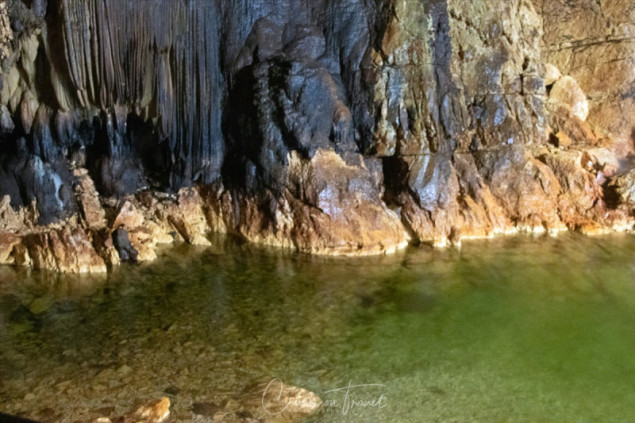 Entering the grotto you first stop in the Hall of Silence, named this way because it’s the only place where you can’t hear the waterfalls or stream. The Hall of Cascade has a beautiful waterfall. Going up some stairs to the next lever you will find the Black Lake and really beautiful stalactites and stalagmites. The last stop is in front of a 25 m high waterfall. Very suggestive.

Outside there is also a little museum, I haven’t been to it, though. 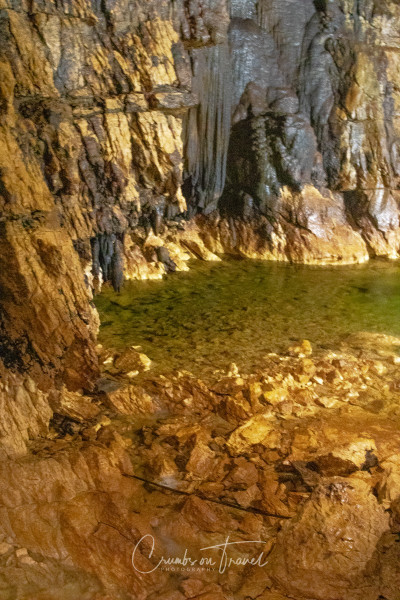 Did you know that there are show caves since the late 8th century? The first seems to be in China. In Europe there are some more than 800 years that they are displayed to visitors. And the first ‘authorized’ cave guide was a German in 1649. Electric lightning is a key-attraction today but has to be done with cooler-temperature LED lightning. Otherwise it would be easy that unwanted algae would grow in the normally flora-free cave.

I have seen a few caves in my life. My first ever was in Mallorca, the Cuevas del Drach. In Italy of course I have been to the Blue Grotto in Capri as I lived most of my life in Ischia. While living in the Marche region I visited the Frasassi Caves, an incredible experience.

Visiting the Grotte di Stiffe was a nice experience. The guide was good, though very sever. I had a few problems wearing a mask in the cold and damp environment. Breathing became an issue to me. Also the gloves were tricky, managing the camera and smart phone was slippery and difficult. But in the end I did it and enjoyed the tour very much. The price of 10 € is OK. Important is to call some days ahead in order to get a place for the guided tour. I don’t know if they have limited visitors per tour because of the Corona/Covid or always. 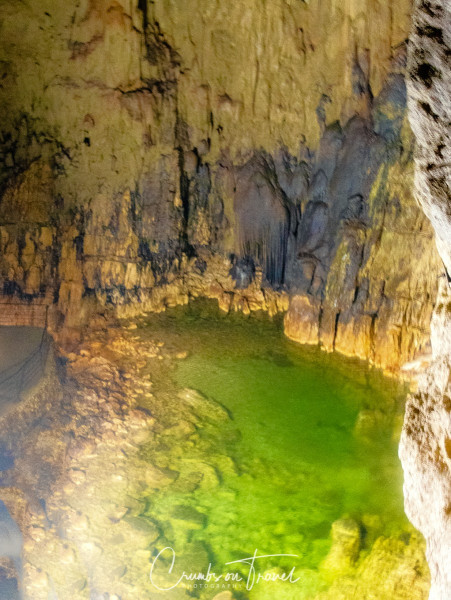 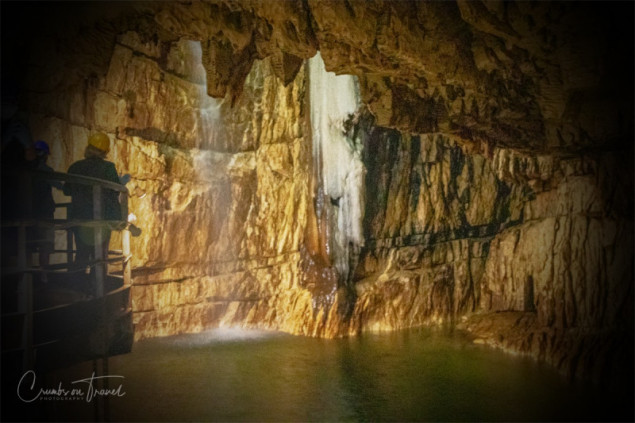 My Secret Escape in Abruzzo
Artificial Beauty – Lake Barrea in the Abruzzo Mountains
Exploring the Region of Abruzzo (I)
This entry was posted in Abruzzo, Europe, Italy, ON TRAVEL and tagged abruzzo. Bookmark the permalink.

2 Responses to Lakes and Waterfalls in the Caves of Stiffe