It was a friend’s choice to do a trip to a country I always dreamt of: Jordan. On my to-see-list Petra was on the first place. And when she asked me to come with her I was thrilled. So in May 2014 I traveled to one of the most beautiful countries, rich in history, various in nature and great in nice people. 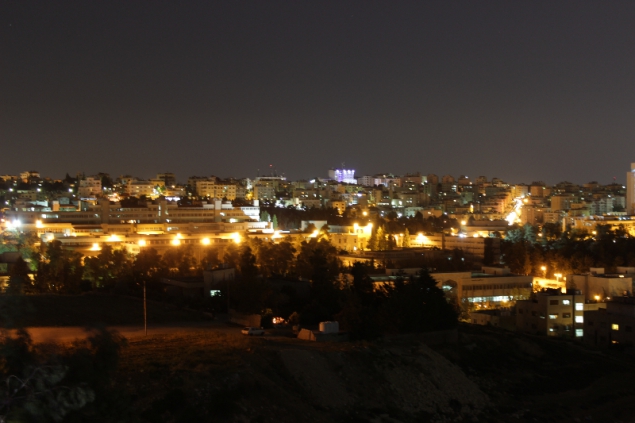 A flight from London is only 4 hours to Amman, the capital, and easily to get. We had a night flight which meant no sleep. In 4 hours we had something to drink, to eat and a short rest. That’s all.

Arriving in Amman it was just minutes to be out in the hall after paying a 40 JD ( + 40 €) and getting the timbre in the passport. Waiting for our driver to pick us up for the hotel at 4.30 am I had my first ‘impact’ with the gentleness of the local people. Our driver maybe didn’t wake up in time and there was no man waiting for us. Other drivers and guides tried to call the agency and find the driver but in the end one took us together with another couple to our hotel. 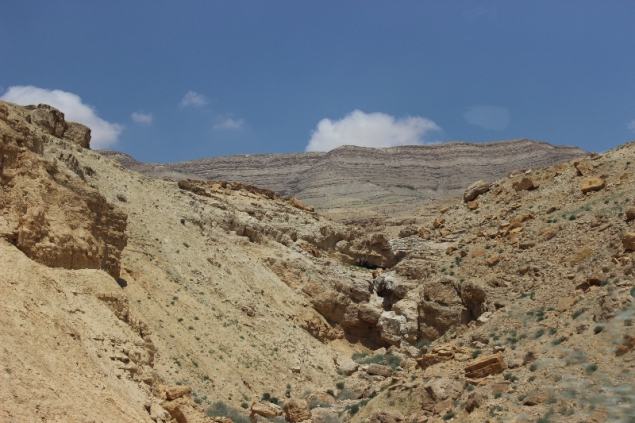 The Amman International Hotel was ready for us and we immediately had our early-check-in room. It’s about 20 $ more but very comfortable at 6 am.

The day we spent wondering around in the hotel area, going to a nearby supermarket (Cozmo) for water and some bananas and having dinner at 7 pm. 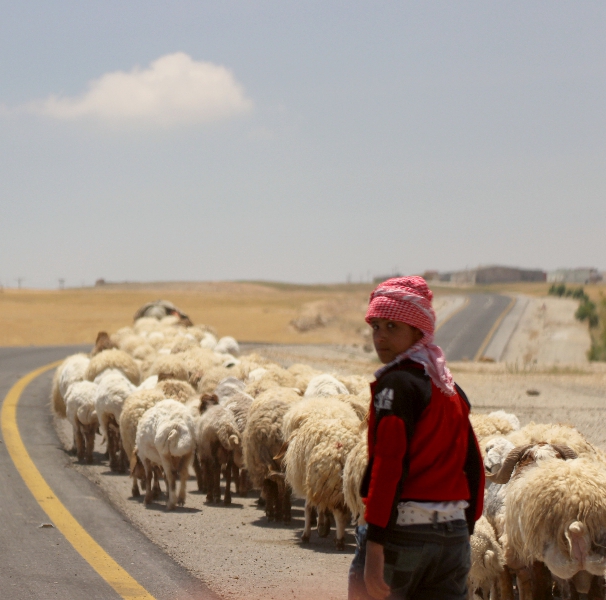 Our trip in Jordan was planned for 6 days with a guide we booked via Aladdin Tours. The following days we had the best guide one could wish. An archaeologist and historian who knew really everything about his country and especially the history. He speaks fluently English and German and participated in many excavations worldwide. 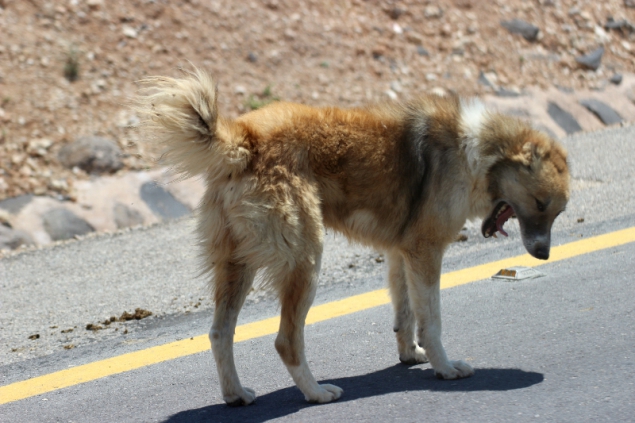 Samir, the name of our guide, had a great program he discussed with our group of only 5 people every evening before to make eventually modifications due to rush hours, Friday feasts and more. That’s why we were always in the best time at the right place. 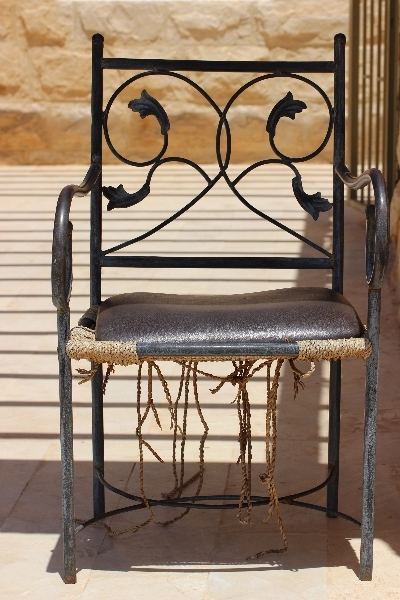 On our tour through the country we saw the various faces of the landscape, from very green where the Jordan river for example flows to very yellow-red desert with only sands and rocks.

The relationship to Israel is very friendly and strong and there is nothing to ‘feel’ about the civil war in Syria. But: Jordan has refugee camps up to 130.000 people. An enormous number for a small country and without help from outside not to solve at all. Unless civil commotions in bordering countries Jordan is one of the most secure countries in the world and Middle East. There is not much criminality and everyone can let open the car nothing will be stolen. There is much respect between people in Jordan.

The language is Arabic like in most of the countries around. Children go to school from 6 years and learn from the very beginning English. German is also a very popular foreign language as there is also a German-Jordanian university. 30 % of the Jordanians are academics as the country has 19 universities. For a country with only 6.5 million inhabitants really great! 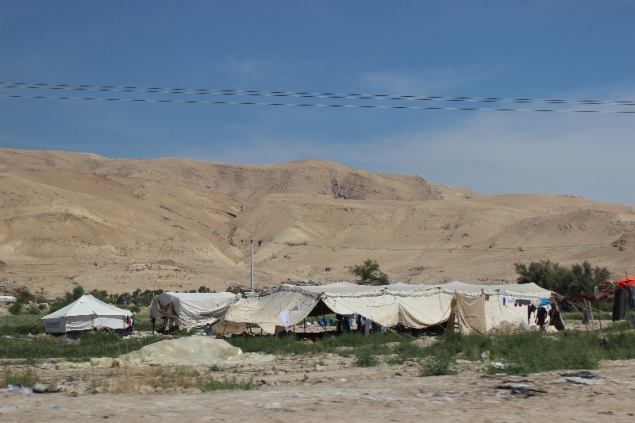 Samir told us there is no military service anymore since 1992. We saw some military more along the borders and we saw tourists police. They are more for showing the country cares for visiting people. They are often seen with delegations or big tourist bus.

The country has a democracy but the king is still the king. He is doing a lot for his country and trying to get it more up spending also his own money. Nearly everyone has possibility for Internet – every hotel offers Internet connections for free or a small fee – and the medical situation is very good as well.

I was very surprised about pricing. The costs in the supermarket, on markets and in shops are nearly the same as in Europe. I thought they would be much less. But prices raised since 2000 about 500%. One of the reasons is that Saudi Arabians, Syrians and others are coming in the country to invest due to be a very safe and stabilize country. Amman seems to be a construction site. Some villas, some common houses but everywhere they built something. Prices for an apartment are from 1.000 – 2.000 JD. Incredible!

Amman in particular is very clean. No papers seen on the ground, no plastic flying around. Outside they have a few problems with plastic bags still to resolve. But for the rest it is clean, especially in restaurants and open places. 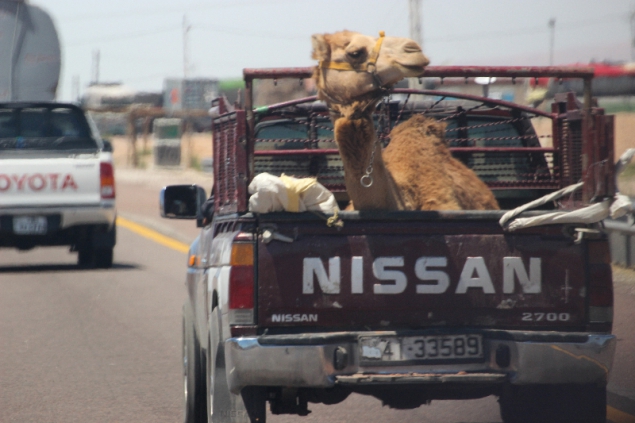 We asked about the unemployment rate. It’s only 8 %. Thanks also to many family jobs. Most of the families are working together. In a shop father, mother, son, daughter, aunt and so on are working here. Interesting the fact that workers are paid like academics. That is in my humble opinion the most right way. 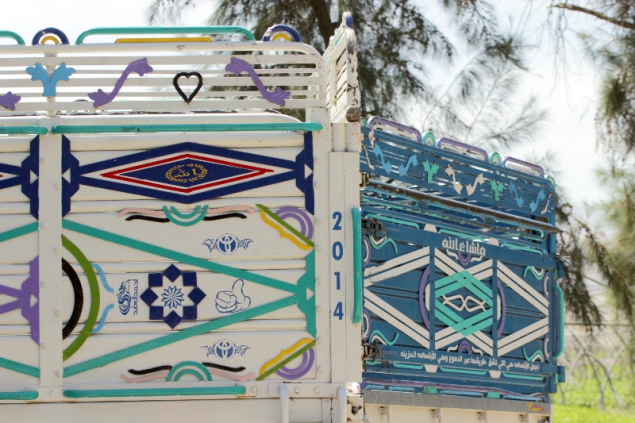 The country is colorful, full of life and the same very relaxed. Just the way many people in civilizations are dreaming of. And definitely a way of life I like.

We enjoyed our week in Jordan a lot, we had a great guide and the weather was fine, about 30°C at midday and the evenings fresh. We switched between hotels in Amman and Petra due to our trips and have known all faces of the country: from a rich wedding to the more simple living Bedouins. But one thing they all have: they are very friendly, helpful and polite people. I would not hesitate to travel by my own through the country. And I will return!!! 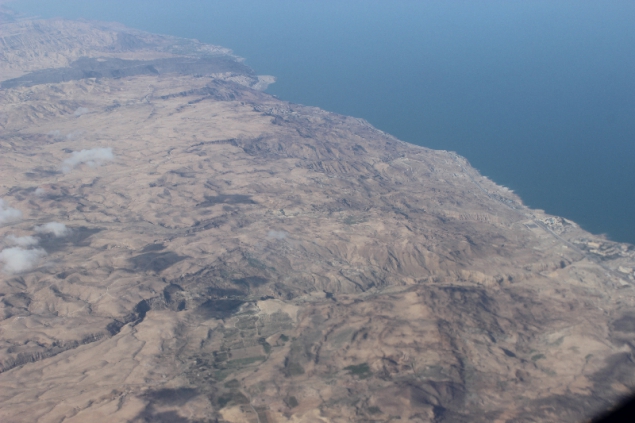 Who wants to contact Samir as a guide:
Samir Amro

Floating Sea – the Death Sea
The Nabataeans - One of the Greatest Cultures of History
Unexpected Frescoes at Qasr Amra
Be sociable, tell others!