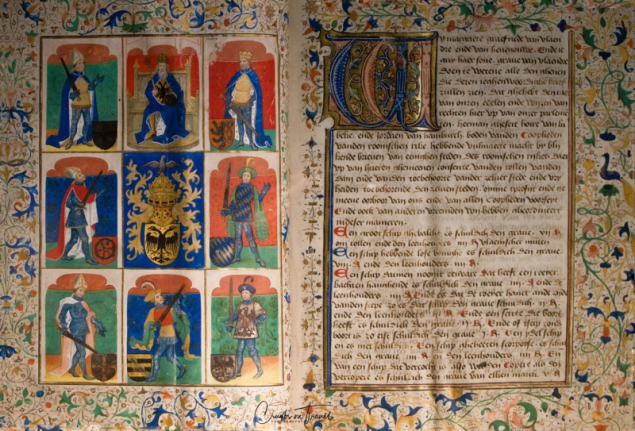 The International Museum Day this year happened on the 19th May. The day was created in 1977 where museums in all the world were invited to promote the role of museums by creating unique and free activities for everyone. Today there are participating more than 150 countries and more than 40.000 museums. In 2018 there were 41 languages and nearly 1 billion people taking information about the event.

The International Museum Day is organized by ICOM – the International Council of Museums. It organizes also the European Night of Museums, which was held this year during the night of the 18th to the 19th May. Museums will be open until 1 am and free of charge. For some reason in Lübeck it will be on the 31st August. 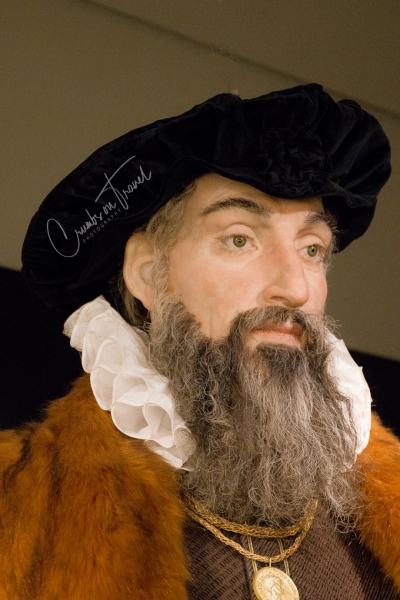 I decided to visit on this years Museum Day the European Hansemuseum together with some friends. It’s a long time that I wanted to jump in the Middle Ages and learn more about the famous Hanseatic League but for one or the other reason it never happened before. This was the occasion!

I started from Travemünde (where I am located currently) in a thick foggy weather condition. Luckily in Lübeck it was sunny and nice. Parking space was available and after a short walk I arrived at the Burgtor/Castle Gate where the Hansemuseum is located. I just had to follow a man from the Middle Ages… 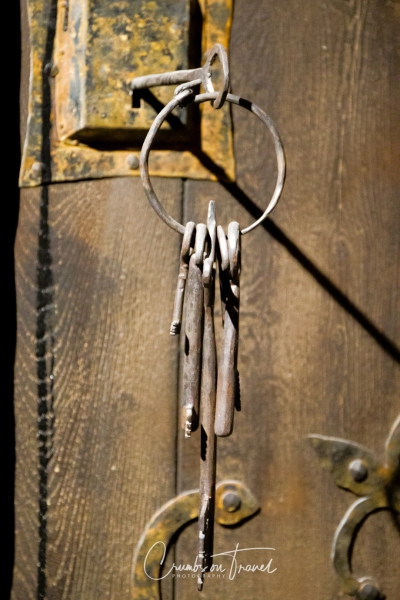 The museum offered a reduced entrance fee but also a great Medieval market with stands of food, cooking like they did in that period, handcrafts and music. Waiting for my friends I had a look around.

We paid a reduced entrance fee and with a lift we got to the basement. Here we had the possibility to learn about one of the greatest periods of the city which is also European history. 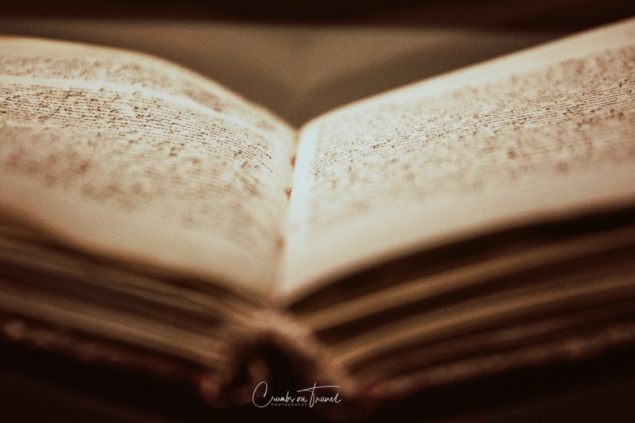 The museum was built in 2004 where once was an air raid shelter and a sailors home. Nearby there is the castle (Dominican) friary, the castle gate and the mews. The opening was in April 2015 after a multiple delay because of the many archaeological excavations in site. On 7.000 sqm/75.000 sqf there is a permanent exhibition with original artifacts, interactive sites and much more. It is the largest museum about the Hanseatic League. The architecture of the museum building is modern though in bricks (recalling the brick architecture of the Middle Ages).

The many, many explanation boards don’t leave out even one historical moment and are overwhelming in information. It is very interesting to see the many written letters and documents. The museum itself is located in the basement and pretty dark but everything is displayed with a lot of light. On the top of the new building there is a terrace which gives a beautiful view on the river Trave and the port constructions. Vis-à-vis you can see the ‘Lisa’, a Hanseatic cog.

From this terrace you go also to the friary which is not connected internally with the museum itself but should be visited definitely. I wrote a separate article about it.

I am very glad that I finally have been in this so interesting and exciting museum. It gives a really great overview of a remarkable period, about the Queen of the Hanseatic League and historical moments like the ‘Black Death’, when a third of the people in Europe died. Even though I wrote about the Hanse several times, I still found a lot of things I didn’t know. I think the museum should be a ‘must’ during a stay in North Germany, in Lübeck and at the Baltic Sea. 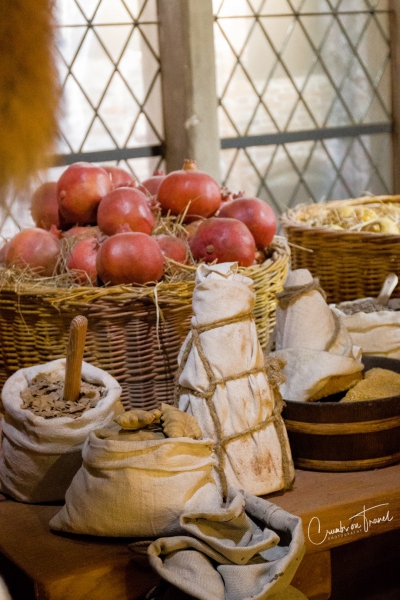 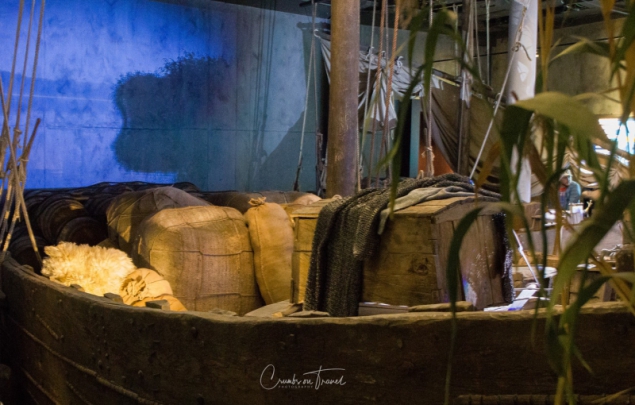 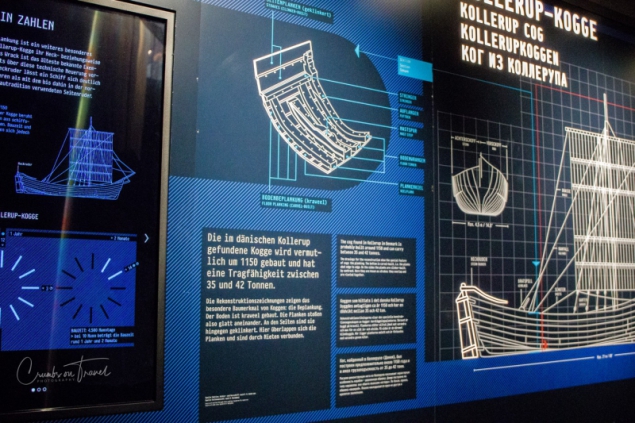 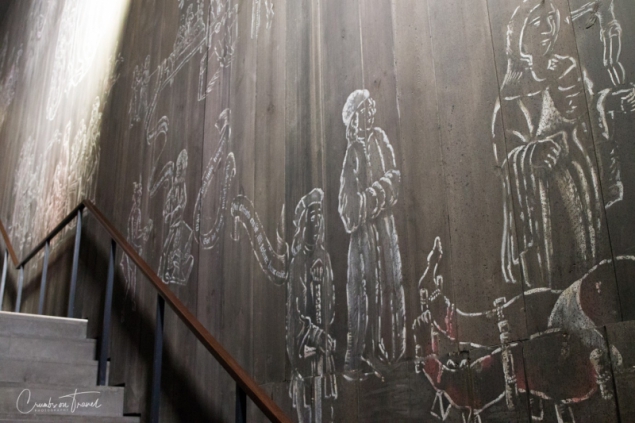 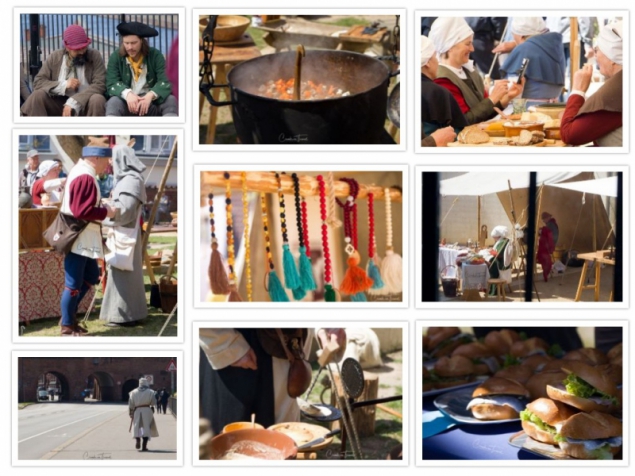 For further information:
Europäisches Hansemuseum
A little bit about Lübeck and the ICOM

Jump into Middle Ages - The Hanseatic days 2014 in Lübeck
The Hanseatic Culture Days in Lübeck
Dominican Monks in Lübeck
This entry was posted in Europe, Germany, ON TRAVEL, Schleswig-Holstein and tagged Hanse. Bookmark the permalink.