Inside Out – Body Worlds in Lübeck 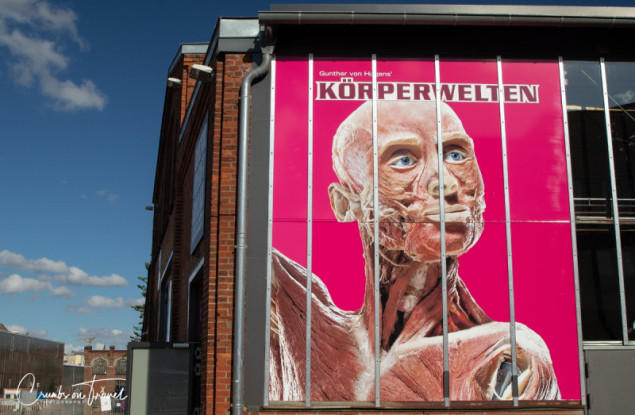 Body Worlds is a traveling exposition created by Gunther von Hagens. It shows human and animal bodies, preserved by plastination. I saw the exhibition in Lübeck in the Gollan-Werft, an event hall I have been several times for different events. 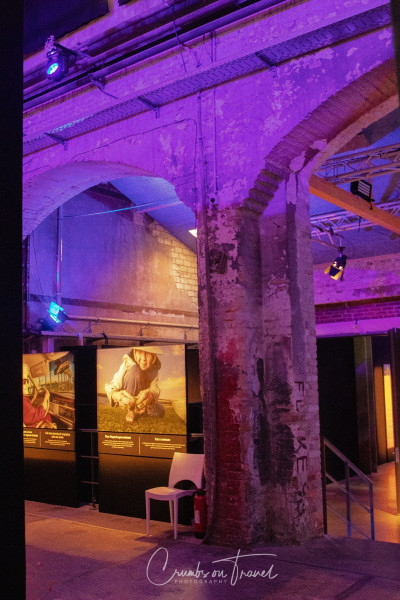 ”You are crazy, that is horrible, you can’t go!” “What’s wrong with you? That’s gross!” “How creepy is that?” Many thought that is nothing to go to, a horrible depiction of dead human bodies. And they are right. In a certain way. Being there it was by far not that horrible, gross, creepy as they said. But instead incredibly interesting, educating and amazing.

Gunther von Hagens is a German anatomist and invented a form to preserve dead bodies, human, animal or plant. He uses a method called plastination. It’s a process he started in 1977. During the plastination water and fats are replaced by plastics (curable polymers). This way the whole body seems to stay the same way. In four steps – fixation, dehydration, forced impregnation in a vacuum, hardening – the body becomes what we can see now in the exhibitions.

von Hagens grew up in East-Germany but came for political reasons to West-Germany in 1970 and continued his medical studies at the university in Lübeck. Going public with his plastination work started a great controversy. He suffers at the age of 75 of Parkinson decease.

The exhibition in Lübeck takes place in the Gollan-Werft (an old unused shipyard). It will be there until the 3rd of September. We – three girl-friends – had the courage to go to see what it is. Because of the ‘Corona-virus-year’ there were only a certain number of visitors allowed and you could really stay and ‘enjoy’ this amazing work. 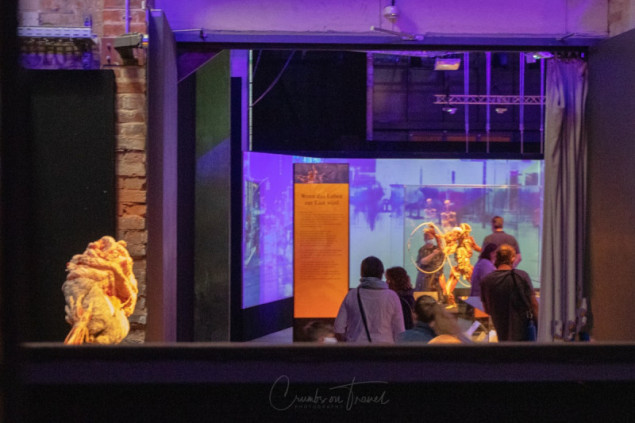 It is displayed the whole life-circle. From the embryo to old age. A lot of information panels gave explanations about processes, what we actually saw, descriptions of muscles and their function, what people around the world eat and drink in a week (strangely Italy was the only country nearly without soft drinks), why we age and how we could get at a really old age in a healthy way. 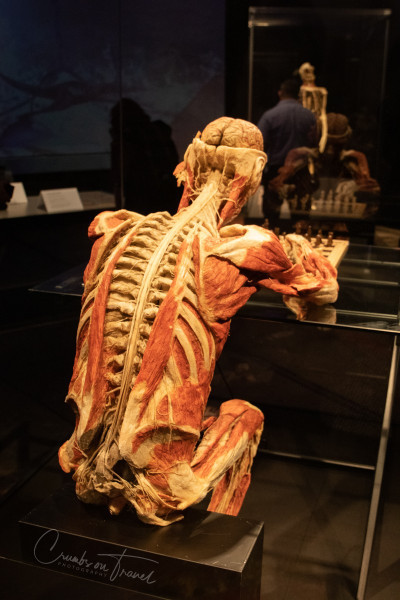 I learnt a lot about muscles, body parts, what happens when I move, what happens when I don’t move and much more around my body’s composition. We didn’t even have had once the feeling they were dead bodies, people who once were alive. They seem to be made of … plastics.

If you are not a really super sensitive person and you would walk there continuously thinking they are dead people, but you go with an open mind and curiosity, then I would recommend to go and see this extraordinary exhibition. 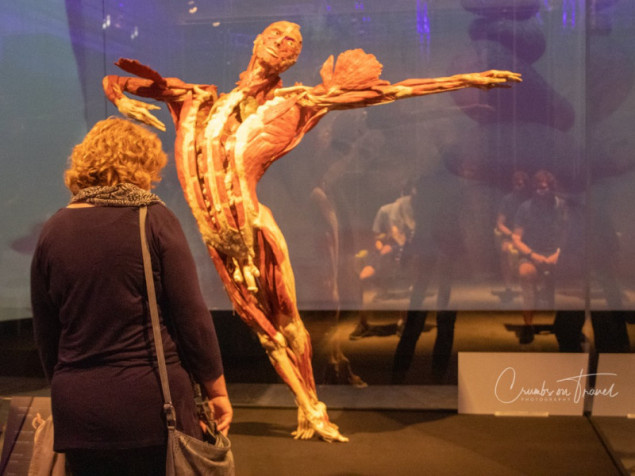 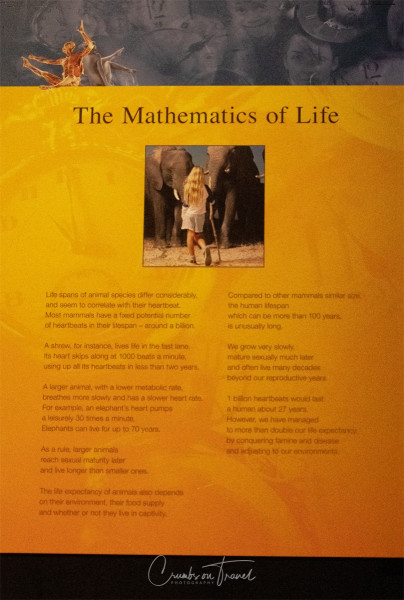 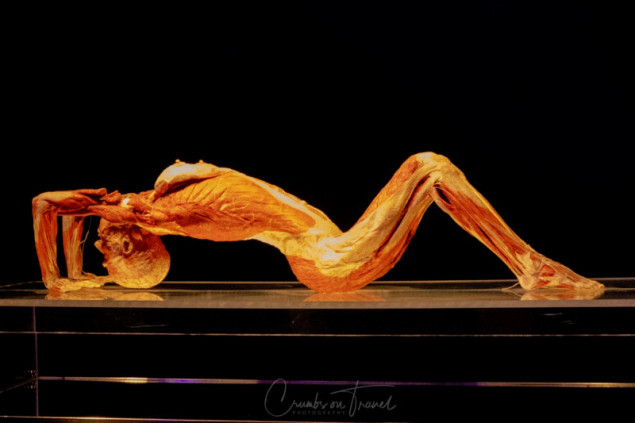 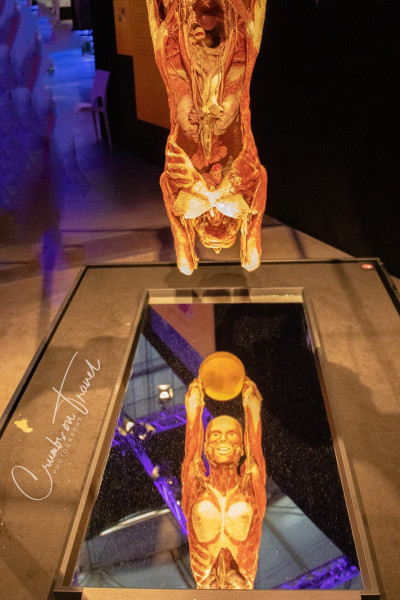 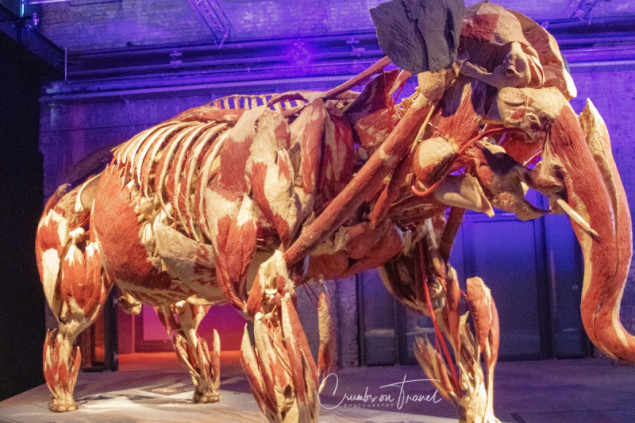 For further information:
The Kulturwerft Gollan (in German)
The official website of Body Worlds
The Body Worlds exhibition in Lübeck

Brick Architecture - Typical House Construction in Hanseatic Cities
The Town Hall in Lübeck
A Walk in the Old Passages and Yards of Lübeck
This entry was posted in Europe, events, Germany, ON TRAVEL, Schleswig-Holstein and tagged lubeck. Bookmark the permalink.

3 Responses to Inside Out – Body Worlds in Lübeck