In the Drawing Room of Europe – Piazza San Marco in Venice 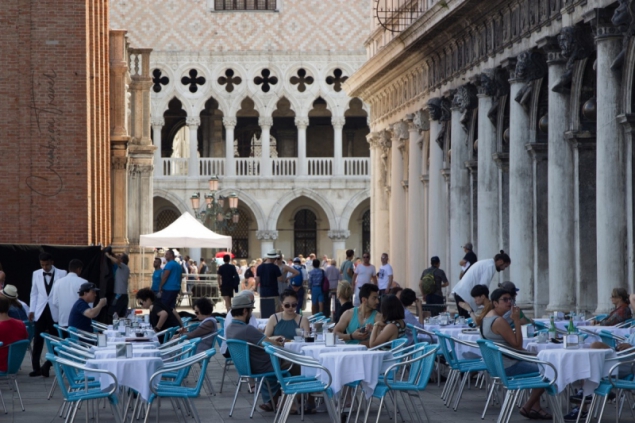 Piazza San Marco – or St. Mark’s Square – is the main Piazza of Venice, Italy. The place consists of two parts: the main square, called Piazza, going from west to east, and the Piazzetta, that goes in an L-shape towards the sea facing south. I’ll talk about the whole complex. 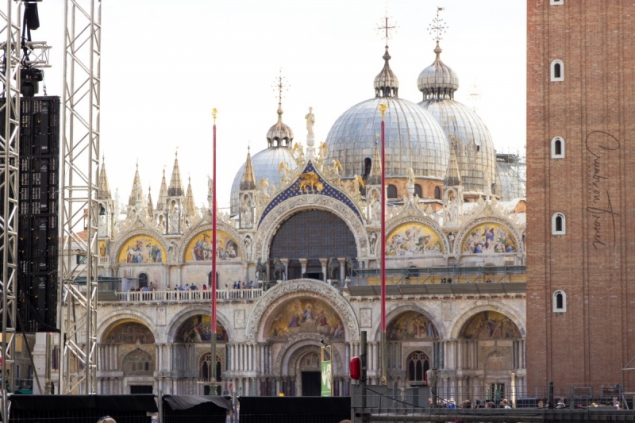 It depends on what side you will enter the Piazza San Marco but if it is the west end, then you will face the huge, imposing basilica of San Marco with a separated bell tower (campanile). The huge place makes an L-turn on the other end between the basilica of San Marco and the campanile to lead to the sea. And because of being so near to the sea, during winter time very often happens the today famous “Acqua Alta” when the whole piazza is flooding.

Now in summer tourists are ‘flooding’ the piazza, walking in the sunshine and admiring the beauty of the place and especially the basilica. 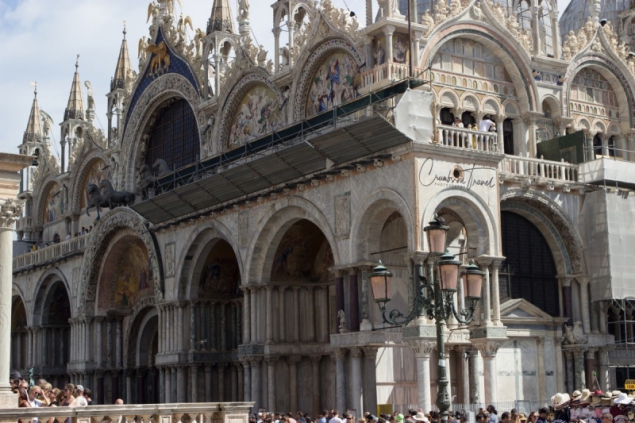 We need a little bit of history here: In the beginning Venice’s patron was St Theodore but around 830 some relics of Saint Mark were stolen in Alexandria, Egypt, and brought to Venice. The Venetians adopted him as a new patron. At this time the city was fighting to free itself from the domination of Byzantium.

The relics of Saint Mark were stored first in the Doge’s Palace, and he ordered to build a new church for the new patron. Already in 836, just 7 or 8 years later, the church was sufficiently built to house the remains of the saint. Initially there was much more water around were today the piazza is situated. It seems that until the second part of the 12th century the piazza was just a field or small place with canals in use. It was the wealthy Doge Sebastiano Ziani who started building the piazza like we know it today. Venice was growing rapidly and got more and more influence in the middle ages so it needed also an appropriate piazza in front of its main church, the basilica. The canal Rio Baratario was filled, a piece of land bought from a monastery and plans started for buildings surrounding the piazza. These buildings he left to the state after his death. But his son Pietro became Doge later and continued to create the piazza. The exact dates of the buildings are unknown. 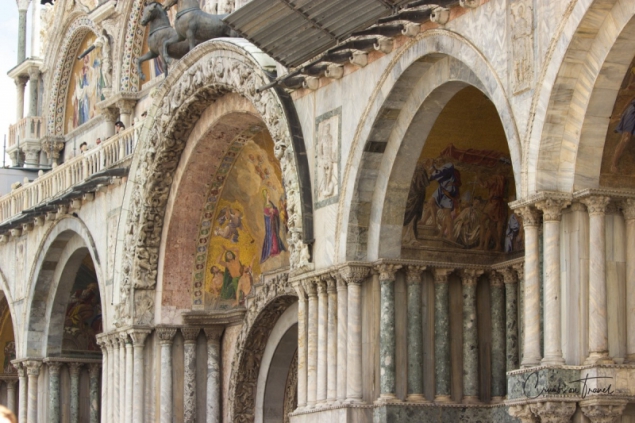 The Procuratie, the long building on the right of the piazza (seen from the basilica) was built as offices and residences for the procurators. Opposite there were other important buildings like the hospice Ospizio Orseolo which at that time was a hostel for pilgrims into the holy land.

When Constantinople was captured in 1204, Venice was shipping a lot of valuable objects to its own town as adornment. During this period the mosaics and marble appeared on the west facade of St. Marks, plus the four horses. All coming from Constantinople.

In the end of the century the new Doge’s palace was built, just half, until the 7th pillar (watch out for a circular relief). 50 years later also the remaining old palace was demolished and rebuilt – in the honor of the city.

The clock tower was designed by Codussi and started to be built in 1496. Therefore, a part of the Procuratie was demolished and opened to the Calle Mercerie, leading to the bridge of Rialto. Less than 3 years later the clock-tower was ready, the new, astronomical clock installed.

A fire only 10 years later destroyed a good part of the Procuratie and the whole complex was rebuilt, this time 3 stories high. The beautiful arches were rebuilt, the lower storey was used for shops.

Jacopo Sansovino from Rome as a consultant architect made the plans for the new Procuratie opposite the old one, with a library facing the Doge’s palace. He insisted on enlarging the piazza which until now was limited at the bell-tower. He also finished rebuilding the St. Geminiano church at the south end of the piazza.

The Procuratie Nuove were continued by Vincenzo Scamozzi but not completed before 1640 by Baldassare Longhena and 70 years after the death of Sansovino.

Under Napoleon in the late 18th century the winged lion and the four horses on the top of the doors of the basilica were removed and brought to Paris, as Napoleon wanted to take away the symbols of a free Venice. They only returned in 1815/16. 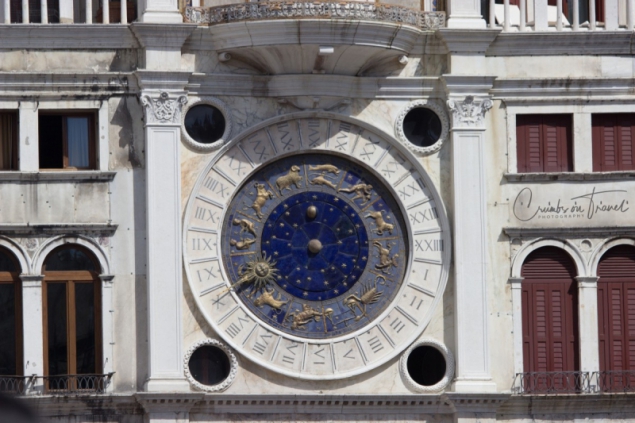 The piazza originally was paved in a herringbone pattern with bricks. The white lines you see today were maybe laid for the many processions and markets here, to help to set them up. During winter time you can see the piazza often being flooded by the sea water coming in with the storms and then laid around the piazza gangplanks to let people walk above the water. 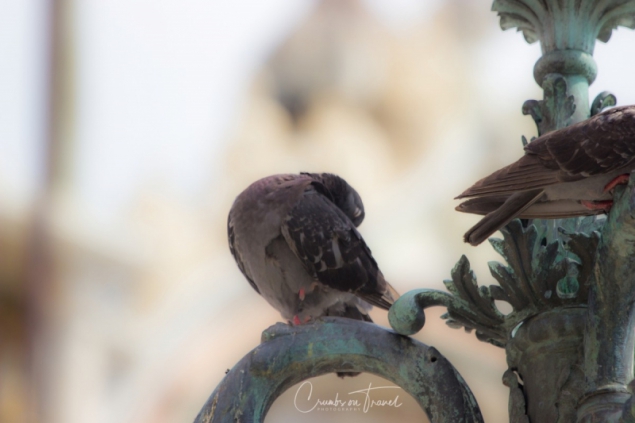 The famous picture of the many pigeons flying in the Piazza San Marco must be very old. I saw a few, they are not shy, but nothing really special. I enjoyed the piazza not only during the daytime but also in the evening and nighttime.The concert of Zucchero was amazing, the acoustic simply perfect. Early in the morning the place is impressive; nearly no people, the sun slowly coming up and putting a golden veil on the buildings, silence, just another world.

I confess it has been many years that I wanted to visit Venice but always thought about it as the most touristic place. It has a lot of tourists but it is not that bad and there are many hours the lagoon city seems to be nearly empty: in the night and in the early morning hours. 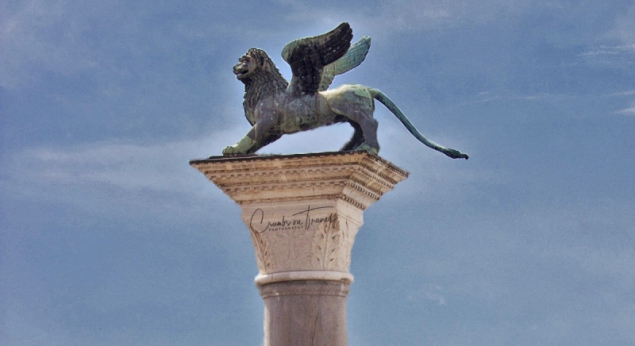 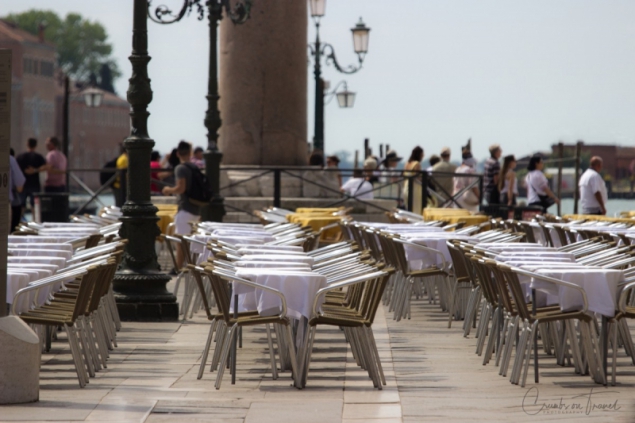 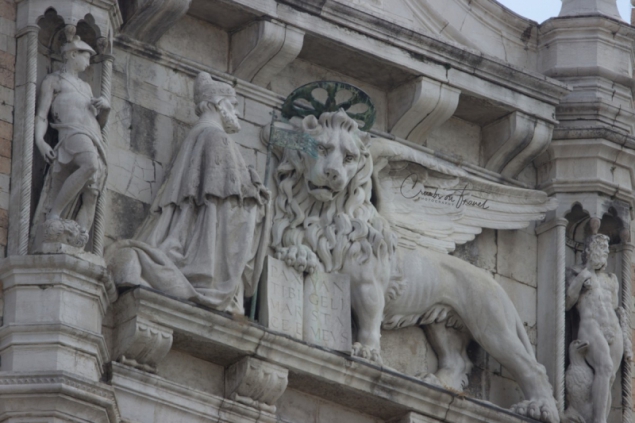 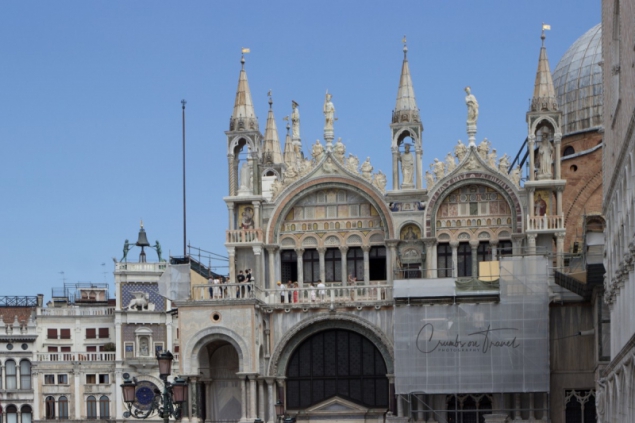 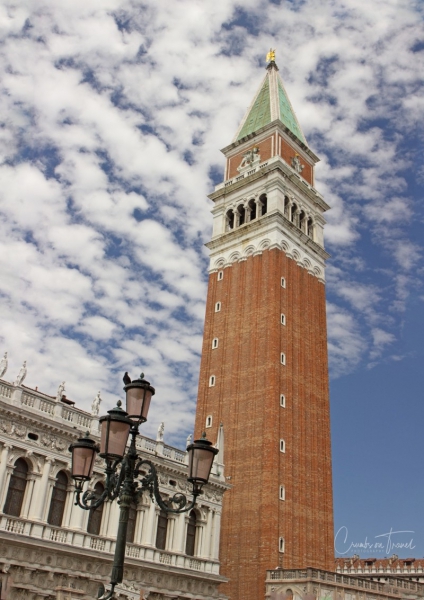 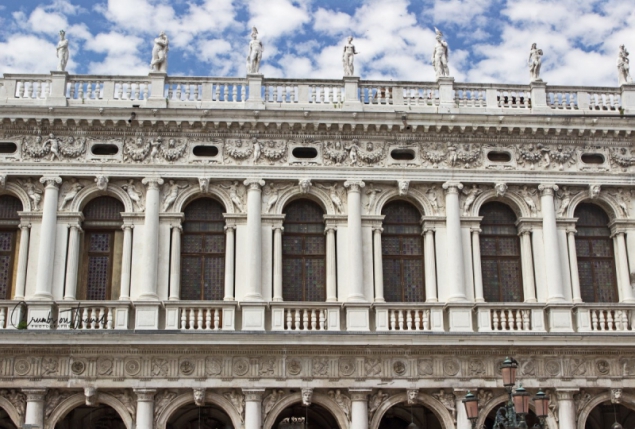 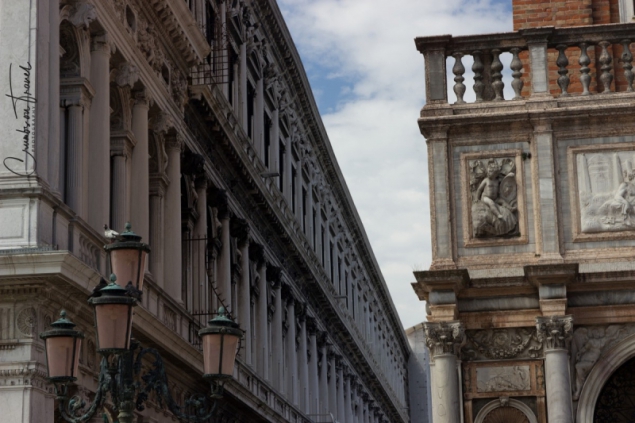 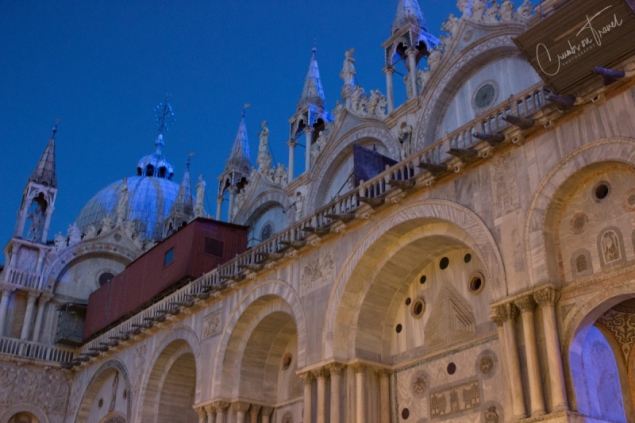 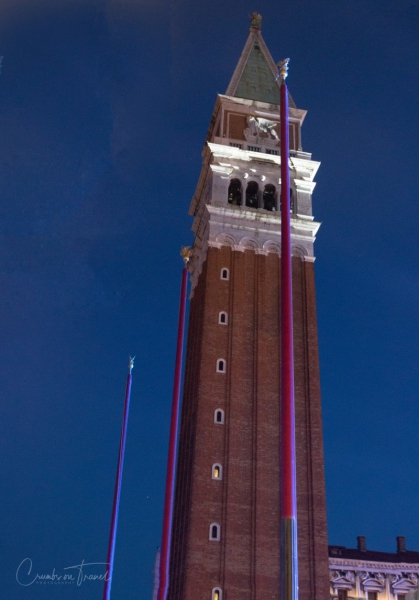 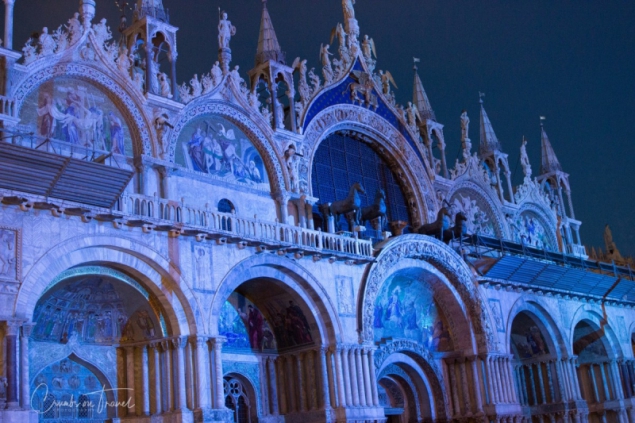 Face Behind a Face – Venetian Masks
Zucchero Fornaciari 2018 in Venice
Like a Bridge over Troubled Water – Bridges in Venice
This entry was posted in Europe, Italy, ON TRAVEL, Veneto and tagged venice. Bookmark the permalink.