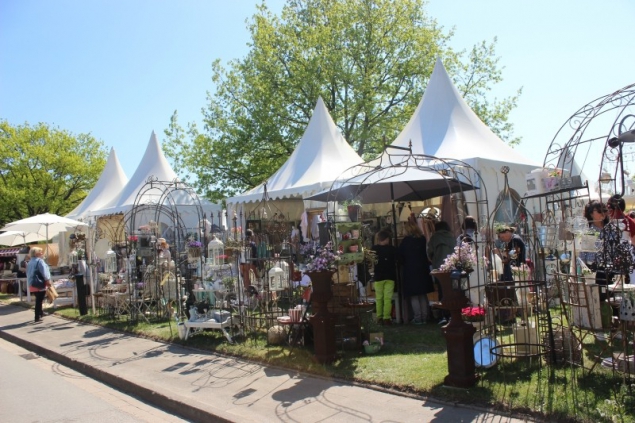 I love handicraft, I love art and I love events outside. And it is also a long time that I wanted to visit the Ambienta. This is an event which takes place during spring – summer every year in special places like manors in the Schleswig-Holstein area in Germany. This time it happened that I were in the area right for the Ambienta at the nearby Manor Sierhagen.

It’s a beautiful place in the surroundings of Neustadt in Holstein situated in the bay of Lübeck at the Baltic Sea. Just around 30 kilometers far from the place where I was doing my annual house-sitting. And on a super sunny and warm Friday this May a friend of mine and me were off to the Ambienta. 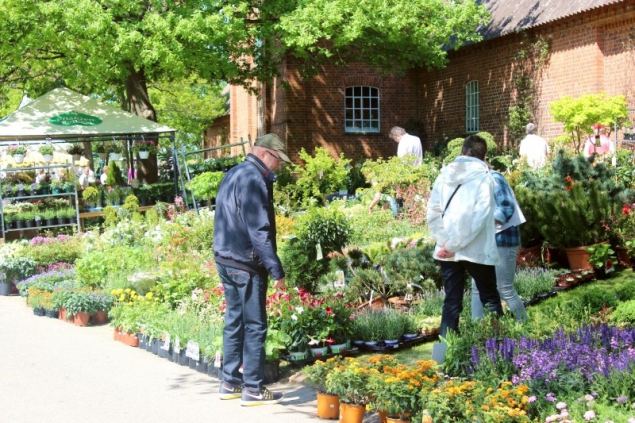 The Manor called Gut Sierhagen was once a residence of nobles called Zyra and was first mentioned in the 12th century. The manor is embedded in the so called Holstein Switzerland, a hilly area with its highest peak Bungsberg (168 m above sea level) and a tourist magnet in northern Germany.

In the Middle Age the castle changed to a manor, the towers into buildings for living. In the 17th century the manor started a floriculture and an Orangery was built. 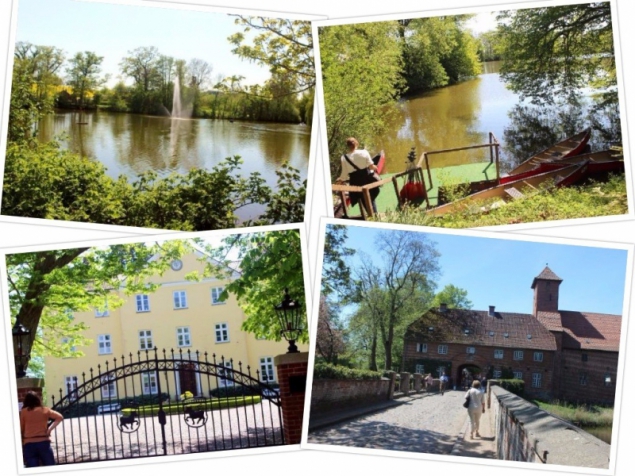 Today the manor is consisting of an rectangular yard surrounded by a water moat. The yard is surrounded by four buildings consisting of two gate houses, a manor and other used buildings. The barns are outside this ‘island’. The manor is still a private residence of the counts of Scheel-Plessen but is opened to public for events like the Ambienta. I think I saw the young count of Scheel-Plessen when we were there.

The Manor has a huge field for parking and in the sun the whole event place looked beautiful. There was a lot of entertainment offered as well like for example helicopter flights to see the rapeseed fields which are blooming just in this period. The flights weren’t even expensive, just around 35 €. Don’t ask me why I didn’t take one.. I don’t know.

The Ambienta had an entrance fee of 10 € but in minutes we could see it was worth. The organization is perfect, there were even a deposit and we could give our purchasing to someone who would deposit it just at the exit so we could continue walking around without nothing in our hands. Toilets were super clean and everything well offered. 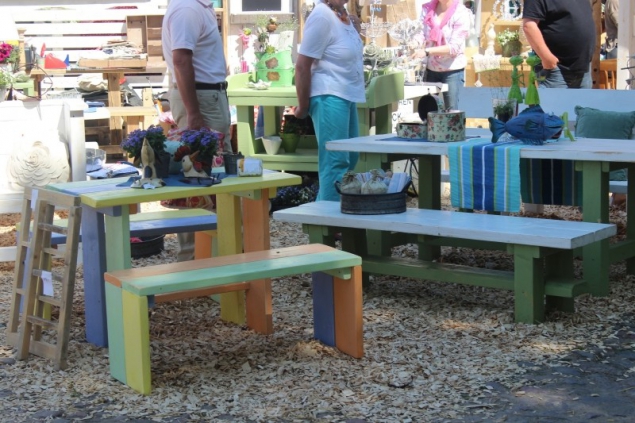 We had a slow walk through around 150 stands with everything I love for gardening and house decorations. It was such an inspiring place and I saw many new ideas. At lunch time we had something to eat. I was prepared ti fasten but I had these super delicious game burgers with sweet potato fries and salad. So good!

We spent more than five hours at the event, bought a few little things (a dress, two cups, a pitcher and an iron basket) and enjoyed a lot the weather and the location, had a lot of really interesting talks with some of the artists and some time just sitting in the sun and relaxing. There were a lot of people but it is such a huge place and so well organized than it never seemed to be overcrowded or loud. I hope to have the possibility next year again but then I will take a ride on the helicopter! 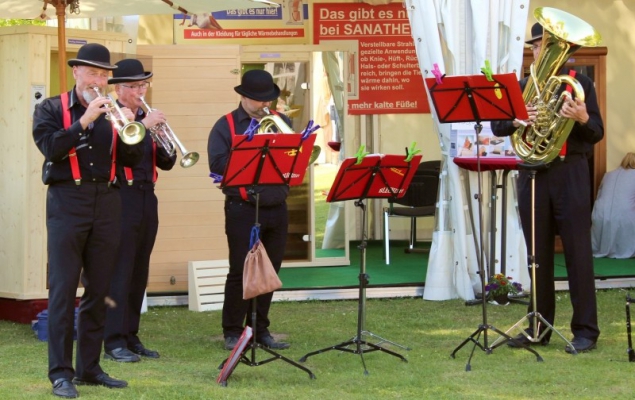 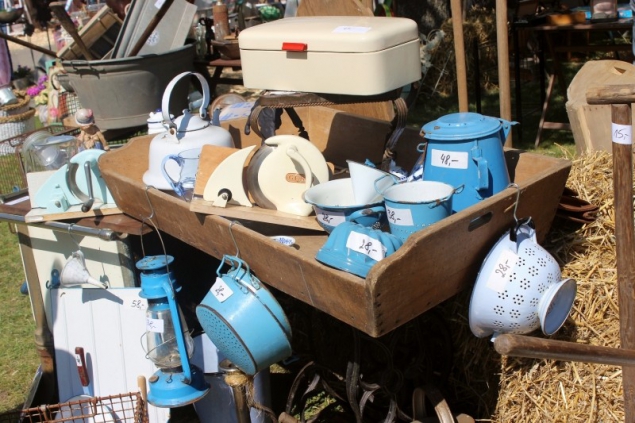 Art Weekend with Open Workshops in Ostholstein
The Opening of the Gallery EigenARTig
Painting with Petra
This entry was posted in Europe, events, Germany, ON TRAVEL, Schleswig-Holstein and tagged art germany. Bookmark the permalink.