From Vitek to Rosenberg – the Castle of Český Krumlov 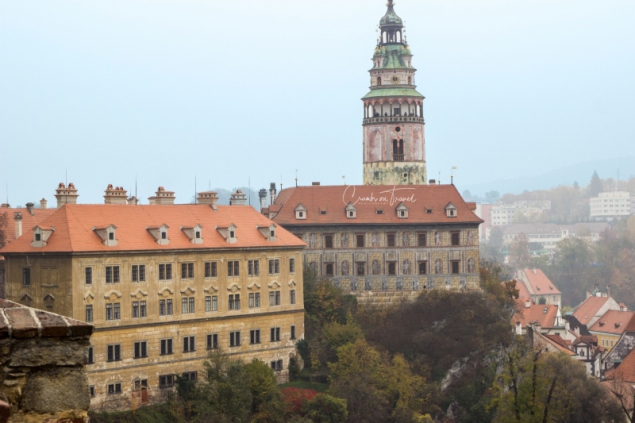 On our sight-seeing tour in Český Krumlov, we couldn’t miss the castle. It is overlooking the little medieval town and is the reason why the town exists. Today it is a UNESCO world heritage site and one of the most visited places in Czech Republic.

We were there on a cloudy day but with a lot of enthusiasm to jump into the past. 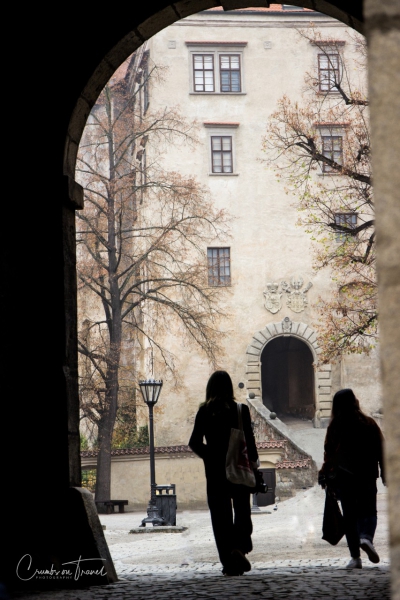 The first mention of the castle was in 1253, though the castle was built around 1240 by the Vitkovci family. Just 50 years later the family had no male descendants and the castle passed to the Rosenbergs, relatives to the family. They transformed and enlarged the castle, especially in the mid 16th century. The last ruler of the Rosenbergs sold the castle to the Emperor King Rudolf II who gave the castle to the Eggenberg family from Styria. Maria Ernestine von Schwarzenberg, married to an Eggenberg, made major changes into the Baroque style. The castle became a Schwarzenberg property until 1947 when it became state property under the new communist government. 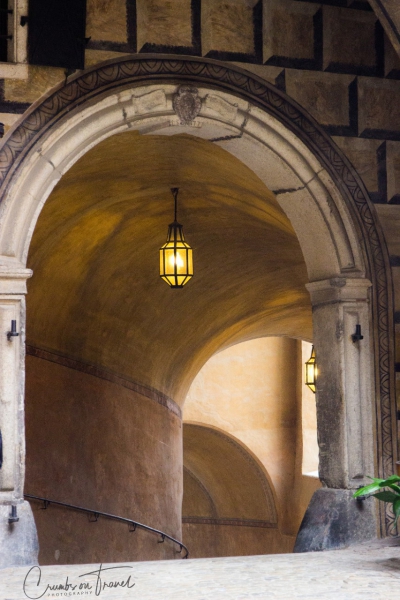 The castle has 5 courtyards. The way to the castle is already like a fairy-tale walk. Through narrow cobbled roads (with a lot tempting little shops) you arrive at the tower. There is a moat around this part in which unfortunately a bear is imprisoned (they told me, I didn’t see him). Somewhere in the first huge courtyard there is the tourist information where you can buy several different guided tours. My sweetheart disappeared and after a while reappeared with cards for the castle and the theater.

Unfortunately we were not allowed to take photos inside the castle nor in the theater, not even paying for it. But out of the windows was allowed!

The guided tour in the castle was very interesting, we had an American tour guide from Florida. He was very well-informed about the history and could answer every question. He had a great way to let us dive into the history part of the old walls.

Later we had a guided tour through the oldest Baroque theater of the world. It is very small, the tour consists mainly of watching a video. But I still recommend the tour as you enter also backstage and see the old machinery and mechanisms to make the theater work. All made of wood and ingeniously constructed.
The theater was first built in 1680, but rebuilt in 1765/66 after a design by Andrea Altomonte. The carpenter work was done by a local man, while the curtains, the stage decoration and wall paintings (jaw dropping!) by two Viennese artists.

The theater today is exactly the same as it was more than 250 years ago. There are only two performances per year that are open to public.

We didn’t visit the Lapidarium with many statues from the castle and the gardens. Most of the sculptures are from J. A. Zinner and M. Giessler, court sculptors in the 18th century.

We haven’t been on the tower as well. The tower with its 54 meters height (162 steps) would have given a nice view of the city, but the weather was really bad, and we preferred to skip it.

But we went to see the Baroque castle gardens. This huge garden complex was built in the 17th century on the south-west side of the castle. It is 150 m/500 f wide and 750 m/2.460 f long. The gardens are surrounded by walls. There is a forest like part for horse-riding, a revolving auditorium, the Bellarie Summer House (closed but here I saw the little grotto) and of course a designed garden with water fountains and beautiful statutes. 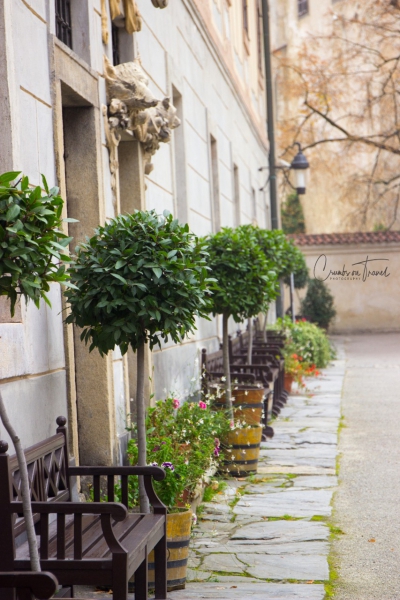 I am not sure what I enjoyed more but I think the machinery in the theater. That was really amazing. The castle is beautiful from inside. Interesting is that we entered into the castle through the castle chapel. I liked also very much the ballroom in the castle, full of illusions.

It was a nearly day filling castle tour! 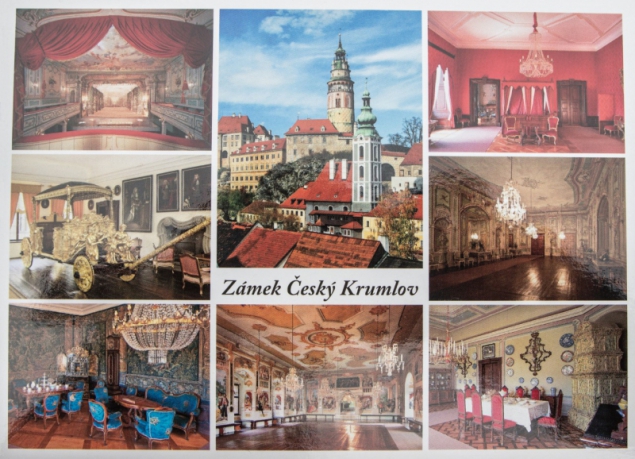 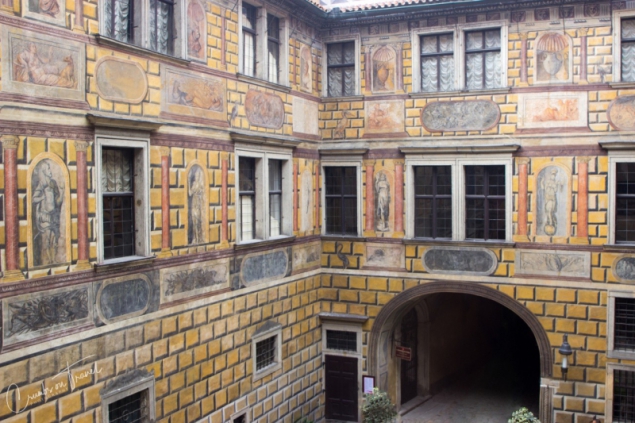 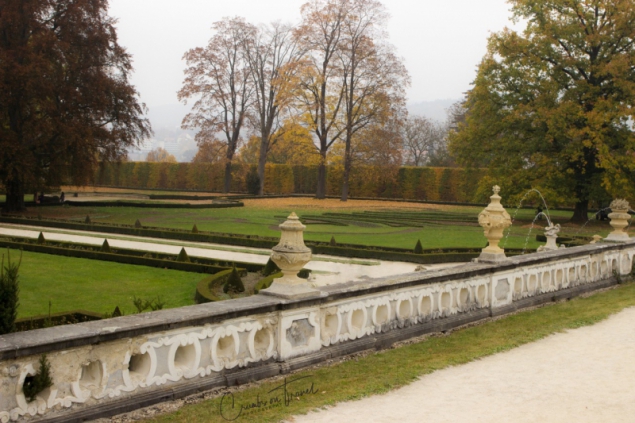 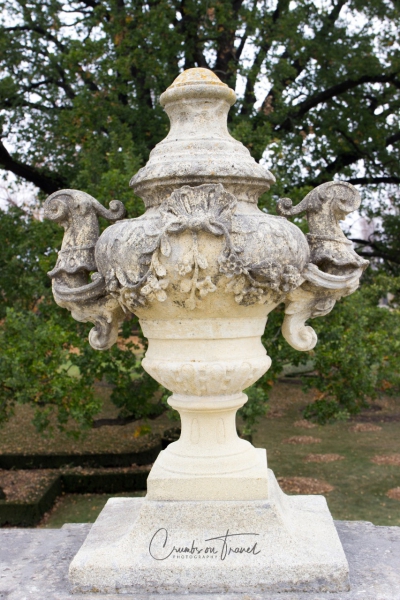 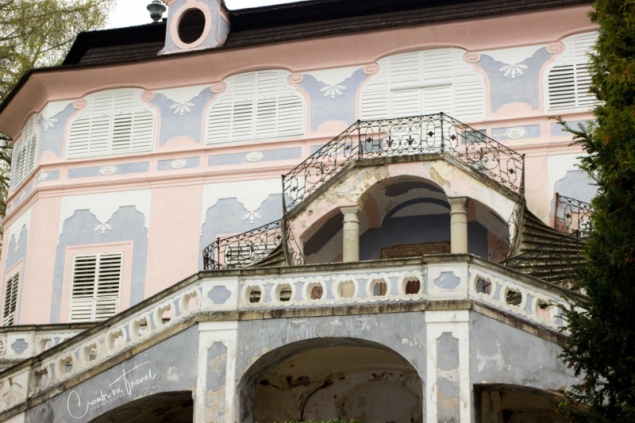 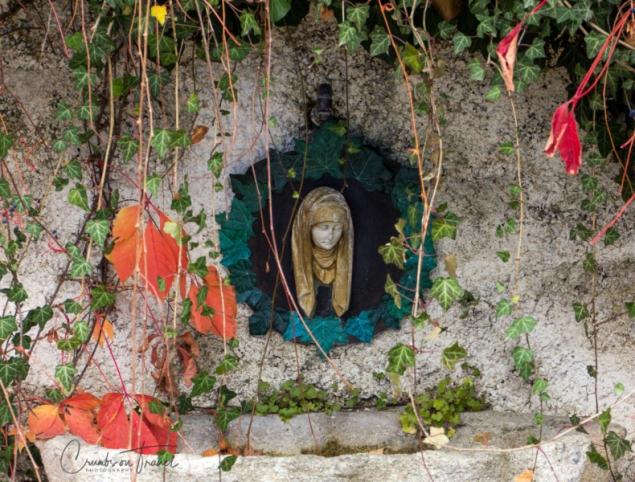 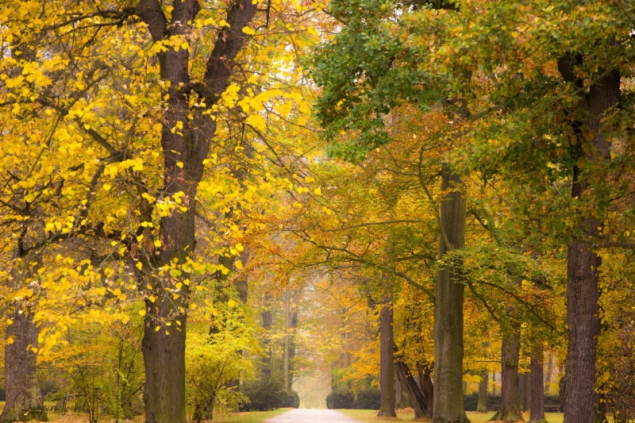 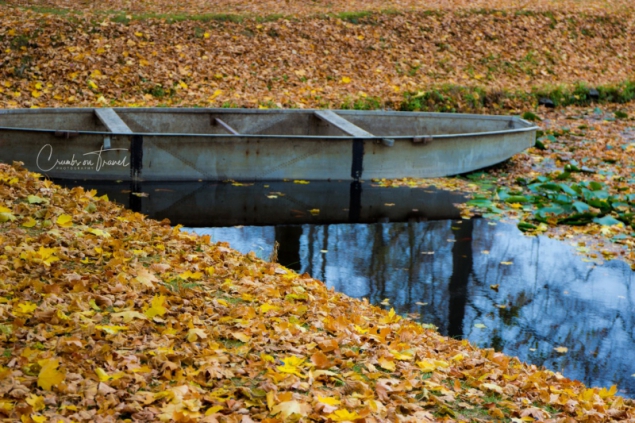 What is Saint Vitus doing in Český Krumlov?
A Day and A Half in Karlovy Vary
Czech Renaissance Gem: the Bohemian City of Krumlov
This entry was posted in Cech Republic, Europe, ON TRAVEL and tagged Czech Republic. Bookmark the permalink.