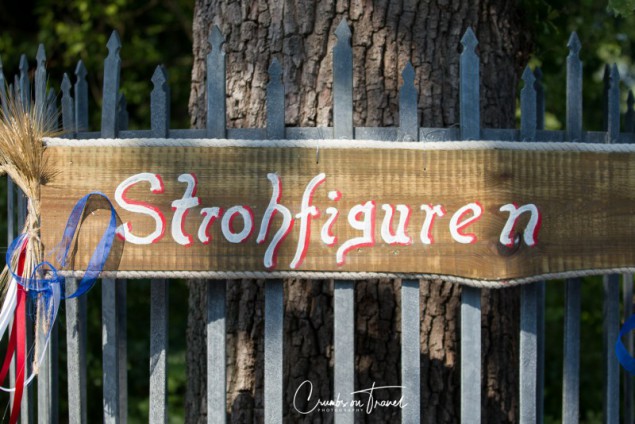 As I am ‘stuck’ in Northern Germany for a while, I try to get the most out of it. And when my friend told me a few days ago about the Probsteier Grain Days, I went on Google to see what that it is about: sculptures made of straw.

We decided to go and have a look last Sunday, a very sunny and warm one, and ideal for art-watching. 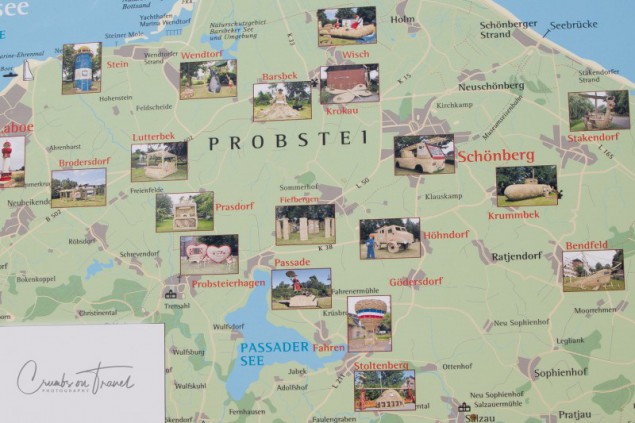 So, what is it about exactly? Straw figures! Little villages in the area around Kiel create gigantic figures with straw. I was more than curious what that could be!

The area is called Probstei. It is a collective municipality in Schleswig-Holstein in the district of Plön and near to Kiel. It’s nearly a peninsula surrounded by the Baltic Sea, the Kieler Förde and with several lakes. Just driving around from village to village is so beautiful. The little villages, often only with just a handful of old houses, are incredibly inspiring. They nearly have all a village pond with ducks and swans living there, and all the houses have a wonderful cottage garden. In one village we talked to a woman who has 61(!) hydrangeas. The most colorful and amazing hydrangeas ever! 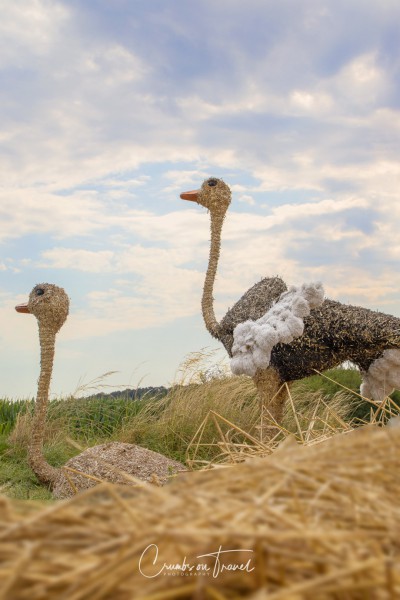 The Probsteier Grain Days – or in German: Probsteier Korntage – are held for the 20th time. 19 communities are in competition with their figures. We saw only 7 or 8 (we are not sure if the straw-ostriches were part of it because they were standing right at the entrance to an ostrich farm).

Some were really elaborate. The ‘Gorch Fock’ ship had little sailors on the sinking ship and the submarine was nearly as big as a real one and people could enter and even go up to look outside from the top.

I liked very much the Viking-ship and the Viking itself. The location was also so perfect: right in front of the village pond. 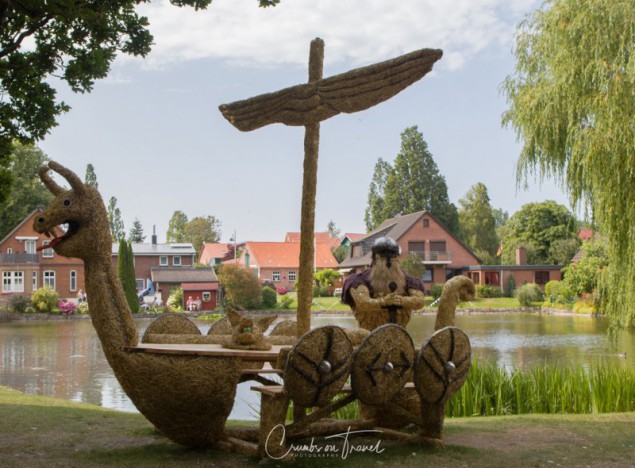 It was a great idea to go and see this art-work. I am curious which one will win the competition on the 25th August.

In addition to the many straw figures there are also other activities like learning how to grind grain into flour in the Krokauer mill, straw bale singing (whatever that may be) or going on a horse-carriage through the grain fields full of cornflowers and many other wild flowers. Everywhere there are farms or country estates open for ‘Kaffee und Kuchen’ (coffee and cake) and there you can buy typical products of the region, too.

Germany has beautiful places and interesting history, but the region I like most is definitely Schleswig-Holstein, the ‘flat land’ with its diversity. And especially in summer with a lot of really interesting activities around art of all kinds. 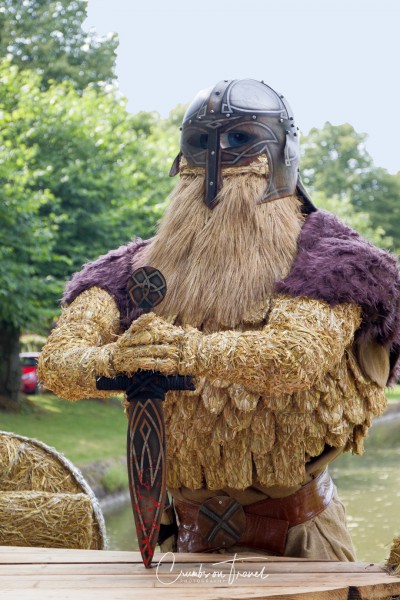 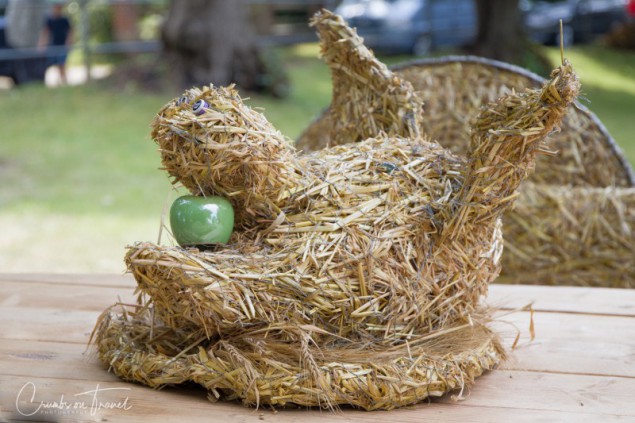 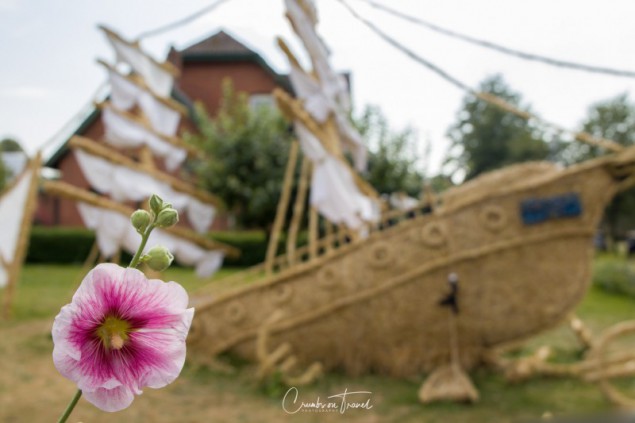 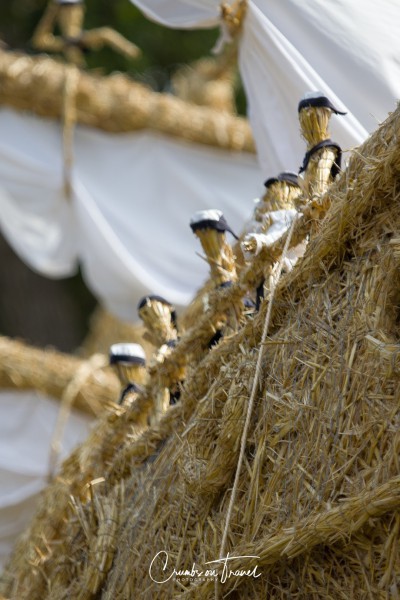 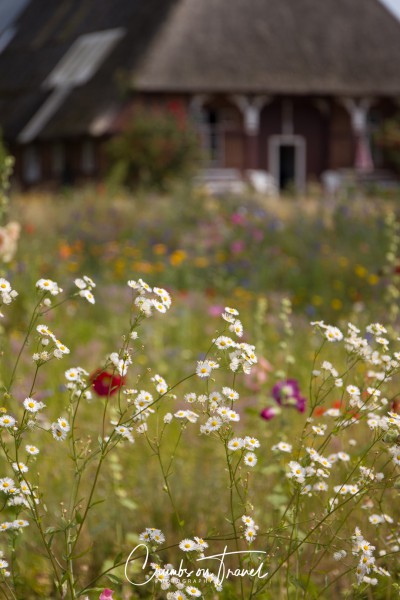 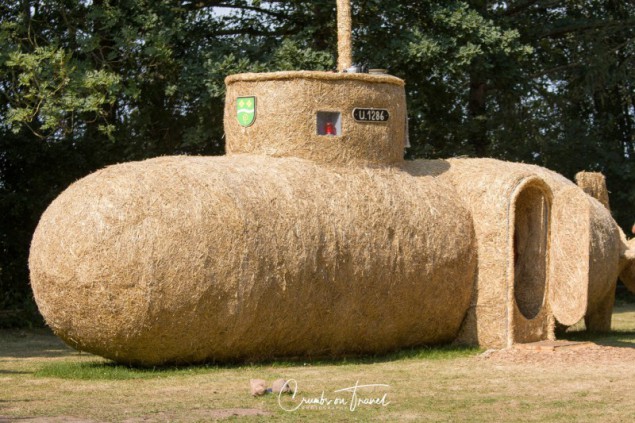 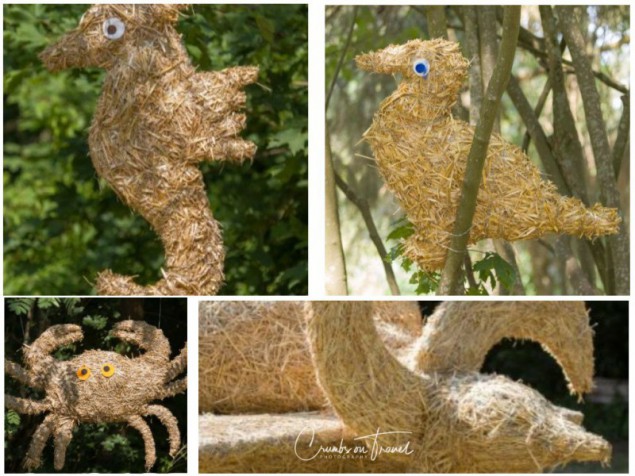 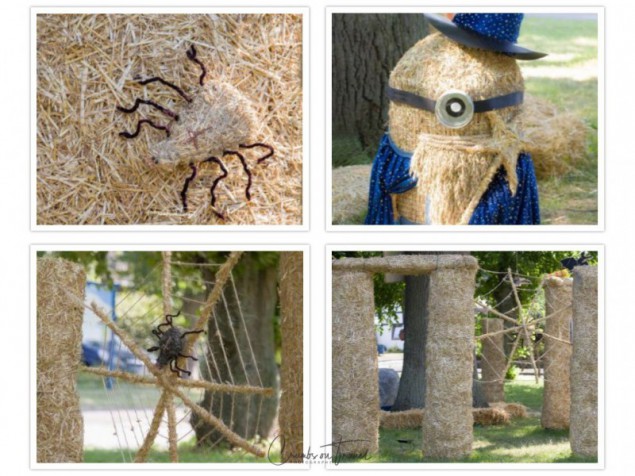 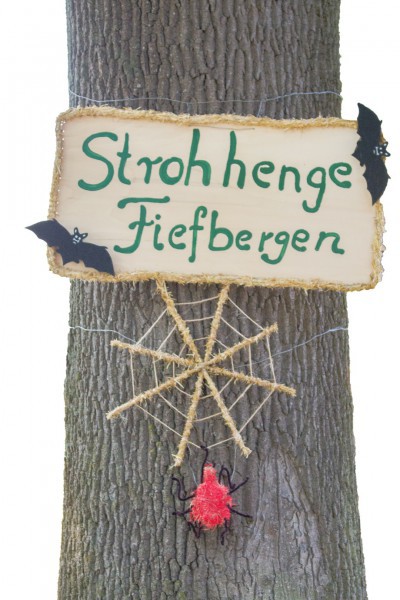 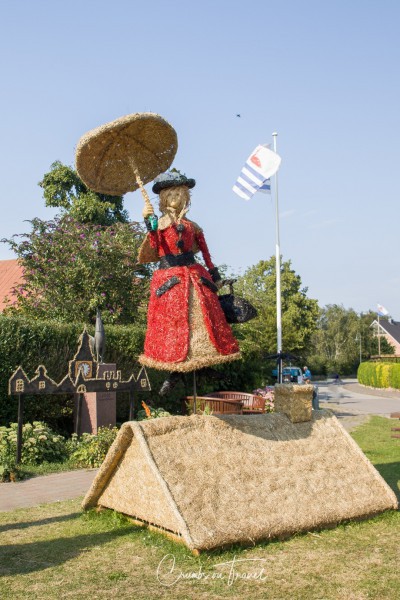 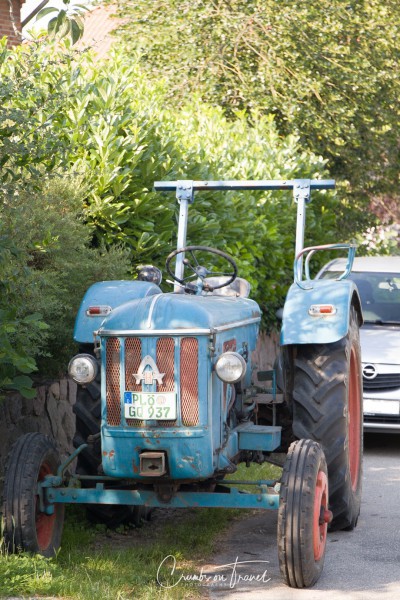 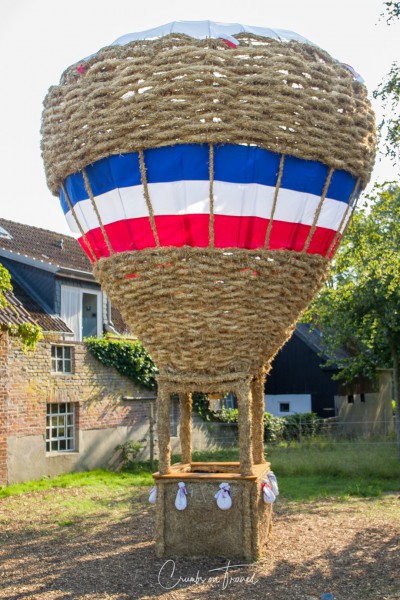 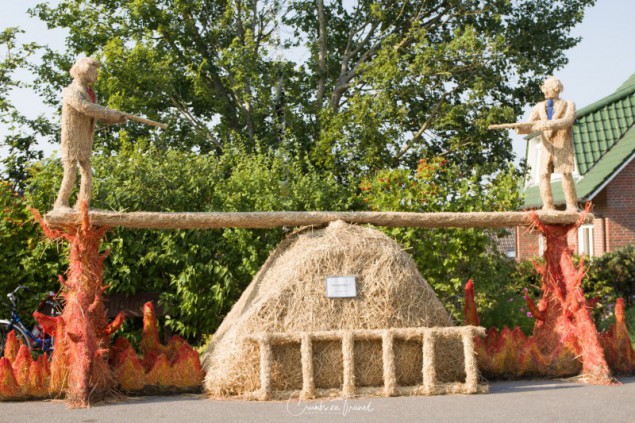 For further information:
Maybe a little bit more about the Probsteier Korntage (in German)
27th July to 25th August 2019

A Weekend of Open Workshops in Northern Germany
The Opening of the Gallery EigenARTig
Painting with Petra
This entry was posted in Europe, events, Germany, ON TRAVEL, Schleswig-Holstein and tagged art germany. Bookmark the permalink.