Fabio Piccini about paleo and a workshop 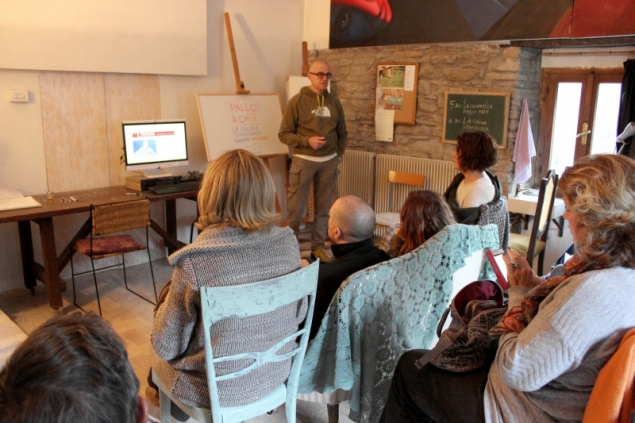 This has been the second workshop of this exciting weekend of December this year at ValdericArte in the Marche, Italy. I was curious about the discussion that would be about the paleo or cavemen diet. In Italy it’s still very new and just coming out. But there is already a small good movement and I think in the next few years it will be a very important way of nutrition the society has to consider. And many people have to deal with it as well. Like restaurants, suppliers and accommodations. 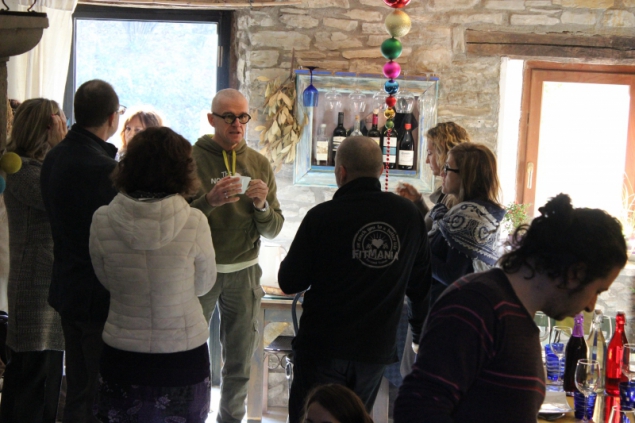 Fabio Piccini is a physician and psychoanalyst, PhD in food, nutrition and health, he is a co-creator of Italy’s highest ranking online resources on eating disorders, collaborator of the international KOM2002 research project about psychological and physical well-being and a lot more. He wrote several books as well.

He was the speaker today and talk about the importance of what we eat. And what can happen if we eat wrong for our body. Of course he is eating as well paleo but thinks also that everyone has to find his own way for the right nutrition. Some don’t tolerate eggs, others instead need rice for it’s carbs and other should eat less meat and more veggies and fruits instead. Paleo vegetarians for example already exist ( me for example). And of course how important exercising is. Or anyway an active life that has not to be full of sports necessarily. 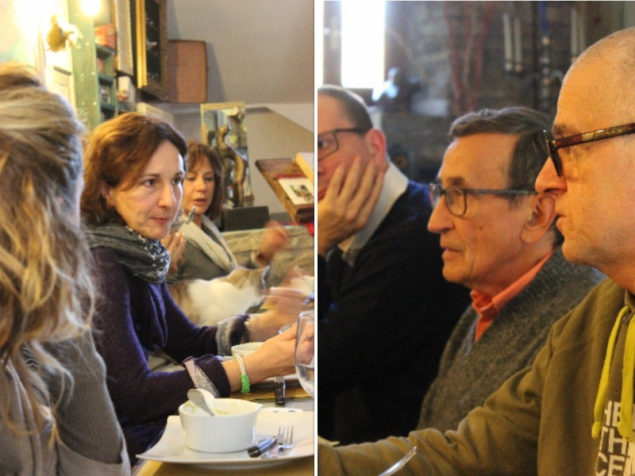 He spoke shortly about intermittent fasting but unfortunately didn’t go deeper into the argument. There were a few questions open.

We had our lunch with a lot of paleo dishes, one better and more yummy than the other. I love to sit down in a restaurant and know I can eat all that arrives. Not very often. 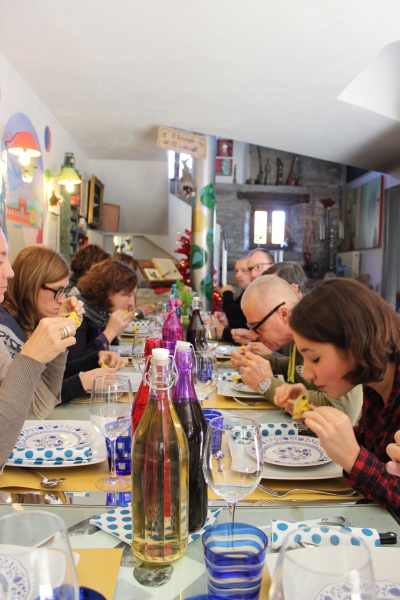 After lunch, a coffee and a sweet treat we got out for a little walk when Stella started to explain the ‘weeds’ in the garden. Spontaneous cuisine… nearly all we try so hard to get rid off in our garden we can eat. And all is delicious. She showed the plants we had before for lunch. And many could not believe they ate THAT weed. 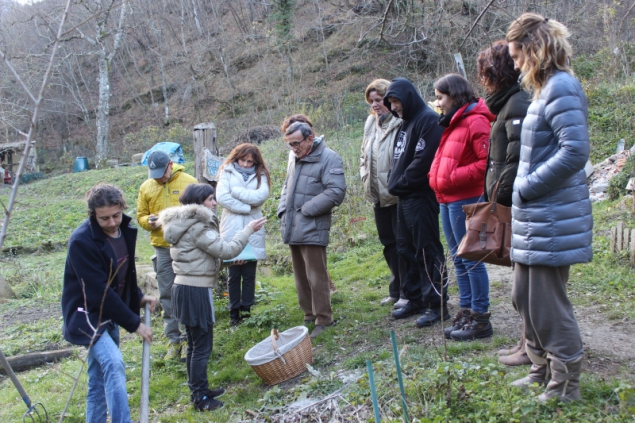 This is one of the examples she showed us and she got for a little soup demonstration later we can do with all these herbs and plants. 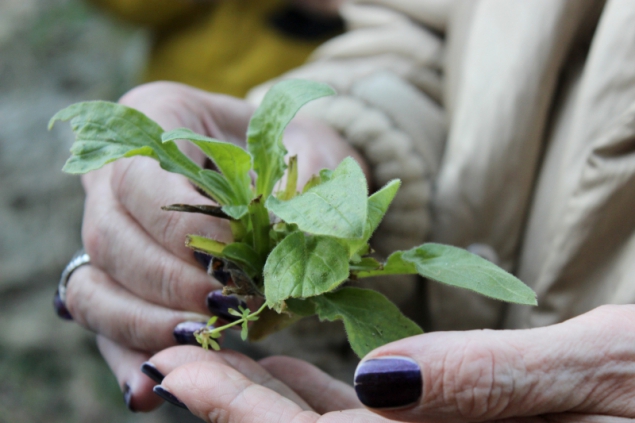 Passing in the huge gardens of ValdericArte we had some inside-followers: little kittens at the window who wished to come with us to explore the wide wide world there outside. For a short moment they took the attention from Stella because everyone wanted to make a photo of the three hair-balls. 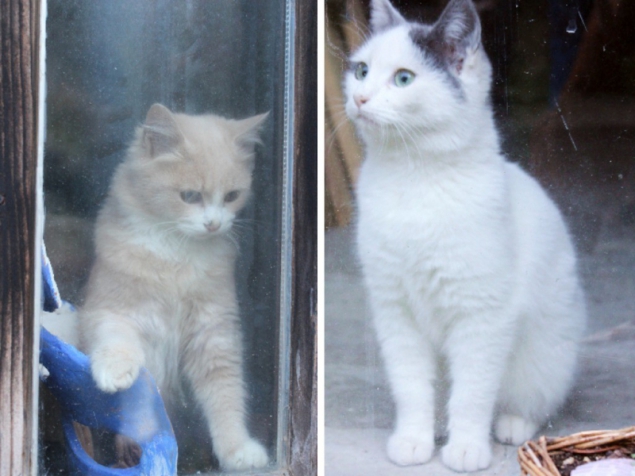 After the refreshing and very interesting walk we had to come to practice. Stella had already a table full of kitchen helpers like blender, pot and camping cooker.. and of course Fabio, her fiancee. In a mill they started to show us how easy it is to do ones own flour of what ever like nuts, rice (not paleo), amaranth, quinoa and more.

Meanwhile she started to cut all those herbs she collected with us in the garden for a spontaneous garden soup. It would cook for the rest of the workshop on the camping-cooker. 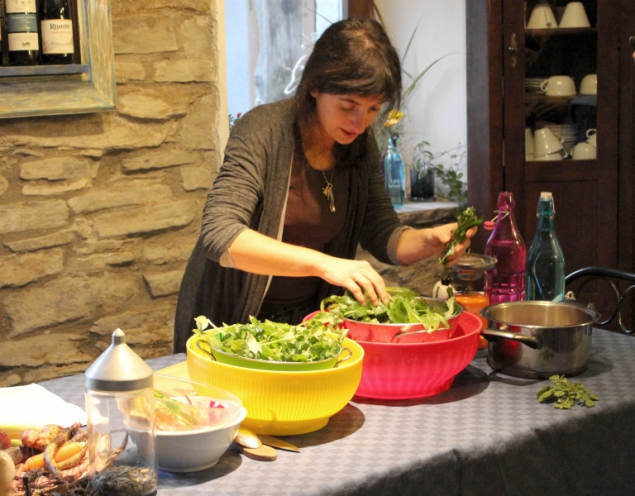 The flour she made from amaranth (out of her own gardens), quinoa and other seeds she used for a very simple recipe of crackers. 10 minutes in the oven and they were ready to ‘crunch’. 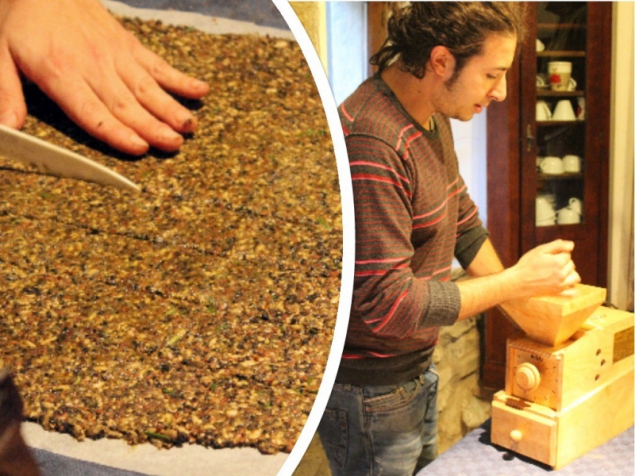 Stirring in the veggie pot, crackers to control in the oven and preparing the next dish and the same to prepare the pasta dough is not easy. And to explain to others the same moment is even more difficult. She is a great teacher and all were depending on her lips. 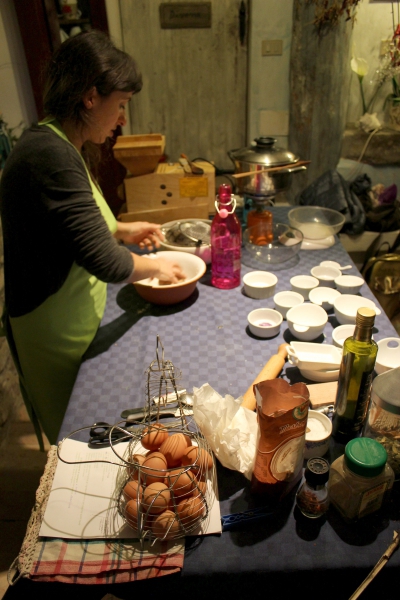 The pasta looked great. It was the same pasta we had at lunch with mushrooms and onions. Soooo good!

The last thing she showed us how to make homemade Nutella or better chocolate spread. She used a blender but I believe it come better out in a food-processor. What do you think? 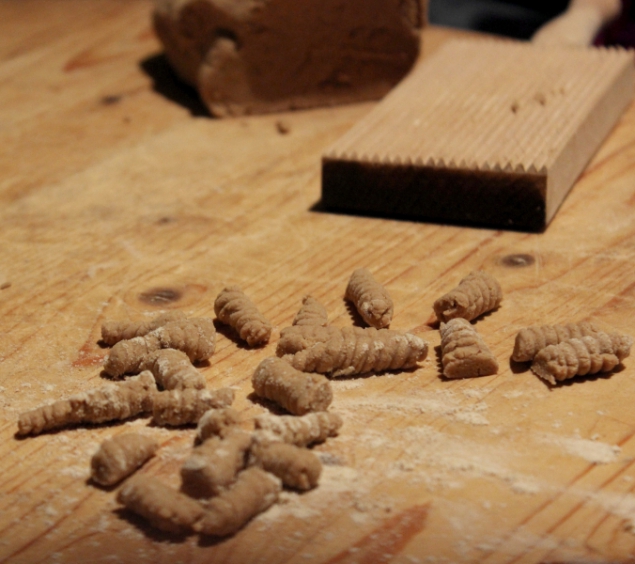 The workshop ended late in the afternoon, nearly evening. Some of the group stayed for dinner, many couldn’t find the moment to go. So many questions, so much to explore, so much to learn. We had a great, full day with a lot of new input (even me I am paleo for years). Everyone took something special at home and I think a lot of them were re-thinking there diet. 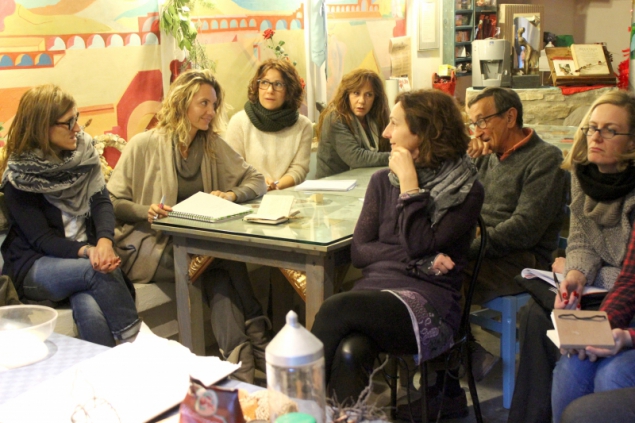 Music and Dances in Val d'Erica
Ciak.. Movie and Themed Meal for a Great Afternoon
An authentic Italian food experience in a home restaurant
This entry was posted in Europe, events, Italy, Marche, ON TRAVEL and tagged valderica. Bookmark the permalink.

One Response to Fabio Piccini about paleo and a workshop