Exploring the Souks in Dubai – Day 1 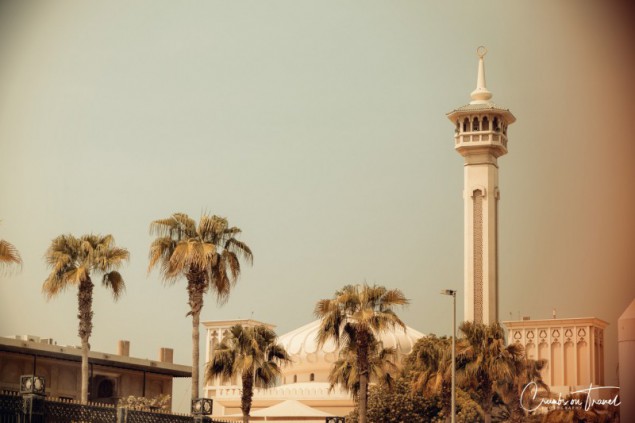 My first day in Dubai began with the perception of a very warm and humid climate. So much warmth and humidity that I couldn’t use the camera. The lenses were always super fogged when I was taking the camera out of the rucksack and it took ages to get right. But let’s start from the beginning … 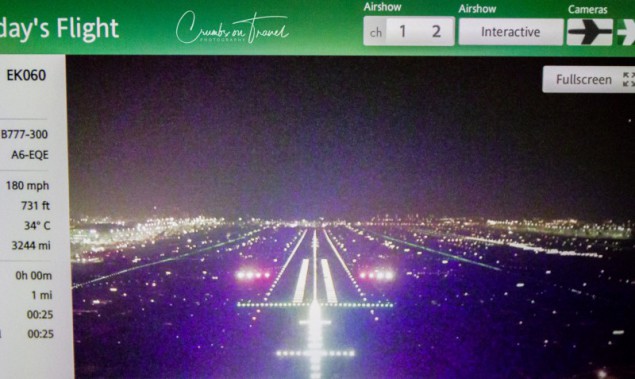 I arrived at 1 am in the morning at the International Airport of Dubai where my friend, coming from Kampala in Uganda, was already waiting for me. We took a taxi to the nearby Al Seef Heritage Hotel.

The next day later in the morning, we decided to have a coffee somewhere and first have a walk through the Souks opposite the Creek. When we left our air-conditioned room, we had the great weather impact. Even I thought it is warm, though it was not more than 42°C, but very humid. 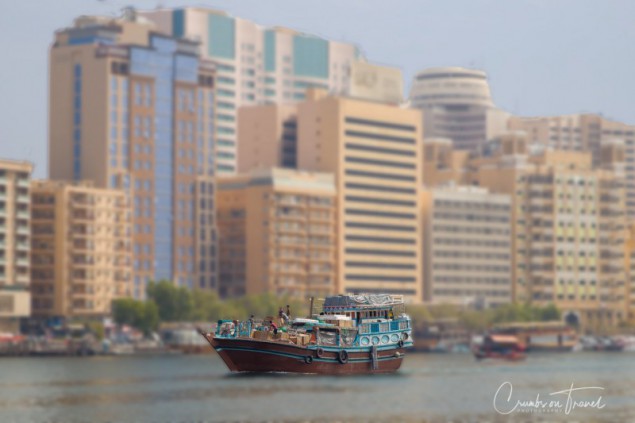 We walked to the station where the dhows leave to get a passage to the other side of the Creek – a water-street similar to the canals in Venice/Italy. For a little money we had a ride over the water, enjoying the light breeze and cooler air.

The other side is a busy city like all middle-eastern cities and the first thing I noticed was that there were nearly only men in the streets. Later when we switched to the Souks we saw also women.

In a little shop we stopped to have something to drink, and we got also a banana, just to eat something. We had a coffee which was good, the water was just not drinkable to us. It seemed to be pure chlorine. We just threw away the small bottle.

The gold souk was the first on our way. I wanted to look for a gold ring, my friend was not interested in jewelry at all. We had a quick look in a few shops, and I was amazed that with 250 shops and stores there was nothing I was interested in. 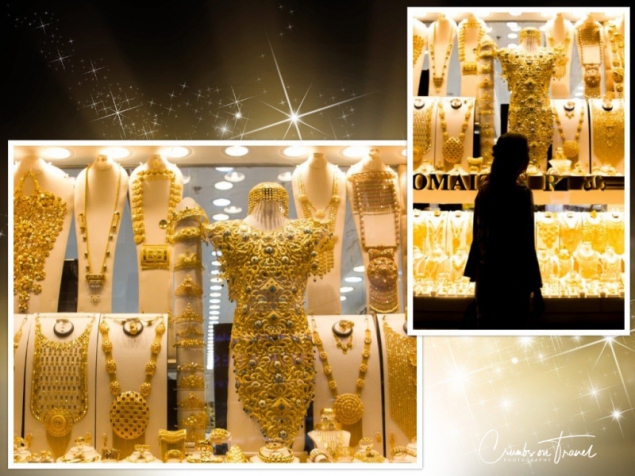 Soon we left and emerged into the spice Souk. This was much more interesting. A lot of colors, the display was often very nice in huge containers, spices heaped to cones. All sorts of spices and herbs: for cooking, for beauty, for health, for teas. I bought a bag of Harissa, a typical Moroccan spice mixture that I have difficulties to buy in Europe. Of course, it was a little like running the gauntlet with all the men (no women to sell anything) nearly jumping on us totally crazy tourists walking in the midday heat through the Souks.

So when we left the shady and cooler area to return to the Creek and set over to the other side we decided to have a look at the Arabian Tea House near to the hotel. We were a little hungry and that should be a good place to have something good. 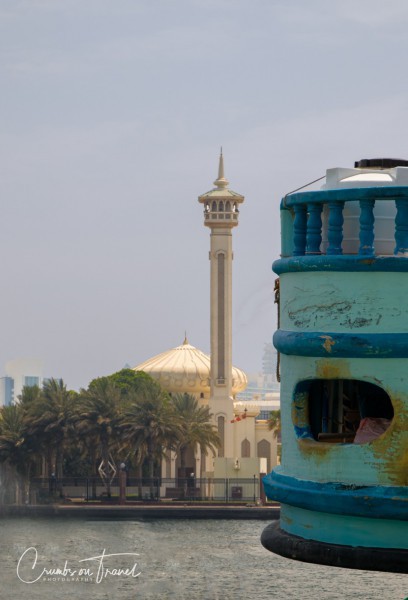 We finished our day with a great, yummy dinner and went after that to a supermarket not far away. We bought some fruit and nuts for the mornings and during the day so we didn’t need to go more than once a day for brunch.

During the whole day and in the late evening we had problems with the camera and only carrying in the hand for a longer time it would adjust to the atmosphere. The temperature difference between outside and the rucksack was too much otherwise. Apparently it was the hottest and most humid day of our Dubai trip. The next day was much easier … 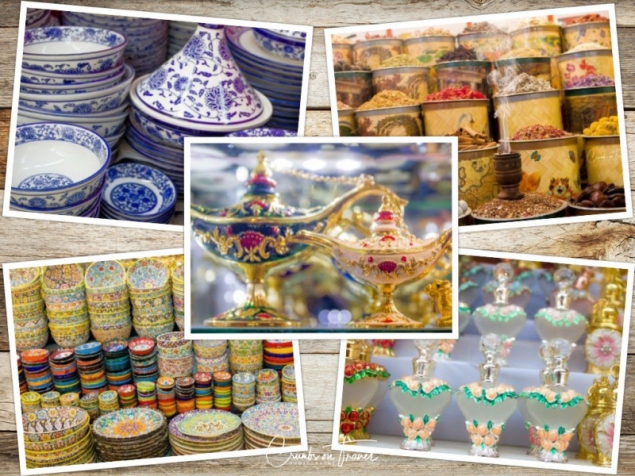 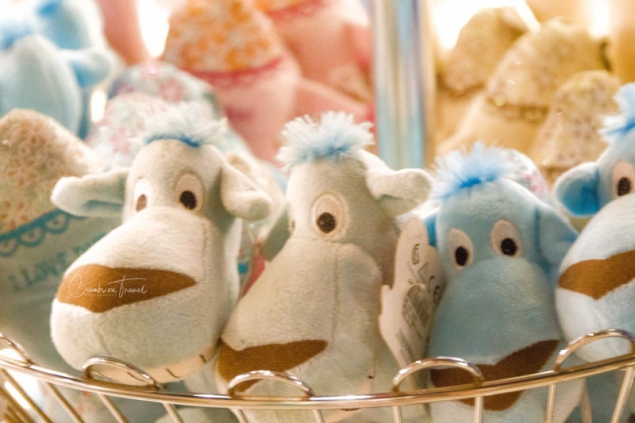 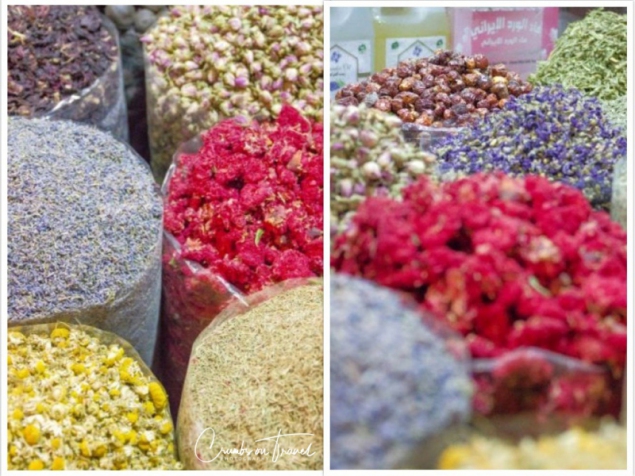 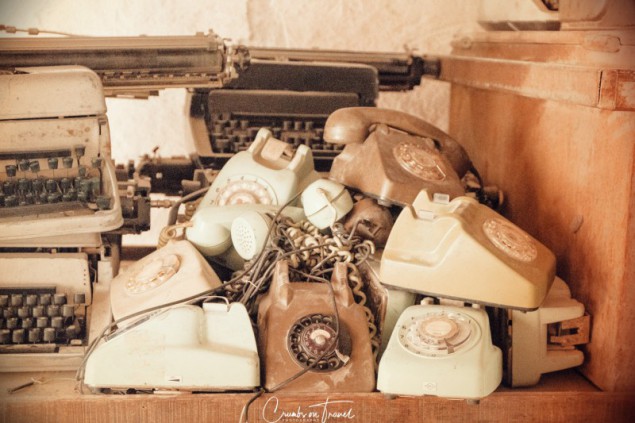 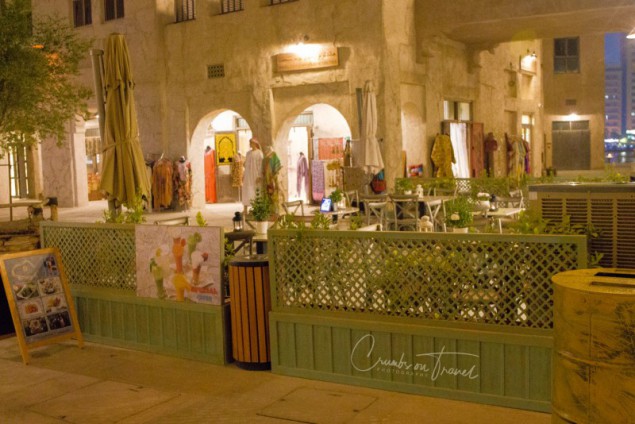 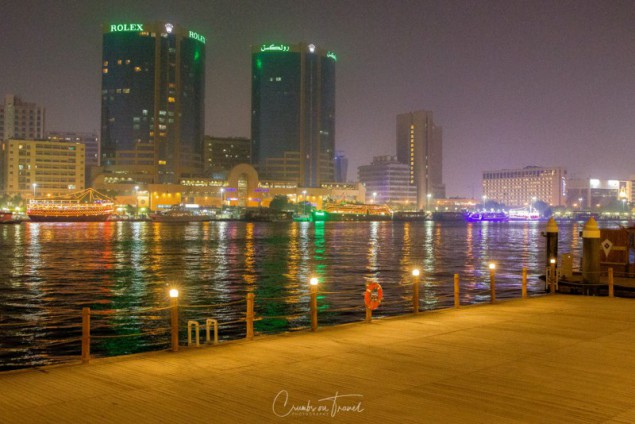 The Dubai Frame – Day 4 in Dubai
A Boat-Trip in Dubai – Day 2
Dubai by Night – Day 3
This entry was posted in Dubai, Middle East, ON TRAVEL, UAE and tagged uae. Bookmark the permalink.