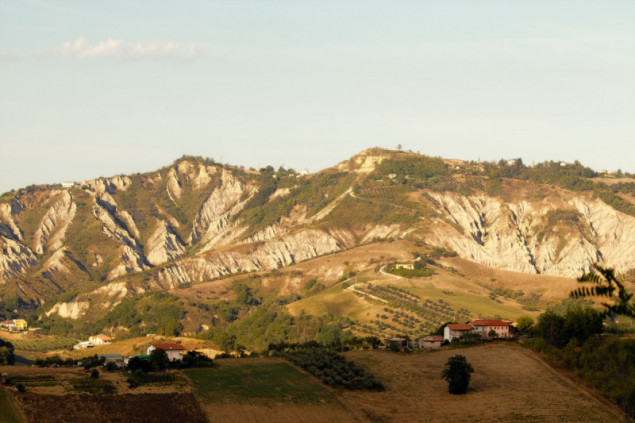 ‘I Calanchi’ are a geomorphologic process of erosion due to the climate. Clay mixed with a high percentage of sand, steep slopes, rain and dry seasons are the sculptors of the badlands of Atri in the northern coastal part of the Abruzzo region.

The English word badlands does describe the area well in the sense of agriculture because there is not really anything edible to grow. The word suggests a bad feeling, though, but, especially artistically seen, it is a very interesting scenery. I found out that people here are very proud of this nature phenomenon. 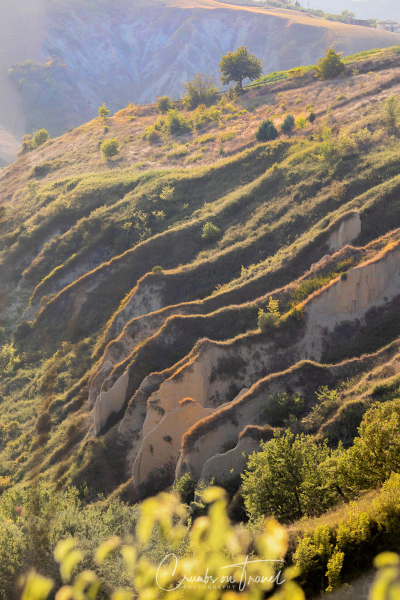 ‘Dante’s pits of hell’ is another name for the Calanchi. He mentioned them in his famous ‘Divine Comedy’. The World Wildlife Fund Oasis was established in 1995 as the Calanchi di Atri. It covers around 380 hectares and they can get high as 468 meters. The area is host to a lot of different animals and plants, among them wild artichokes, licorice and wild gladiolus. Fox, barn owl, badger, porcupine (the mascot of the park) and many other animals are living here. The European green toad is rare but home in this land.

If you walk in the Nature Reserve you maybe will find some sea snails, shells and more ocean fossils. That’s because a million years ago the sea reached Atri. BTW: Atri was once a very important sea port during the Etruscan Period and later. 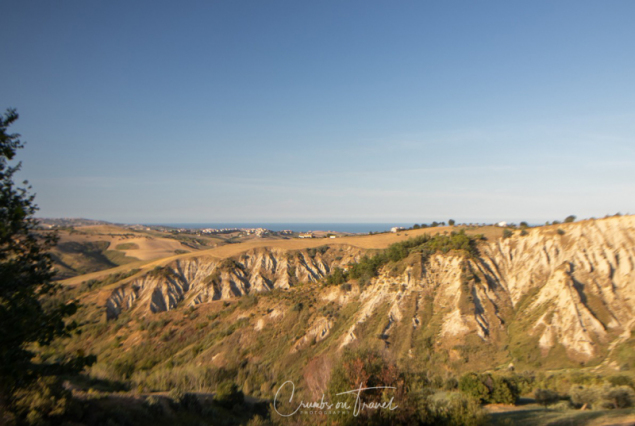 I drove a few times along the Calanchi, was very much impressed by their uniqueness. The reserve has 28 km of hiking paths or cycle-horse-trails. A lot to explore. I still have to go and walk there, I am waiting for some cooler weather as it is still more than 34°C every day. The formations remind me very much of Cappadocia in Turkey where I visited many places and even underground cities. I know about places like this also in South-Tyrol.

To see the hill-town of Atri right on the apparently fragile top of the Calanchi-hills is impressive as well. Atri has more than 10.000 inhabitants and is a very known and important city for the region. 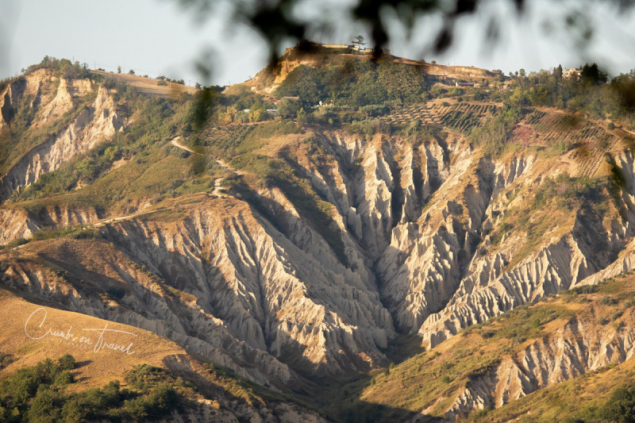 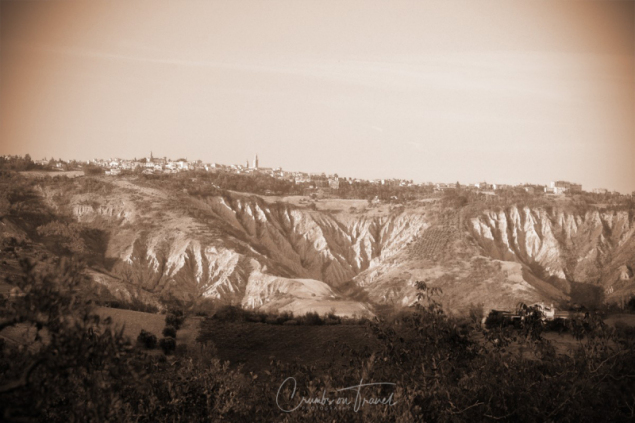 Artificial Beauty – Lake Barrea in the Abruzzo Mountains
Castilenti – Little Hill-Town between Coast and Mountains
Lofty City of the Roman Empire: Alba Fucens
This entry was posted in Abruzzo, Europe, Italy, ON TRAVEL and tagged abruzzo. Bookmark the permalink.