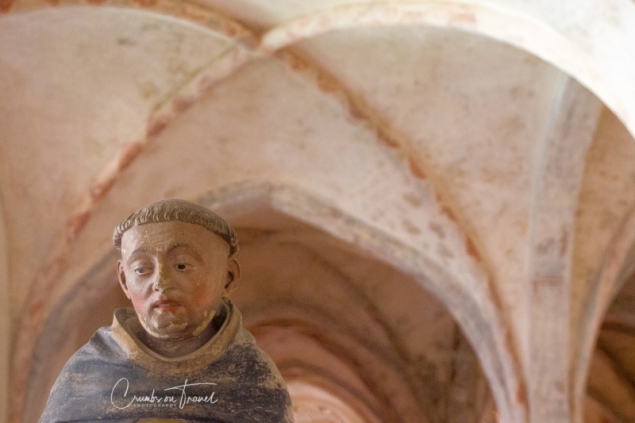 Monasteries are always a very interesting to know a place. Lübeck is not different and when I had the possibility to visit the Burgkloster (castle friary) I started to research a little bit more about monasteries in Lübeck.

There were actually 5: The St. John friary (St. Johannis) for Benedictines and Cistercians nuns, St. Catherine friary (St. Katharinen) for Franciscan monks, the St. Maria Magdalena friary of the Dominican order, St. Michael Priory of the Sisters of the Common Live (similar to the Beguines) and the St. Anne (St. Annen) of the Saint Augustine nuns. For a city with around 20.000 – 25.000 inhabitants it is a good amount of religious institutions. 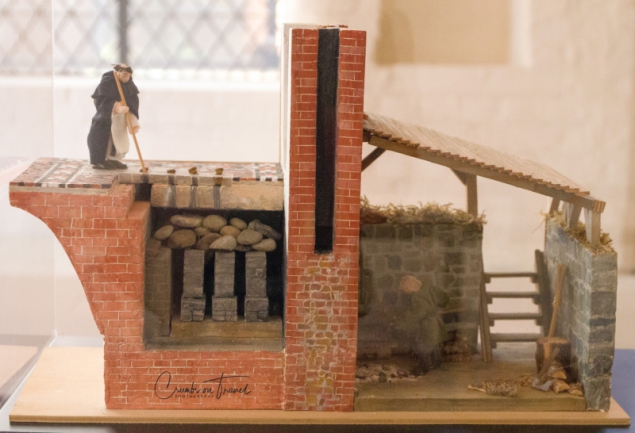 On the ground where the nowadays friary is located there was once a fortress called Bucu, a Slavic stronghold of the 8th century. In 1148 count Adolf II of Hostein founded here the city of Lübeck after the victory over the Danish dominion of nearly 50 years. People from Lübeck built the friary on the remains of the old fortress dedicating it to Maria Magdalena and offering the monastery to the Dominican order (a Mendicant order) in 1229.

It was heavily damaged in a fire in 1276 and re-built. The brick-Ghotic architecture you can still see today. During the centuries there were done many additions and changes around the friary. During reformation in the mid 16th century the friary was dissolved and changed into a house for the poor, a so-called almshouse. Until 1806, when the last priest was shot during the battle of Lübeck in the war of the Fourth Coalition. Since then, there was no mess anymore in the church which, in 1818, was demolished. 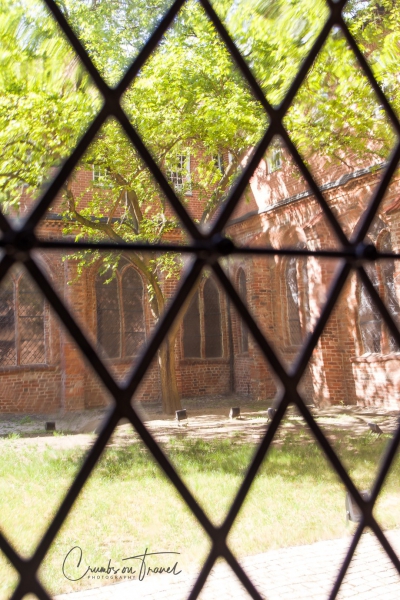 50 years later at the same place there was built a school and the friary was used as court. Later it was a museum and now it is part of the European Hansemuseum. Today there is still to see the chapter house (Kapitelsaal), a side-chapel, the sacristy and the cloister and courtyard.

The chapter house has an unbelievable beautiful ceiling with colorful paintings. Same for the sacristy. In the cloister there are no paintings to see on the ceiling but I guess there were once. The sacristy has a nice flooring with mosaics. The vault consoles in the chapter house are very elaborated with biblical scenes.

On the 1st/2nd floor we saw the court and two individual cells for prisoners in investigative custody. Very impressive and modern: each had a toilet (seat) which could be cleaned from outside the cell. The hall of court was not too interesting. In some other rooms we could follow the end of the Hanse and what is remaining from it today. There are still Hanseatic Culture Days (I have been on the one in Lübeck a few years ago, spectacular!) and in Germany 3 cities with the official name of Hansestadt (city of Hanse): Hansestadt Lübeck, Hansestadt Hamburg and Hansestadt Bremen. Other cities call themselves with the same appellative or additional name but it’s not the official designation.

I enjoyed my International Museum Day at the European Hansemuseum at which the Burgkloster is part. This way I learnt a lot about clerical institutions in Lübeck and that there were even more female monasteries than for monks. 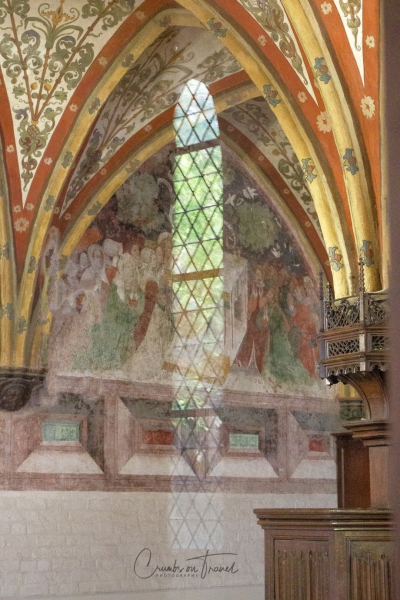 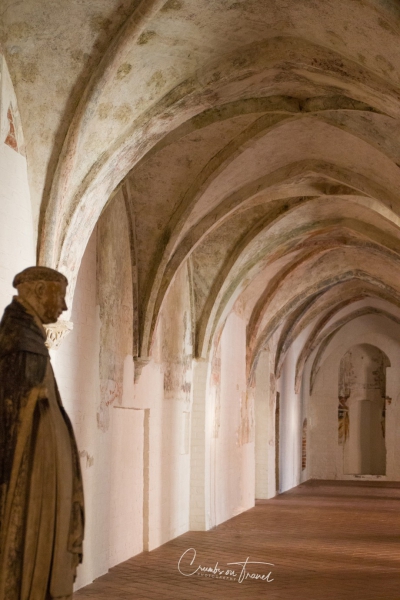 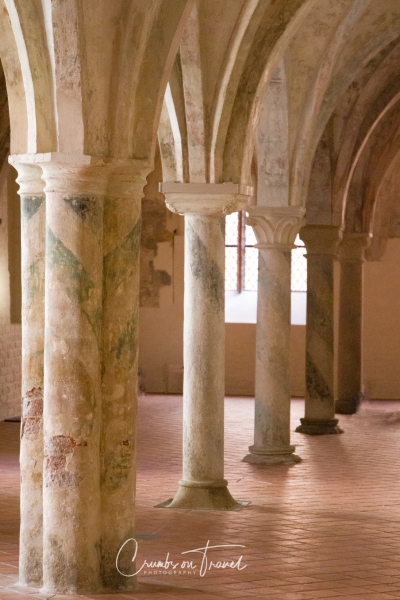 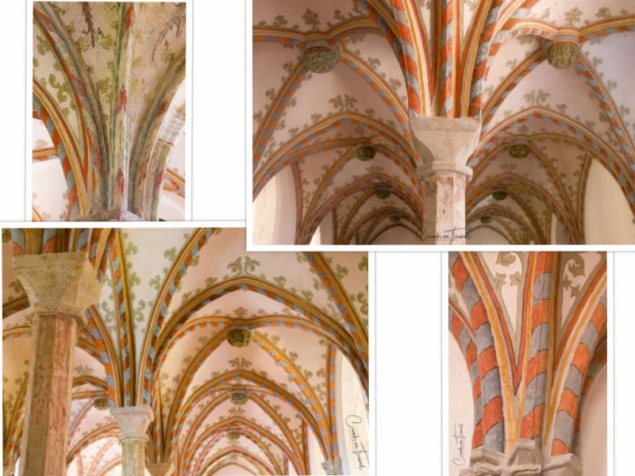 For further information:
A little bit about Lübeck

Jump into Middle Ages - The Hanseatic days 2014 in Lübeck
The Hanseatic Culture Days in Lübeck
Brick Architecture - Typical House Construction in Hanseatic Cities
This entry was posted in Europe, Germany, ON TRAVEL, Schleswig-Holstein and tagged Hanse. Bookmark the permalink.