Tuscany is well-known worldwide and most of the people think about this region when they think about Italy. Rolling hills, roads lined with cypresses, spectacular sunrises and wonderful beaches. But maybe only a few know that the name Tuscany comes from one of the oldest civilization: the Etruscans.

When we were touring through Tuscany for a few days this summer, I decided that we need some history-lessons. And one of the best places to learn a little bit about the region we are in, is Populonia. It is situated at the Baratti Gulf a little north from Piombino and south of Castagneto Carducci where we had our base. 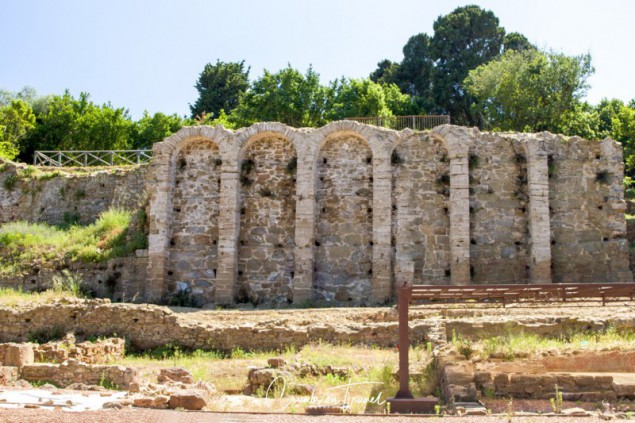 First of all: who are the Etruscans? They may have been the most important civilization before the Romans. The Etruscan era was more or less from the 10th century BC until the Romans arrived, and they assimilated into the new culture in the 1st century BC.

Their area was roughly what is now known as Tuscany, Umbria and northern Lazio with high influence in the Campania and the Po valley. The Etruscan civilization should not be confused with the Celtic civilization which co-existed. 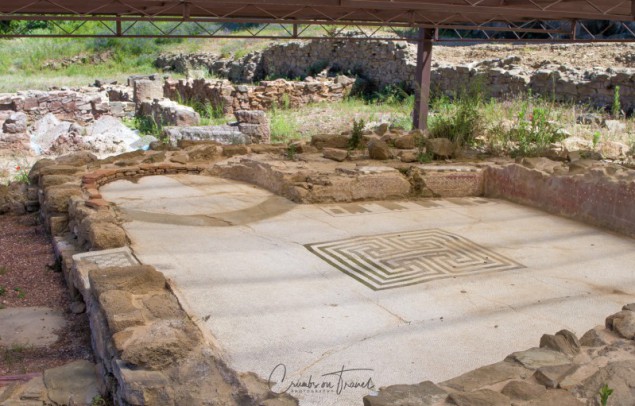 Populonia is located in the north of Piombino on a promontory right in front of Elba which you can see so near you think you can swim to the island. The modern town has just 17 (!) inhabitants, mainly custodians of the nearby archaeological park of Baratti and Populonia.

Fufluna – how it was originally spelled and pronounced – was founded around 900 BC on a pre-urbanization of the Villanovan culture. Once the acropolis extended over two hills: the ‘modern’ and the ancient you see today. The area was populated from around the stone age. They had a huge port (one of the only two port-cities of the Etruscans) which doesn’t exist anymore and was re-located to Piombino at a certain time. The Etruscan people were very rich. They imported iron from Elba, pyrite from the mainland south Tuscany and other metals from the Colline Metallifere (Alta Maremma). They produced slag (a glassy, colored by-product after the fusion of metal) which was used for jewelry and glass work. The city maybe was founded in the prospect to produce ore.

After the Roman-Etruscan wars the land was finally conquered in 264 BC by the Romans, though the language survived another 300 years at least. 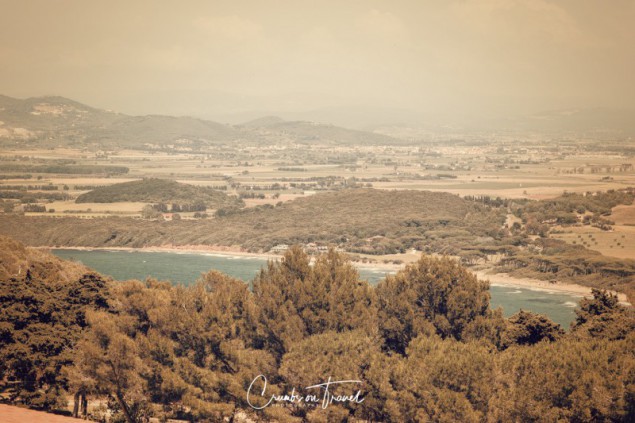 To find the place was not that easy as it goes mainly over small country roads, but the road-signs are pretty good. In addition, everyone has today a navigation system 😀

Right to the archaeological site there is a spacious parking place (not free). Otherwise, you can park at the foot of the hill and walk up. It will be half an hour possibly.

I paid an entrance fee of 12 € and got also a pArcheo Card which gives me a discount to the other associated parks, to quality products like olive oil and wine, in restaurants, hotels and more. We only had 3 hours to see the ancient part of the city. I was intrigued by the excavations but also by the amazing view from every side of the hill. We made just the little hike in the Acropolis, I recommend the longer one which includes the Necropolis.

I found very impressive the Balneum with mosaics and more mosaics at the Ninphaeum. The king’s home (a reproduction of what I might have looked like) was less impressive, but also because it shows how a king would have lived in the Iron Age. We saw various temples, but we could not walk between the ruins, it was more a view from a far point.

The Necropolis is the cemetery with several tombs and is located at the foot-hill. We unfortunately were too late for it, it would have been a great addition and definitely very interesting as well.

When you arrive at the city walls along the seaside you have a breathtaking view on the Tuscan archipelago with Elba in the foreground, nearly touchable.

Take a beach-walk and put your nose towards the sand: it should be particularly shiny as there are still a lot of hematite mineral. If you want to dive deeper in the Etruscan history, you can go to the Archaeological Museum of the Territory of Populonia in Piombino (with the pArcheo Card you get a 50% off). And I would do one of the archaeological workshops next time! 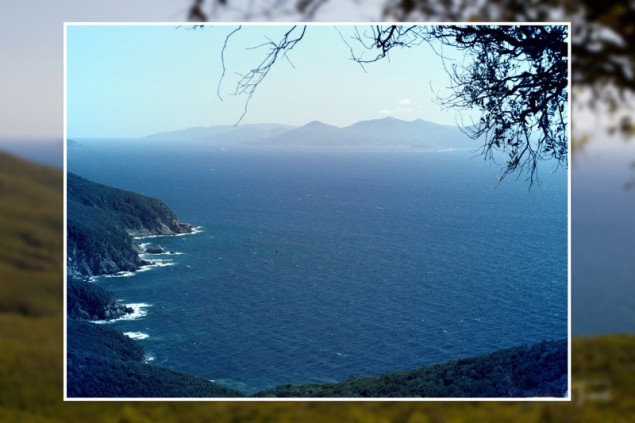 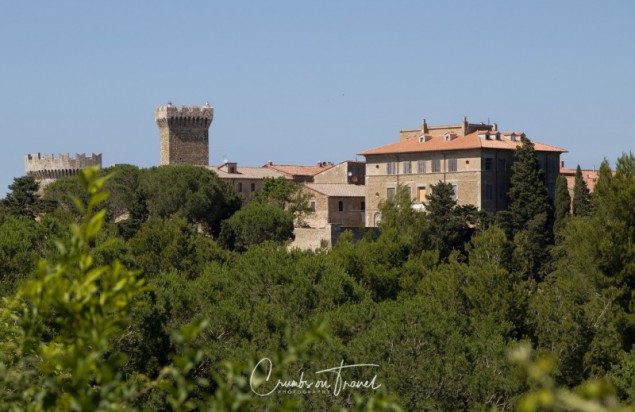 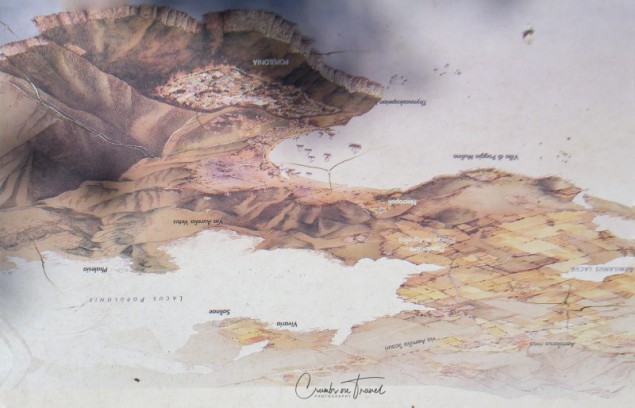 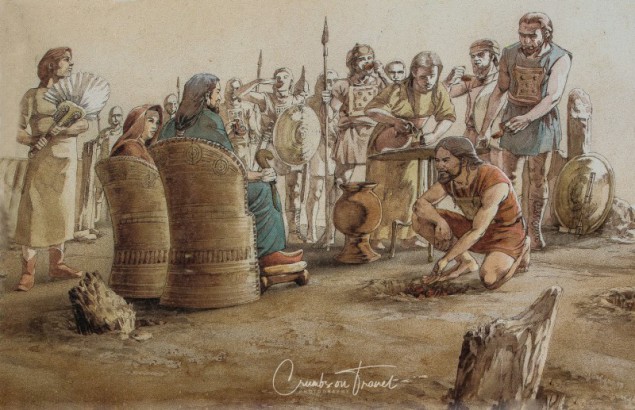 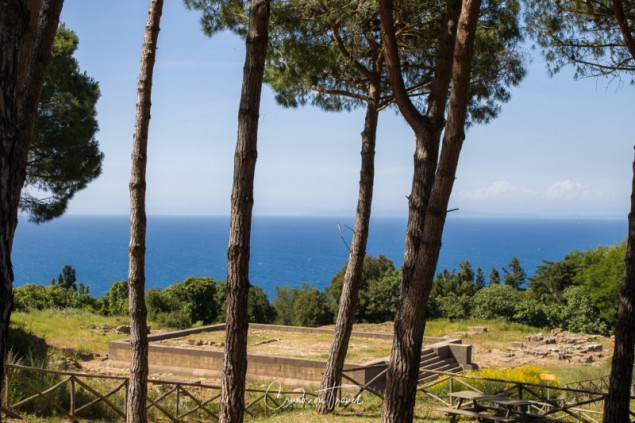 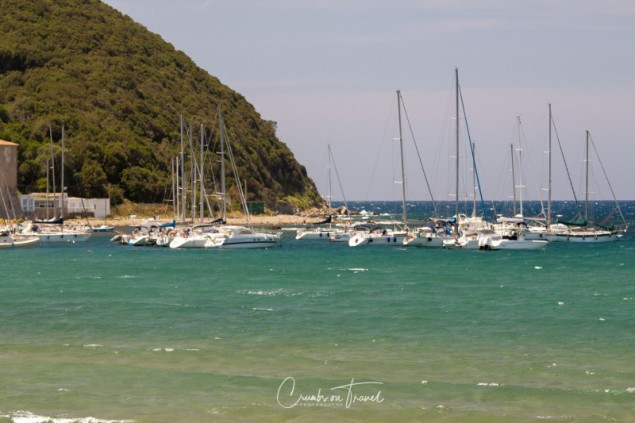 For further information:
Here a little bit more about the Park of Baratti and Populonia

Room with a View – 4 Days in Castagneto Carducci
Suvereto – Where Henry VII was put on Fire
Bolgheri – Picturesque Castle Village in the Heart of Tuscany
This entry was posted in Europe, Italy, ON TRAVEL, Tuscany and tagged castagneto carducci. Bookmark the permalink.