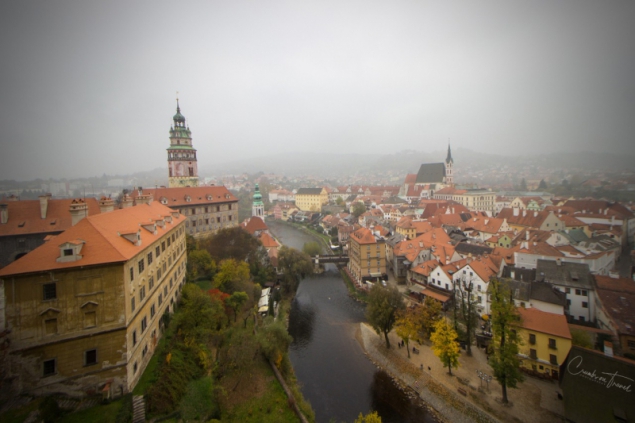 I was invited to a wedding of a very good friend last autumn. What I didn’t know was that she is from one of the most beautiful places in Europe. I only realized that when my sweetie started to send me tons of videos, documentaries and pictures of Český Krumlov. Still I didn’t realize I would go back in time. 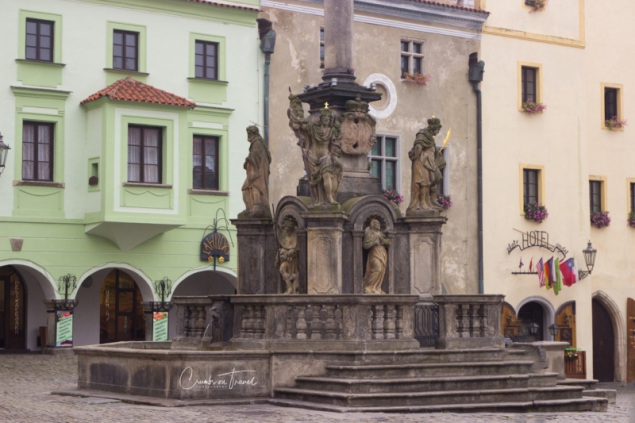 I drove to Český Krumlov by car, coming from Passau in the very south-east of Germany. It is just two hours from there, passing through an amazingly beautiful nature. Especially in a golden autumn/fall nature. For me as a photography-lover and color-addicted it was hard not to take photos every eye-blink!

We eventually arrived in the afternoon and found very fast the place where we wanted to stay for the next 3 days. In the evening we had a short walk into the center, just to get something to eat, but there was a whole day in front of us to explore this little gem. 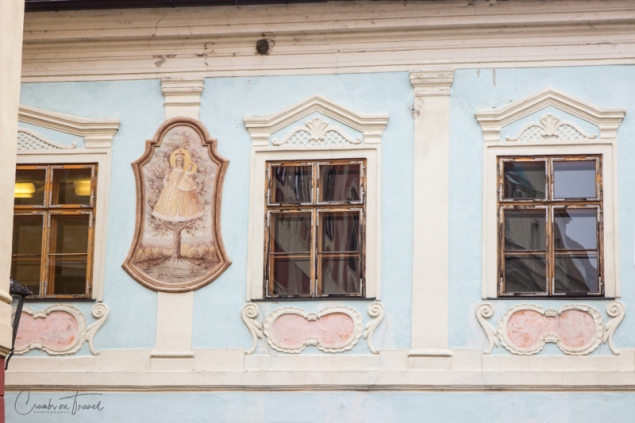 Český Krumlov, the Gate of Šumava (National Park), is located at the Vltava river, which is the national river and merges into the Elbe. The castle was erected in 1240 by the Vitkovci family and first mentioned 13 years later. It is located at a ford of an important trade route. Soon, around the castle people started to settle. The name of the place derives from the word ‘krumbe’ which means ‘crooked meadow’ and is middle high German (the river makes a very narrow curve at this point).

Only 50 years later the Vitkovci family died out and the castle was given to the Rosenberg family. Peter I of Rosenberg was the lord chamberlain of the Kingdom of Bohemia.

People in the growing town were mainly German-speaking coming from Bavaria and Austria. In the 15th century they found gold in the surroundings.

The castle was sold in the 17th century to the Habsburg emperor Rudolf II who gave the castle and town to the Eggenberg family. From 1719 until after WW II the castle belonged to the Schwarzberg family.

The communist era didn’t care very much about history and the town and castle fell into despair but since 1989 everything has been restored and is today one of the main attractions of the Czech Republic, after Prague. In fact: the town seemed to have an ‘Asian invasion’ when we were there.

Of course, it was also a place for filming: ‘The Illusionist’ for example was partly filmed in the brewery Pivovar Eggenberg.

One of the ‘twin towns’ is San Gimignano in Tuscany/Italy, where I was already several times. 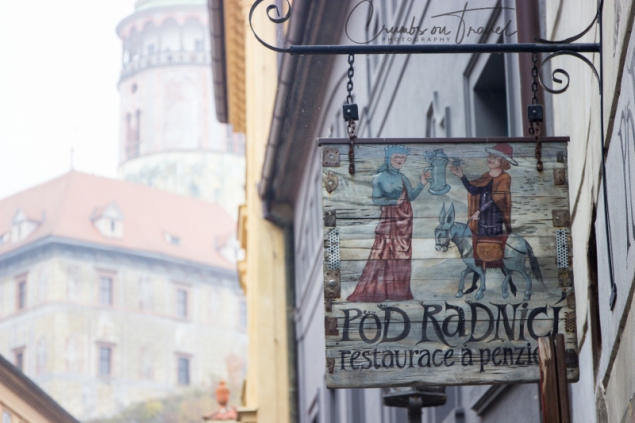 The town has more than 300 UNESCO buildings, holds the oldest Baroque theater (at the castle), 7 museums and 4 galleries, several music festivals are given yearly, it has an own beer brewery (beer tasting possible), countless little, cozy restaurants and very many art shops (I was amazed by the Moldavite gemstone with its green color) and is surrounded by an amazing nature with hilly landscape, forests and little villages (sometimes just a handful of houses).

To go around in the little walled town is not very time-consuming. What takes time is to visit the many nice shops! And that you would like to try every single little restaurant. Time you need also for the castle (I recommend a castle tour!) and the castle gardens. The theater in the castle area is amazing, but the tour is not even an hour long because it’s very small.

I spent of course also some time in the St. Vitus church as the wedding would be held here. 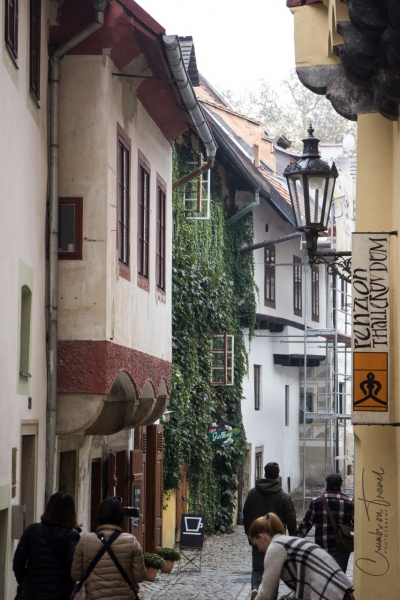 The day after the wedding we had a brunch at my friend’s house but in the afternoon we were free, and we decided to drive a little in the surroundings just to look at the autumn/fall beauty, the little villages and to relax a bit.

We left the day after in the morning which I started by scraping ice from the car windows! 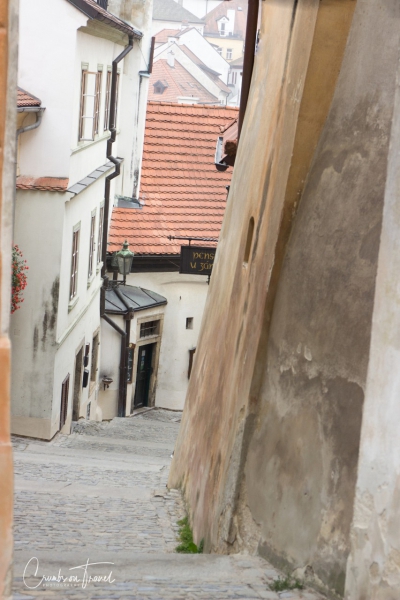 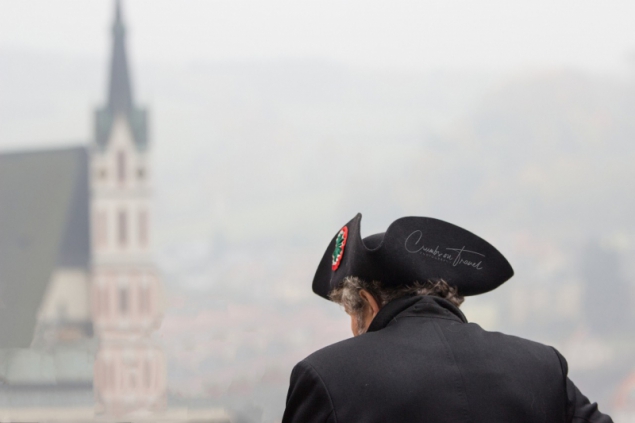 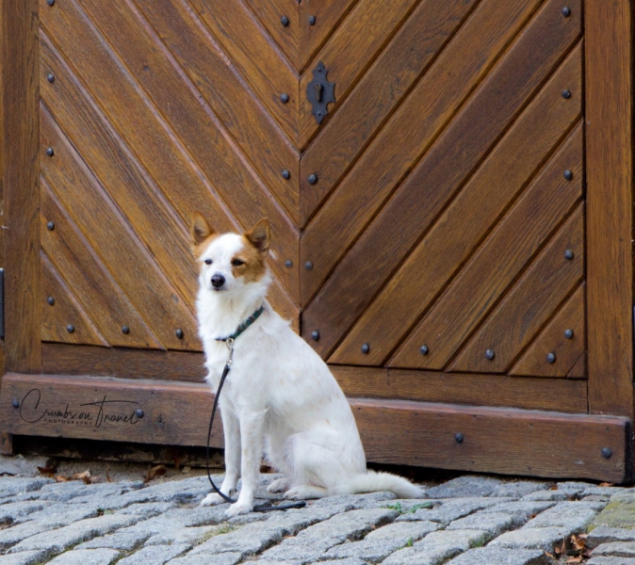 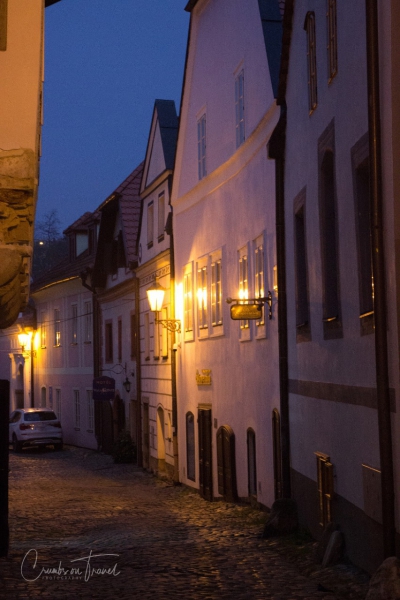 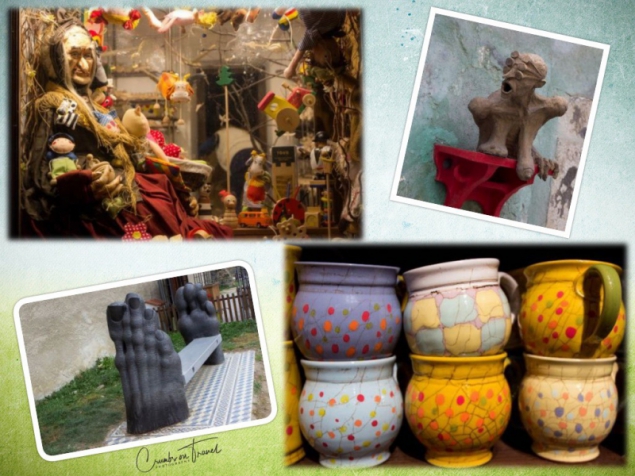 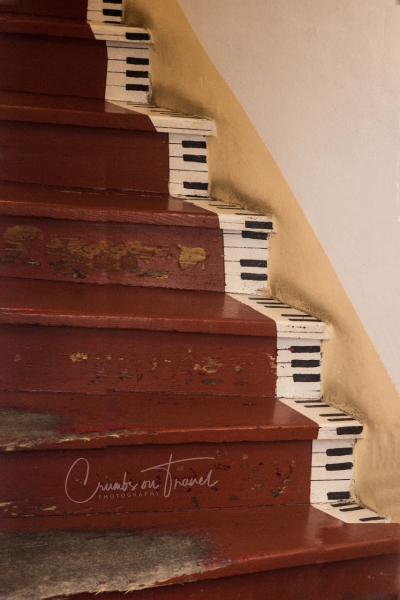 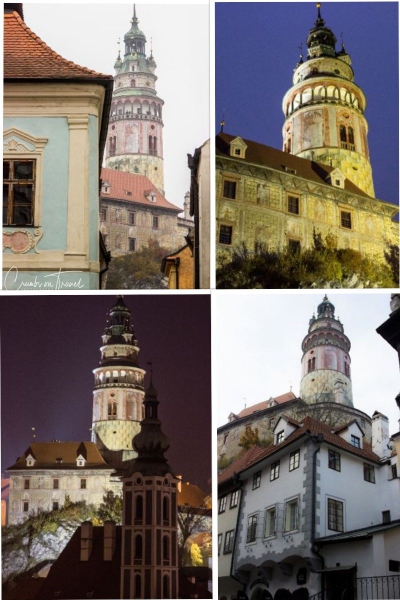 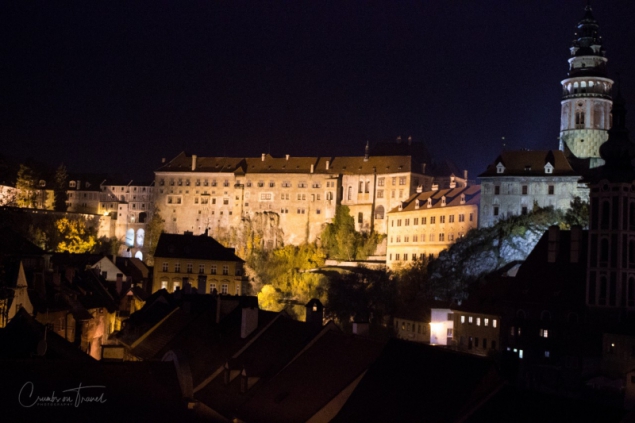