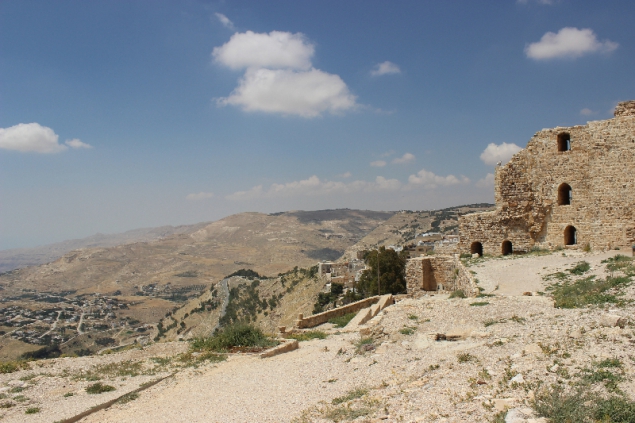 Crusades were a military campaign by the Roman Catholic Church during the Middle Age. Crusaders from all Europe but mainly France came to the Holy Land to liberate the country from the Arabic invaders. On their way and during their stay they built a lot of castles and fortresses. One of these is Karak. 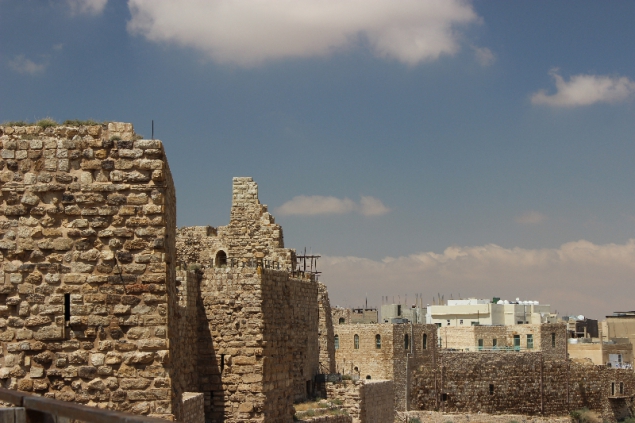 In today Jordan there are three crusader castles: Vaux Moise (Wadi Musa), Montreal (Shoubak)and Kerak, the largest in the Levant.

The construction began already in 1140s, just before or in the second crusade, under Pagan, the butler of Fulk of Jerusalem. Its name then was Crac des Moabites or Karak (Moab language).

Meanwhile Vaux Moise is the smallest one and Montreal was weak, Pagan wanted to have a secure home for his reign. The position is perfect: just near to the Dead Sea and on the routes of Bedouin herders and traders between Damascus and Mecca. During the following rulers it became more fortified with deep rock-ditches. 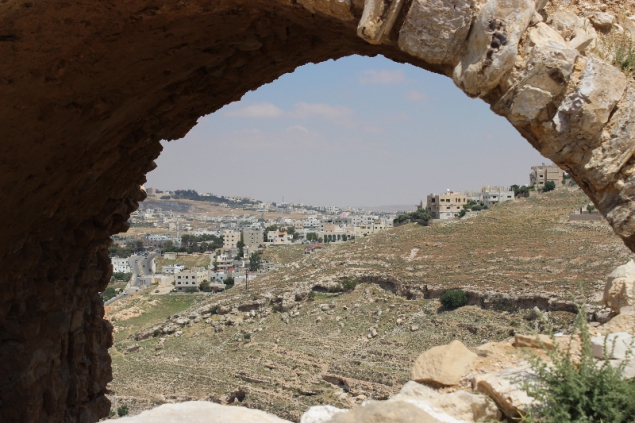 In the lower court there are a lot of arches in the north wall which served as stables and living quarters but also for defense as a fighting gallery. The view from here is outstanding!

130 years later Raynald of Châtillon married Stephanie of Milly, heiress of the castle, and started to harass the trade caravans. Salah-ad-din (known as Saladin) took over the castle’s control killing the crusader king and ending though the harass of traders. 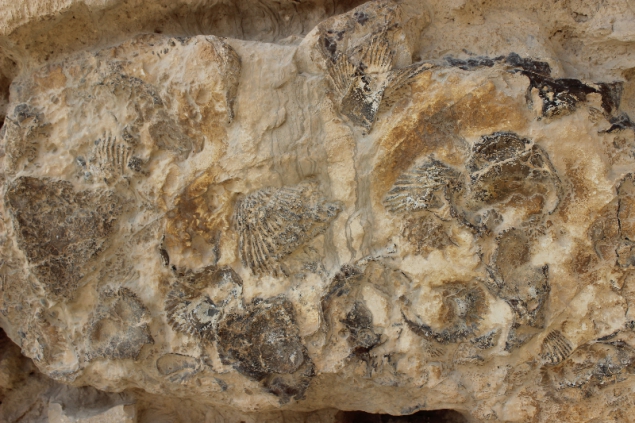 1263 the Mamluk ruler Baybars built the north-west tower and enlarged the whole structure. 500 years later Ibrahim Pasha of Egypt destroyed most of the fortification. During the Ottoman period it was one of the most important locations due to its strategic position between Syria, Egypt and Arabia. Unfortunately they found salt peter in many building stones and so destruction began. 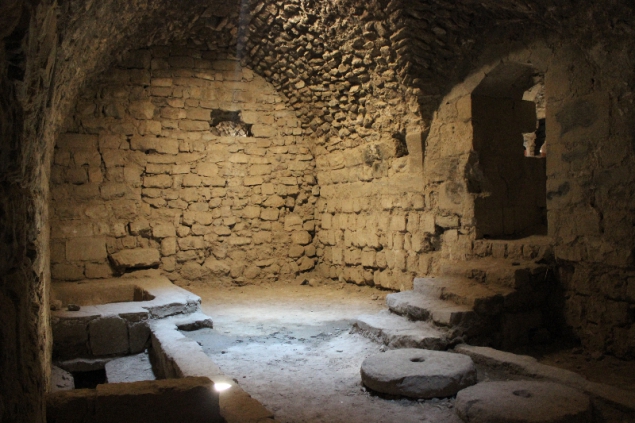 The spur castle is located in the south of a plateau and shows a typical crusader architecture. West European, Byzantine and Arab designs are in harmony coordinated. It has high rectangular towers and endless stone vaulted galleries. These are lighted only by small arrow lits. The deep moat at the entrance is isolating it to the rest of the plateau. The spur is covered by a glacis (artificial slope).

The design is simple though it is a strong and large castle.

In the lower court there is the Karak Archaeological Museum Local history from the prehistoric time until the Islamic ear is shown here as well the history of crusaders and Muslims in Karak. I haven’t been in there. 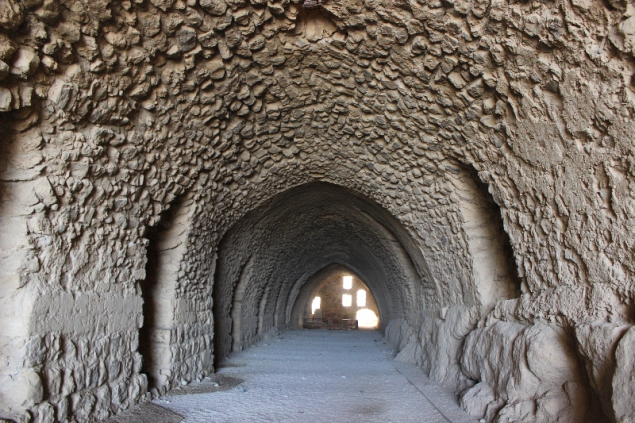 Karak castle impressed me by its position and the amazing overview of the landscape. But also by the huge fortification that gives a good impression how strong it once was. Very nice the vaulted galleries which maybe or for sure have been once plastered and maybe decorated with tapestry or designs. With torches it must have been mystical as well.
The moat let me a little perplex as I could not imagine how water could be filled in or better stay as there is a slope on one side just going straight down the hill.

The castle made me curious for more crusaders castles and the history of these people who fought in the name of the Christian God. And made me think what was – and is still done – under this excuse of what humankind thinks God would like them to do. I started to challenge Religion…

Are you interested in crusaders stories and do you think they did right? 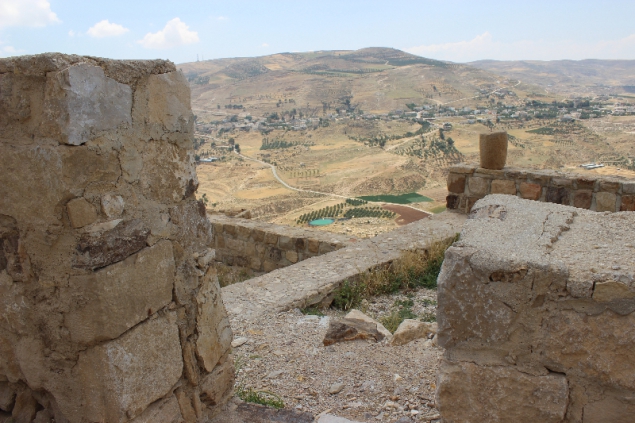 For further information:
Jordan Tourism Board
Karak castle on YouTube

The Valley of the Moon with Sunshine
Unexpected Frescoes at Qasr Amra
Madaba and the Mosaics
Be sociable, tell others!