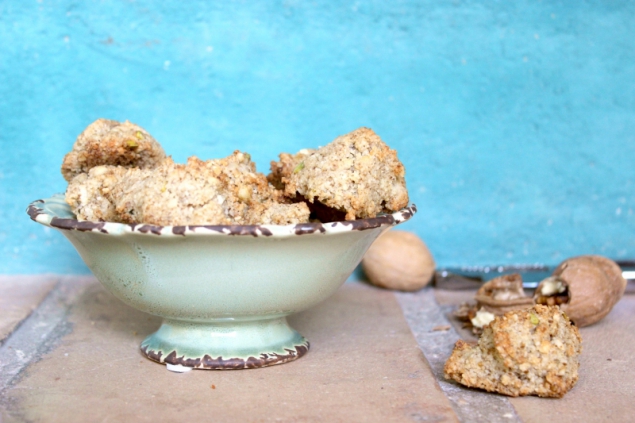 I love the Italian cuisine – obvious, I lived nearly all my life in this country. And additionally I worked for a long time in a pastry shop. Well that is long time ago and definitely BEFORE I got paleo.

Now I still like cookies and cakes if they are not complicated and not too sweet. Which is nearly impossible when paleo.

I few days ago I ‘stumbled’ upon a typical Italian cookie: buoni ma brutti (good but ugly). And the recipe is sooo easy that in a few minutes I got them into the oven and half an hour later they were ready. 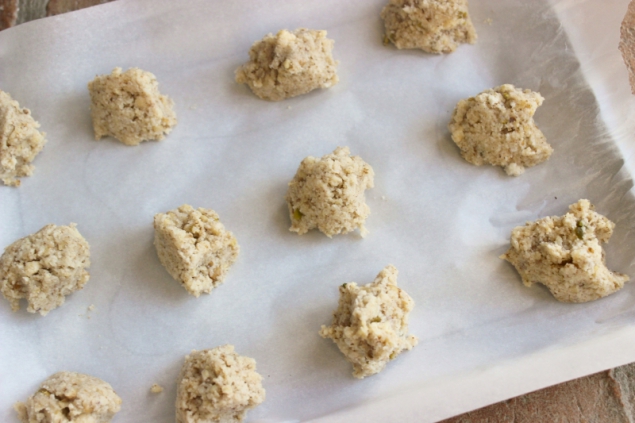 I brought them when visiting some friends. They immediately said the cookies seem to be ‘buoni ma brutti’ but why do I bring some typical Italian cookies when I am paleo? Well, these ARE paleo.

The original recipe is made with hazelnut flour as far as I know (or roughly blended toasted hazelnuts) and already paleo. I don’t like hazelnuts too much and used instead almonds only. A few days later I had a whole batch for myself!

Try them and enjoy the faces of the others!

They don't look beautiful but they have a soft nice taste of almond. Who doesn't like almond too much can change into walnuts or hazelnuts or mix even. In this case, if you don't find walnut/hazelnut flour, just blend walnuts/hazelnust in the blender until it comes out a kind of flour. Don't overdo it! Otherwise you will get walnut/hazelnut butter.

Instead of the cinnamon and/or vanilla use other flavors you like.

Italian Orange Cookies on Blu
Hildegard of Bingen and Trota of Salerno - Female Physicians in the Middle Age
Dipping Oat Cookies in my Coffee at Breakfast
This entry was posted in CRUMBS, desserts, recipes and tagged cookies. Bookmark the permalink.