When I see a brick building, then automatically I think about the Hanseatic cities in North Europe. I am so used to see them in Lübeck, Flensburg, Lauenburg, Lüneburg and many other places where I was once connected with than I even don’t realized that it is one of the oldest architecture styles.

Bricks are single ceramic blocks used for nearly 10.000 years. Of course, they are still used in many cultures and especially where other materials than mud and clay are not easily available.

But in this case I want to talk about the typical houses in the Middle Age and in Europe. Romans already used bricks for all there Emperor times and never stopped to use them. After the Roman Empire disappeared in Northern Europe they turned to be used in the 12th century in Northern Germany, culminating in the so-called brick Gothic. Bricks were especially used in the area around the Baltic Sea which had no rock resources. So if you are visiting Denmark, Germany, Poland, Sweden, Russia and the countries in between around the Baltic Sea you will find this kind of buildings.

Bricks give a wide range of possibilities to combine colorful combinations with red bricks, glazed bricks and white lime plaster. Today these city centers are mainly listed on the UNESCO World Heritage list. Lübeck of course as well. 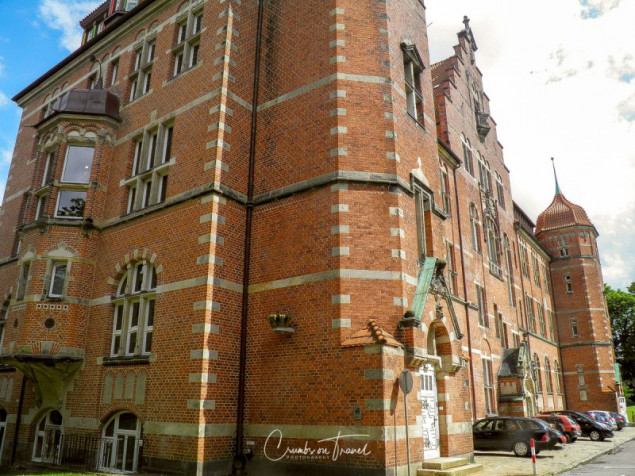 The brick culture came back with monks coming up from the south and started to built monasteries with self-made bricks in areas where it was difficult to find other materials for long-lasting buildings.

The Hanseatic League was primary a commercial and defensive confederation of merchant guilds in Northern Germany and the whole Baltic and North Sea area and along the rivers that connect to these two seasides in the late Middle Ages. The Hanseatic cities were connected between each other and were independent to other cities. They had their own armies. Today there are still free Hanseatic cities like Hamburg and Bremen.

Henry the Lion rebuilt the city of Lübeck around 1159, where the League started and is called the ‘mother of the Hanse’. The peak of this period was in the 15th century and Lübeck the central node in the seaborne trade. 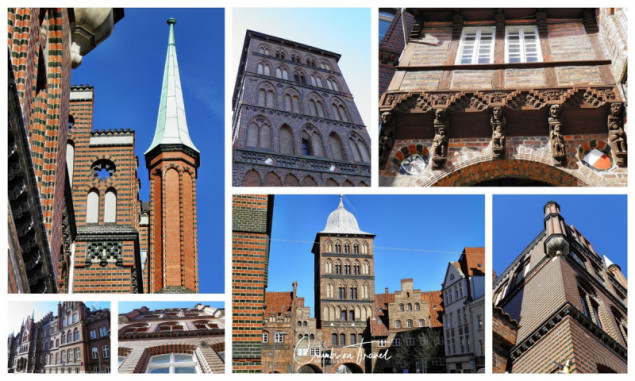 To turn back to Lübeck and her brick architecture here is one of the best examples of this period and its buildings. Whatever survived the second world war is still here, and it’s not little. Wherever you walk in the center of the city, there you find the typical huge buildings – some are 7 stories high. Very often they have crow-stepped gables which are also typical for this period. 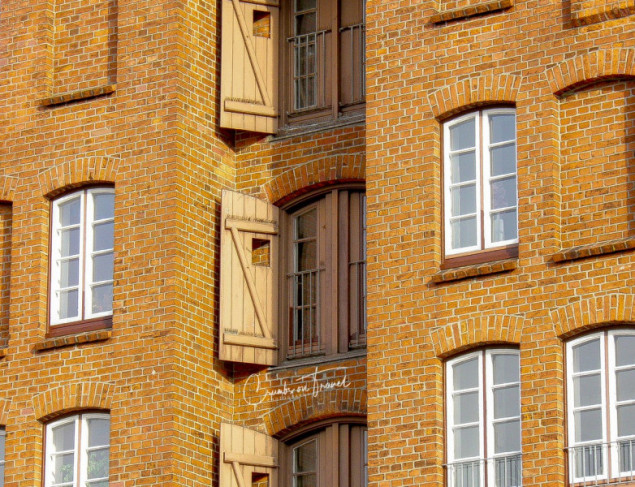 Famous is the Holstentor (Holsten Gate). It is made with bricks in red and black. It has a very special look and is really unique. In the Gothic they used the high windows to give a lot of light inside the buildings that stretches the building even more in the optic.

Along the river Trave there are the 7 stories high buildings used as merchant deposit but also as residence and trade center. So the traders had all-in-one building. They are called Kontor (warehouse). 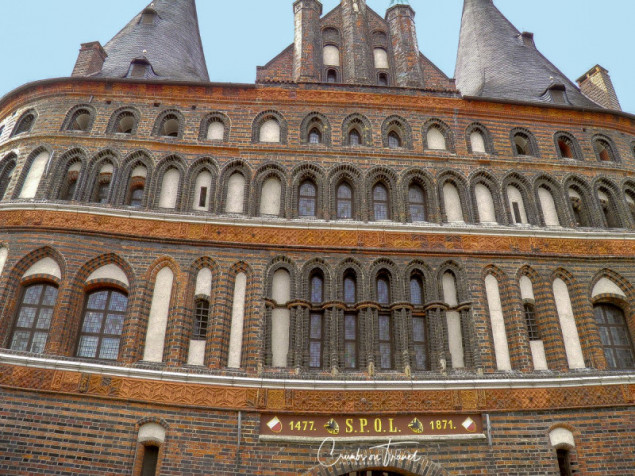 Typical for the high front of the houses are also regular holes. They were never windows or thought to be once but because of the high façade and sometimes nothing behind (as the houses had gables because of the heavy snow falls during the winter time and the façade is square) the holes were for the wind to go through and not to break the construction. It looks a little bit funny today but are completely reasonable. 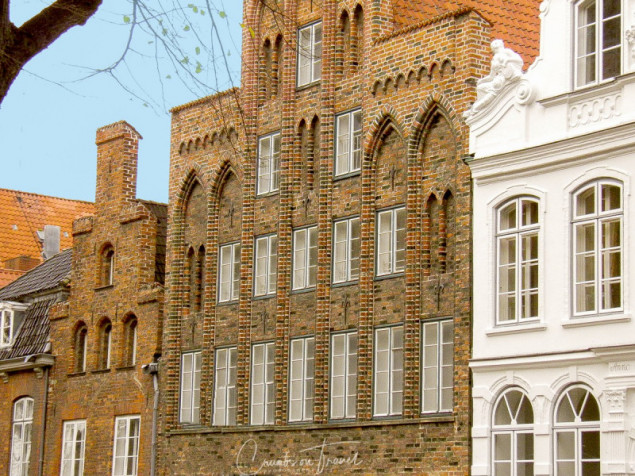 After the Brick Gothic, there was the Brick Renaissance. Here there are some different elements in but is very difficult to see for non-experts where exactly the difference is. In Lübeck the buildings with terracotta reliefs are recognizable as from Renaissance. 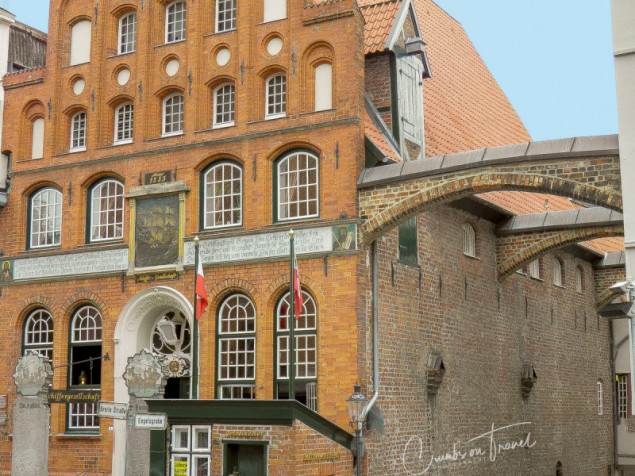 I found this architecture style in many places and cities like Bremen, Emden and Flensburg for example. They make the typical Hanseatic feeling of these cities and strangely everywhere around the Baltic city in these places you feel a little bit ‘home’ if you already know it from one place. 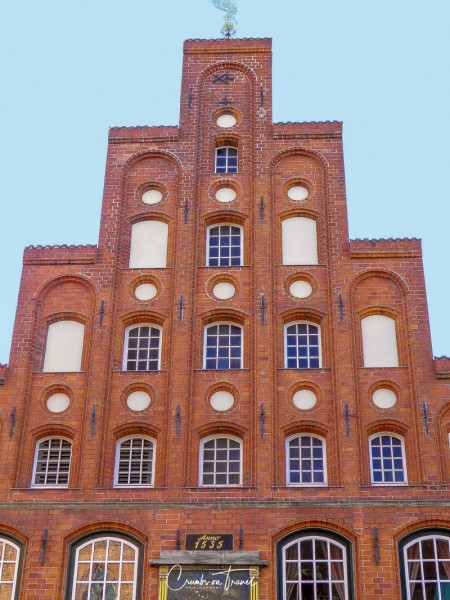 Baltic sea and its surrounding countries:

International Women's Day And My First Vernissage
Inside Out – Body Worlds in Lübeck
The Hanseatic Culture Days in Lübeck
This entry was posted in Germany, Mecklenburg-Vorpommern, ON TRAVEL, Schleswig-Holstein and tagged Hanse, lubeck. Bookmark the permalink.