Breathtaking Views from the Torre Grossa in San Gimignano 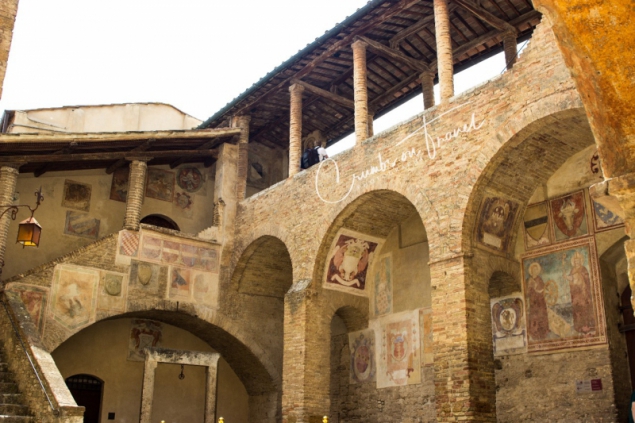 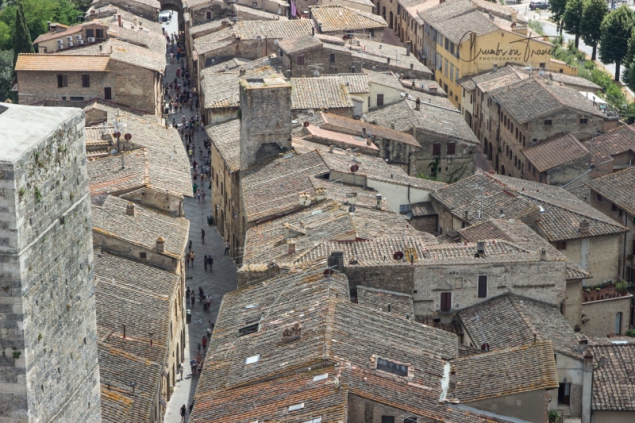 The Torre Grossa is the tallest of the remaining towers and hosts the civic museum as well as the highest point to visit in the city. It reaches 54 m/177 ft and was built between 1300 and 1310. It is one of three which is open to the public – but there are still 16 towers from originally 72. They were for different uses which also includes homes for living.

The tower has a vaulted passage on the bottom and is connected to the Palazzo Comunale (town hall) where the civic museum is located.

The two days entrance ticket is valid for the tower, as well as all the museums of the city. You get the ticket in the Palazzo courtyard between the church and the tower. 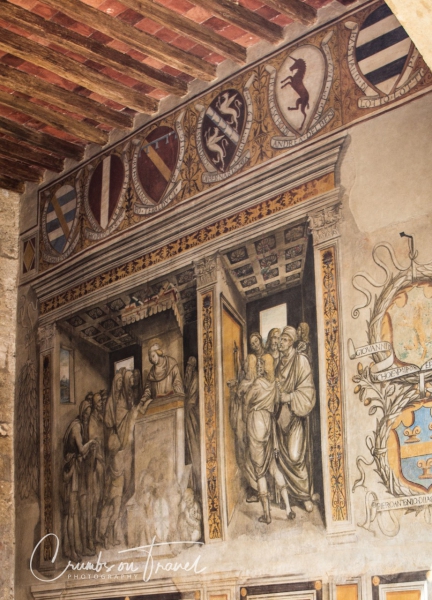 We first got up the tower. They had a very intriguing 3D show in the middle of the tower in a way we were walking around it. It distracted a little from the many steps to take.

On the top – attention: the last steps are a narrow ladder and for some people it could be a challenge – there is a huge platform with a very high protection wall. In the middle there is a beautiful immense big bell hanging, but it seems that it is not functioning anymore. The view from the top of the tower is more than breathtaking! The city itself with the roof-gardens and roof-terraces, the narrow streets, the Piazza della Cisterna, the theater and the surrounding city walls and then the countryside. With a clear view (mainly in autumn/fall) you can see to the north and south towards the end of Tuscany. It’s amazing, don’t forget your camera! 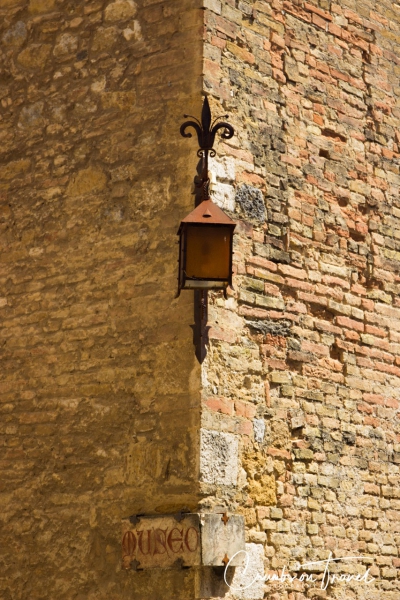 After descending the stairs, we stopped in the museum. The gallery shows a lot of works from painters like Lippo Memmi, Pinturicchio, d di Bartolo, Lorenzo di Niccolò and many others. Incredibly beautiful are the matrimonial scenes in the Podestà chamber. The reason for these unusual paintings in a very public room is that it had to remind the officials that they are part of the populace. These works are by Memmo di Filippuccio of the 14th century.

Amazing is also the Sala di Dante. The huge Maestà by Lippo Memmi is impressive!

We had a short look in the little souvenir shop, but I was strong and didn’t buy anything (I love all Medieval things). 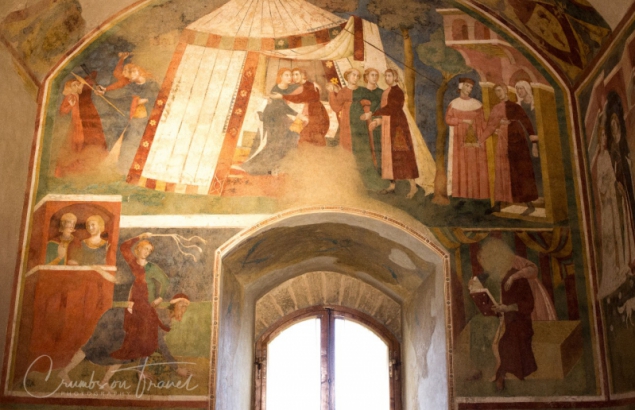 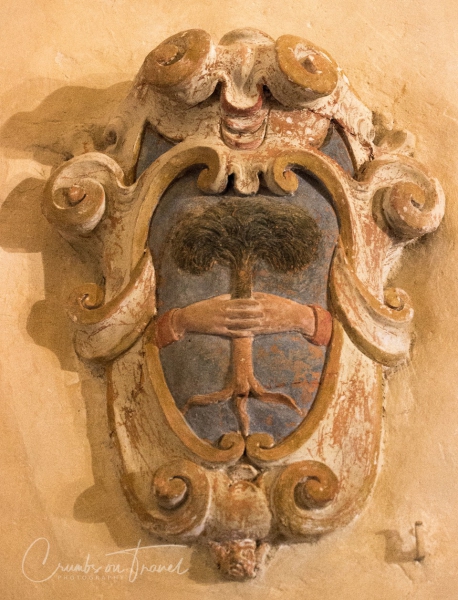 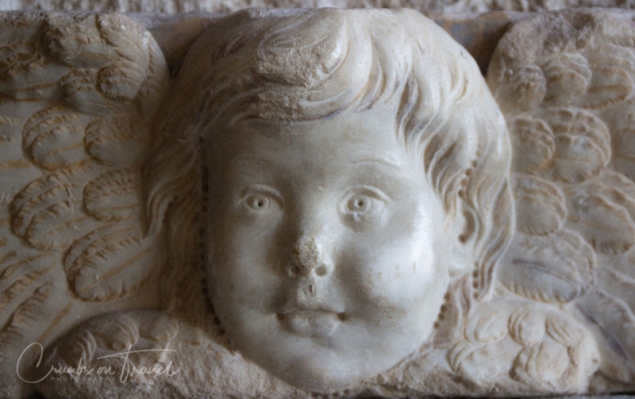 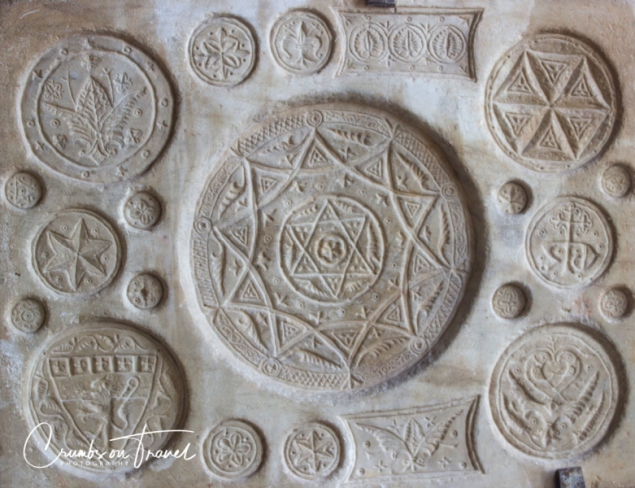 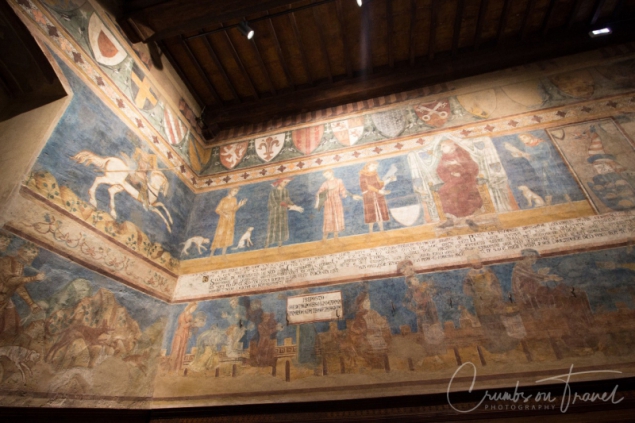 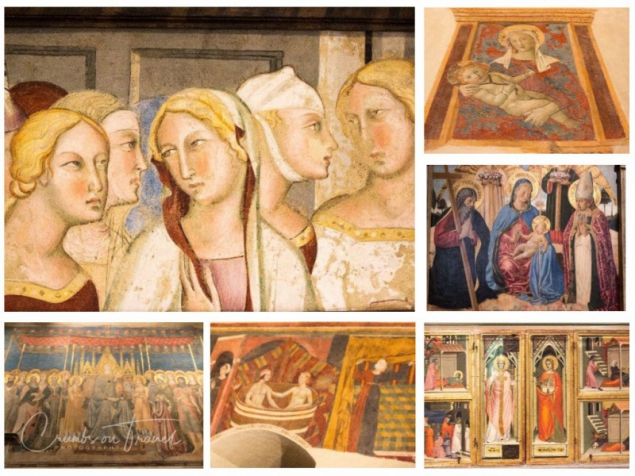 The Basilica of San Gimignano – A UNESCO World Heritage Site
An Afternoon in San Gimignano
San Gimignano - City of Towers in Tuscany
This entry was posted in Europe, Italy, ON TRAVEL, Tuscany and tagged San Gimignano. Bookmark the permalink.