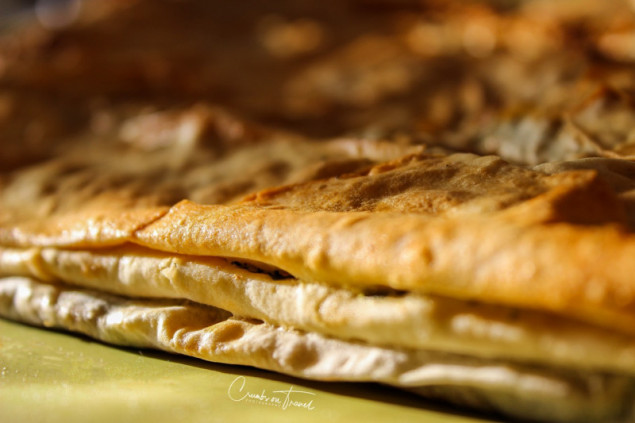 Yesterday my friend and I had a nice lunch together. The nicest part was mine because she was about to cook and me about to photo-shoot. The idea, I confess, was mine. I have a nice kitchen but the light there is really bad for photo-shootings. And my kitchen is very cold, too, because I live in a completely empty house in these days. No problem but a little bit uncomfortable for cooking and shooting. So I asked my friend to use her kitchen. She loves to cook and bake and has a cozy kitchen with lots of light. I made the menu, we bought both the ingredients and then we had a nice afternoon in the kitchen to try out a new recipe. 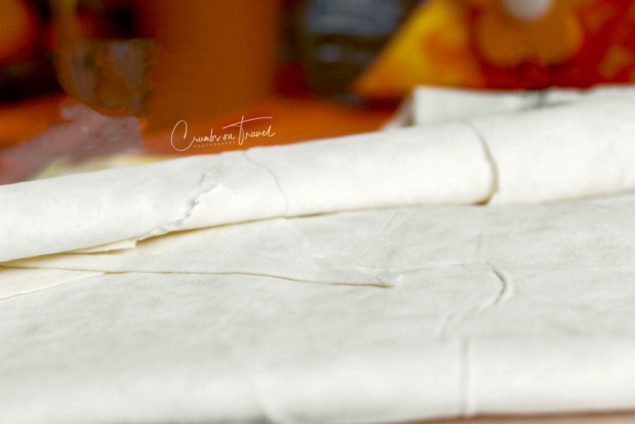 Yesterday I chose Börek. That is Turkish Phyllo pastry (Yufka) filled with spinach and feta cheese. She never had that and I used to eat it on late Sunday brunches in Istanbul. It is a kind of pie. I found a recipe.

The Yufka dough and the feta cheese we got in a Turkish supermarket. One can use also the typical Turkish Peynir which is very similar. From the Yufka take only one package, that is definitely enough! If you think about the three sheets only in it, don’t worry! The Yufka sheets are normally big. I mean really big, about 40 cm diameter. 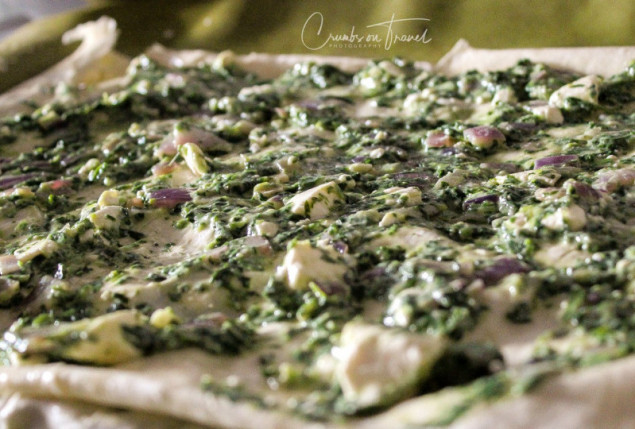 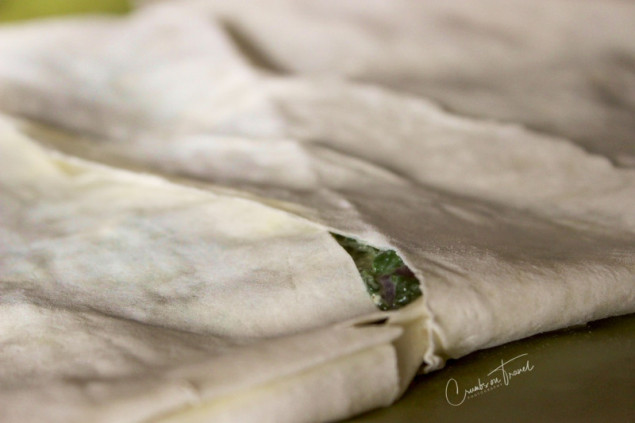 When ready let the Börek cool just a few minutes and then cut into small pieces, about 10 x 10 centimeters. Arrange on a big plate and serve. 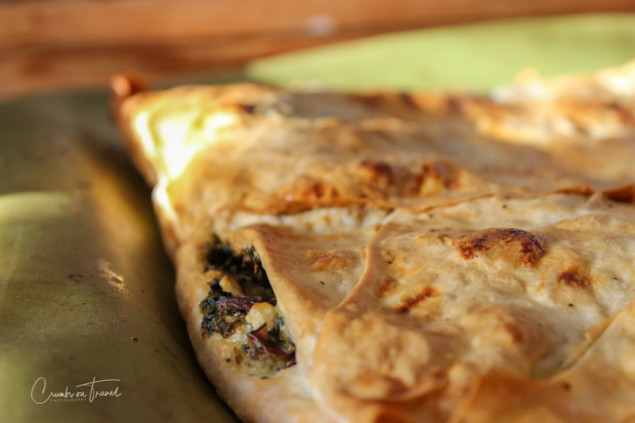 This kind of pie is also great with only cheese or who likes it with minced meat. For a special taste roast pine nuts in the beginning with the onions and garlic.

Before using the cheese let drip the water away so it is not too wet for cutting.

Börek is great for parties for example.

If you have left overs put them covered in the fridge over night. The day after they are still great and can be warmed up also in the oven.

3 Responses to Breakfast in Istanbul – Börek