At the Set of “The Talented Mr. Ripley” 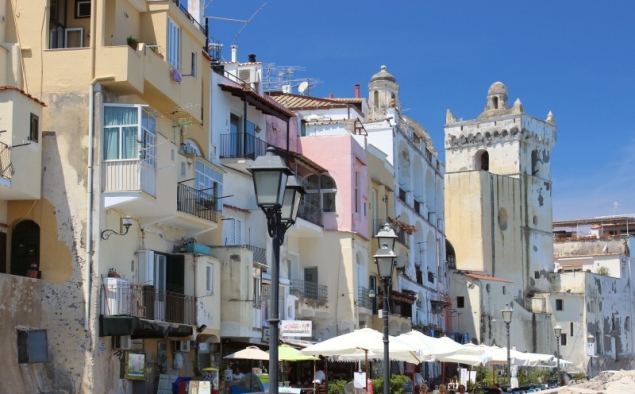 Have you ever seen the movie “The Talented Mr. Ripley”? The movie is from the nineties and starred Matt Damon, Jude Law, Gwyneth Paltrow, Cate Blanchet and Fiorello. It is a remake from a previous movie in the sixties.

Nearly all the movie was shot in Italy, most of it in Ischia, Procida and Naples, some part in Rome and some in Venice.

The parts in Ischia were mainly located in Ischia Ponte. 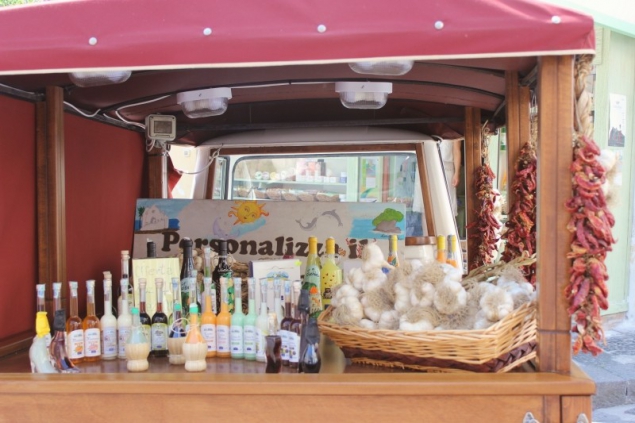 Ischia Ponte is the most ‘original’ part of the island and looks like it is straight of the 17th century. It is together with Ischia Porto the main town of the island. Here is also the access to the Aragonese Castle, symbol of the island.

One main road that leads to the castle, some side roads that are more for walking only than going by car. Little shops selling typical products of the island like the Limoncello or the big lemons, called cedri. The little restaurants offer tables in the piazza or right on the road. In the evening in summer they are packed with tourists. 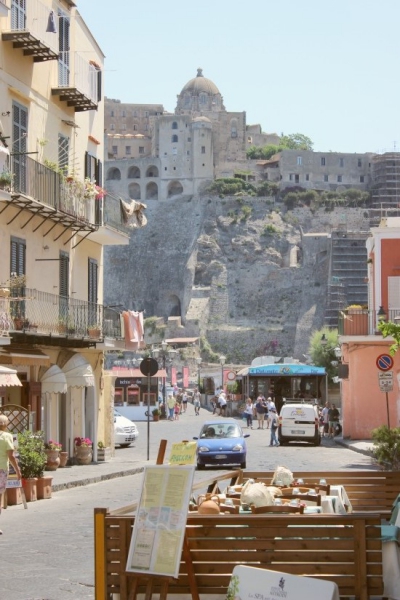 No wonder this fascinating place has been especially in the sixties a filming location for block busters like ‘Cleopatra’ with Elizabeth Taylor and Richard Burton or ‘The Crimson Pirates’ with Burt Lancaster, ‘After the Fox’ with Peter Sellers, ‘While we were here’ with Kate Bosworth and many more.

If you visit the castle – what we did – you have a special view on the whole village. On the right you can see the port of Ischia Porto and on the left where are all the sail boats you see Cartaromana. The tower that is clearly to see is the ‘Torre Michelangelo’. Where it is said that Michelangelo lived for a while and had an affair with Vittoria Colonna. Today the tower is used for several events. 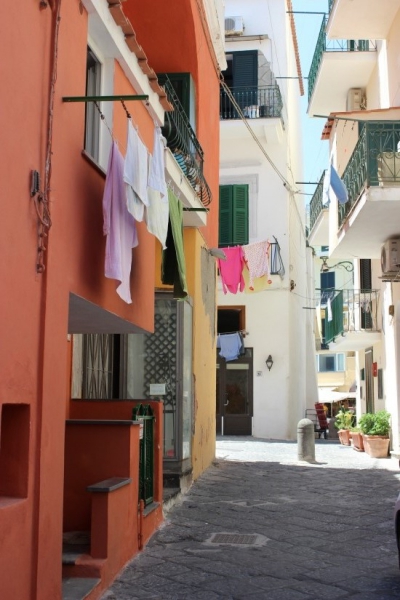 Sant’Anna is the annual festival held here in Ischia Ponte. It’s the most important one. It is celebrated on the 26th July and is not only famous for its beautiful fireworks but mainly for the 6 communities each building a special scene boat, related to the island.

The castle will be set ‘on fire’ as a historical event to remember, the bombing by a marauding army centuries ago. 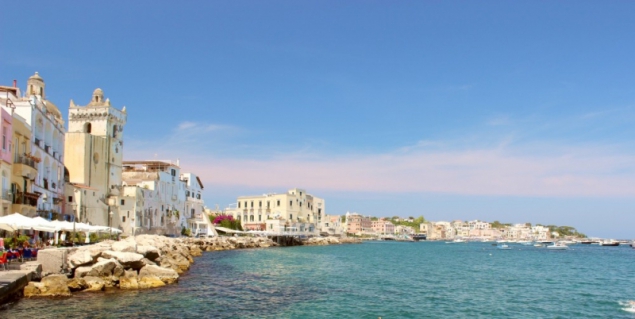 We walked through Ischia Ponte, were sitting a while on the rocks under the castle with our feet in the cooling water and admiring the beauty of the place. In winter it can happen that the bad weather brings in too much water and the streets get flooded. It is spectacular to see, terrifying to live with. 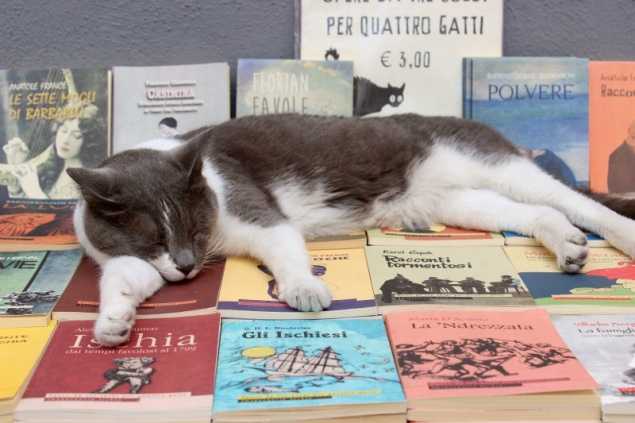 To see the movie: The Talented Mr. Ripley/Ripley’s Game

For a perfect hotel to visit Ischia I recommend Villa Melodie

A Night with Anna – the Sant'Anna Festival at Ischia Ponte
On the Ferry from Casamicciola to Pozzuoli
Christmas at Ischia
This entry was posted in Campania, Europe, Italy, ON TRAVEL and tagged ischia. Bookmark the permalink.