When I woke up in the morning I knew I were in Jordan: the Muezzin was calling with his song to pray. I lived 4 years in Istanbul and the sound of the call is so familiar to me like the church’s bell back in Italy. I took a deep breath getting up and being happy to be here. The smooth air, the different smell… time to get a good coffee for breakfast. 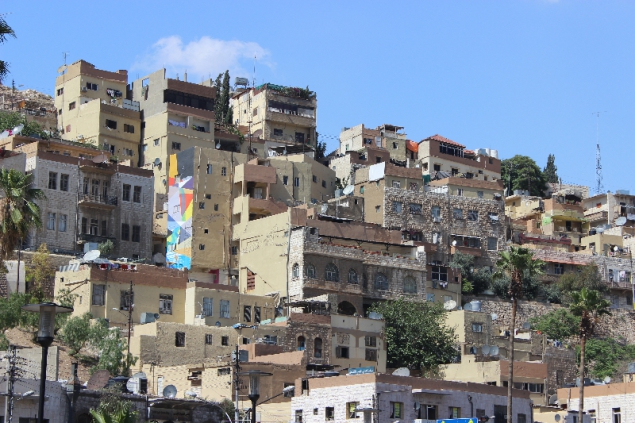 A visit to Amman, the capital of Jordan, was on our tour today. In this big and to me never ending city of sandstone houses live nearly one third of all the population of the country. Rich and poor, strangers and Bedouins, Muslim and Christians. A huge variety of people, some with the hope for a better life than in the desert, some others to invest their money in huge buildings and financial businesses.

Our guide told us, the Saudis and Syrians are coming lately here to invest and the consequences are a rising of the prices of everything. Up to 500 % in the last decade. Paying up to 2.000 € for an 120 sq m apartment is a lot of money. Gasoline has a cost like in Europe, around 1.2 €/l. 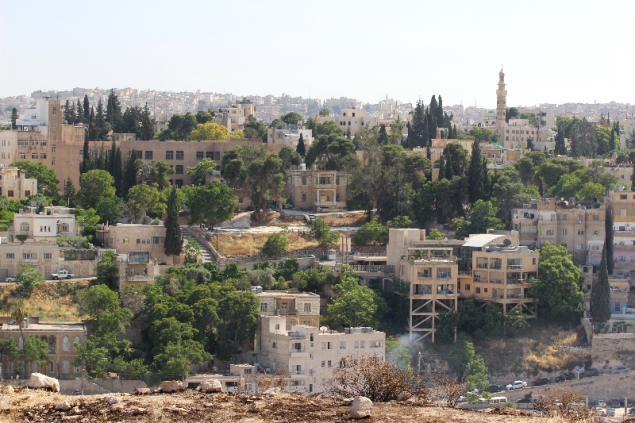 Around 8 am the city starts to be extremely busy: cars everywhere, my German fellows were crazy with the traffic, young girls in short skirts, ladies with the burqa, businessmen in suits or white overdress typical for Saudi people.. it couldn’t be more colorful and extreme. 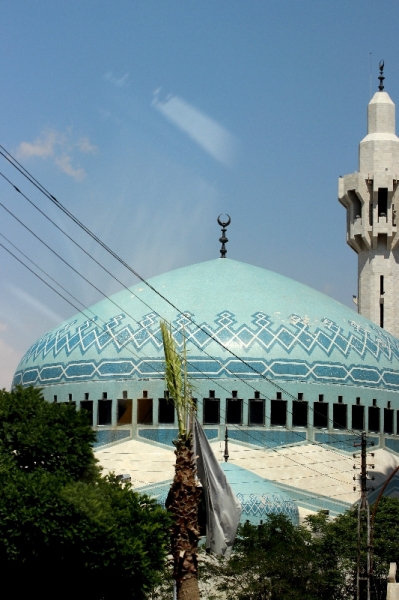 The city was built like Rome and Istanbul on seven hills, today it expands on 19. It combines ancient sights with hyper modern skyscrapers. A lot of construction areas doesn’t give the sense of being one of the longest inhabited cities of the world, up to 10.000 years. More than 3.000 years ago it was already the capital of the Ammonite and has a lot of Biblical references. Like all the country is known from the Bible.

Rabbath-Ammon, the Ammonite name of the city, changed into Philadelphia in the early Roman times. Later it was part of the Decapolis League. A lot is still here today from this period like the theater, citadel and more.

Byzantine churches tell us about the Christian period but in 635 Arabic armies took over the place and back to the original name of Ammon and today Amman. 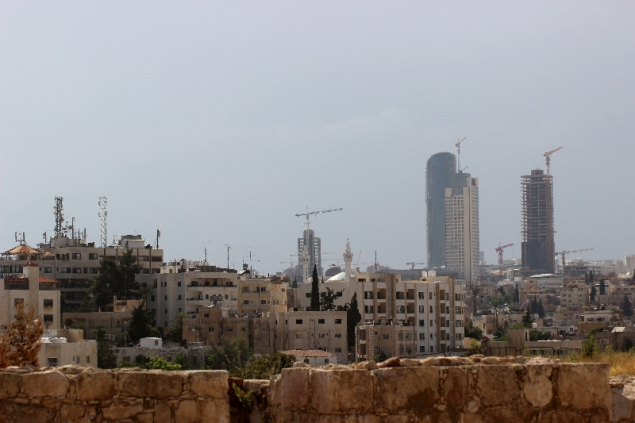 On our visit in the city we have been on the citadel for an amazing view on the vast city, we have been to the Roman theater which still today is in use for numerous events especially during the summer time, the souq with its countless shops, smells and sounds and the huge city malls. The King Abdullah I Mosque, or also known as the Blue Mosque for it’s blue dome, is the one open to foreigners of all religions and we just passed without visiting.

Amman offers great restaurants that are quite expensive like in Europe but with so good food. In West Amman there are numerous night clubs. Men should try some Shisha Lounge. The City Mall is definitely on my list next time I visit the city!

We pass many big hotels like Marriott and Kapinsky, IKEA is unexpectedly also here (Swedish furniture in Jordan seem to be strange to me) and expensive boutiques in malls show the open face of this city. Our guide tells us it is completely safe to walk in the streets and even if people don’t speak much English they would always try to help in anything.

Passing the King’s Palace we see there is no flag hissed and so he is out. Well, we had no time for a tea as well 😀 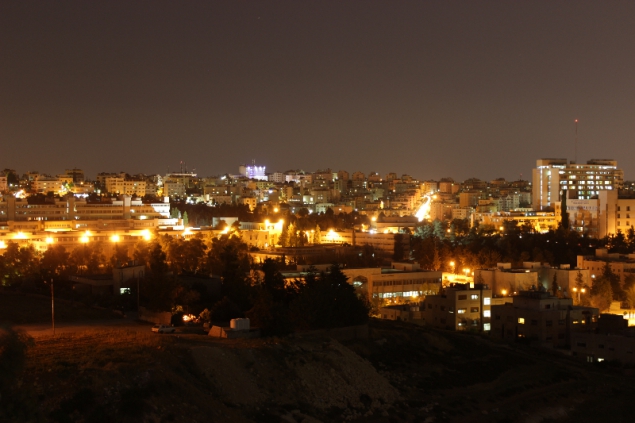 Windmills in Amman - the Tawaheen al-Hawa Restaurant
Walking Through the Hadrian's Gate in Gerasa
Mount Nebo and Moses
This entry was posted in Jordan, Middle East, ON TRAVEL and tagged Jordan. Bookmark the permalink.