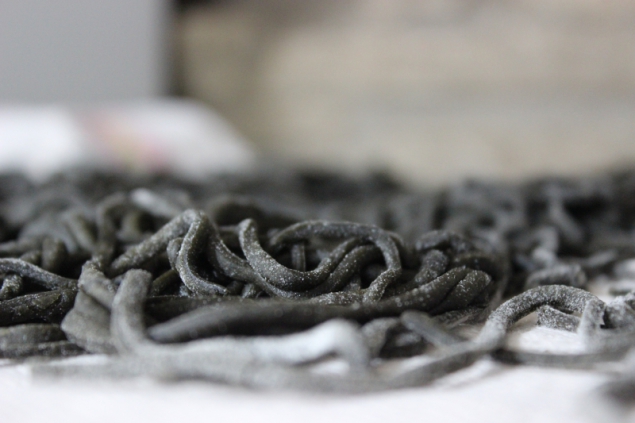 On 10th August I was at the event in ValdericArte to see this night the shooting stars. The opportunity to lay down under the trees and watch for stars entering our atmosphere and falling with a long veil of light… I already knew what to wish! But the evening came out different.. like most times.

The evening started with a welcome cocktail around 6 p.m.. Because of the rainy evening we could not go along the river and the hall on the first floor was prepared to take an audience about 20 people. Chairs and benches and a stool for the musician.

After the music exhibition there would be a rich dinner at 8.30 p.m. And later at 10.30 p.m. – in case of a clear sky – we would go out to lay on the lawn and watch out for ‘the falling stars’. San Lorenzo is the night of shooting stars! 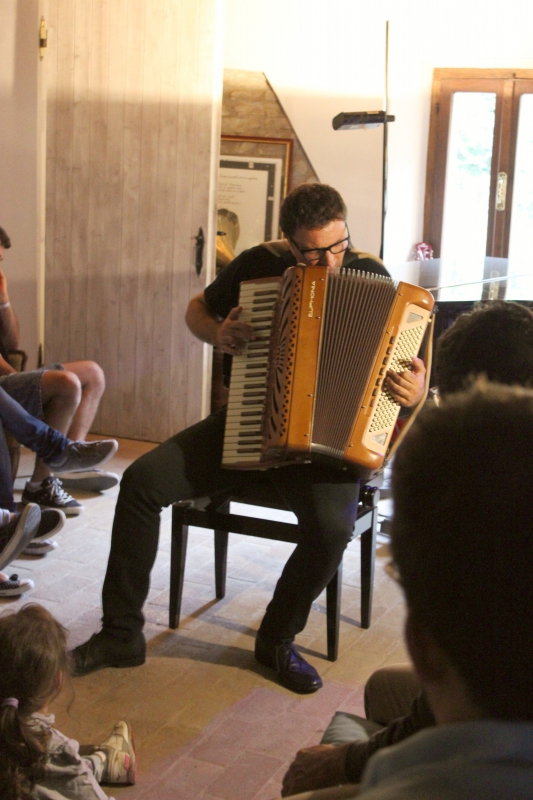 So everyone started to go up and take a seat. Fully packed the small music hall of the b&b seemed to burst from excitement. Because of the bad weather condition it was already dark outside and there was just one spot on here. The atmosphere was full of suspense, everyone muttering, the musician sitting on the stool, his accordion in his arms. All we knew about him: he will play us around the world. 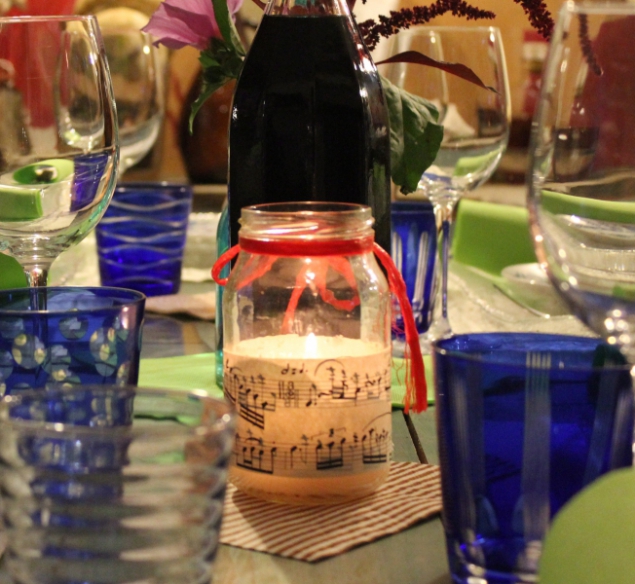 The accordion player is Giacomo Rotatori. He is a famous musician who is going around the world for concerts everywhere. Some in Italy have been for the wedding of Flavio Briatore, festivals like Ville&Castella, FIMU Festival, Tango sotto le stelle and many others. 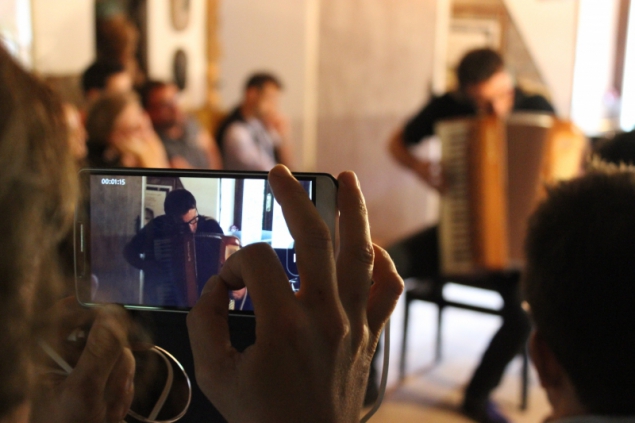 He was born in San Lorenzo in Campo in the Pesaro Urbino region in 1973. Already as a child his passion was dedicated to the accordion which he studied later in Milan with a great musician, Sergio Scappini. His favorite music style is Jazz. 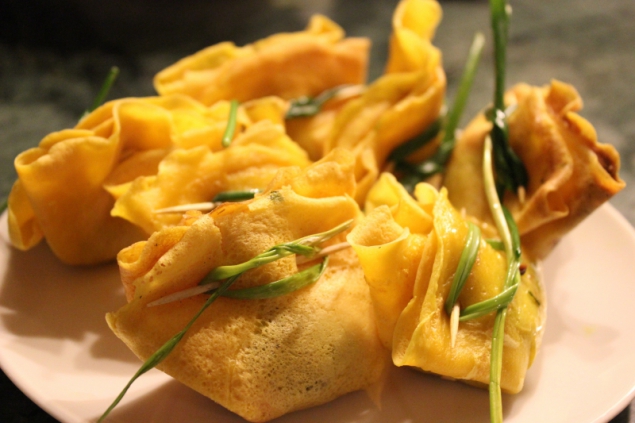 I am not a great fan of accordion normally but I trust my friend Stella who made this event as a gift to her birthday this day. And so this evening I was really curious what the musician would bring out.

He started with Argentina. Tango. I was enchanted immediately! I love Tango, I love Argentinian music. He was great. The music instrument was perfect fort this music. 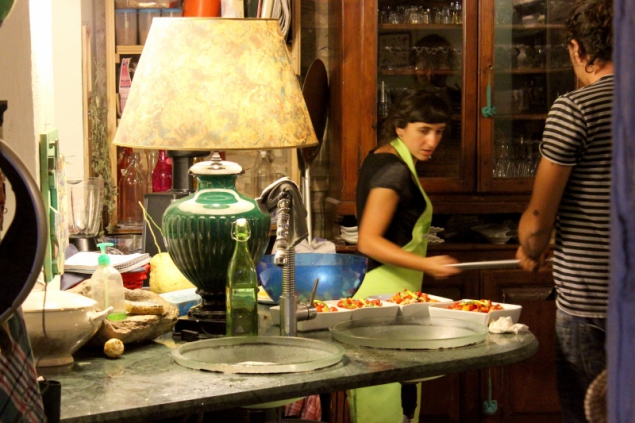 He came back to Europe then, Marseille, fishermen’s music. Again perfect. Chansons, Edith Piaf.. all great with accordion. And I could not really concentrate on photographing. I was really rapt and for the very first time I liked accordion music.

Later he came back to traditional music which was nice a s well. But most of all I liked the Tango music. 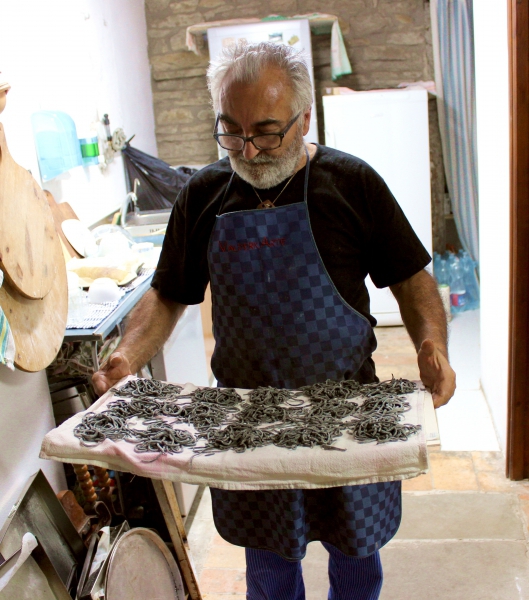 After a very emotional concert, a lot of applause, some extra pieces of music everyone was talking about the feelings during the concert, taking a CD and talk to Giacomo Rotatori.

Later all came down into the dinner hall, take a seat and enjoying a (like every time) great dinner.

I was helping in the kitchen though… 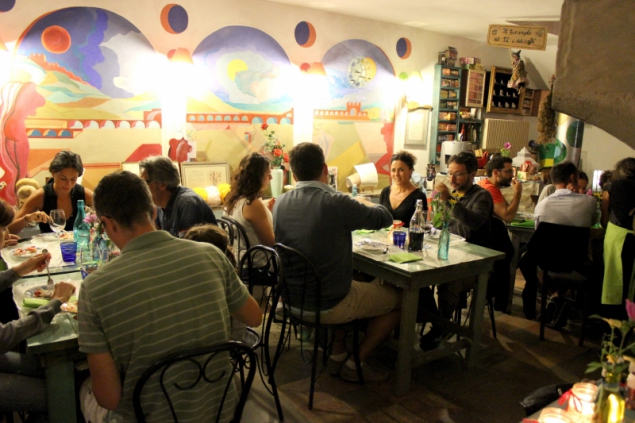 The menu was in theme to the music Giacomo Rotatori was playing. So there was a trip around the world even at dinner. The antipasti were inspired by French cuisine with Quiche Lorraine aux cinque herbes, tartiflette rosè and crêpes. Going further we arrived in Italy with black spaghetti and pesto as pasta dish and for main course Churrasco with Chimichurri, salad and tortilla. The dessert was of course typical ValdericArte with cookies like a piano keyboard and Mozart chocolate balls. 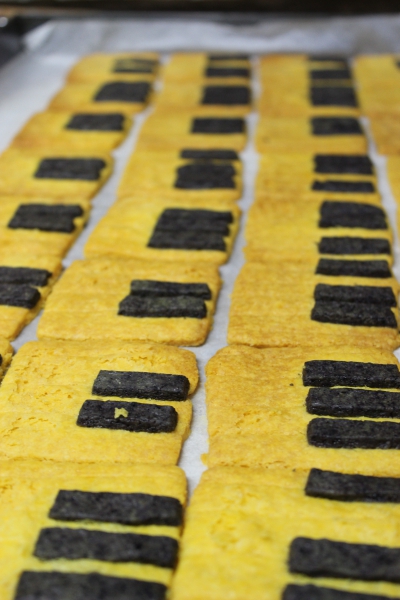 I had a great evening despite the bad weather and no possibility to see the stars. But that’s fine, maybe next year.. my wishes will come true anyway! I loved the concert and really enjoyed a music instrument that I never liked. So my conclusion is: never say I don’t like something if you don’t have tried it at least twice! With a little time in between of course. Otherwise you have no chance to change your mind about something.

Who of you like accordion music? Have you ever been to a concert? 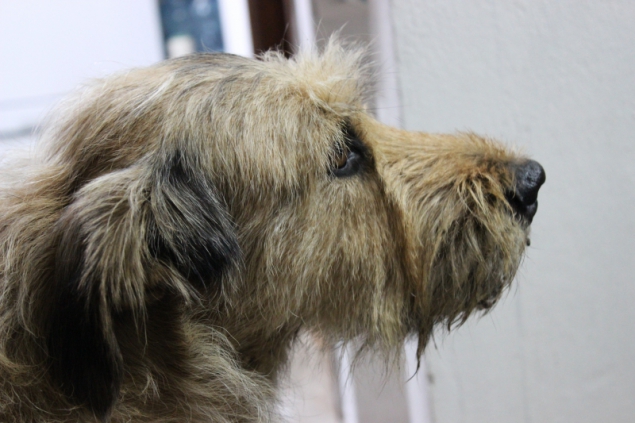 Ciak.. Movie and Themed Meal for a Great Afternoon
Fabio Piccini about paleo and a workshop
Ferragosto – Italian Summer Holidays
This entry was posted in Europe, events, Marche, ON TRAVEL and tagged valderica. Bookmark the permalink.