A Walk in the Old Passages and Yards of Lübeck

Lübeck is an old Hanseatic city with a lot of famous monuments, buildings and… yards and passages. Maybe for these the inner city is also famous. They still have a great atmosphere and are really photo scenic.

I had a walk in the center of the city when I was a scholar as I’ve been to school for most of the time in the nearby area. But as always, a child or young girl has a different view than an ‘elder’ lady like me now. So I had a walk with a very good friend one nice day just for these yards and passages. And they are many of them and all beautiful today. It is nearly a privilege to live in these tiny houses in such a hidden area in the midst of a hectic, lively city. 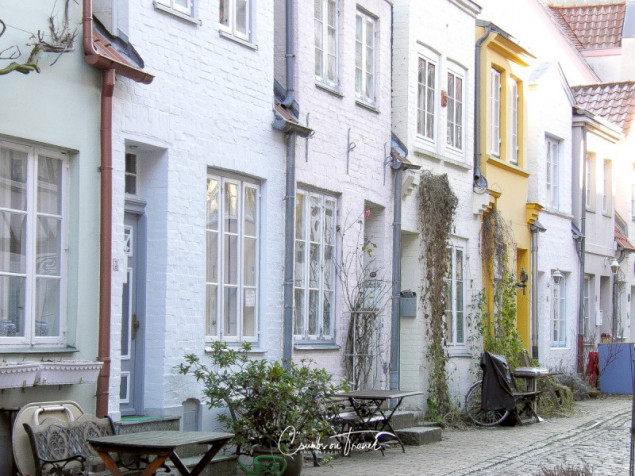 Passages and yards hidden between the bigger streets and alleys are a remaining from the Middle Age. They have been built mainly by the rich citizens of Lübeck. Behind the crow-stepped gables of the Hanseatic city there were built kinds of huts, sometimes two stories high and only with one room each. They were housing the employees of the trade of the main house. 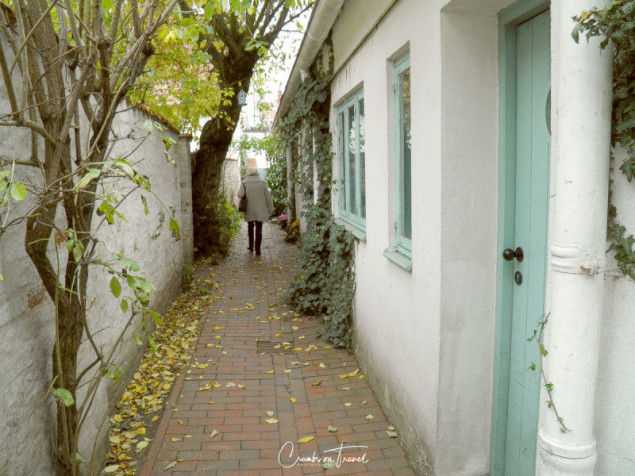 Between the big houses there is a small passage to arrive in the back yard. It is said – but not proven – that the passage had to be as wide as a coffin had to go through. Today the passages still exist but the yards changed their looks. Often they are now a big place with one or more trees, a play-ground for children and a resting place for the inhabitants.

Most of the passages are open to everyone but some are also closed by a gate and only the inhabitants can go in and out. Not all the passages are going from one side to the other of the quarter, some have only one entrance. 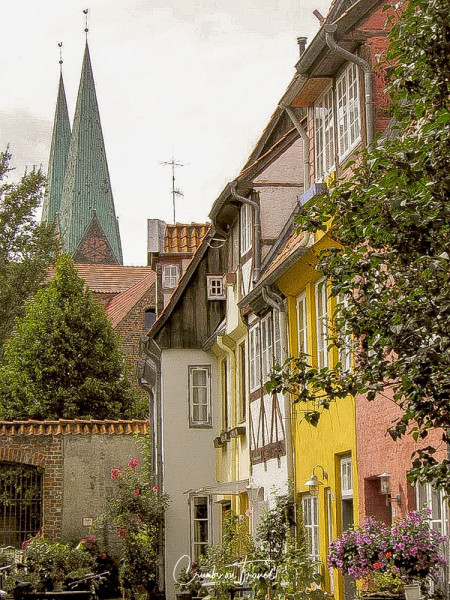 And there are really many nice and suggestive places to discover. To the most interesting passages they count: Vereinstrasse (Association street), Zöllner’s yard, Eagle Passage, Glandorps yard, Ballhorn’s Passage, Dornes yard, Füchtingshof (Füchtings yard), Von-Höveln passage and many more. They mainly take the name of the trader who owned the house and yard. Sometimes it took the name from the kind of trade work or the rich family who spent the money and built the place.

You can find them very often around the Dome and also near to the Beckergrube, one of the main streets in Lübeck.

My friend and I walked mainly in the Beckergrube area. You can leave the bus near to the theater and walk around to the next parallel street and enter in all the passages you find here. They have very suggestive yards, sometimes some arts in the middle of the place. But always beautiful entrances, often old looking windows. 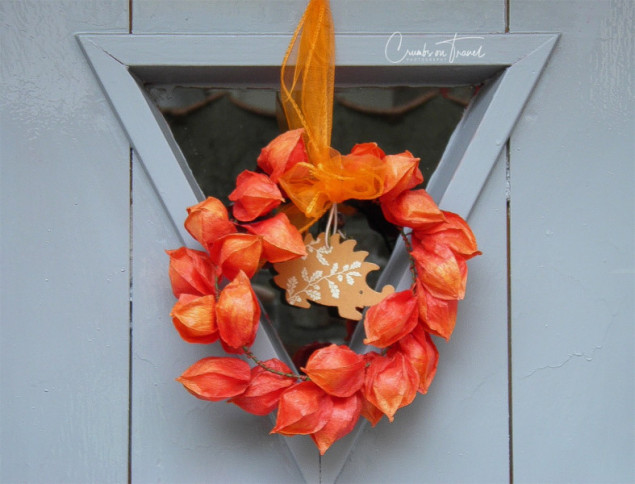 The houses are real houses, small, often not more than one room large and two stories high. They look extremely cozy. A bad neighborhood would be fatal here, I guess. They live really wall on wall and I think the walls are also not well isolated. Some look refurbished recently. The walk is often paved with cobble stones. 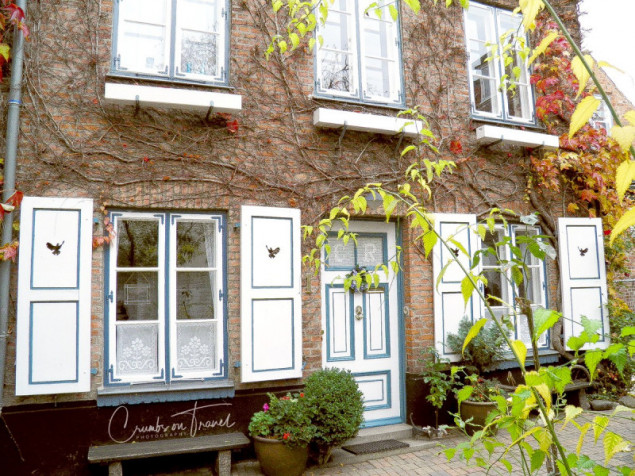 The passages are not really easy to see immediately. And they are not really for tall persons. Or overweight people. They are small, narrow, dark, long.

As a child I thought they were for the windows who find here a hidden and secure place to live. 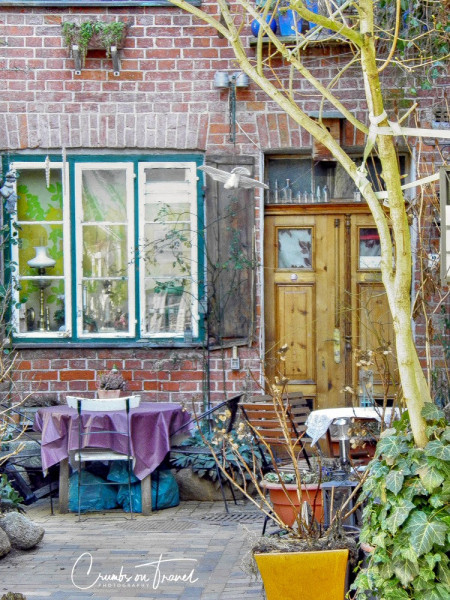 I learnt on my walk that the Dornes yard is the oldest yard, the Füchtingshof, was a film set for a German Dracula silent film in 1922, the Schwans yard is the oldest passage with houses built in 1296 by Johann Swane and in the Stiten Passage was built a poor house. 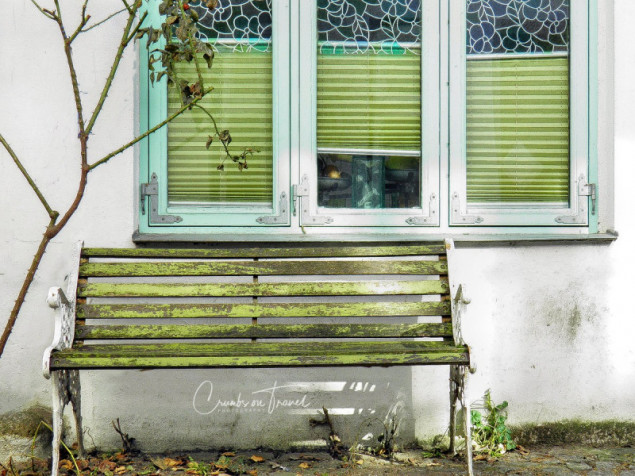 We entered so many yards and passages, all beautiful, photogenic and really special. In the end I forgot the names, the count and all. Overwhelming impressions. They are ALL great and a typical part on the Hanseatic life in Lübeck.

Best is to leave the bus just in the center of the city and walk around and have a special look for dark looking entrances. They are often the passages to the yards and hidden houses. 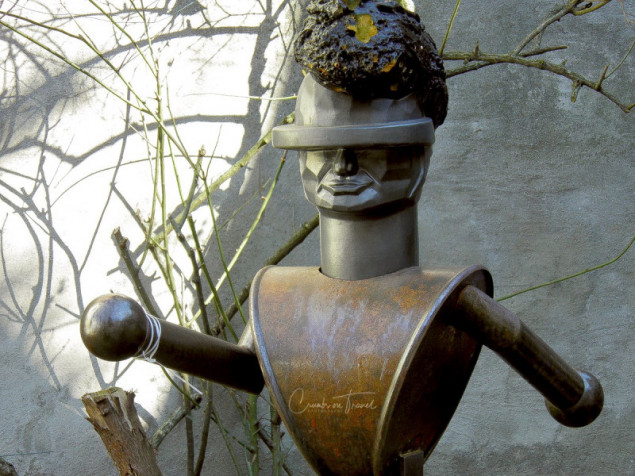 About Beguines and Other Famous Women in Lübeck
Inside Out – Body Worlds in Lübeck
Gables and Facades in Lübeck
This entry was posted in Germany, ON TRAVEL, Schleswig-Holstein and tagged lubeck. Bookmark the permalink.