A Visit in the Doge’s Palace 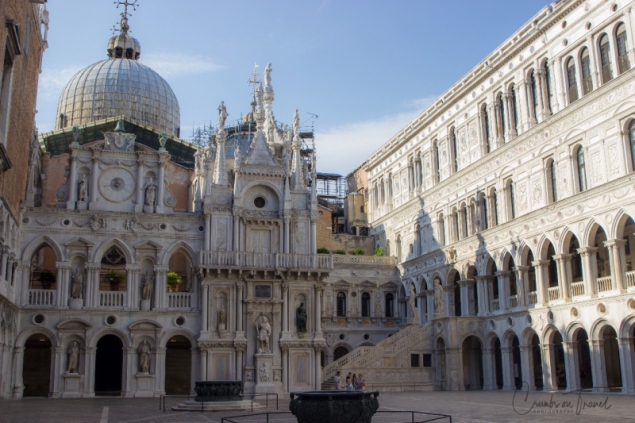 Venice has a long history of glory and pride. It has been its own country and never had a king, but it had for a long time a powerful leader: the doge. He lived and acted like a king in an extended country, he also had a ‘decent’ home: the doge’s palace. Today there is no doge anymore but the pride and grandeur of the times of the Serenissima you still can breathe in whole Venice. 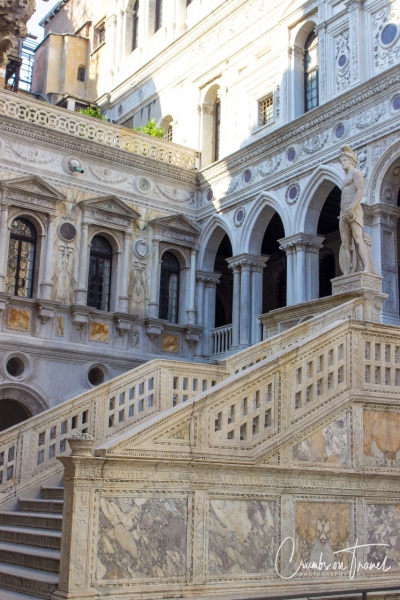 The word “doge” comes from the Latin word ‘dux’ which means military leader. He was the chief magistrate of the Republic of Venice, more than 1.000 years long. He was the senior-most-elected official and there was one in Venice and one in Genoa, another sea republic.

He was elected for life by the city’s aristocracy.

Until 1268 a doge had great power, after that they were extremely restricted: the Venetian doge could not leave the palace, he had to wait for the other officials before opening dispatches, and he could not possess any property out of the republic. When he died, the so-called ‘inquisitori’ checked on his acts and – in case of any irregularities – could fine his properties. He got a very small salary but could have a good income out of his trades. 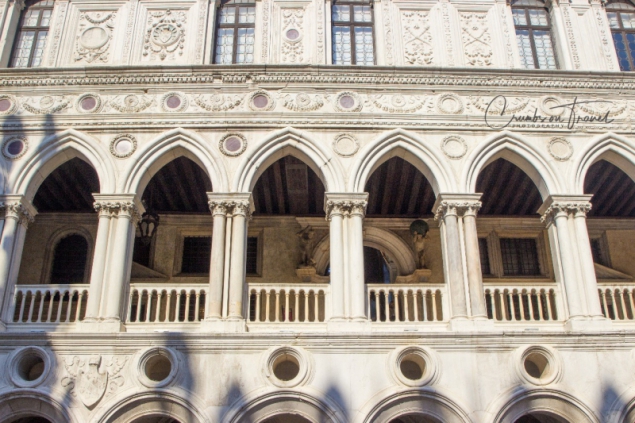 The very first Venetian doge was Ursus in 726, when Venice started to free itself from the Byzantine Empire. Luckily he was recognized soon.

There were in total 120 doges, reigning in more than 1.000 years of the Serenissima. Until the 15th century they were buried in the Saint Mark’s Basilica, after that they switched to the Basilica di San Giovanni e Paolo (25 doges)

Towards the end the doge was a more representative function, than really a decision maker. Ludovico Manin was the last one and had to abdicate in 1797, forced by Napoleon Bonaparte who conquered the city. Venice never returned to what it was before. 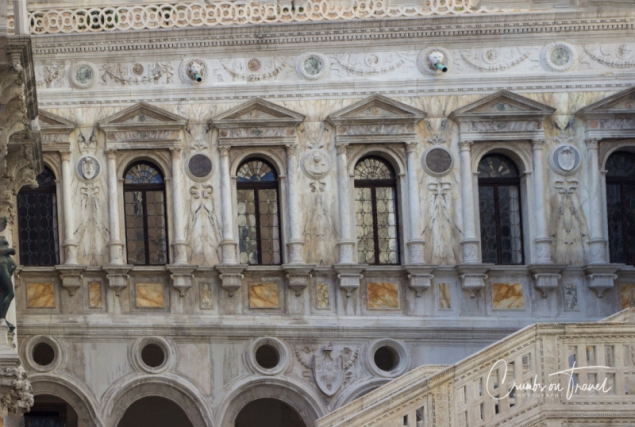 The doge’s Palace, we know today, is built in the Venetian Gothic style and a landmark of the city. Since 1923, it is a museum.

The first palace was built here in Rialto in the 9th century, but nothing remains from that time. It was nearly completely destroyed in the following century by a huge fire. The next one, built in the 12th century, was lost, too.

Around 1340 the new Gothic palace was started with a facade towards the waterfront. Only 80 years later the construction to the side of the piazza was started. A fire in 1483 destroyed again a good part and new construction started with Renaissance elements. Various other fires always destroyed parts of the rooms that could just be refurbished in the style of the period. In the 16th century there was built also the Bridge of Sighs to the prison.

After the fall of the Venetian Republic, the palace was always in use for administration and public offices. In the beginning of the 20th century the Italian government started to restore the whole structure and since 1923 it became a museum. 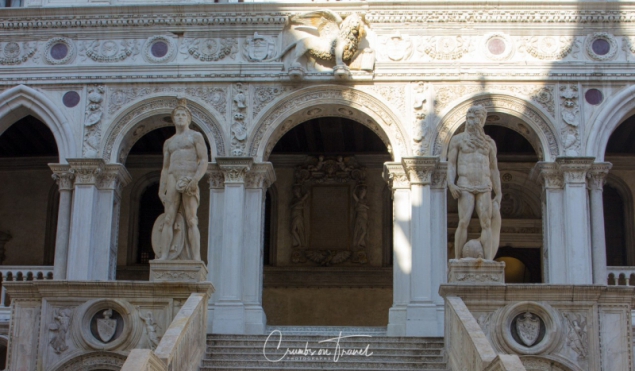 The facade is spectacular and with its many arcades it is a perfect background for wedding photos. The courtyard is similar and has a couple of fountains and especially a beautiful staircase, the Scala dei Giganti.

Inside you find the Museo dell’Opera with a lot of ancient Venetian sculptures.

The official chambers are also leading to the Bridge of Sighs connecting the palace to the prison.

Very interesting fact: there are other palaces in the world that were inspired by the Doge’s Palace in Venice. For example the Ismailiyya building in Baku/Azerbaijan or the central rail station in Iasi/Romania or the Scottish National Portrait Gallery in Edinburgh/United Kingdom. 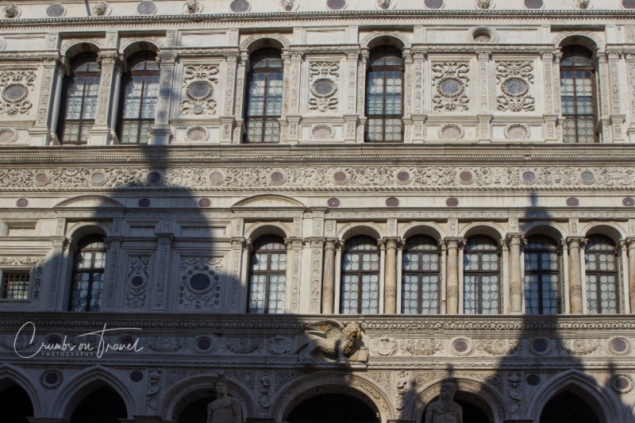 The palace is really a half day trip. Take your time to stroll around and inhale the grandeur of the old times. For more than a 1.000 years the Venetian Republic, the Serenissima, was ruled from these rooms. You can see clearly how rich the republic was. I was there in the late afternoon and it was not crowded at all, even though it was July. Don’t forget buying the ticket before entering! 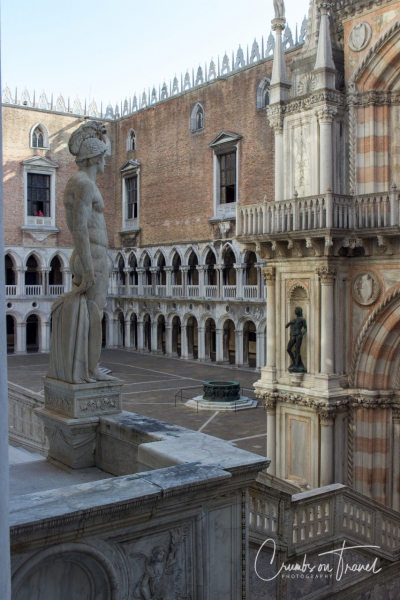 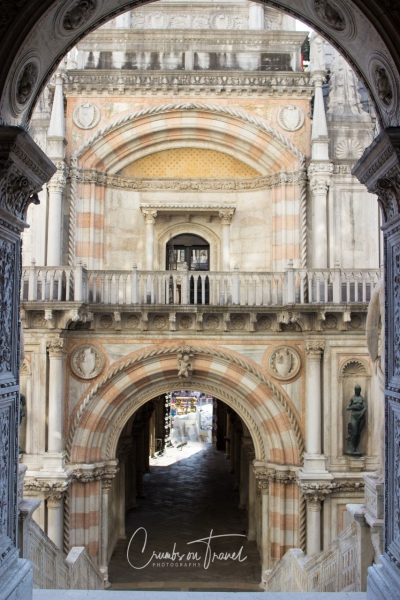 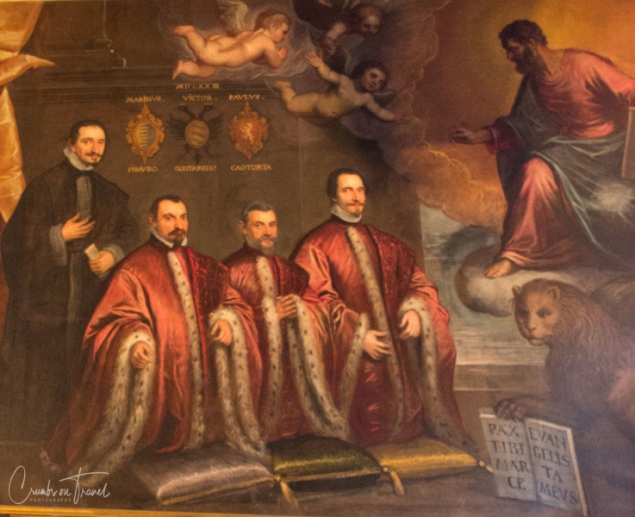 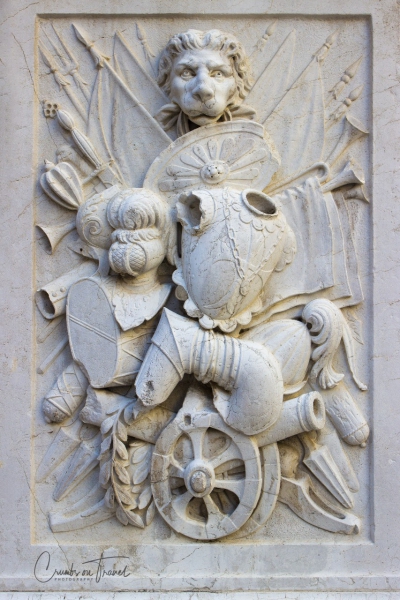 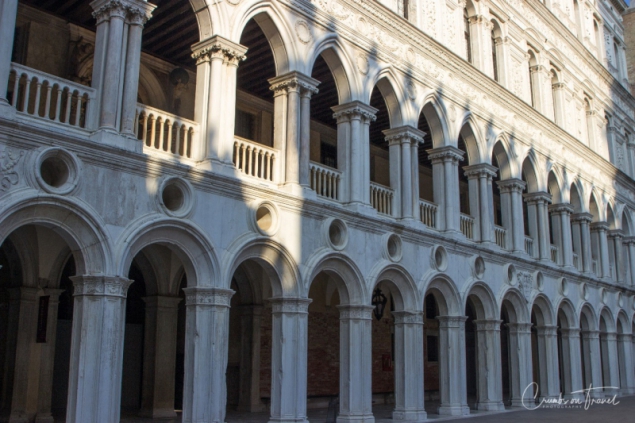 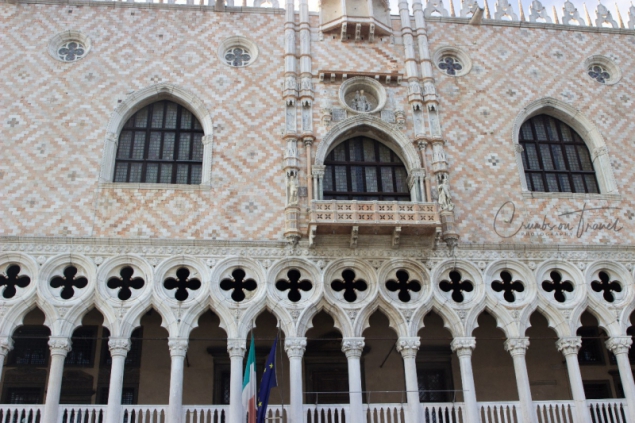 For further information:
Tourism Board of Venice
The website to the Doge’s Palace in Venice

Some books of Donna Leon highly I recommend:

Venice – Metropolis in the Blue Lagoon
Fast Food and More in Venice
Zucchero Fornaciari 2018 in Venice
This entry was posted in Europe, Italy, ON TRAVEL, Veneto and tagged venice. Bookmark the permalink.