At the Marvelous Cathedral of Bergamo 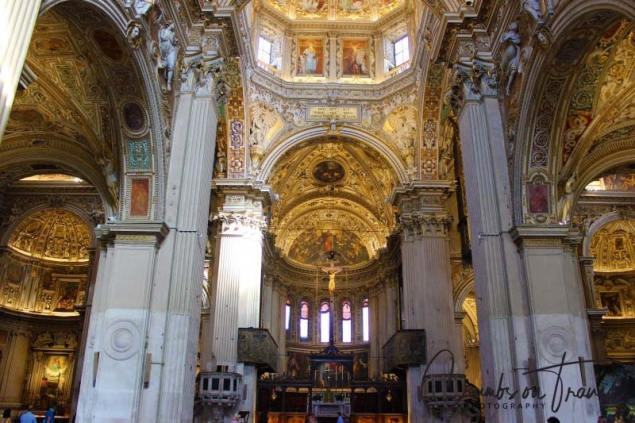 Bergamo was a short visit for me but very intense. A beautiful old city where every step is a step in history.

One of the beautiful monuments I visited was the Cathedral of Bergamo, the Duomo di Bergamo. 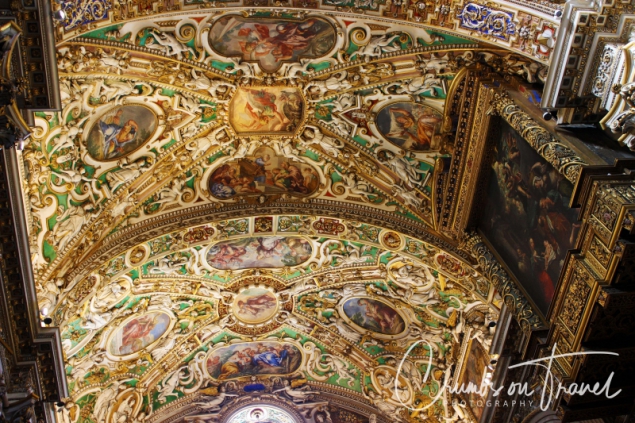 Already before Christianity in this very place there was a structure for religious cult. During the Roman era prisoners from the East, working in the iron extraction in the nearby Seriana Valley, were the first Christians. Getting free they lived in small communities, also in Bergamo, and bringing their religion to the local people. During excavations, they found a typical Roman mosaic pavement, Lombard graveyards and frescoes.

The church initially was dedicated to Saint Vincent, which is documented on a paper of 744. The church of Saint Alexander was nearby on the place where it is believed the martyr lost his life.

But that church was destroyed in 1561 when the Venetians built a city wall. So all the belongings of the Saint Alexander church were transferred to the nearby Saint Vincent church. People and priests from now on had to stay in one church only.

In 1689 finally the church was officially announced also by the pope the cathedral of Saint Vincent and Saint Alexander.

70 years later Saint Vincent disappeared and the church was Alexander’s only.

There was a major renovation in the 19th century, with a Neo-Classical west front. 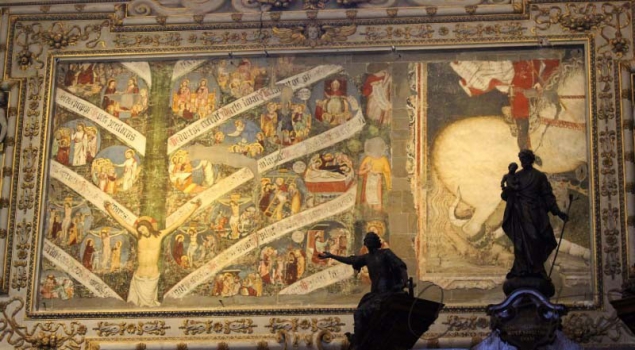 Inside you need your time, it’s simply AMAZING. It has a single nave and the shape of a Latin cross. All the church is richly painted with religious themes, like different saints and of course the Madonna with child.

The baptistery is outside the cathedral, opposite to it in the Piazza del Duomo. Octagonal and constructed in 1340 by Giovanni da Campione it was originally for the Basilica Santa Maria Maggiore. Because of major building works in 1650 it was dismantled and only in 1856 reassembled in the canon’s courtyard. 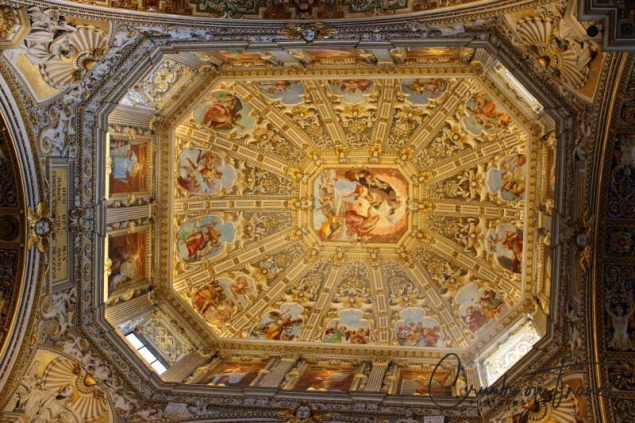 The cathedral of Bergamo is no building you enter and go out in a few minutes. Best is to sit on one of the benches right in the middle of the church and look around and UP! The ceiling is sooo amazing. In one of the back windows some sunlight fell on some statues of saints when I was in the church.. it was mystic. 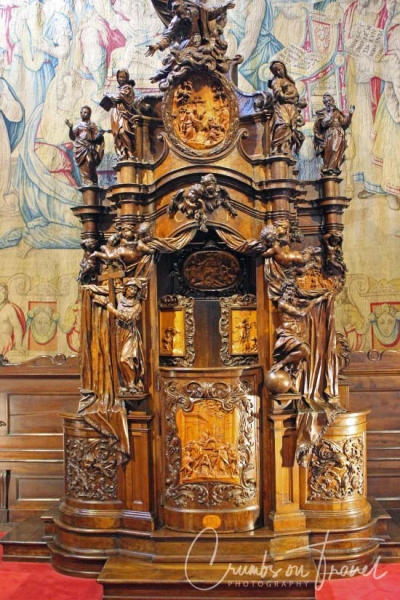 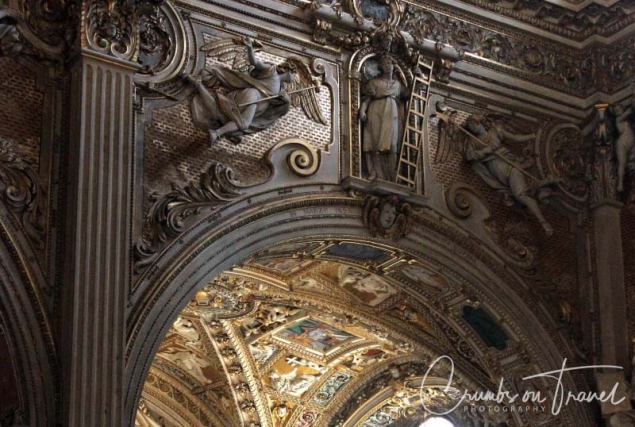 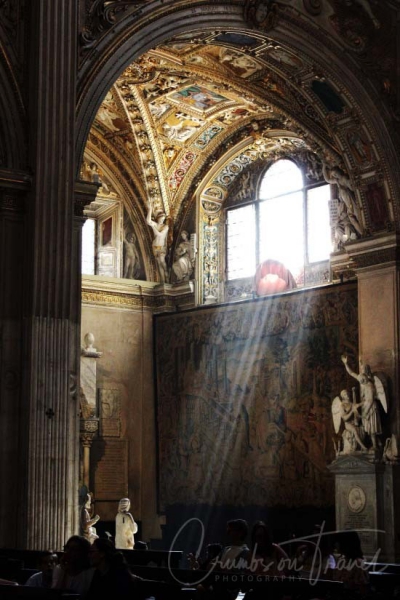 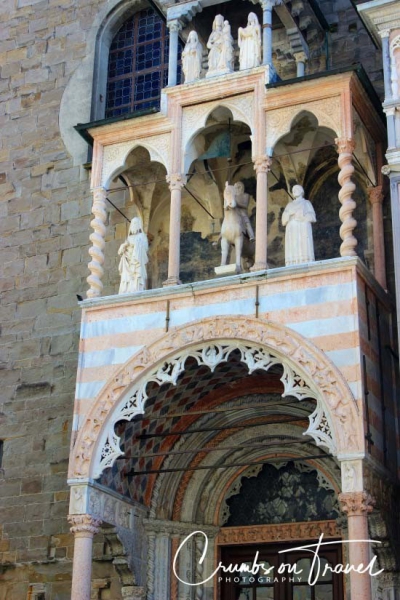 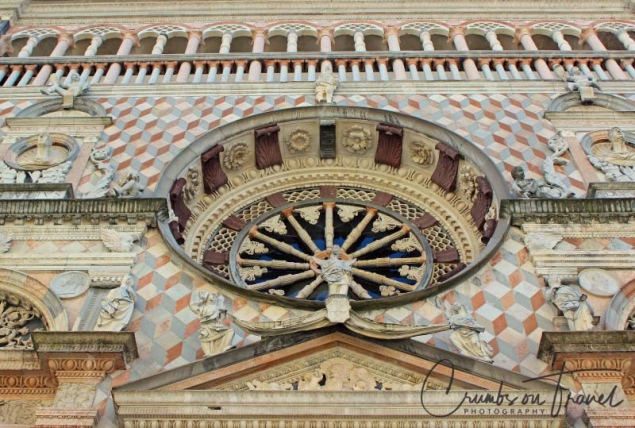 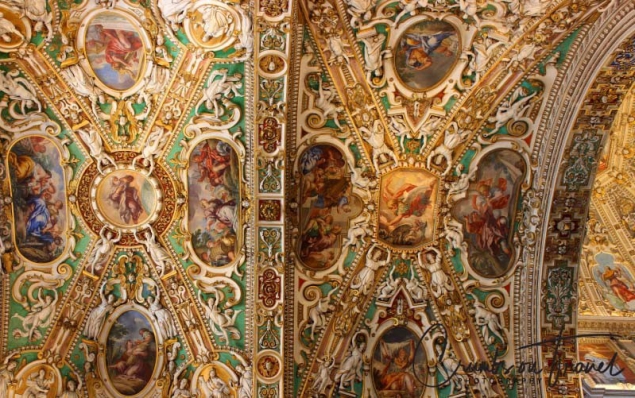 Bèrghem – The City of the Thousand
This entry was posted in Europe, Italy, Lombardy, ON TRAVEL and tagged bergamo. Bookmark the permalink.