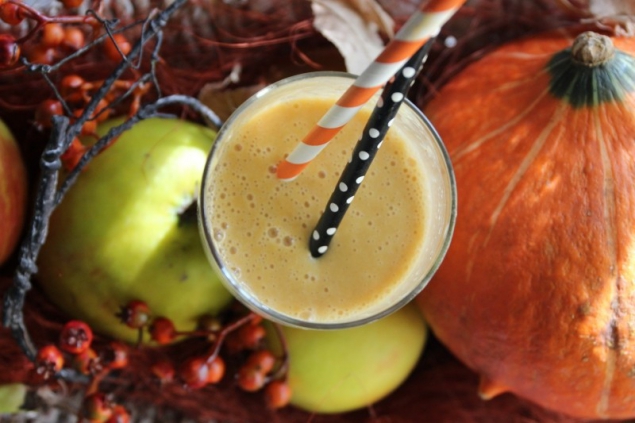 It’s nearly again Halloween. When I was still in San Diego/California I already in the beginning of October could see the first decorations in the garden. Like Christmas it seems to be a very popular decoration festivity. But everyone assured me that there is no competition, just for own fun. And nearly every has plastic figures of horrible looking creatures – spooky, creepy and scary.

Though I think too much is too much I could not resist when I saw a all painted little skull in a fancy shop and I took it with me. A little spooky something in my house I like, too. 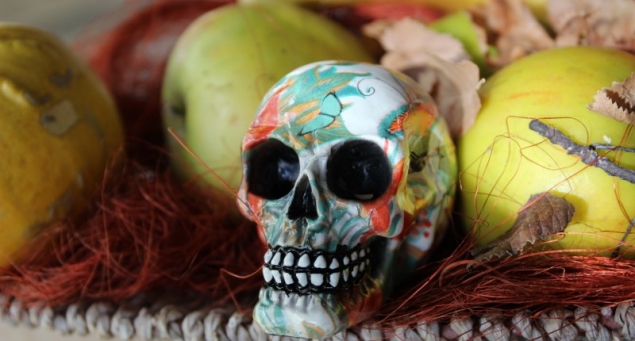 Yesterday I found my pumpkin pie spice I bought last year when I was visiting in San Diego and I thought a nice, yummy pumpkin pie smoothie would be great.

The problem here in Italy is that I don’t find pumpkin puree in the shops. I was recently also in Germany and could not find it. That’s why I decided to prepare my own. So I did yesterday.

Homemade pumpkin puree is super easy: you just cut a Hokkaido into two pieces, tale out the seeds with a spoon and put it upside down in the oven for an hour at 180°C/350°F. When the skin is soft take it out, let it cool a little bit and them scrap out the pumpkin meat. Now put the pumpkin in a blender and blend until smooth. Fill in jars and close them. Use the pumpkin puree in the next days. I used it for the smoothie and some muffins. 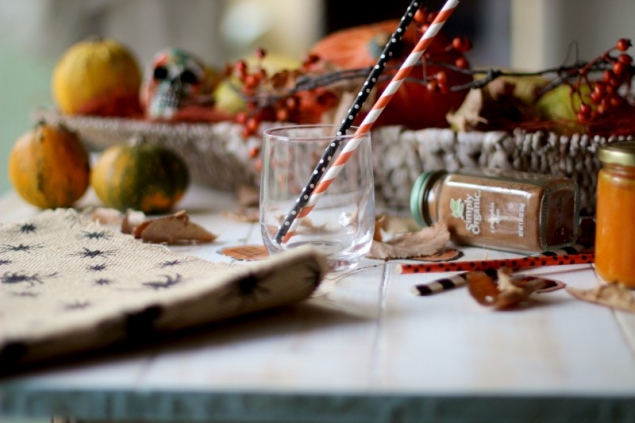 In order to my tight schedule I set up already the shooting scene the afternoon before and took a few photos to see how I want to shoot the smoothie.

I had to wait the next morning and the right light – I wanted a little sunlight coming through the window to have a ‘ghost-y’ feeling. 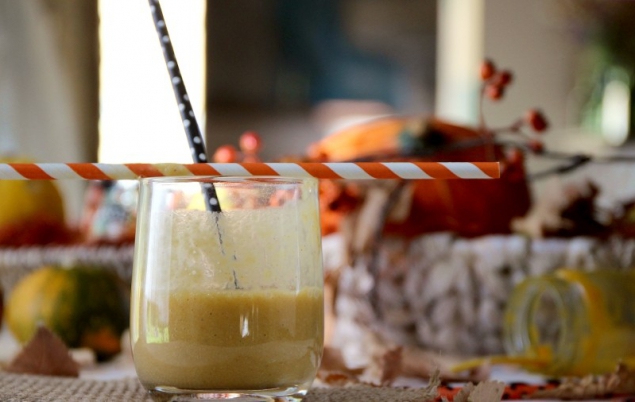 The smoothie is super easy: pumpkin puree, milk of your choice, some sweetener like dates or maple syrup, a banana and of course pumpkin pie spices. I bought a little jar last year when I was in San Diego. I like it and use it in many other Christmas recipes, too.

Here are some more photos of my shooting. Fall is here, Halloween is nearly knocking on the door and the smoothie is super yummy! 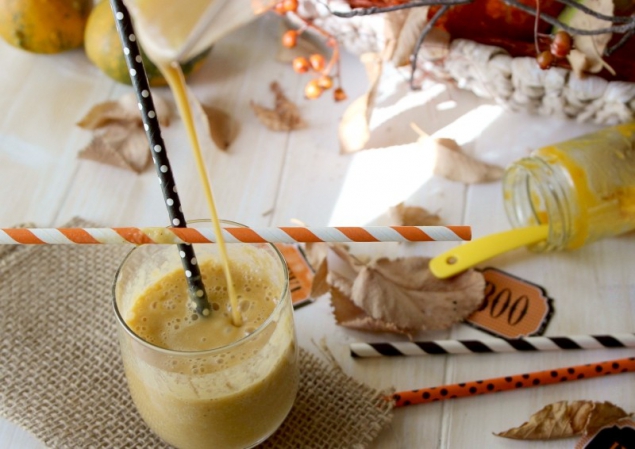 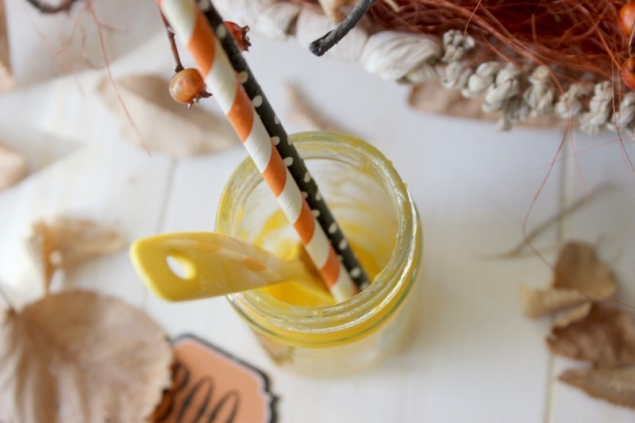 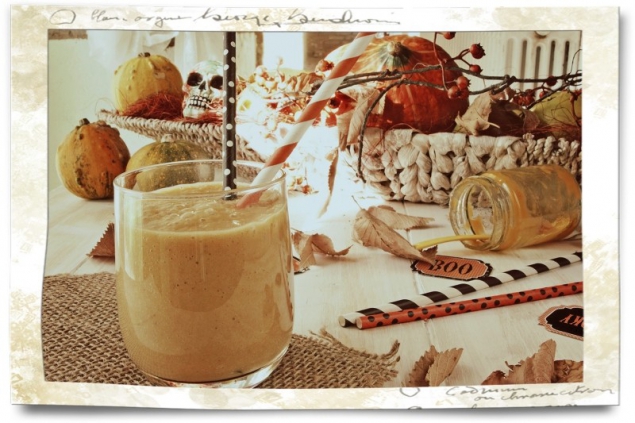 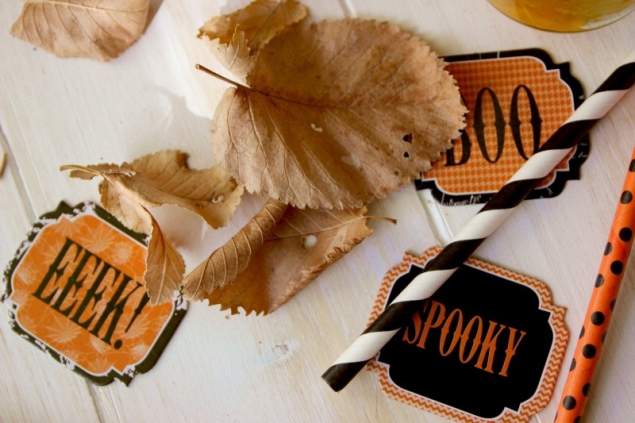 This entry was posted in CRUMBS, recipes, smoothies, coffee & drinks and tagged smoothies. Bookmark the permalink.