A Rustic Easter Bread from Naples – the Casatiello Napoletano 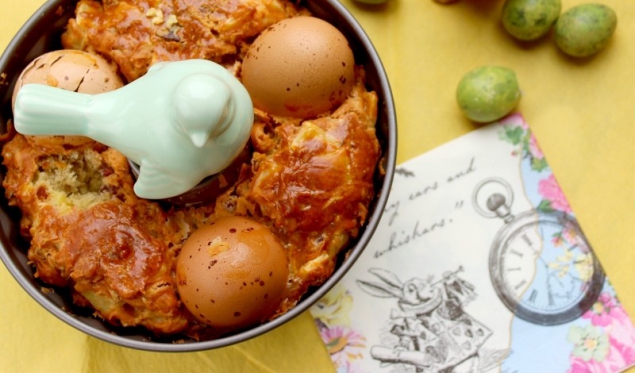 There are a lot of typical Easter treats in every country and region. Lately I am often in the Marche region but still don’t know any specialties for Holidays. I anyway love the Neapolitan cuisine. Typical Easter preparations are the Pastiera – which I don’t like because of the ricotta and the candied peel. But I like a lot the Casatiello Napoletano.

This is a kind of bread filled with prosciutto and cheese with a light pepper taste.

This Easter tradition has been there already in the 17th century. The author of ‘La Gatta Cenerentola’, Giambattista Basile, was describing the Casatiello already in his fairy tale. It is made of a bread dough filled with several types of cheese and cold meat like salami. Its round form is symbolizing the crown of Jesus Christ, the embedded and visible eggs are normally topped with dough crosses. It looks like a huge donut made of bread dough.

Being a rustic ‘dish’ it has a lot of pepper, a little like Taralli. The cheese influences the taste as well. It is served as antipasto but also consumed often on Easter Monday during the traditional picnic.

The Casatiello is satisfying, so nothing light. This comes as well of the embedded eggs which come out hard boiled of course.

It has a ‘little brother’: the Tortano. Which is made without eggs and the whole year round. 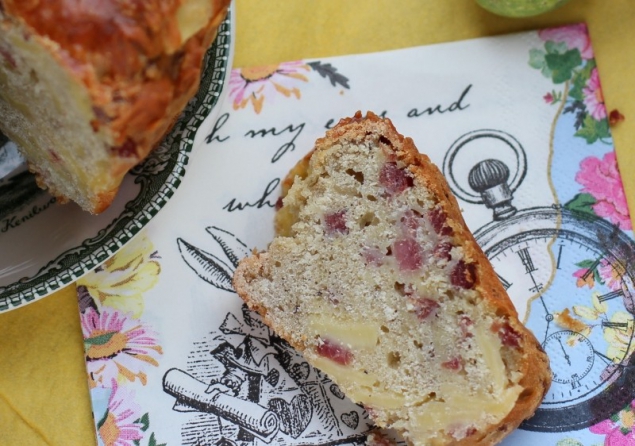 My version of course is gluten-free. I ‘cheated’ a little as I used red lentil flour I just found in the supermarket. Not really paleo but gluten-free. The cheese I used is vegan and matches perfectly. Some Italian friends tried my Casatiello and they loved it, saying it has the very same taste and structure as the gluten-version.

So, why don’t you try some new Easter bread for your family and friends? It tastes even better the next day so maybe it would be a good idea to prepare already on Saturday before Easter Sunday and leftovers will be perfect also on Easter Monday.

Wish you all a great Easter Holiday! 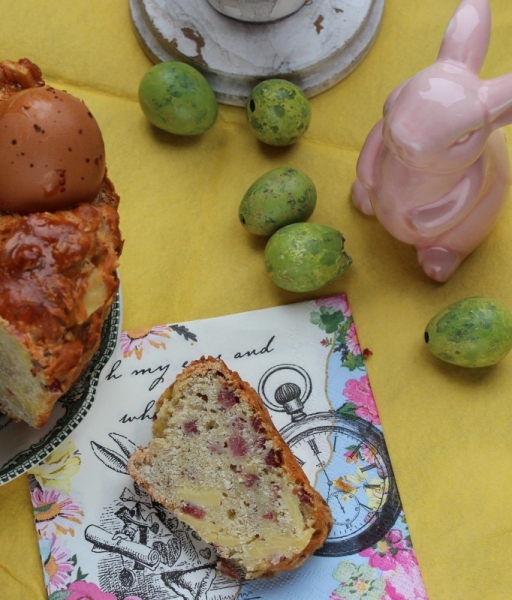 The Casatiello Napoletano is like a rich bread which can be eaten alone but also with more cheese or cold meat.

I had the Casatiello for a few days as I didn't eat all in one day. As I don't use a fridge normally I let it in an air-tight box. It came out perfect every day. In a fridge and not covered it could get moist and will loose a lot of its taste.