A Night with Anna – the Sant’Anna Festival at Ischia Ponte

This year I was lucky to be at Ischia in the right moment to see the Sant’Anna festival. It is years I haven’t been there, like I always miss the most important festival in Forio (my home place): San Vito. 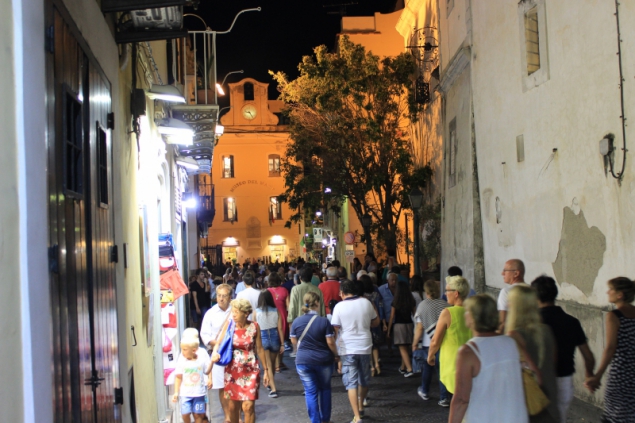 The festival takes place in the little borgo Ischia Ponte. So called because there is the bridge to the nearby island with the Aragon castle, symbol of the island Ischia.

Ischia Ponte is a fraction of Ischia Porto (means port of Ischia which once was the only one facing Naples). Walking or with a short bus ride you arrive at the beginning of Ponte.

The Sant’Anna Festival is a traditional but young festival of about 300 years. It is dedicated to the Holy Anna, protectress of pregnant women. Initially they only put different bonfires when in the last century they started to substitute them with fireworks. The boats initially just accompanied the women on their way to the church of the Holy Saint and they changed it into a competition as well in the last century. 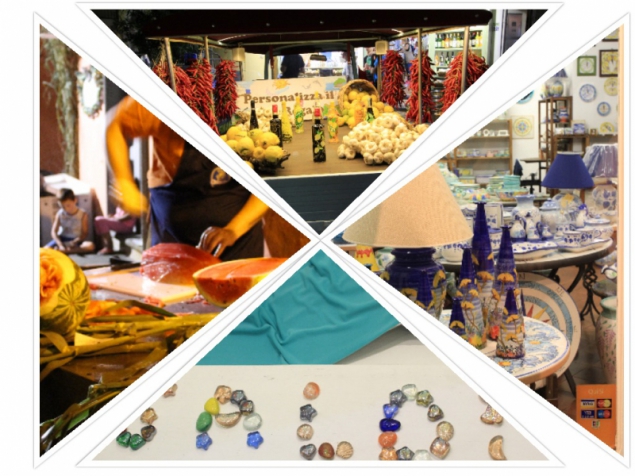 It has one main road, ideal for window shopping or sitting in one of the restaurants and enjoy some typical meal. 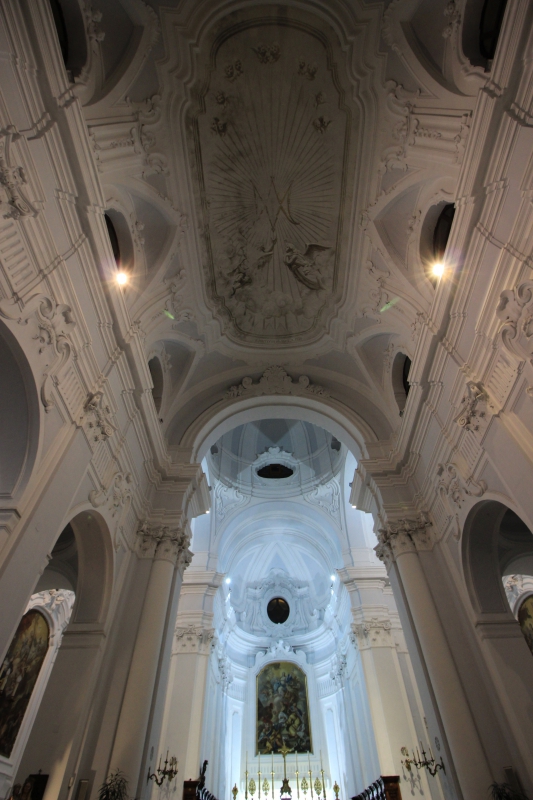 The road goes over into the bridge towards the castle, which was built in 474 BC by Gerone of Syracuse,a Greek ruler from Sicily.

But this evening I had a look into the cathedral of the place where I never entered before (living here more than 25 years, shame on me) and enjoyed the view from a staircase onto the piazza in front of the bridge walk over to the castle. It was packed with people, all excited about the upcoming exhibition of ships and performances. There would be 6 different ships an performances in a competition, each of one municipality of the island: Ischia, Casamicciola, Lacco Ameno, Forio, Serrara Fontana and Barano. 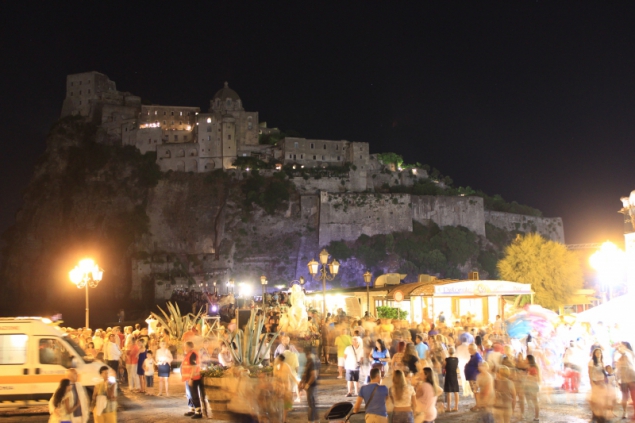 So many people and nearly no possibility to see anything about the boats. I tried it in two places and taking photos free handed holding the camera over the heads of every one. The result is not too bad but not nearly something I would have liked. The punishment for late arrivers! 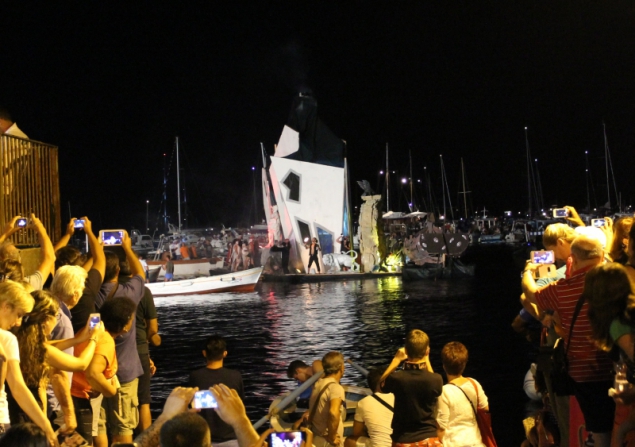 We could see something of the boats and performances on huge screens in two different places with one being a house wall. But standing there for hours is tiring as well as all goes very slowly so we left just before midnight. I read the next day in the papers that my home town Forio won. Yeah! 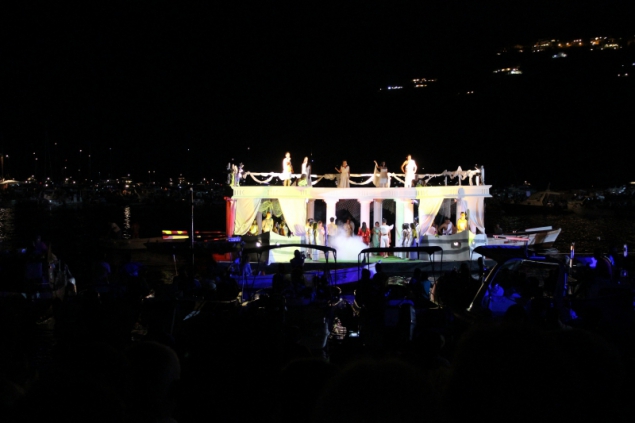 The fireworks were something to see my friend told me. I am not a great lover of fireworks but we got a great place at the ‘strada elevata’, a kind of ring road around Ischia Porto and Ponte. So I tried another few shots here but the battery of my camera was nearly gone. I missed charging before leaving home 🙁

I loved to be there as it was a typical festival of the island. I missed the many stands that were there once with a bunch of great handcraft and art. But was fine as well and maybe this way a little less overloaded of people. Anyway it was difficult to find a place to sit even on a small wall along the seaside. 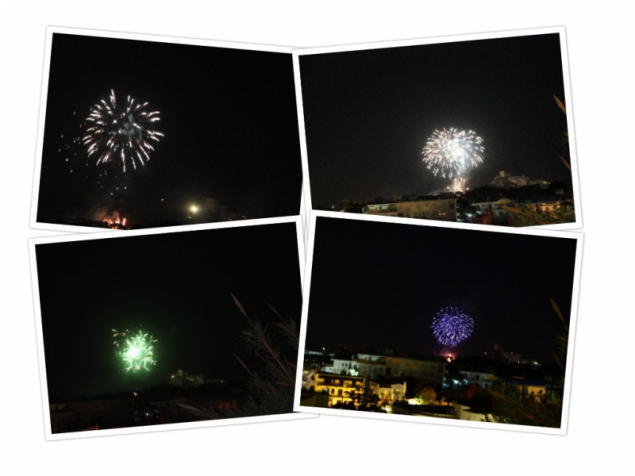 Ischia - The Place My Heart Belongs
On the Ferry from Casamicciola to Pozzuoli
Christmas at Ischia
This entry was posted in Campania, Europe, Italy, ON TRAVEL and tagged ischia. Bookmark the permalink.