A Night at the National Museum of Ravenna 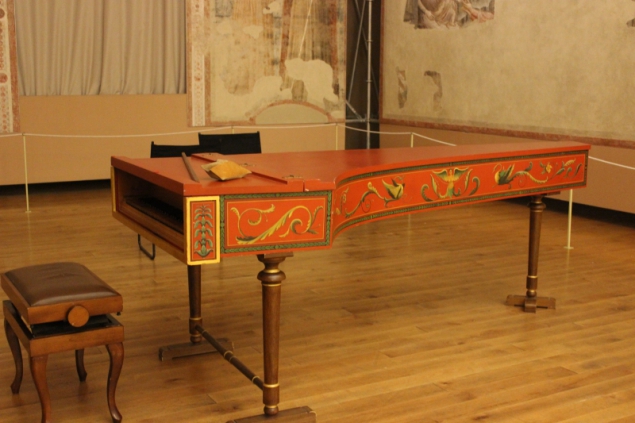 Just at the side of the fantastic basilica of San Vitale (which unfortunately was closed by the time I arrived) in the center of Ravenna there is located the national museum.

The basilica is a fine example of early Christian Byzantine architecture. It was built around 526 AD during the reign of Ostrogoths. The national museum is situated in the ex cloister of Benedictine monks, just at the side of the basilica. 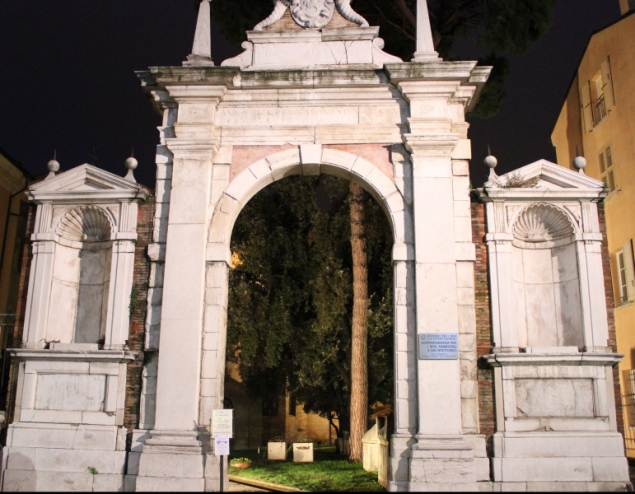 We passed in the middle of darkness in the late afternoon under a beautiful white arch in the front garden of the basilica. As it was the first Sunday of the month and that is the free entrance day for national museums we were lucky to be in time to see also this sight today. 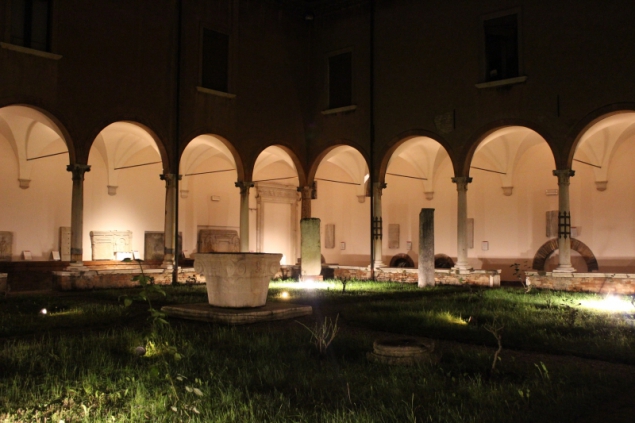 After getting a free ticket we entered a yard, obviously once the courtyard. The two white horses are sculptures of Davide Rivalta. He has more art standing in other places in Ravenna (basilica of Sant’Apollinare in Classe, church San Vitale).

Here one can see already a lot of artifacts, sculptures, plaques, epigraphs, bas reliefs and more. A kind of lapidarium. 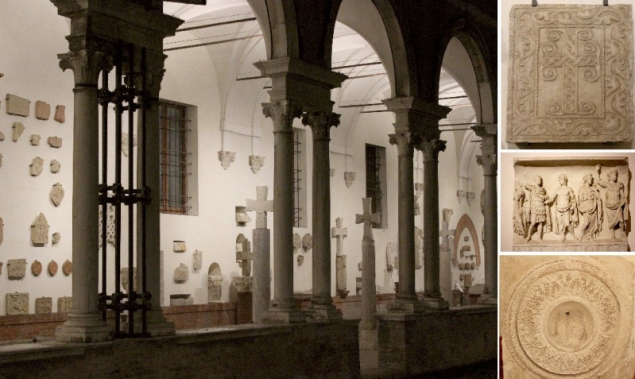 Inside we saw more exhibits from different periods. Roman times, later the Ostrogoths, Byzantine and more.

The objects are coming from donations and by buying them, but mainly they are the result when unearthing a place in and around Ravenna during earth works. There are a lot of architecture of ancient times and archaeological sights in this area of the Emilia-Romagna. 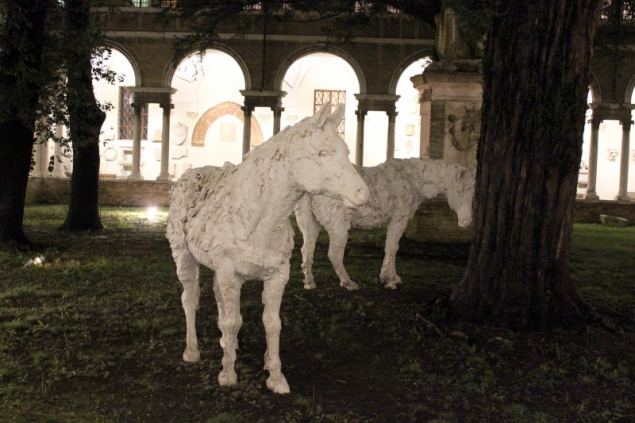 We walked around and even saw a whole apothecary shop with fine cabinets and beautiful ceramics.

I was a lot impressed by a red inlaid work. It is apparently an instrument for music, looked like a piano. It was standing obviously in a kind of theater under a beautiful decorated arch. They worked there and we could not stay much. 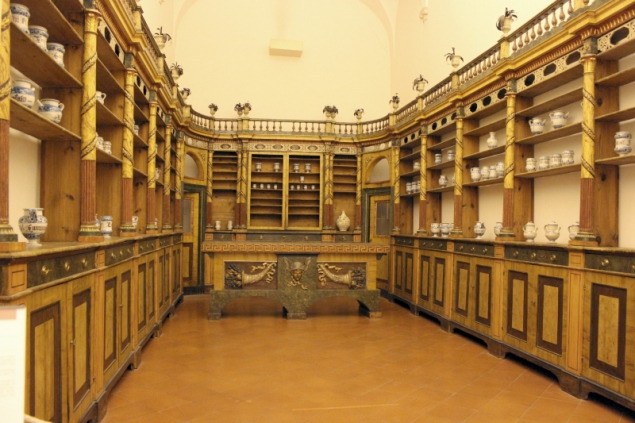 We have been at least two hours in the museum and left it due to our tiredness. The whole day we were walking around for around 8 hours without sitting once and walked away a lot of calories I think. 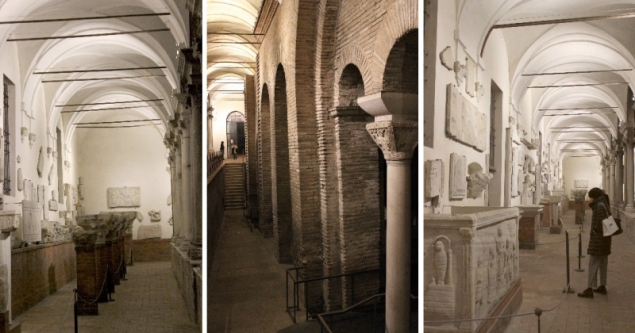 The national museum was a great way to end our sight-seeing tour through Ravenna and we enjoyed it a lot. We would have done also the basilica of San Vitale as it is a beautiful artwork from outside but especially inside with a whole lot of vivid colored mosaics. But it was already late and has to wait for a second visit.

Do you like museums? I am normally not a real great fan of them as I look around, have my ‘wow’-moments but that’s it. They don’t impress me like for example archaeological sights, the nature’s beauty or anything at its natural place. It is too much of too many different places and periods.

What kind of museums do you like and which ones have you been where? Let me know in a comment below. 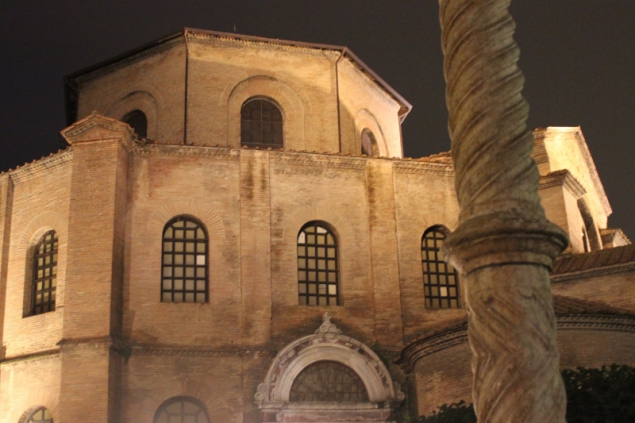 On the Trace of Theoderic the Great in Ravenna
From Pile Houses to Capital City – the Changing Face of Ravenna
From Arian Church to Catholic Church – the Basilica of Sant'Apollinare Nuovo in Ravenna
This entry was posted in Emilia-Romagna, Europe, Italy, ON TRAVEL and tagged ravenna. Bookmark the permalink.