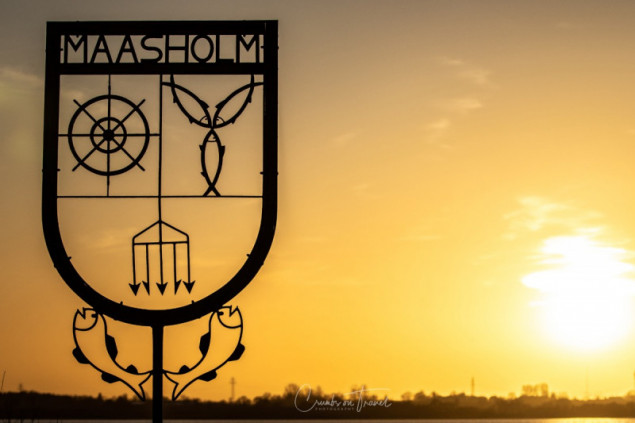 Maasholm is a peninsula east to Kappeln south of the border to Denmark. Once a little fishermen’s village today it is an exclusive center for vacation and a nature reserve. 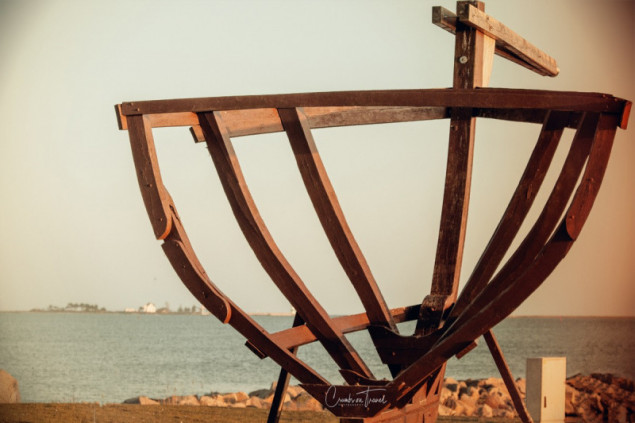 Initially we wanted to go last Sunday to Kappeln. I know Kappeln just because of my parents who lived here before I entered their life. So I was curious. Unfortunately we left late from Lübeck, and we just arrived for lunch-time. We found a very nice little restaurant along the Schlei and had a super yummy fish meal – plaice and roast potatoes and herring filet called Matjes, a specialty of this region.

As it was already around 3 pm my friend suggested to drive back, but I wanted to see this nature reserve nearby. The time was perfect for the light, at 4.30 pm the sun goes down. So we went and we enjoyed our perfect decision! 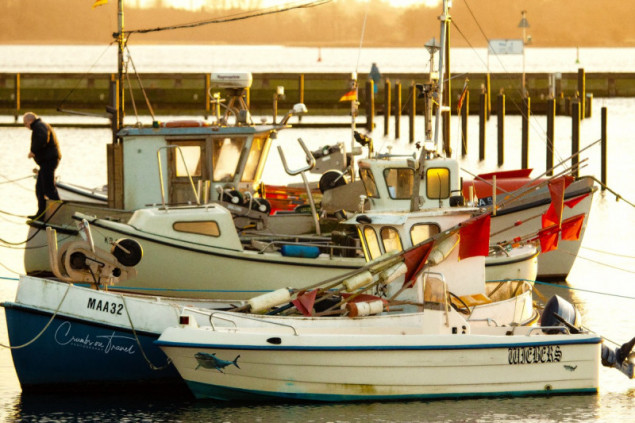 Maasholm was mentioned for the first time in 1649, The name comes from the Danish word Mås which means wet meadow or moor. Holm is the suffix for island.

There was once a Viking settlement. In the 17th century fishermen founded another settlement here but was abandoned just a year later because of flooding.

Nearly a hundred years later a dam was built to have a land connection. Since then the island became a peninsula as the dam helped to silt up the opening. Maasolm is part of Kappeln. 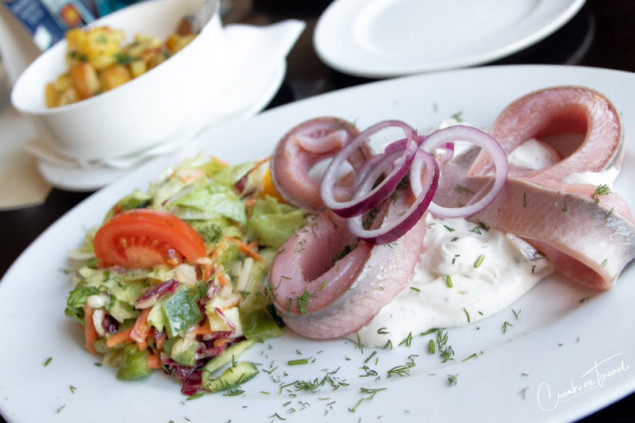 I think it is interesting that this tiny place has actually its own coat of arms: a ship’s wheel, 3 fish and a Neptune fork.

The economy is based on the fishery and a smoke house for fish. But also the tourism is a very important income, everything about water sports, sailing and more. Here the Viking-Frisian-Bikeway starts, a bike path that follows the old trade routes of Frisians and Vikings. 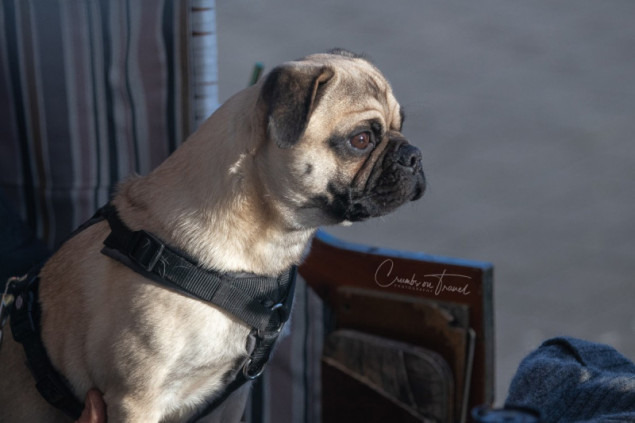 It seems so that around 600 people live here permanently. The marina has more than 450 berths or boat slips, one of the biggest in the region and the perfect start point to explore the river Schlei (see my article about Haithabu) and the Danish Baltic Sea side. 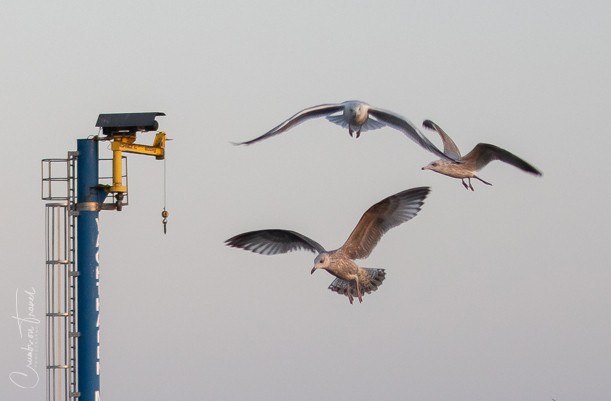 We had a wonderful afternoon here, the sunset was beautiful. But mostly we liked to observe the fishing boats coming in and the many sea birds trying to fetch some food. We were standing at the dock, trying to get the best (photo) shots and three old men sitting on a bench were commentating about our efforts. It was a very funny situation.

Maasholm is one of the very typical places along the northern coasts and a great place where to ‘breathe’ the feeling of the ‘Fish heads’, as North German people are often called. 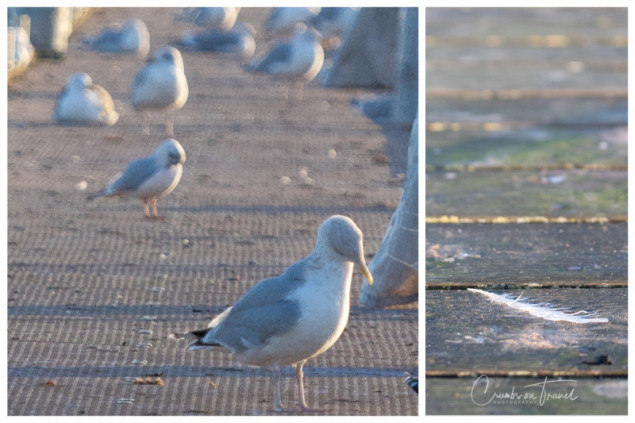 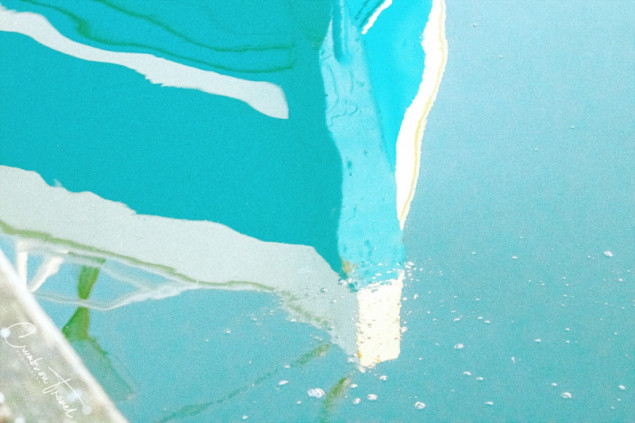 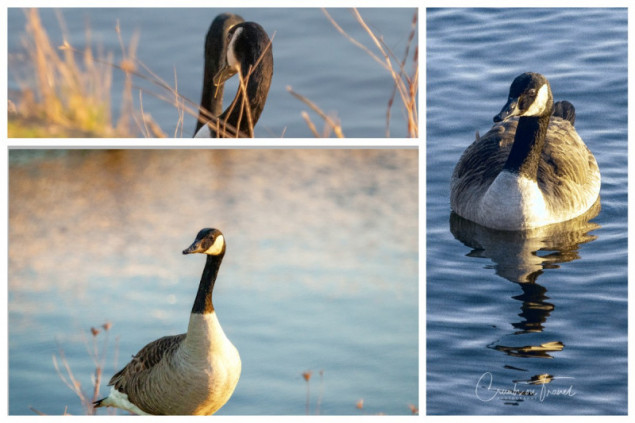 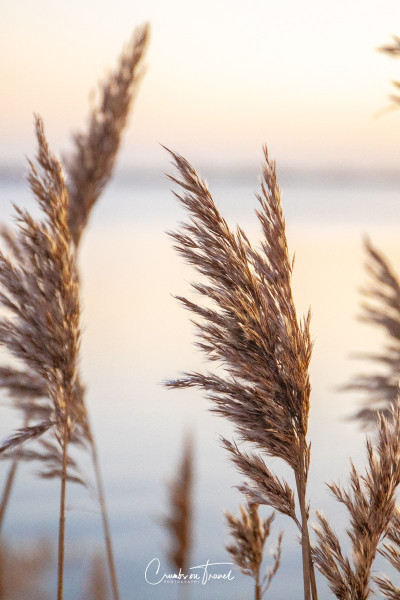 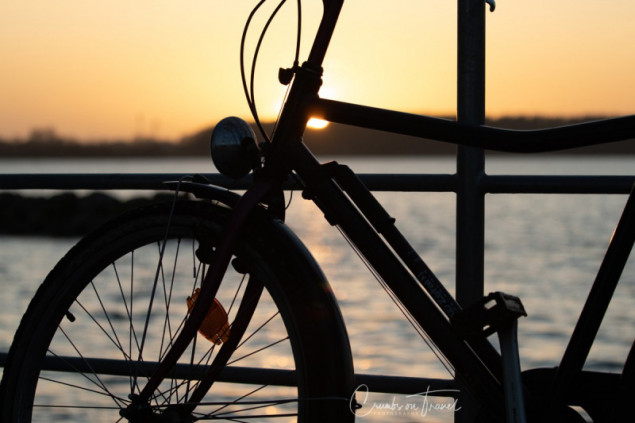 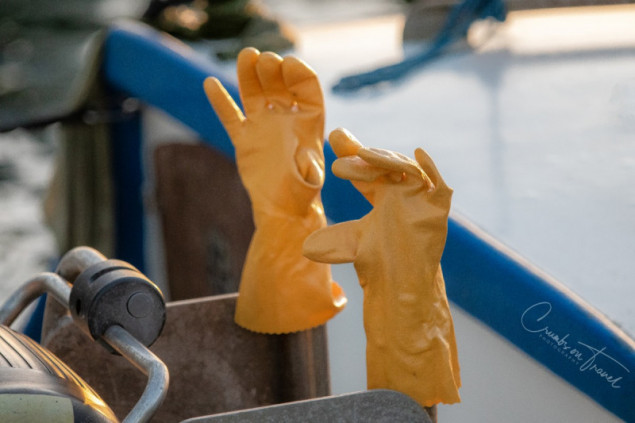 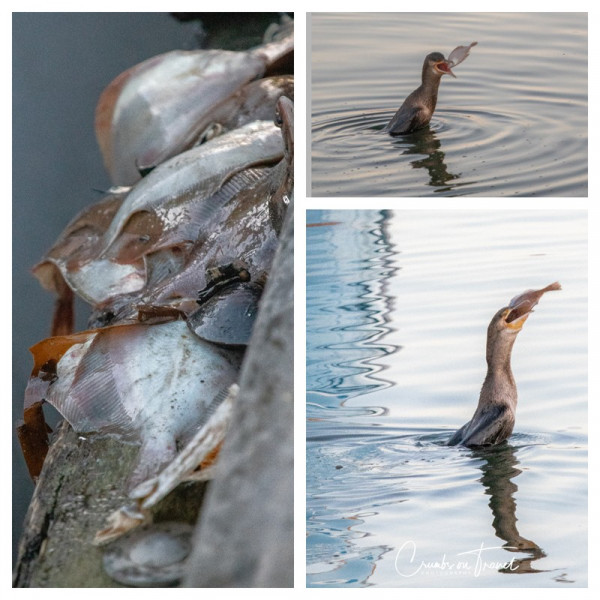 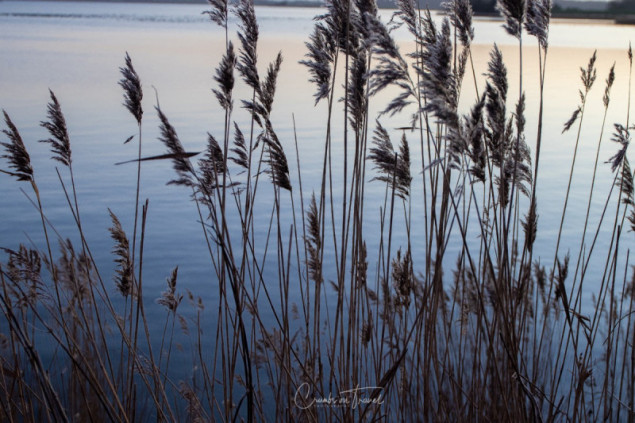 For further information:
A website about the Geltinger Bucht and Maasholm

A Slavic Castle and a Schnitzel
Ostriches Farming - South Africa in North Germany
The Dream of the Duke
This entry was posted in Europe, Germany, ON TRAVEL, Schleswig-Holstein and tagged Schleswig-Holstein. Bookmark the permalink.