A Day and A Half in Karlovy Vary

Some time ago a very good friend of mine from the US came over to Europe to take a spa holiday in the Czech Republic. More precisely in Karlovy Vary, the former Carlsbad. I have never been to the Czech Republic and I was determined to see my friend wherever she was in Europe. I haven’t seen her for ages and I was curious to visit a place which is still famous for its healthy drinking water. 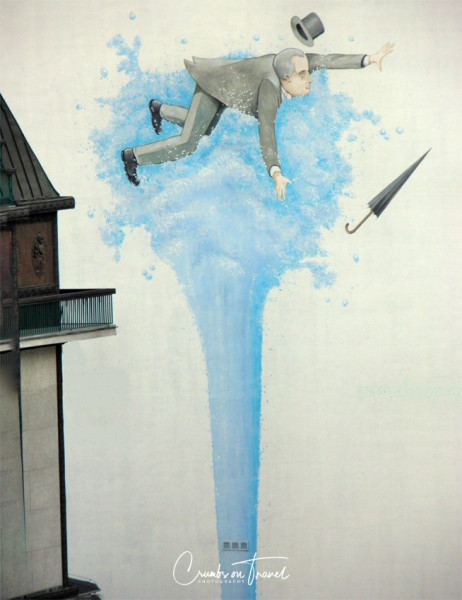 So when she called me to tell me which weekend would be best for me to come over I immediately said yes and she booked a room for me for one night only. So that weekend in May I put a few things in a bag and off with the car. At that time I stayed in Northern Germany near to Hamburg in a beautiful city called Lübeck where at the seaside my mom has a huge apartment that is mine now. Leaving in the morning around 9 o’clock I thought to arrive around 3 pm. It took me half of the way on motorways passing Leipzig, from Dresden South to Chemnitz and then through the forests of the Ore mountains. A beautiful area I confess and I really would like to go there another time again. In a really very small village called Oberwiesenthal I passed the (invisible) border. Another 20 kilometers later I entered the city of Karlovy Vary.
Having my printed Google description of the way I arrived very fast at the hotel. I parked outside, entered the hotel and there she was: sitting with a beer in a big chair and waiting for me! We were so happy to see each others (after nearly 25 years I think). Well, I booked in, they parked the car for me in the hotel’s garage and then I dedicated myself completely to my friend. We had a wonderful afternoon and evening. 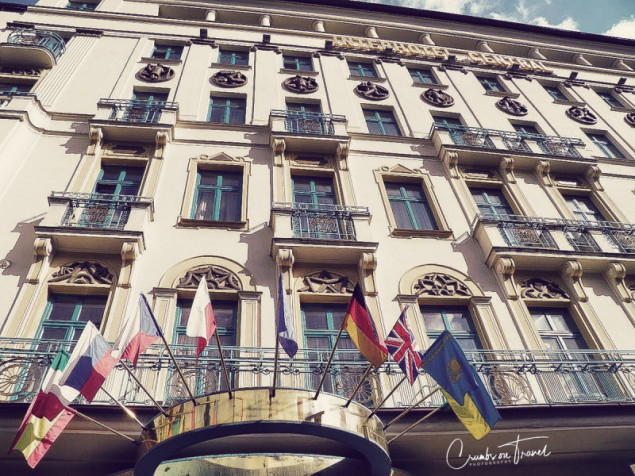 Some words about the hotel: the Interhotel Central is situated in the heart of the old town and very easy to find. It has a little the old charm with a certain touch of modern. The 4*- hotel offers comfortable rooms that have even TV programs in different languages (I watched Italian and English, but there where Russian and German too). As the Spa zone in the center of the city is prohibited for parking cars there is an internal garage (like a lift) in the hotel. My single room was ok. There was enough space, a comfortable bed, a desk and stool, a small TV and the bathroom was fine too. It had also a hair dryer, bathrobe and slippers I remember. The restaurant was a little bit old fashioned and had seen better times for sure but it had charm. I had breakfast with a lot of varieties of bread, diaries, tea/coffee/chocolate, jam, cereals and much more. I had also one dinner I don’t remember well exactly the menu but it was fine too. Many Russian guests are in the hotel but at the reception they speak perfectly English without any problem. The usage of the pool is included but I didn’t swim, I thought the water too cold for me. 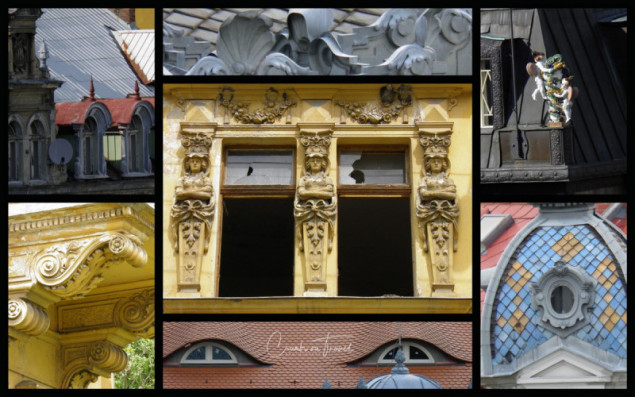 The next day we had breakfast in the later morning and after we took a ride to Mariànské Làznè or Marienbad. The weather was cool but sunny and my friend wasn’t there before. It was a good possibility to have a look at it. Before leaving I asked one night more to stay so we could have the whole day for us. 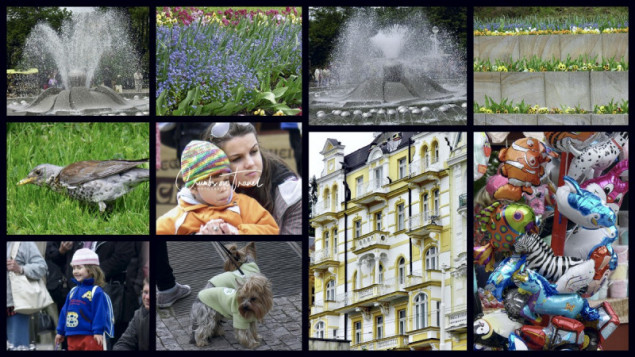 Marienbad is a spa town like Carlsbad and very similar. We found a good parking place just in the middle of the town. It has carbon dioxide springs which in the second half of the 19th century was a spa place for the European high society. Like in Kalovy Vary the buildings are old, very beautiful and impressive. We had a look in the spa center trying out some waters with totally different tastes. In the park the singing fountain is a great attraction and many people were waiting to listen to at noon. Well, it was nice but nothing really ‘wow’. We saw a group of young girls and boys in traditional dresses which looked really beautiful. In the colonnade we saw wonderful ceiling paintings and timber work as well. 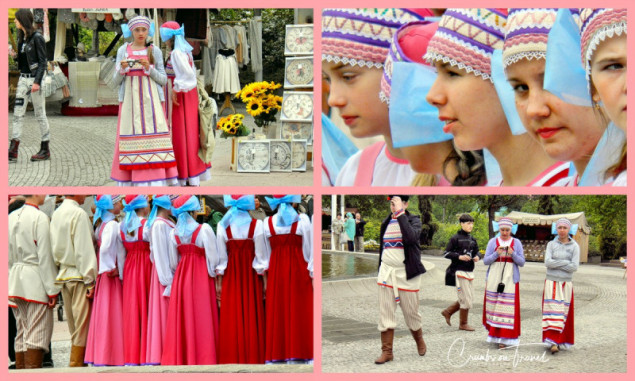 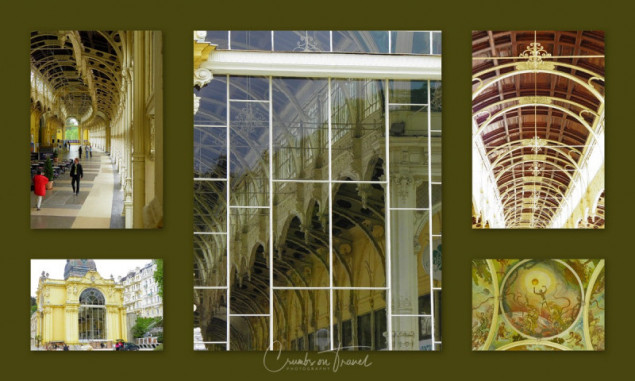 We left after a few hours going back another way we came. We had a beautiful walk in the center in Carlsbad, visiting the colonnade and the drinking hall, a little shopping, a nice restaurant with good wine and food and some life music in the place. We stayed up till late in the night. 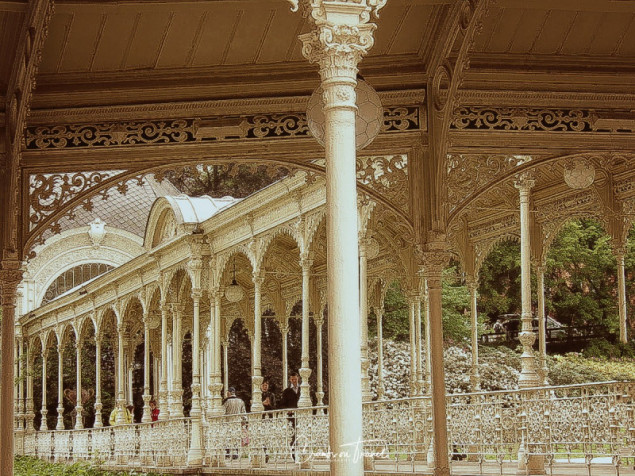 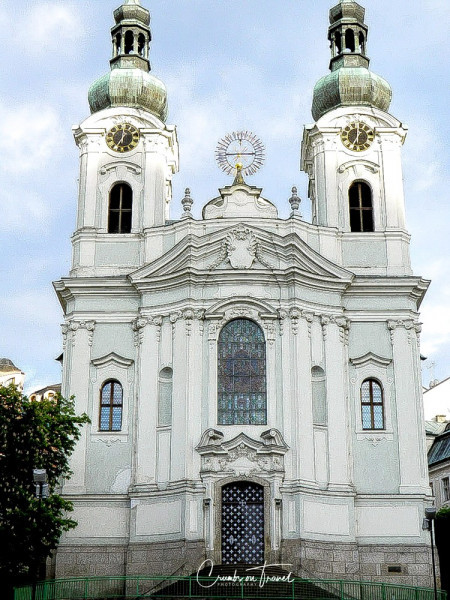 On Monday morning my friend had her spa appointments and I took the time to do some readings, writings and such things and waiting for her. We had a nice lunch together and then I left around 3 pm. Their was a funny ending of my stay: when I left I had to take my car out of the garage. No problem, they told me what to do. I did exactly what they said and nothing happened. After thinking about it and being sure it was not because I am so stupid I got back to the reception. I told them it doesn’t work and asked them if the electronic maybe was affected by the earlier short black out. No, nothing to do with it and they will show me now. I love those moments when people are sure about themselves and me only a little bit stupid. But maybe I really did something wrong? But I didn’t. Nothing happened when they tried to open the garage. And at least they had to restart the whole program to fix the electronic problem that came from the black-out earlier. Happily I could leave one hour later and arrived at 10 pm back home.

I enjoyed the time with my friend like crazy. And I loved to see a famous place like Carlsbad with old architectures. The water is for sure still the same as good as centuries ago and the lovely nature gives also a great possibility for relaxing, hiking and more. Even Johann Wolfgang von Goethe was there. And me too! Not the same time of course! 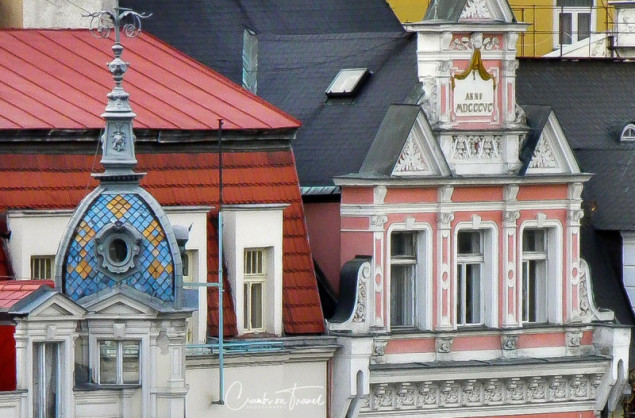 For further information:
Website of the Interhotel Central
Google photos from Karlovy Vary

From Vitek to Rosenberg – the Castle of Český Krumlov
Photographer at a Wedding in Český Krumlov
Czech Renaissance Gem: the Bohemian City of Krumlov
This entry was posted in Cech Republic, ON TRAVEL and tagged Czech Republic. Bookmark the permalink.

2 Responses to A Day and A Half in Karlovy Vary