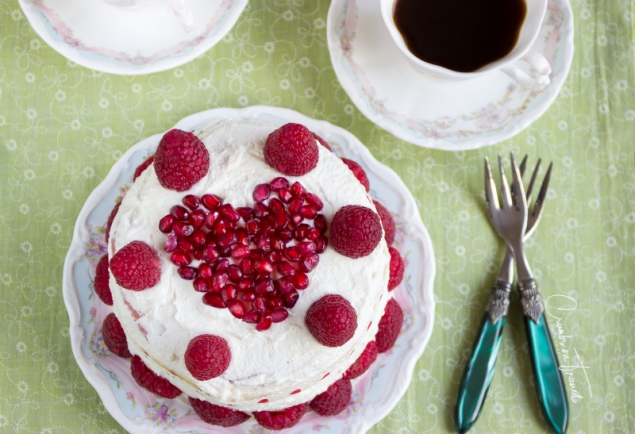 This red layer cake has its origin in the Southern cooking of the USA. I have seen cup cakes and cakes on the Internet and think it is one of the most photogenic cakes. And a very appropriate one for Saint Valentine’s Day of course.

The velvet cake is an invention from the Victorian era (mid to end 19th century). It was so called because of the smooth texture of the cake. The same time appeared the Devil’s cake. They are very similar and the only difference is that they used chocolate for the Devil’s cake instead of the cocoa like in the velvet cake.

The New York Waldorf Astoria Hotel served the cake in the Twenties of the last century as a specialty of the house. And still today it is the most sold cake in the hotel.

During WW II beet juices were used for the coloring. Today it is red food coloring is mainly used. Originally the red color came from the cocoa reacting chemically with the acid in the buttermilk and the vinegar, which is a key ingredient.

A friend of mine sent me a video of an Italian cooking site where the red velvet cake was shown. She wanted to prepare the cake for Saint Valentine’s Day and asked me if we want to do that together. I agreed and prepared a more paleo/keto version with all-purpose paleo flour, ghee and coconut cream instead of wheat flour, vegetable oil and whipped cream.

I like how the cake came out. Tasty, really ‘velvet’ and very easy to prepare. The ingredients are just mixed together, then baked and composed in layers with cream cheese in between. The decoration with red fruit makes the cake fresh and very ‘love’-ly.

The recipe I got on this page (in Italian). My friend sent me the video. 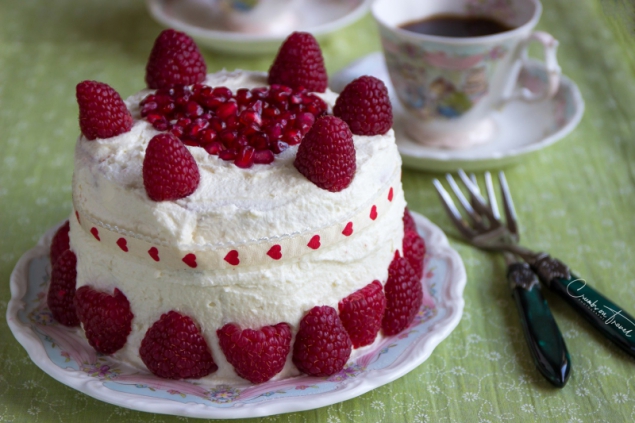 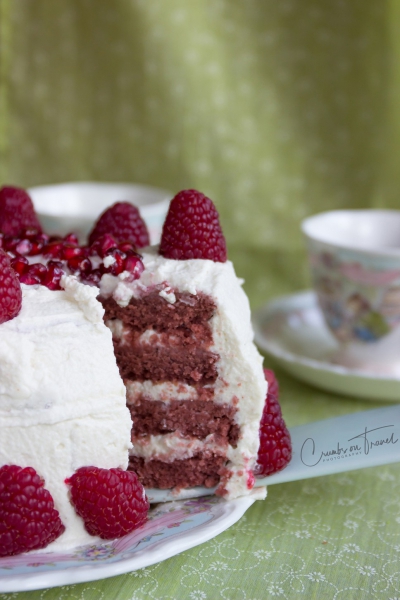 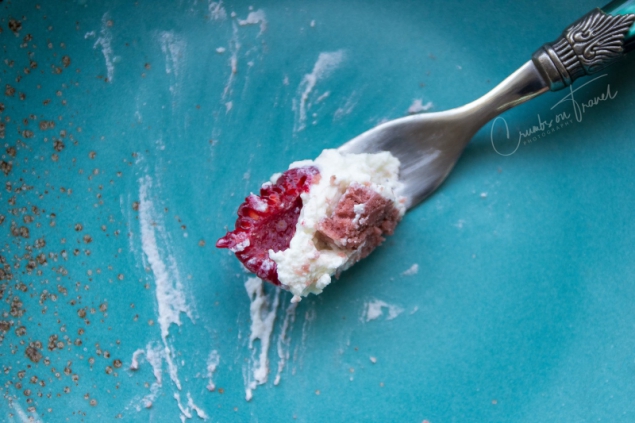 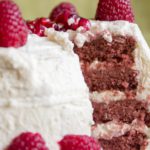 If you don't find or want to use buttermilk, you can make some acid milk by yourself: 125 gr dairy free yogurt + 135 ml nut milk + 1 tbsp of lemon juice. Mix all well.

Beetroot powder gives a nice dark red color, nearly purple. If you want to have a nice red use a few drops of food coloring.

You can give the cake batter any form you like. Square or round doesn't matter. Put the batter thin enough to have 4 equal slices in the end. Or bake already the size and shape you want the cake and just cut the sponge cake horizontally in 4.

You can decorate the cake with all kinds of red fruit or other. A nice decoration with beetroot powder is also a good idea.

A Honey Cake for A Windy Afternoon Tea-time
A Memory of My Granny – Butterkuchen
The Top on the Bottom, the Bottom on the Top – Upside-Down Pineapple Cake
This entry was posted in CRUMBS, desserts, recipes and tagged cake. Bookmark the permalink.