A Bridge of Jewels – Ponte Vecchio in Florence 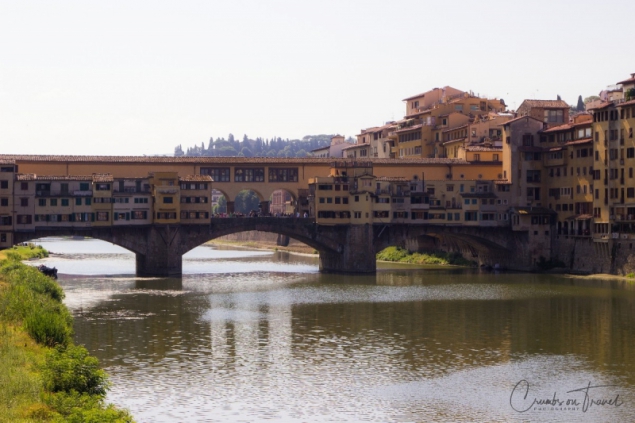 The Ponte Vecchio is one of the symbols of Florence. It is a stone bridge full of shops that crosses the river Arno. It’s one of more than half a dozen bridges that connect Florence from one to the other side of the river. And for sure it is the best known and most visited one. 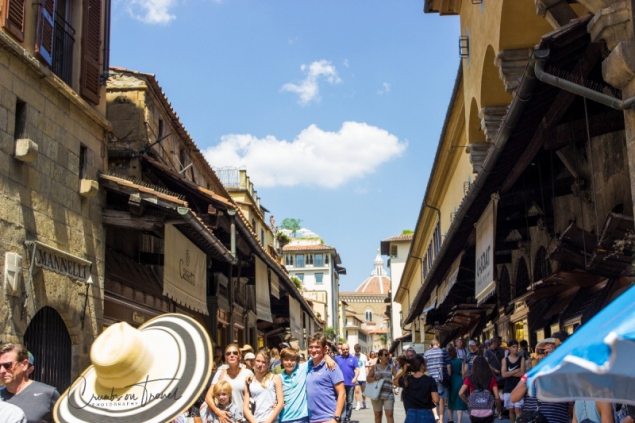 The medieval closed-spandrel and segmental arch bridge is built at a point where perhaps Romans once already built a bridge, because here the Via Cassia was going over the river. Maybe there was non because the river at this point is not only at its narrowest point but also a ford. Florence was founded in the first century B.C. For more than 1.000 years there is not much about a bridge in this point, but there has been always one. Many times for sure it was destroyed for reasons of war or also flooding.

In 1177 there was built a better one of stone but was lost in 1333 with another heavy flood. So the bridge was reconstructed in 1345, maybe after the design of Taddeo Gaddi.
A hundred years later the authorities decided to put the butchers of the city in the bridge’s shops because this way they were out of the streets with the smell and also the waste could disappear directly into the river and washed away. Smart idea, I think. The bridge this way became the market for meat. The butchers became shop owners and started to build more rooms for them which made the appearance of the bridge more odd.

In 1565 the architect Giorgio Vasari built a corridor of about 1 kilometer to connect the Palazzo Vecchio with the Palazzo Pitti, the administrative and political center with the private house of Cosimo I de’ Medici. It is called ‘corridoio vasariano’ (Vasari corridor) and goes for a part over the bridge on the top of the shops.

In the end of the 16th century Ferdinando I ordered the goldsmiths and jewelers in the shops of the bridge. The butchers had to go because the smell of the dead animals was unbearable in the corridor passing over the shops.

Today there are still jewelers and goldsmiths.

The bridge is built in three arches over the river Arno, is 30 meters at its widest point and 95 meters long. At all 4 corners there was once a tower, today there is only one original tower, the Torre di Mannelli. 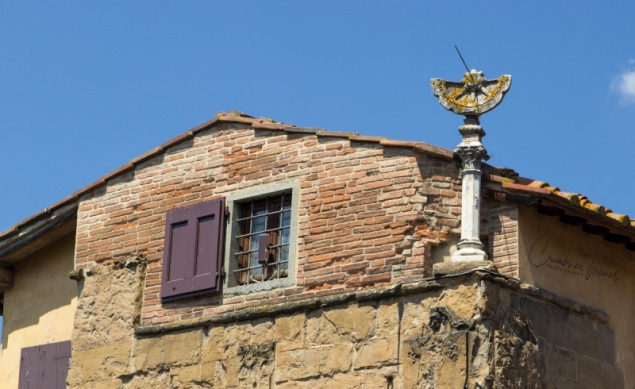 If you enter today the bridge, it is still very much crowded. Meanwhile, it was once for buyers, today it is more by tourists from all over the world taking pictures, eating ice cream and having an interested look into the amazing shops. I could do only some window-shopping, but that was perfectly fine for me.

The stores have nearly all some extra room built by the butchers centuries before. These rooms are high 4 stories and in the middle – even higher than the stores – there is the corridor running. The bridge is a great subject to photograph from far away, the best maybe on a boat. On the bridge there were too many people for me and I didn’t really enjoy passing over the bridge. Evening hours will be much better or very early in the morning with fog on the river…. 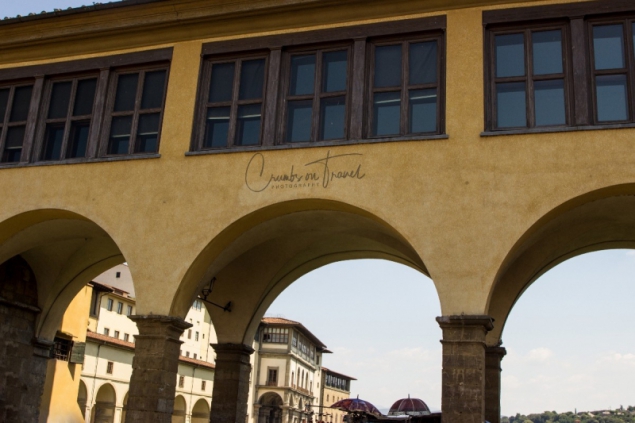 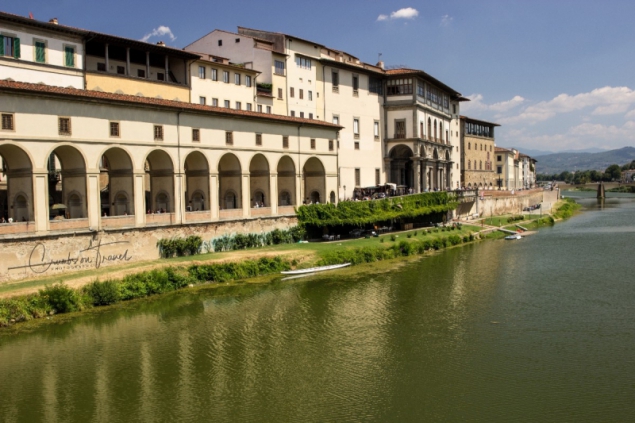 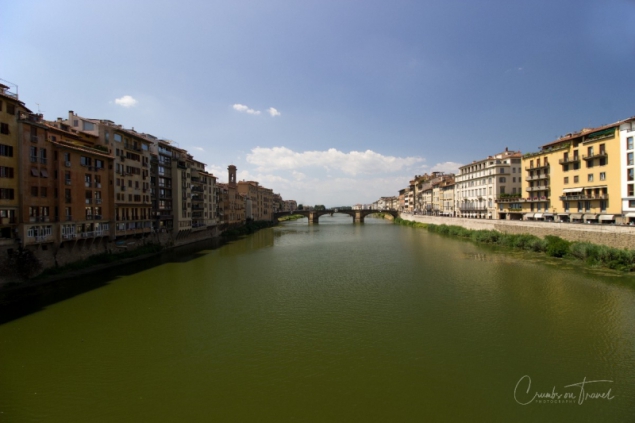 One of the Oldest Buildings in Florence – The Baptistery
Never Judge by the Outside – Basilica of San Lorenzo
414 steps on the Giotto's Tower of Florence
This entry was posted in Europe, Italy, ON TRAVEL, Tuscany and tagged florence. Bookmark the permalink.