3 Steps in Bruck an der Mur in Austria 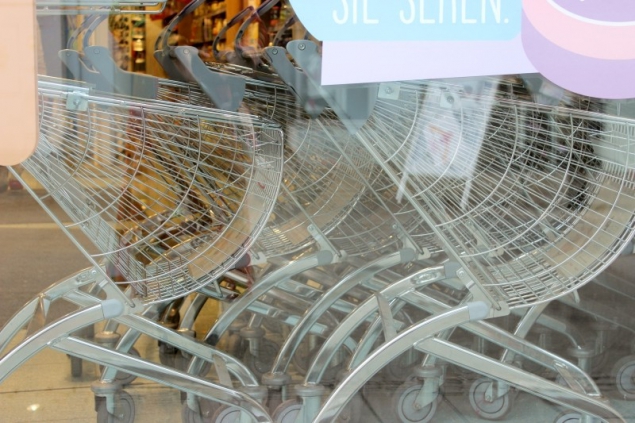 Sometimes I have the possibility to visit interesting places in Austria. When I am visiting my friend Andreas who is a well known travel blogger always directs me in places with something special. Bruck was just on the way to Zeltweg where we wanted to visit the Palace Farrach. 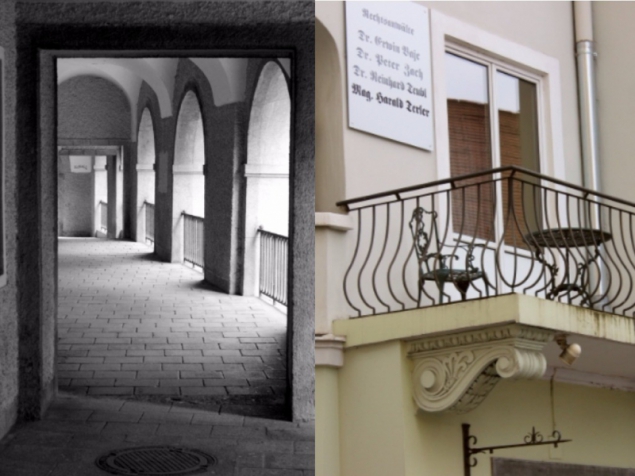 We stopped at Bruck first of all to have a nice coffee in a nice cafeteria at the Einkaufscenter near to the station. But later we had a walk into the town center as well. And there are some surprises.

The church was closed unfortunately. But I had a look through the window and could do a photo as well. The church is a 15th century Gothic construction. I liked the arcade walk on the back side. Just opposite there is a house with a balcony and a sign for lawyers written in ancient German. 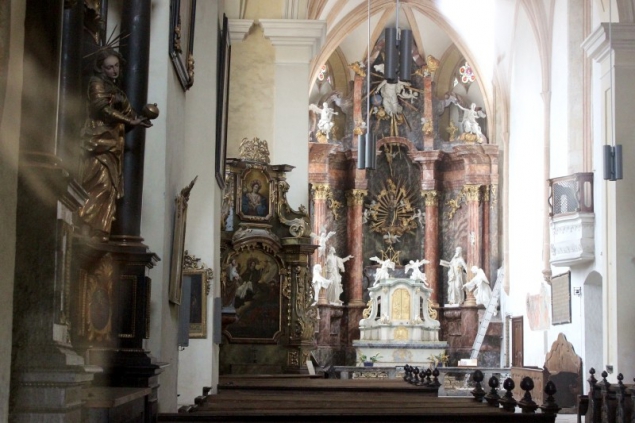 A relatively insignificant house with a coffee shop in has at the side an interesting sundial matching to the colors of the coffee shop name. 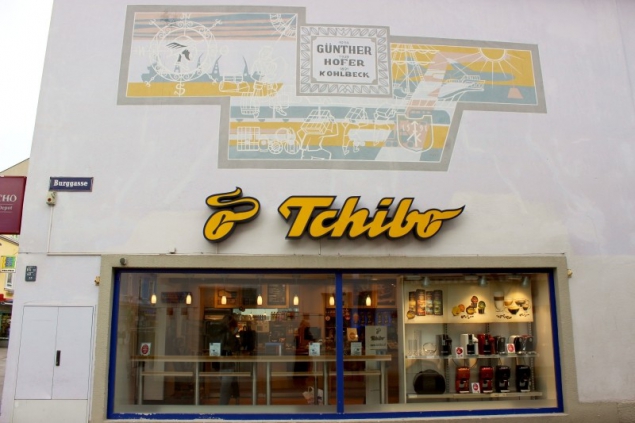 The center with the market place offered another ‘wow’ effect: a long modern, orange building and some sculptures which represent the daily life of the mountain town. 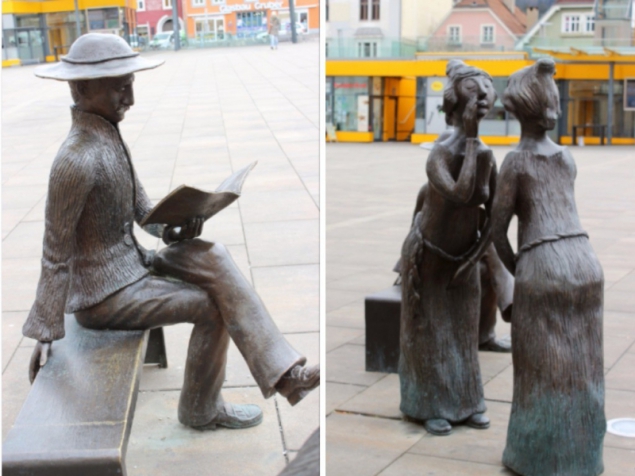 On the other side of the main place there is a beautiful iron well with a lace-like dome. From here the view on the Kornmesser House in the Venetian style is extraordinary. 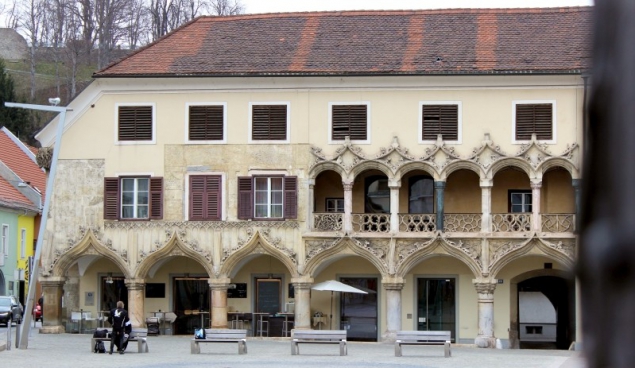 The town of Bruck is known since 860 when here an archbishop of Salzburg had a manor of his. The place changed its name various time and as Bruck it is known only since 1263 when it was re-founded by King Otokar II of Bohemia. He built the city walls for example. 15 years later it got its town privileges and became an important medieval trade center for iron work. 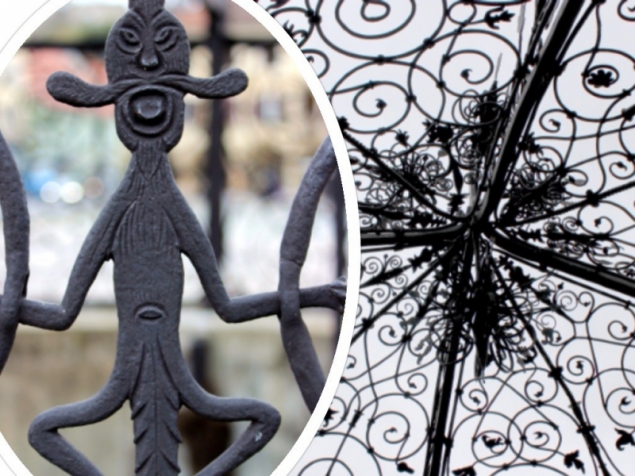 For further information:
Website of Bruck a. d. Mur (in German)
You may also like to read:
Discovering the Most Interesting Cities in Austria – Graz
A Nearly Rainy Day in Frohnleiten, Styria
A Culinary Tour in Graz – Markets and Cafeterias

The Eighth Wonder of the Oldest Remaining Monastery in Styria
Transparent Beauty – At the Glass Manufacturer in Neuberg a. d. Mürz
A Cistercian Monastery in Neuberg an der Mürz
This entry was posted in Austria, Europe, ON TRAVEL, Styria and tagged Styria. Bookmark the permalink.