Ludwigslust Palace is a wonderful palace just 40 kilometers south of Schwerin. And like all great royal homes it has a very huge park for leisure. The gardens are open all year long and there is no entrance-fee required. The best time to visit them is together with the palace during spring and summer time when all is in bloom.

We visited the park during summer and it took us two hours to walk only in the nearest surroundings of the palace. We saw a few of the many attractions. 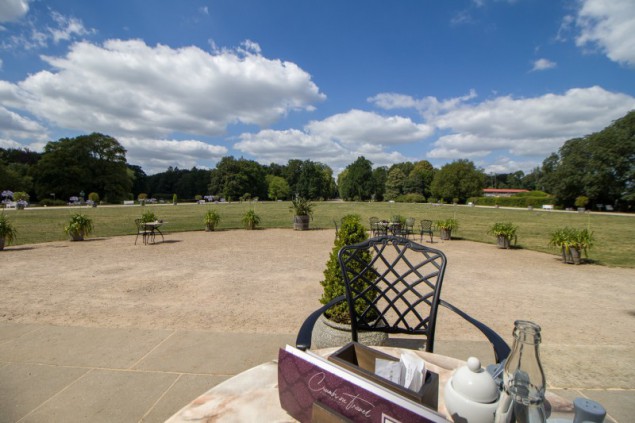 The park is one of the biggest and various parks of the Mecklenburg-Vorpommern region in the north-east of Germany. It has many bridges, water features, a Mausoleum, a church, a Swiss house and a lot of old trees.

Around 1760 the park was created in the Baroque style of the time and included part of a mixed woodland. In the middle of the 19th century the park was changed again by Peter Joseph Lennés.

You find a Neo-Gothic church (the first in Mecklenburg), a Catholic church from 1803, there is a mausoleum of the Princess Helena Pawlowna, duchess of Mecklenburg-Schwerin, from 1806, there are several pavilons and busts, sculptures and even an artificial grotto (which didn’t impressed me much).

The park has many canals with the longest of 28 kilometers. They were used in the first moment for transporting the construction material and only later became part of the garden design. They are beautiful, especially the main canal with a lot of flowers, cascades and water features.

Beautiful is the stone bridge. In the right light you can take amazing pictures here. It was built in 1780.

The Swiss cottage was once the summer house of the duchess and still looks like from another world. Unfortunately it was closed the days we visited the park, and we couldn’t even look inside. The cottage was built in 1789/90 as a country cottage for the duchess Louise. On the upper floor there are mural paintings I would have liked to see. It is not sure if they are realized by the Italian painter Pietro de Angelo.

The Catholic church is beautiful, especially in the early evening sun. It was completed in 1809 and is the second oldest Catholic church in Mecklenburg. Neo-Gothic and brick, three-aisled interior, octagonal pillars, a wooden stellar vault and very high lancet windows – a real masterpiece of architecture. The bell tower is separated nearby on the other side of the church pond.

I enjoyed my whole time in Ludwigslust but mostly in the park. Amazing nature and a real good eye for the combination of different places, alleys, ponds, benches where to rest, bridges…. I can see how the duchess and the duke, the ladies-in-waiting and visitors liked to stroll in this environment. 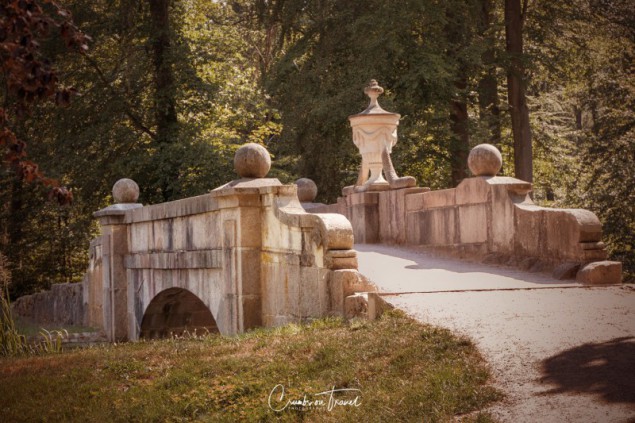 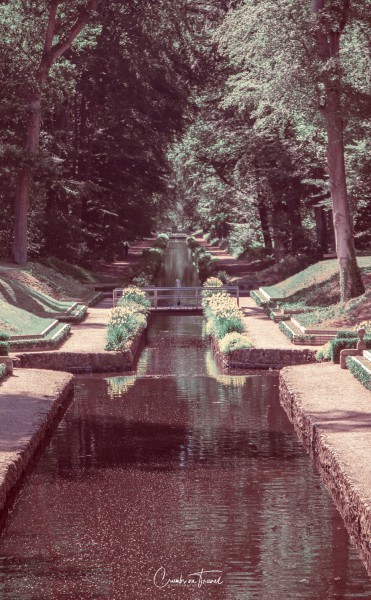 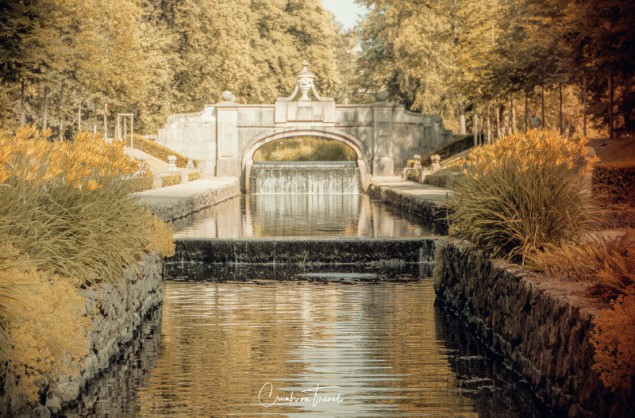 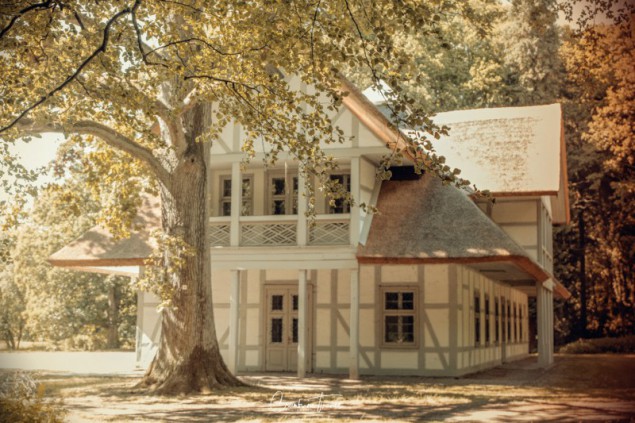 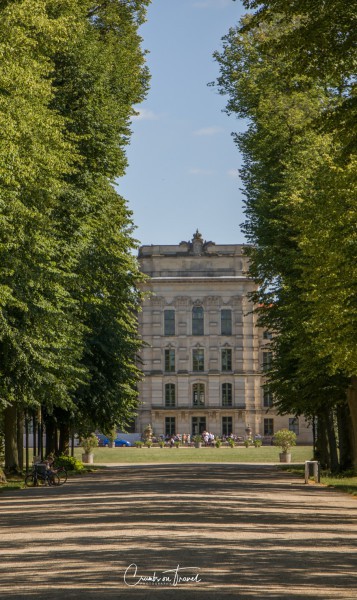 For more information:
If you want to see more pictures about Ludwigslust Palace
More about the region Mecklenburg-Vorpommern

Pomp and Splendor in the Ludwigslust Palace
A Church in the Guise of a Dorian Temple
This entry was posted in Europe, Germany, Mecklenburg-Vorpommern, ON TRAVEL and tagged ludwigslust. Bookmark the permalink.